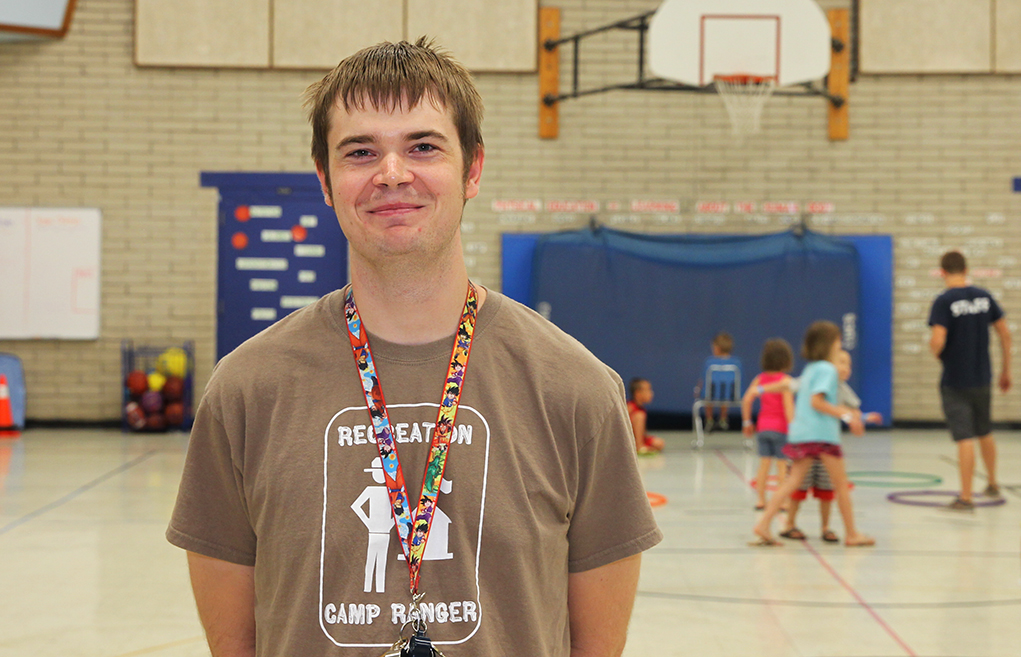 It began as a teenager when he needed something to do in the summer. It’s what led 29-year-old Eric Overfield to the city’s Parks and Recreation summer youth programs.

“I started as a volunteer when I was 13 or 14 years old,” Overfield said. “I worked there every summer. It’s half of my life I’ve been involved with the programs one way or another.”

Yesteryear, Overfield was a student in the program before he needed something to do in the summer. Today, Overfield is on staff all year with Parks and Rec’s summer and after-school programs for youth. Currently, Overfield, Recreation Leader II, is working with the younger group of 130 registered students during the seven-week Nautilus Summer Program.

“I feel like I work much better with this age group as with the older groups,” Overfield said. “I teach or make sure the kids have a good time. It’s just a really good place for me to work at.”

The age group is grades K-5 at Nautilus. There are other groups of this age enrolled at similar summer programs at Smoketree and Jamaica elementary schools.

There is another summer youth program, Camp Iwannago, for grades five-eight at Thunderbolt Middle School, too. 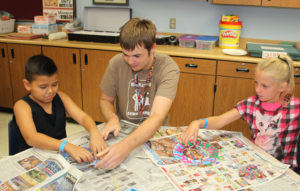 At Nautilus, the younger students are involved from 7:30 a.m.-5:30 p.m., Monday through Friday. Activities include a station for board games and video games; a station for imagination and pretend-time toys; a Think Tank structure that centers on analytical thinking skills; and an art room for crafting masterpieces for show at home.

Math, science and physical activity also are in the mix. The program works on a station rotation basis every 45 minutes.

As a program participant as a child, Overfield said he most liked the video games on his rotation into the gaming station.

“It’s the same but with some things tacked on, like the Think Tank,” he said. “It was more basic back then.”

Field trips are another part of the current program. They occur most days and include trips to the Aquatic Center for swimming; Movies Havasu for movie-watching; Havasu Lanes for bowling; Arizona State University for a water day; and Grace Arts Live to see a show.

“I’ll find at least a little bit of enjoyment seeing the kids have a good time,” Overfield said. “If the kids are safe and having a good time, then I’m having a good time … This place, it’s a very good place to go if they can’t afford daycare. There are a lot of options and choices. It’s very few who don’t find something they enjoy here.”