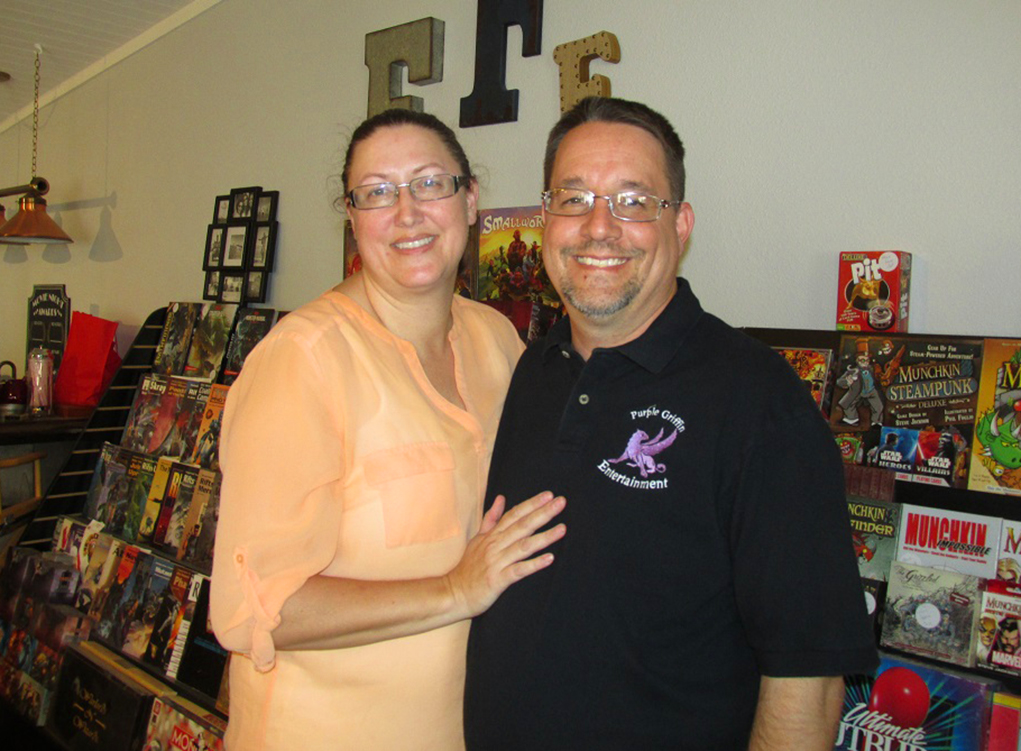 It’s the Laugh Out Loud Funny Papers, Hava-Geek Podcasts, Havasu Online TV, silver screen advertisements at Movies Havasu, and voice-acting video game characters that make up the days of Drake and Julia Finney, both of Havasu.

The Finney’s reached a grassroots milestone in Lake Havasu City when they recently posted their 50th Hava-Geek podcast.

“It’s a little bit of local stuff and then we geek out and talk about whatever we want,” Drake Finney said.

Comic books, television shows, movies, video games or board games are among Finney’s geek-out topics. The weekly podcast was created in September 2015, with the help of Mike Woodard, also of Havasu. Each show is about a half hour. It’s available on Internet outlets including iTunes, Google Play, Satchel and Sprout. 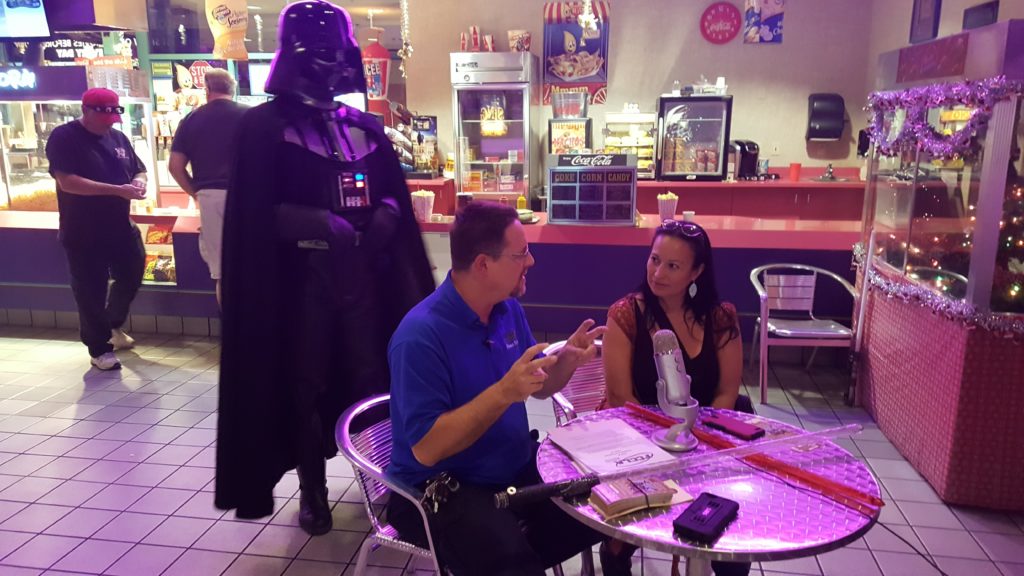 The Finney’s create advertisements for the big screen at Movies Havasu.

“The ads usually were changed yearly, but now it’s weekly,” Drake Finney said of the uptick in silver screen ads. “We are working to bring back cartoons and funnies to the movies.”

At yesteryear’s drive-ins and movie theaters, the cartoon images that kept big screen advertisements light and fun before show time were part of the movie trailer package at one time. Today, that’s not the way of it.

“It’s the nostalgia of going to the movies as a kid,” Julia Finney said. “Let’s go back to what we knew and enjoyed as a kid and give something to at least chuckle at.

The bi-weekly Funny Papers are distributed at 30 locations in Havasu. Also, there are about 300 subscribers who have the Funny Papers delivered. The publication celebrates its eighth year in Havasu  April 1.

The publication is released on the first and third Wednesday of each month, however the anniversary edition regularly comes out April 1 each year.

The feat is a family business with Brenda Finney, who is Drake’s mother, at the helm.

The live streaming of high school happenings on Havasu Online TV came to fruition in late 2016 during the LHHS football season.

“It really was to get attention on the state of the school’s track and field,” Drake Finney said.

In the end, the effort not only created feedback from the community as to what they were seeing during the live feed, but also discovered an interest in the community for such things. For example, the Finney’s used Havasu Online TV to live stream the London Bridge Days Parade in October 2016. It netted 124,000 viewers that day. It was a toss-up as to the furthest viewer – both were in Germany.

Since, the duo has live-streamed the Veteran’s Day Parade on McCulloch and the Boat Parade of Lights in Bridgewater Channel to the platform. Havasu Online TV also shows tape-delayed recordings of Havasu 95 Speedway. They’re unable to live stream from there because there are no internet services.

Drake Finney, moved to town from Denver, Colo., when he was 15 years old after learning many Lake Havasu High School’s students head to the beach after their school day. After graduating LHHS in 1990, Finney enrolled in Arizona State University, in Tempe. It is there he embraced his love of acting while studying drama and technical theater.

“Technical theater is the lighting, the sound, the set design, and the set building,” Drake Finney said.

After college, Drake worked as a teacher for a decade, including teaching fifth-graders for seven years in Mohave Valley, and teaching math and science for three at Daytona Middle School, in Havasu, before it closed.

Drake works as a voice-actor for video games that are set to be released in the U.S. in the next six to 12 months.

Julia Finney, who has lived in Havasu 15 years, grew up in the rural area of Lake County, Calif. She is involved with the International Order of the Rainbow Girls. Together, the couple raised their four girls, including Sabrina Louridas, Sadelle Finney, Helena Louridas, and Marianna Louridas. 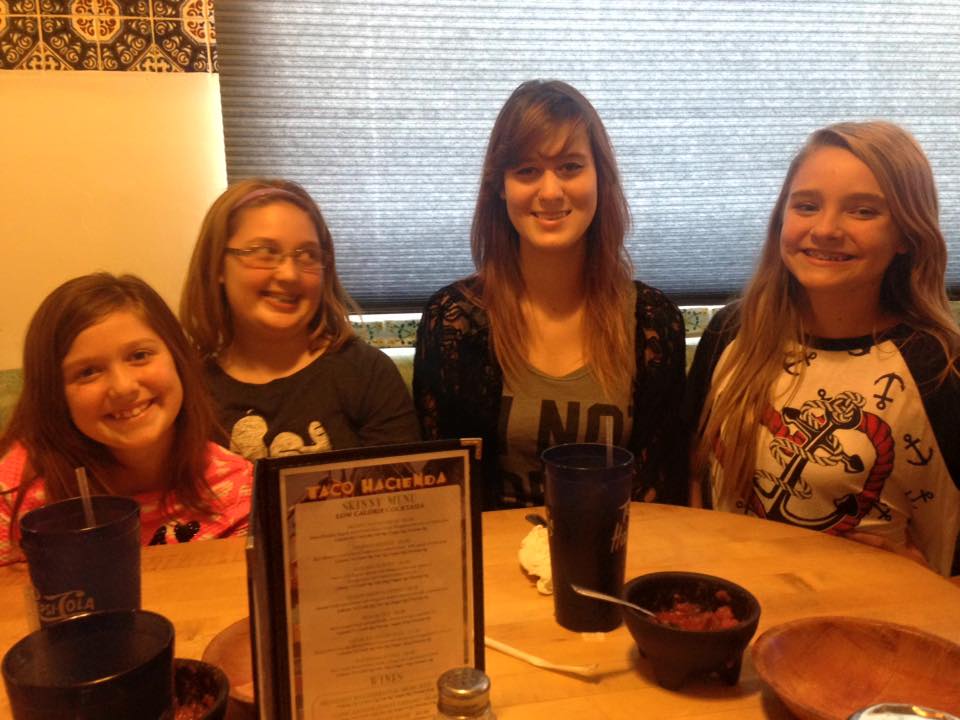 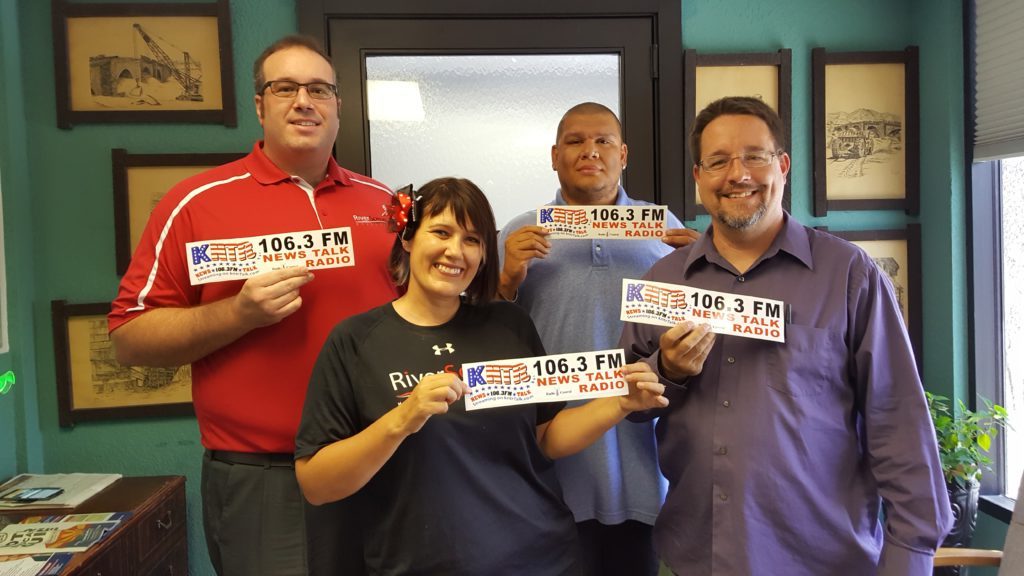 Disclosure: Riverscene Magazine and The Finney’s work together to cross promote. Riverscene readers will see the Hava-Geek Podcasts and Havasu Online TV links regularly shared on our website.