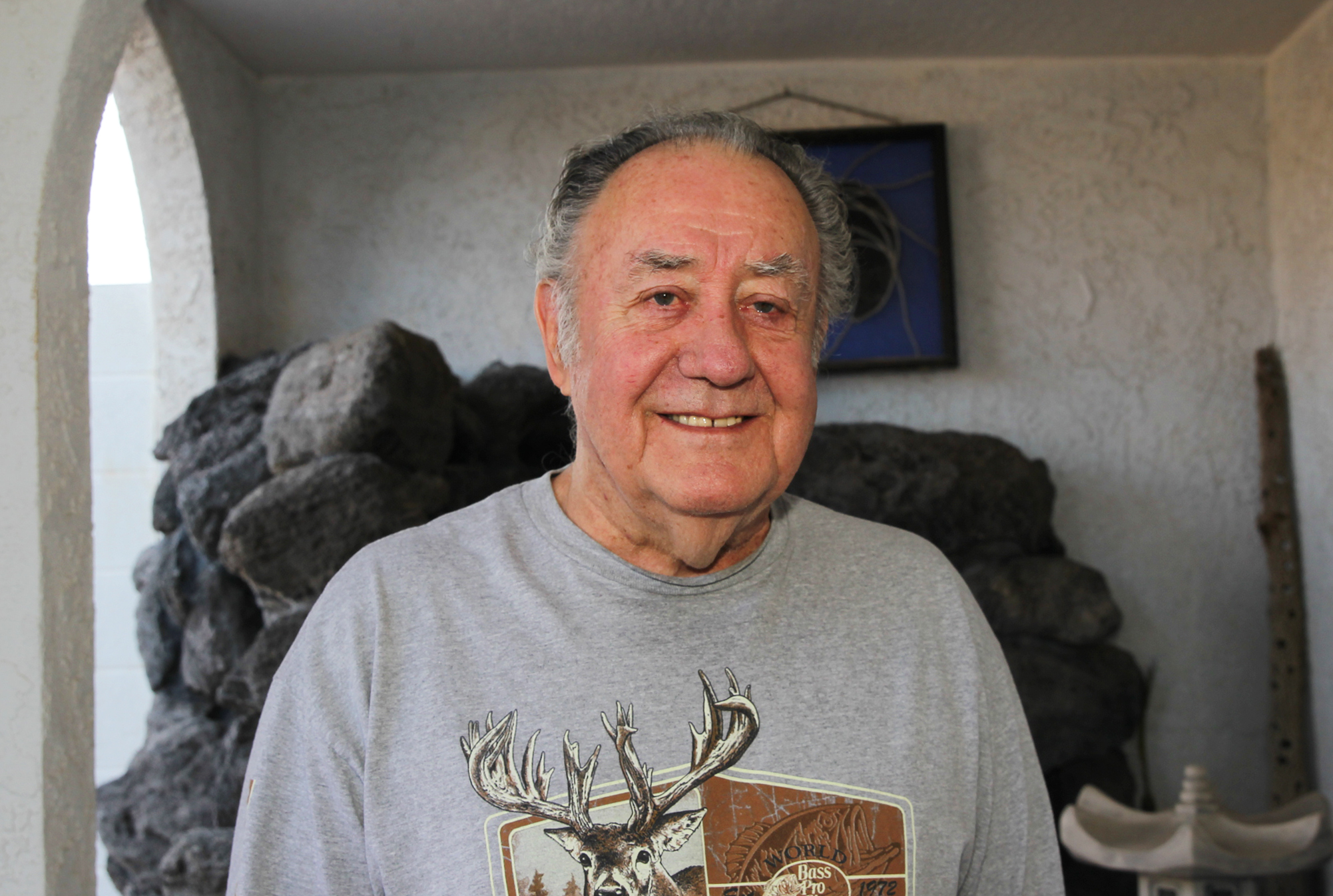 Gary McLearn, 78, of Lake Havasu City, was a union painter’s apprentice who helped prepare Disneyland’s Main Street for the grand opening in July 1955.

It was his junior year of high school in 1955, McLearn was 17 years old. A friend of the family was employed at the under-construction Disneyland, in Anaheim, Calif. It was a connection that landed McLearn a three-month apprentice painter’s job.

“I did a lot of sanding and cleaning brushes,” McLearn said of his work at the happiest place on earth. “It was the union so it was very tight on who did what. We started on Main Street, went out into Fantasy Land and then they went on around to Jungle Land.”

There were two guys on the job who could paint anything to look like marble, or hardwood.

“They were as advanced as a painter could get before being an actual artist,” McLearn said.

Some of the technique’s McLearn saw came in handy when he was tasked with painting the base of the iconic flagpole at Disneyland.

“Under the railroad tracks, there is a big flagpole with the base that is painted to look like brass,” McLearn said. “Ten years later, I went back and I think it was still the original paint job that I did.”

Since, the McLearn’s have visited Disneyland at least 20 times, and many children and grandchildren have been photographed with McLearn’s flagpole-base masterpiece.

“There was a lot of people, a lot of workers,” McLearn said of the yesteryear job site. “Every two weeks Walt Disney would walk in and walk around. He was very personable and would wave and say ‘hi’ to all of the workers.”

McLearn recalls cameras on-the-job so the progress at the Disneyland construction site could be monitored, and hot-lunch trucks that would have to line up and wait for the exact moment for which Disneyland allowed them to lift their lids and serve the 500-some workers.

“They would get mobbed,” McLearn said of the lunch trucks.

The job came with the added perk of the employee’s Disneyland opening, which was the night before Disneyland officially opened its doors to the public in July 1955.

“It was the grand opening for family and friends,” McLearn said. “There were free rides and they had hot dogs for us. It was the test – the night before the real grand opening. There were a lot of breakdowns with the rides.”

The rides that involved water all seemed in working order, as was the ever-dependable Tea Cup ride. But, many of the mechanical rides were not yet working in the park, nor was the tram operating, he said.

It’s the Blue Bayou Restaurant’s Monte Cristo specialty sandwich that tempted McLearn’s taste buds each time he visited, and his favorite ride was the Matterhorn Bobsleds.

McLearn’s wife of 57 years, Sharon, also grew up in California near the new Disneyland. She had family that worked on the rides in the park when it first opened. Her trips to the new theme park were too numerous to count.

“In the summer, we were there every day,” she said. “It was packed constantly. My brother would drop us off and then go and park in the employee parking lot. There was hardly anywhere to park. Everybody loved it.”

Sharon’s favorite ride was It’s a Small World, and, like her husband, the Blue Bayou’s Monte Cristo specialty sandwich is her favorite meal there.

“I was just happy to have a job,” McLearn said of his summer apprenticeship as a teenager. Soon thereafter he made his way into the pool service business, where he spent the next 50 years.

The McLearns have lived 25 years in Havasu. It’s been 20 years since their last trip to Disneyland.

Publisher’s Note: After our interview with Mr. McLearn, RiverScene Magazine found a Youtube video with a time lapse of the construction of Disneyland. This shows the different camera views that McLearn spoke about in the story.