CITIZEN SPOTLIGHT: The Hellers, Popping Up A Good Time In LHC 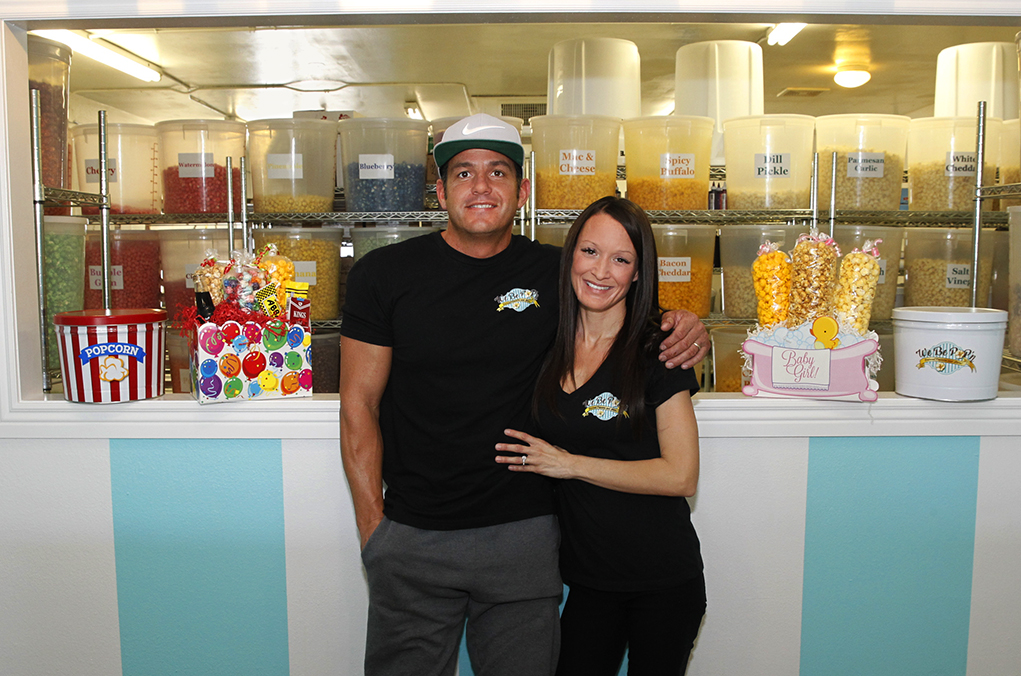 There’s a new storefront in town that showcases 65 flavors of gourmet popcorn, a variety of bulk candies, and several soda pops of yesteryear. Family owned We Be Pop’n recently opened its doors and its charms to Lake Havasu City – with free samples leading the way.

“I make everything from scratch,” said We Be Pop’n owner Matthew Heller, who makes all 65 flavors in-house. “We want everyone to try it and enjoy it before they buy it. We give away free samples.” 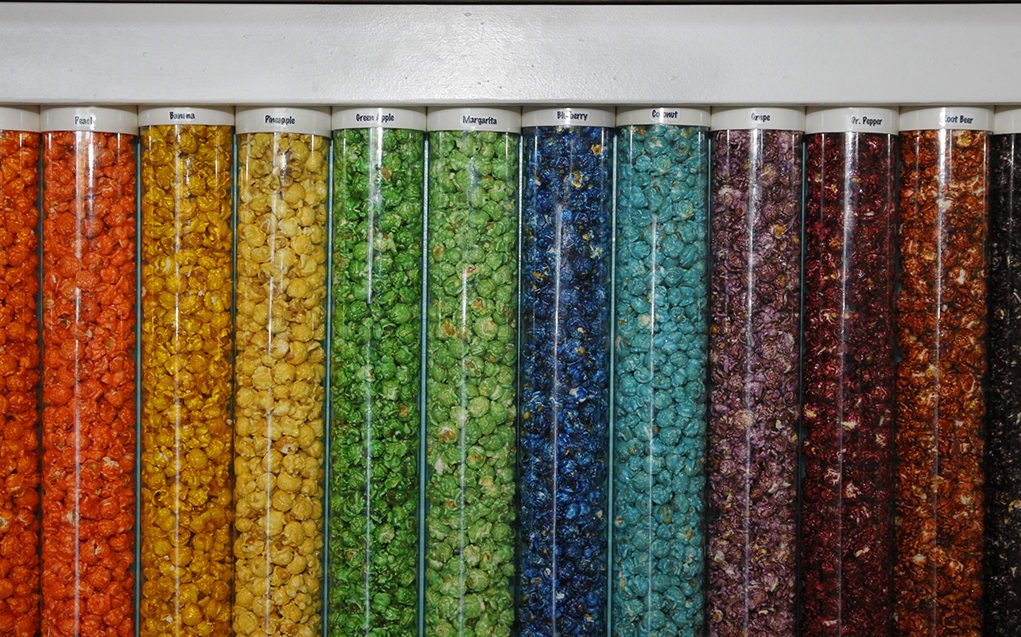 A selection of popcorn flavors sit on display in the store. Jillian Danielson/RiverScene

The selections are bagged in increments of three, six, nine, 26, 42, and 110 cups. Respectively, the mini, junior, small, medium, large, and x-large. Popcorn tins, gift baskets and party bulk are available for all celebrations including weddings, baby showers, birthdays, holidays and football parties.

The Hellers envisioned a nostalgic pit stop when it comes to the retail portion of We Be Pop’n.

“I want everyone to feel like a kid again when they come in,” said wife Krystal Heller, who handles the front-end and retail aspects of the venture. “That reaction right there is what I reached out for.” 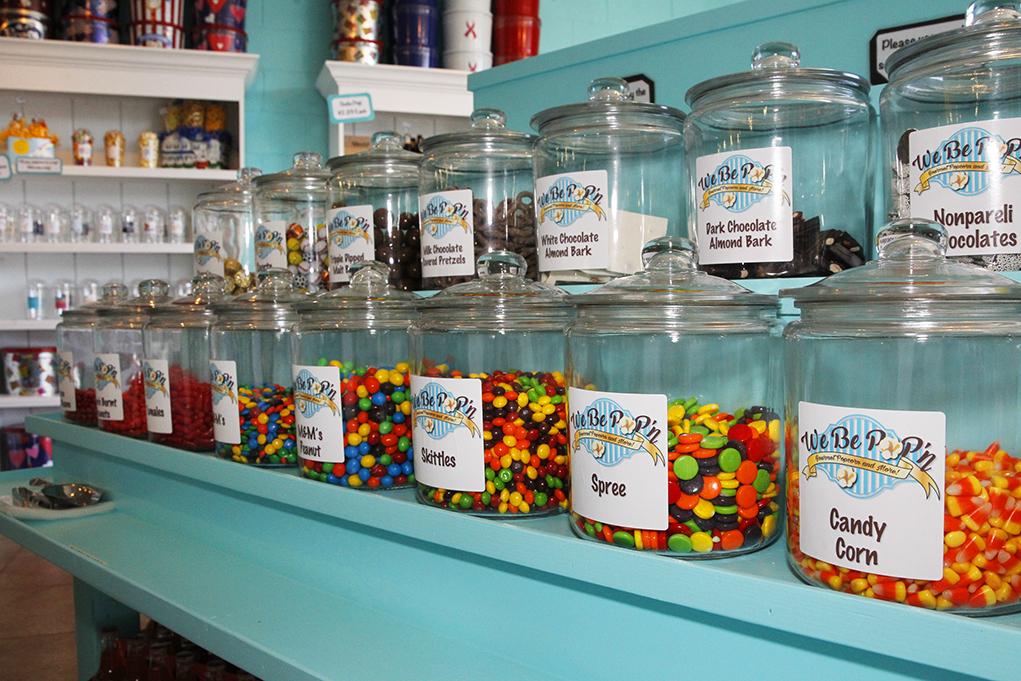 A selection of candy sits on display in the store. Jillian Danielson/RiverScene

With Matthew Heller previously travelling the U.S. for work, the idea of a local niche shop emerged after he saw so many different ones firsthand.

“I wanted to do something for my family, to settle down,” he said.

The Hellers held fast to their idea of popcorn. The process spanned nearly a year for the couple. They signed on for a mentorship that led them to a Texas-based businessman and hands-on training. In short, it was like popcorn college. The mentorship continues as the Hellers move forward in Havasu. 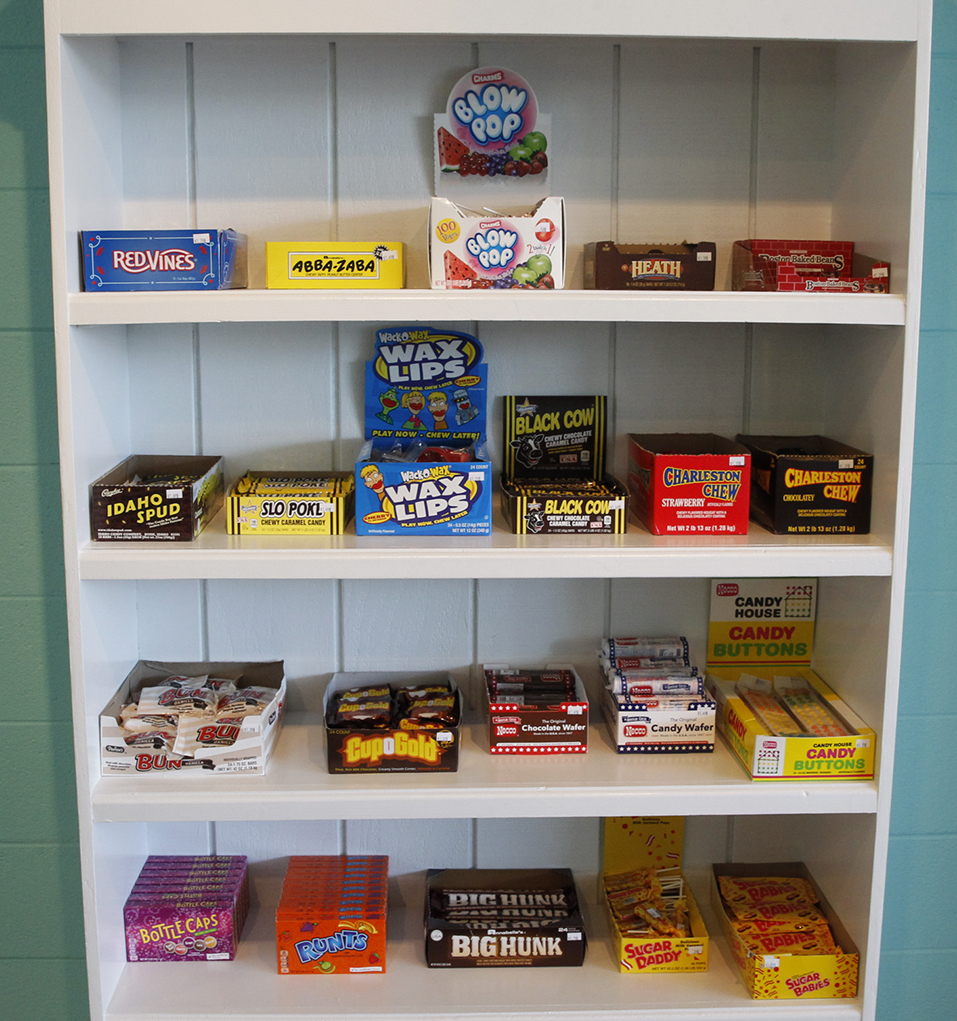 A selection of candy sits on display in the store. Jillian Danielson/RiverScene

Along the way, fate stepped in when the couple found an abandoned popcorn kernel on the floor of a large local church during a service with somewhat sparse congregation. The unbelievable and odd find was the green light they sought.

“I literally started crying,” Krystal said. “This is a sign. No one around was eating any popcorn. To us, that was a sign.”

The kernel is treasured now in a shadow box labeled “Our First Kernel,” which is displayed on the counter at We Be Pop’n. 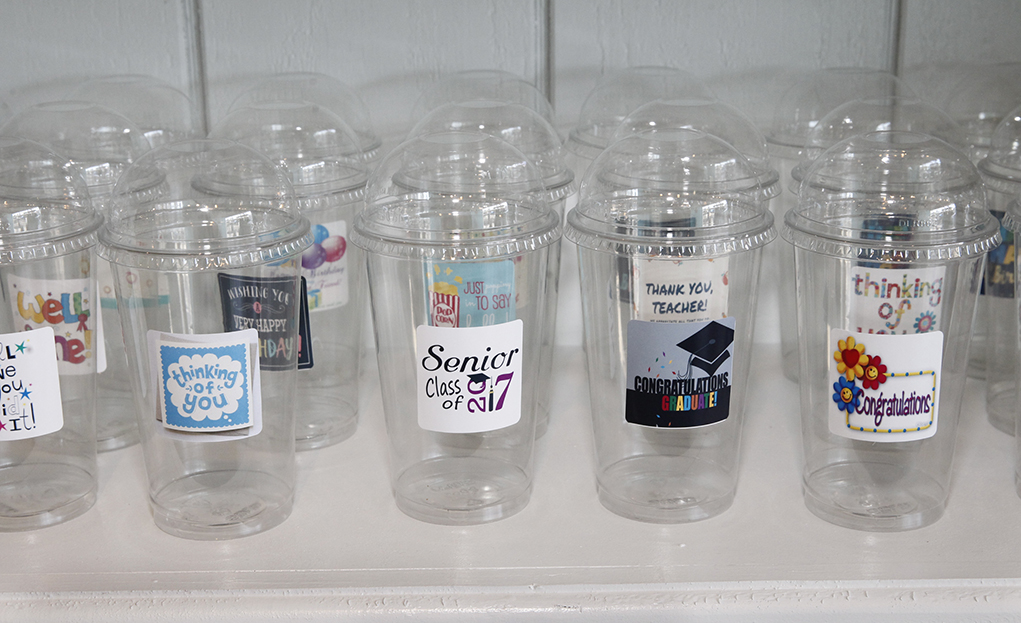 Cups sit on display ready to be filled with popcorn for various occasions. Jillian Danielson/RiverScene

The Hellers also ship the popcorn nationwide at www.WeBePopn.com. The shelf-life of the cheese-variety popcorn is two weeks, and the candy-variety is four to six weeks. Both allow ample time for arrival to most places in America, the Hellers said. 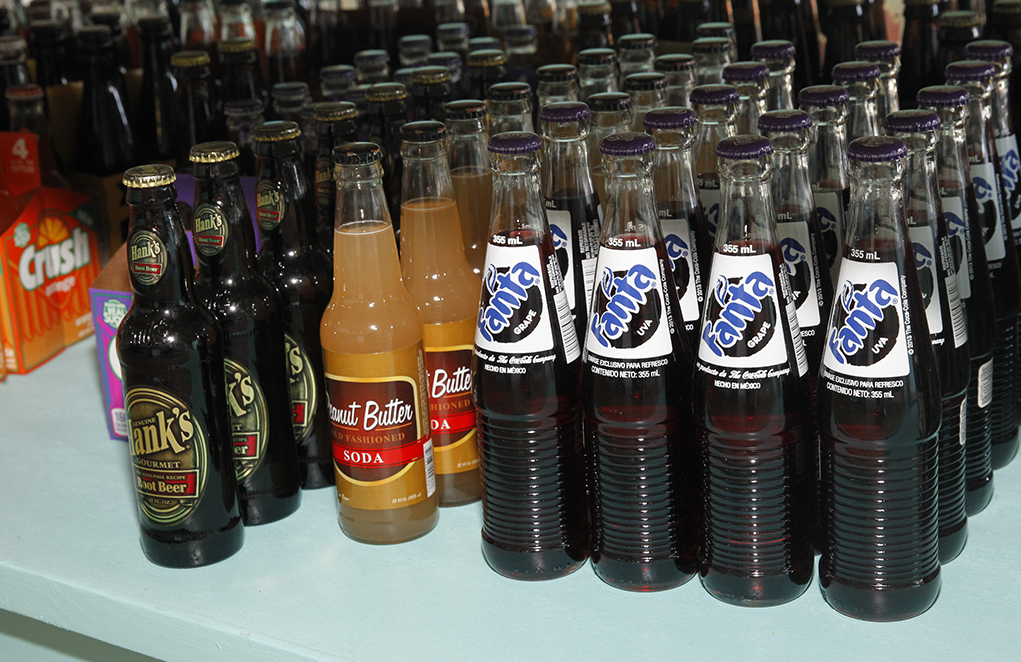 A selection of soda sits on display in the store. Jillian Danielson/RiverScene 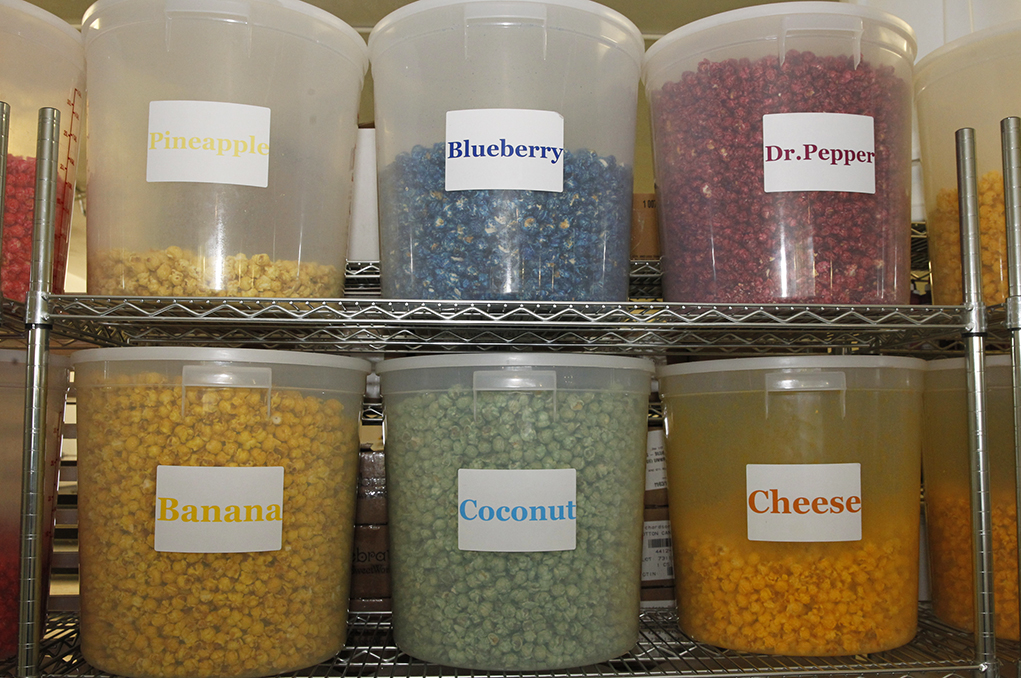 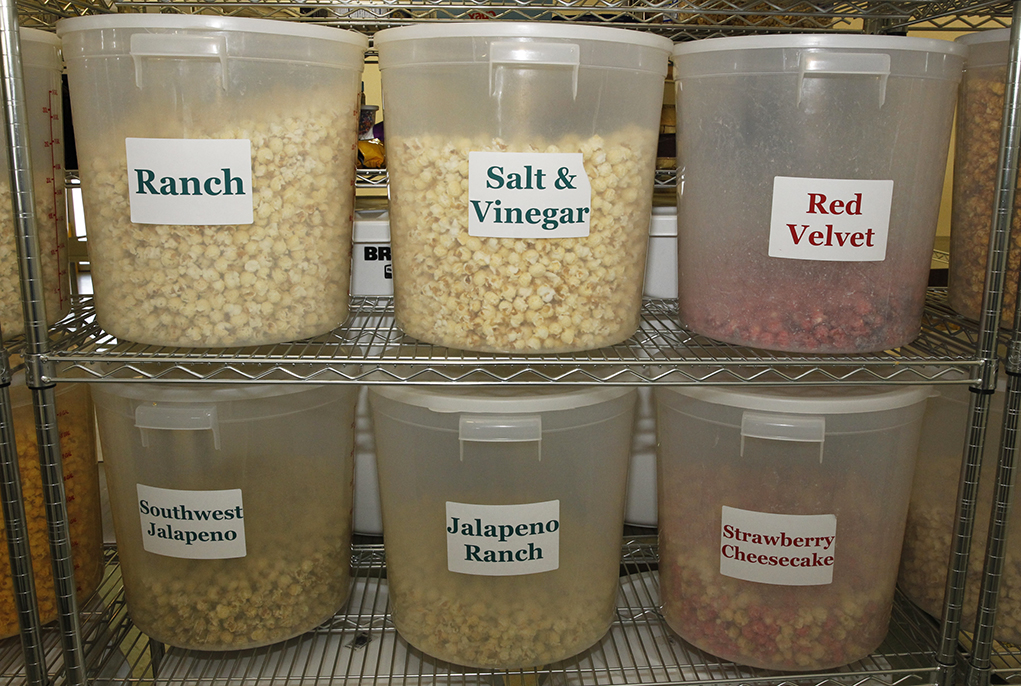 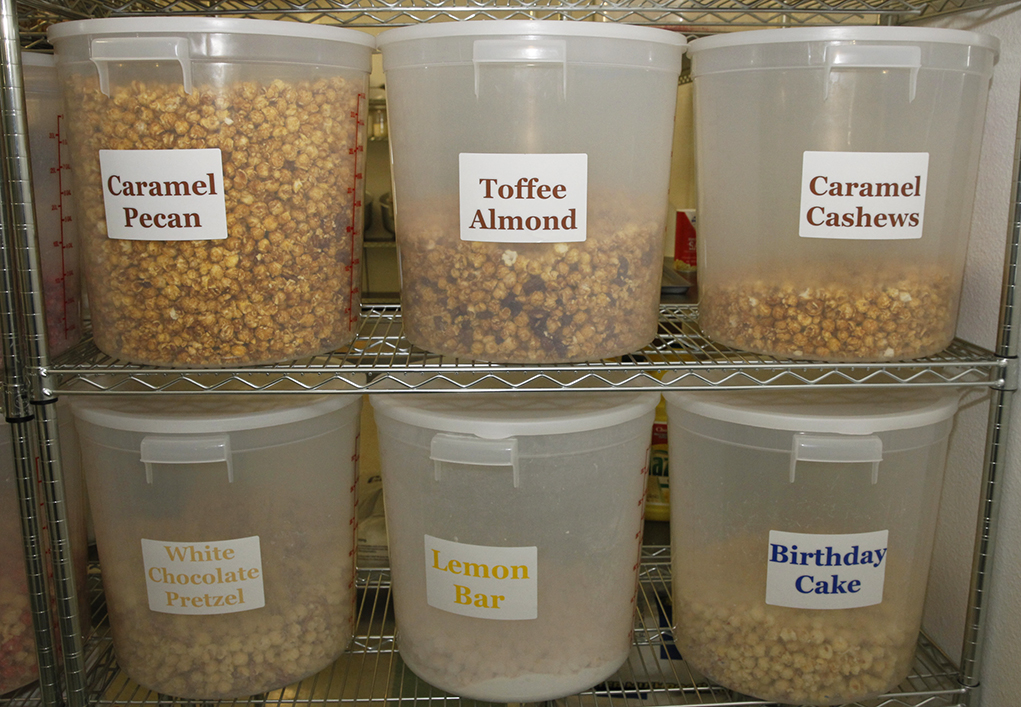