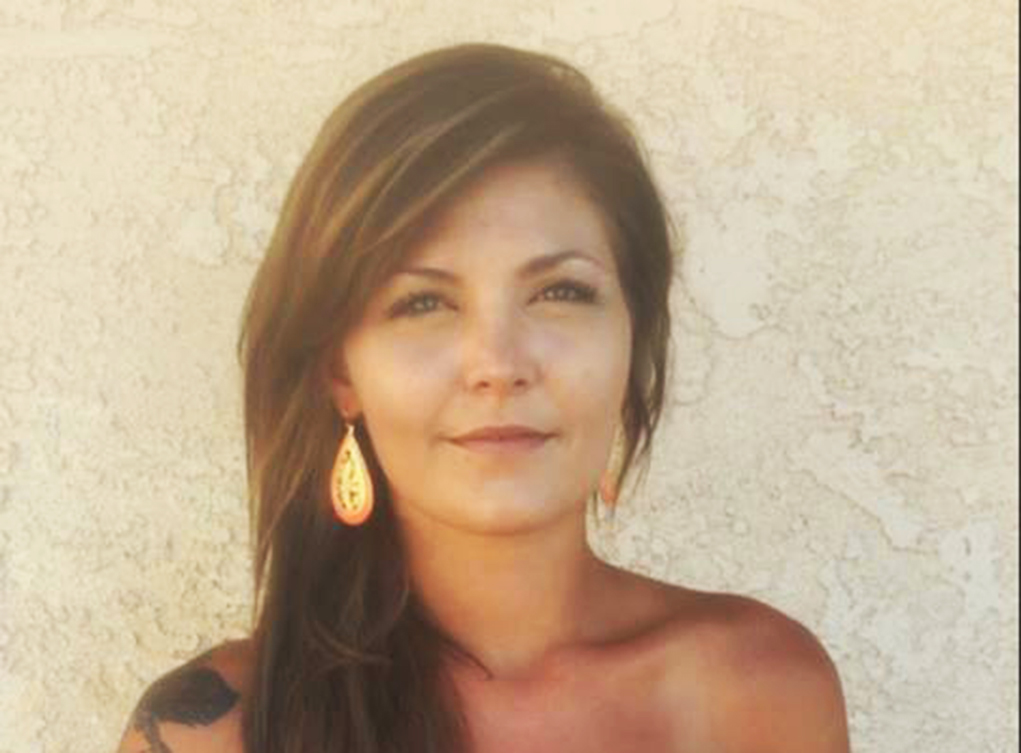 Jena Burkey completed CPR certification for the first time on May 27, 2015. Thirteen days later, she was given the real test.

On June 14—Flag Day—Jena and her daughter Jocelynn, 4, were visiting her mother at her condo in the 1800 block of Swanson Ave. when her mother suddenly yelled “Oh my God, a man fell over in his scooter, and he’s just lying there!”

Without hesitation, and with no idea at all of what she intended to do, Jena ran down the stairs. She was sure someone else who was closer would already be there. But no one was there. 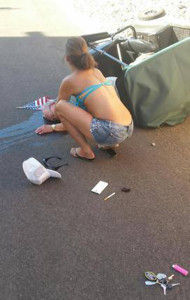 Jena assisting “Carl” when she found him on the ground. She poured water over his head to keep him cool. Photo by Devon Meek

The scooter was on its side; her mother said the shade cover on the scooter had fallen over, and perhaps that’s what caused his scooter to overturn. The man was lying on his back, and there was a lot of blood on his face. At first Jenna thought it was from a cut on his head. But the blood was coming out of his mouth and nose, and he was gurgling. She saw an American flag attached to the scooter, and Jena recognized it as belonging to a man named Carl. She had seen him often on his scooter.

“It was so scary,” Jena said. “I tried to talk to him, but he was unconscious.”

Jena is no stranger to the elderly and infirm, as she recently quit working as a caretaker for the elderly for a better-paying job. But she had never been called on to handle an injury like this. She called 911, but the call was dropped before she could get instructions from the operator. A man driving by stopped, and she asked if he had water with him. He gave her a bottle of water, and Jena poured it over Carl’s head to cool him off and wash away some of the blood. It was a very hot day, and the pavement was extremely hot, so she used the water to keep the ground cool under his head.

“Carl, Carl, can you hear me? Please talk to me.” Jena thought it was important for him to know that someone was there to help him. “The ambulance is coming—can you hear the siren? You’re going to be all right,” she kept telling him in a soothing voice. He eventually opened his eyes and in a feeble voice said, “Help me! Help me! Help me!” Jena reassured him that help was almost there, and within minutes of her 911 call, emergency vehicles arrived. Carl was taken to the hospital.

“I thought he was dying when I saw all the blood,” Jena said. “I had to do everything I could to keep him from dying, so I just kept talking to him and making sure that no one moved him until help came.”

After work on Monday, Jena went to the hospital to see Carl. But he was not there; he had been airlifted to Las Vegas. She doesn’t know if he has any nearby relatives.

Jena doesn’t know why or how she flew so fast down the stairs to help Carl. Perhaps it’s just part of who she is, because her father, Matt Espinoza, was the Fire Chief of Desert Hills for many years.

Speaking of her father she said, “I don’t know how he did this every day of his life.”

“This is one of God’s miracles. I recently found God after caring for a cancer patient, and I believe now that He puts the right person in place at the right time to help someone.”

Jena had gone through many trials in her life. “But the day I found God, everything started getting better for me.”

She can’t stop worrying about Carl.