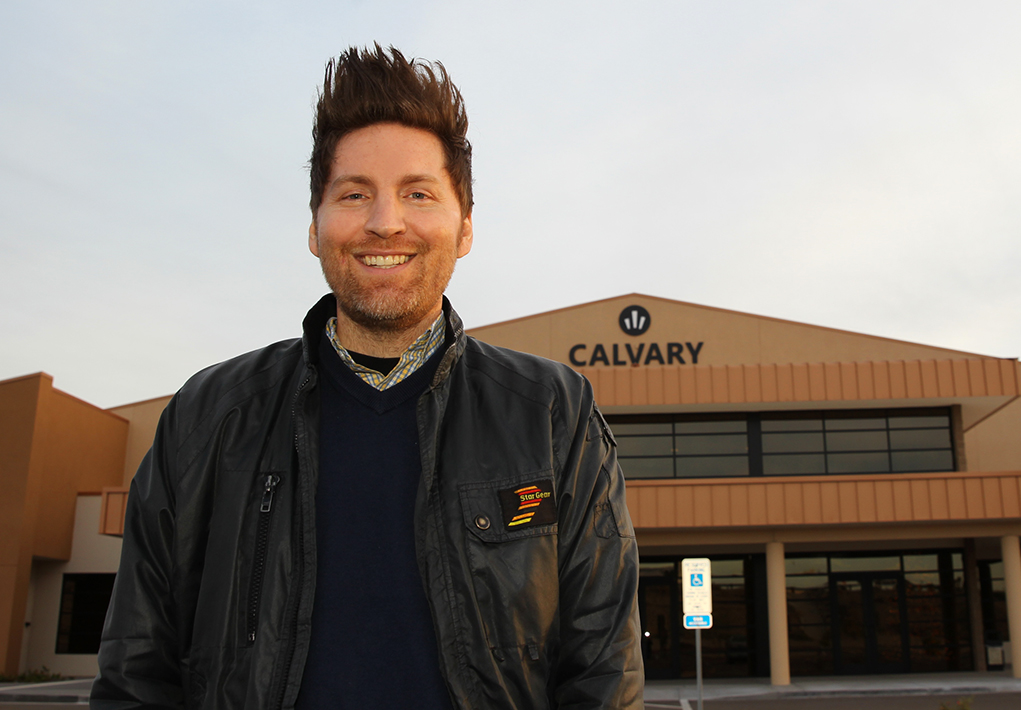 Jesse Pruett, 40, of Lake Havasu City, is a Screen Actors Guild cardholder and has been known to hang from car windows shooting at bad guys on the silver screen alongside Bruce Willis. Pruett also sets his guns aside and works as a worship pastor at Calvary Baptist Church, in Lake Havasu City.

Pruett’s first film role was in “Never Surrender” in 2009.

“They asked my band Parker Theory, that’s a band that I did for 15 years,” Pruett said. “We were in it playing an original song, playing a scene.” 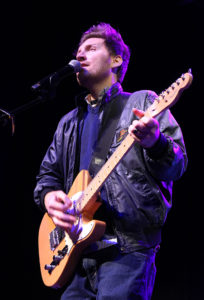 Pruett is a singer, songwriter, composer, and actor. It’s been in his blood since his high school days, which were spent at Lake Havasu High School. Pruett was born in San Diego, Calif.

The circle has been completed with his worship pastor position. For the past five years, Pruett has worked to organize and oversee the music department at Calvary. On weekends, he plays his guitar for 1,700-plus local parishioners attending services there.

Back in the day, after high school, Pruett’s punk band Gut Fiddle is what first lured him into the life of a global entertainer.

“We actually toured for five years, we were signed to a record label,” Pruett said. “Then, after that, in my hometown of San Diego, I started the band Parker Theory.

MTV.com reports Parker Theory was formed in 2000 and soon after attracted the attention of Steven Harwell, who is the lead singer of Smash Mouth. As on opener to Smash Mouth, exposure grew.

In 2003, Parker Theory recorded their debut album “Can Anybody Hear Me.” The album’s popularity landed them nominations in the Orange County music awards and San Diego music awards. The band was in good company with contenders such as Switchfoot, Unwritten Law, Jason Mraz, and Slightly Stoopid, MTV.com states.

Success continued with album track “She Said” topping mp3.com’s pop rock chart, and gigs as far away as Japan in 2008. In his career, other album releases included the U.S., Brazil, and Sweden. 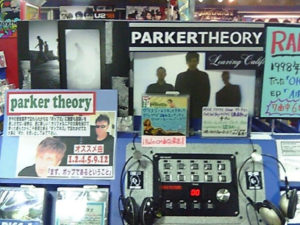 “Japan was my favorite, I like the culture,” Pruett said. “They’re just very respectful, very honest people. The food is great, and it’s just very clean.”

Pruett has acted with speaking roles in 15 movies – five of which starred Bruce Willis. Pruett also has done three voiceovers including Lionsgate’s “Wings” and “The Little Penguin: Pororos Racing Adventure.”

“The third film I had a speaking role in was ‘Blood Out,’ with Luke Goss, Val Kilmer and 50 Cent,” Pruett said. “The was my first speaking role. I got to use a gun and I got shot … In ‘First Kill,’ that one I was a police officer, Officer Lewis was the name of my character.”

Pruett does three or four films a year in Hollywood, all within SAG, and most often is flown in for the part. 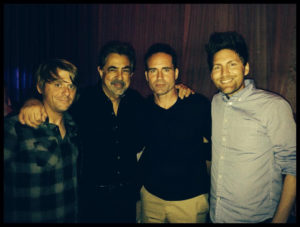 Michael Klooster, Joe Mantegna, Jason Patric, Jesse Pruett at the after party of the premiere of The Prince. photo courtesy Jesse Pruett

“My favorite role was in ‘The Prince,’” Pruett said. “I had a whole day in a car. We were crashing into other cars and I was shooting a gun almost the whole time out of a window. It was cool, it was a lot of fun.”

In the movie scene, Pruett’s character speaks to Bruce Willis’ character on the telephone and the duo sorts out the chase and apprehension of the bad guy.

“I’m pretending to talk on the phone and we’re shooting and chasing the car,” Pruett said of acting on scene. “We’re chasing Jason Patric’s character, then, he comes in the car and slams my head into the dashboard.”

“The Prince” is an action-thriller released in 2014, and was number one on Netflix for a spell. Pruett’s role in it has had him recognized from time-to-time at businesses in Havasu.

“It’s interesting being around these people,” Pruett said of his star-studded colleagues. “Most of them are just normal people. Most are great people that work really hard. They just live a total different lifestyle.” 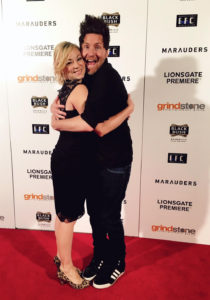 Jesse and Valerie Pruett at the Premiere of “Marauders” at the Chinese Theater. photo courtesy Jesse Pruett

The job does have Pruett walking the red carpet during movie premiers.

“It’s just exciting to be there and be a part of something like that,” Pruett said. “It’s just fun for me to see how the movie turns out and it’s fun to get back together with the crew and just hang out.”

Pruett and his wife Valerie have been married 13 years. Together, the couple has two children Ava, 10, and Jaxson, who is 5. They spend their time together enjoying the outdoors, the lake, or going to the movies in Havasu.

“I love that it’s just a beautiful and calm place when compared to the bigger city,” Pruett said of Havasu. “It’s a great place to raise your family, just a very friendly place to live. Right now, we want to stay. We’re happy here.”

Musically, Pruett continues with his solo career and released a faith-based album called “Relentless Love” in 2014. Currently, he is writing another and is set to record in early 2017. The project is independent and is also faith-based. 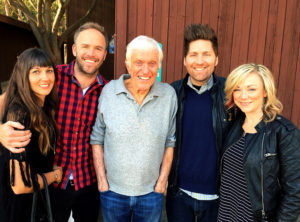 Most recently, Pruett performed at The Children’s Lifesaving Foundation Holiday Event, on Dec. 4, in Malibu, Calif. On that note, if he performs in Havasu, it’s for charity. In the past, performances have included Denise’s Day alongside Matt Farris, or the Cooking for Cancer fundraiser.

Pruett’s music is digitally available at websites such as iTunes and Amazon. In the meantime, you can find him at Calvary.

“I love this job so much,” he said. “I love that Calvary has a heart to serve the community. It’s one of the reasons I love working here. And, we have a great staff so it’s a fun place to work for.” 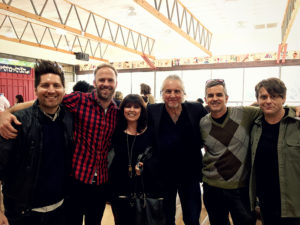 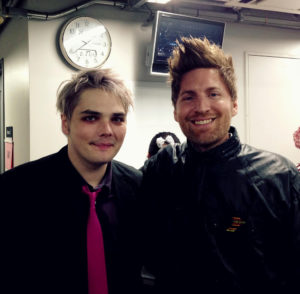 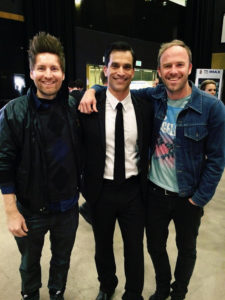