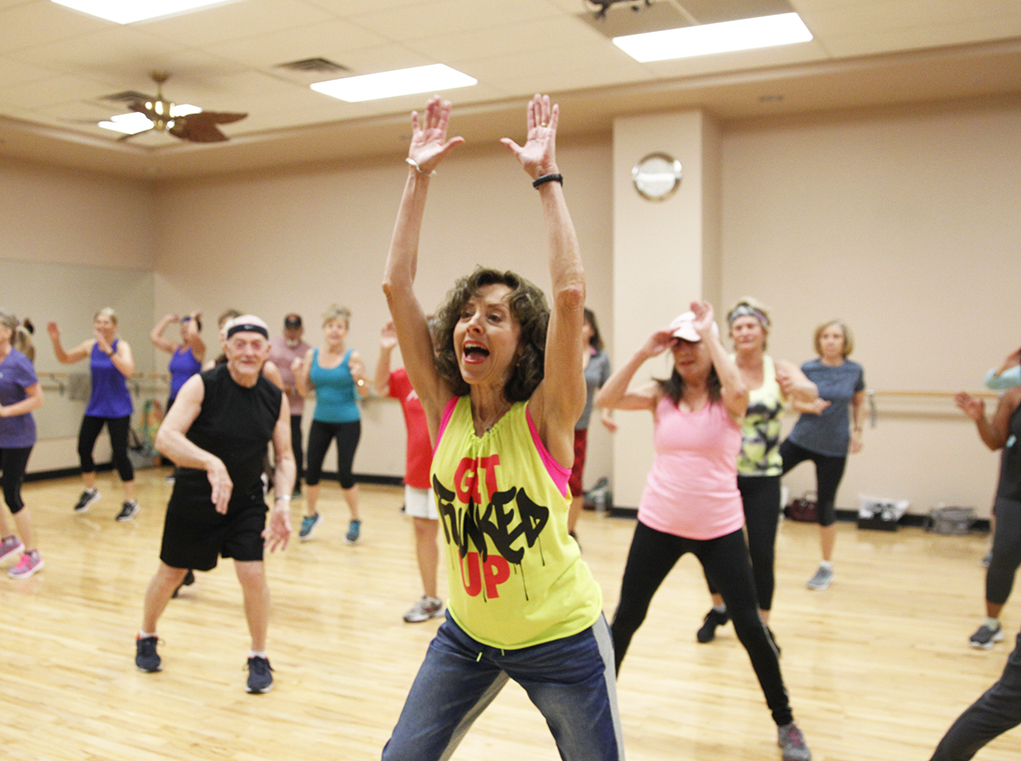 Local fitness fanatic Jill Conner dances her way through most days at Havasu Fitness while teaching classes there such as Zumba, Move to the Beat, or Mat Pilates.

“It’s like an experience,” Conner said, of her Zumba class. “There’s a party going on before I even get there. It’s a lot of energy.” 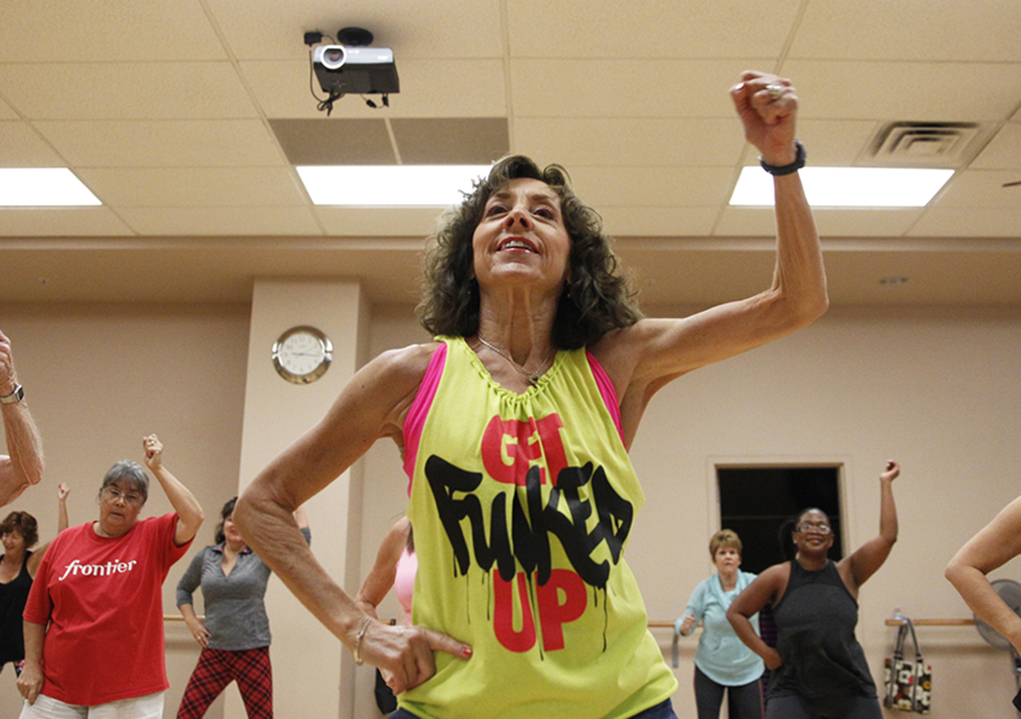 The Latin-American aerobic dance exercise known as Zumba is for all ages and for any fitness level. For example, Conner has two men, including an 82-year-old, who regularly attend her class, she said.

“I like watching everyone moving together,” Conner said. “Everybody just has the best time.”

Conner teaches as many as six days a week to a class of as many as 30 students at times. Classes are one hour.

Conner, 69, said she recalls always having been involved in fitness throughout her lifetime. She was enrolled as a dance major in college. Fitness studios were the fad back then versus ones such as her current larger-scale fitness home, Havasu Fitness. Nonetheless, the goal is one and the same – to be healthy. 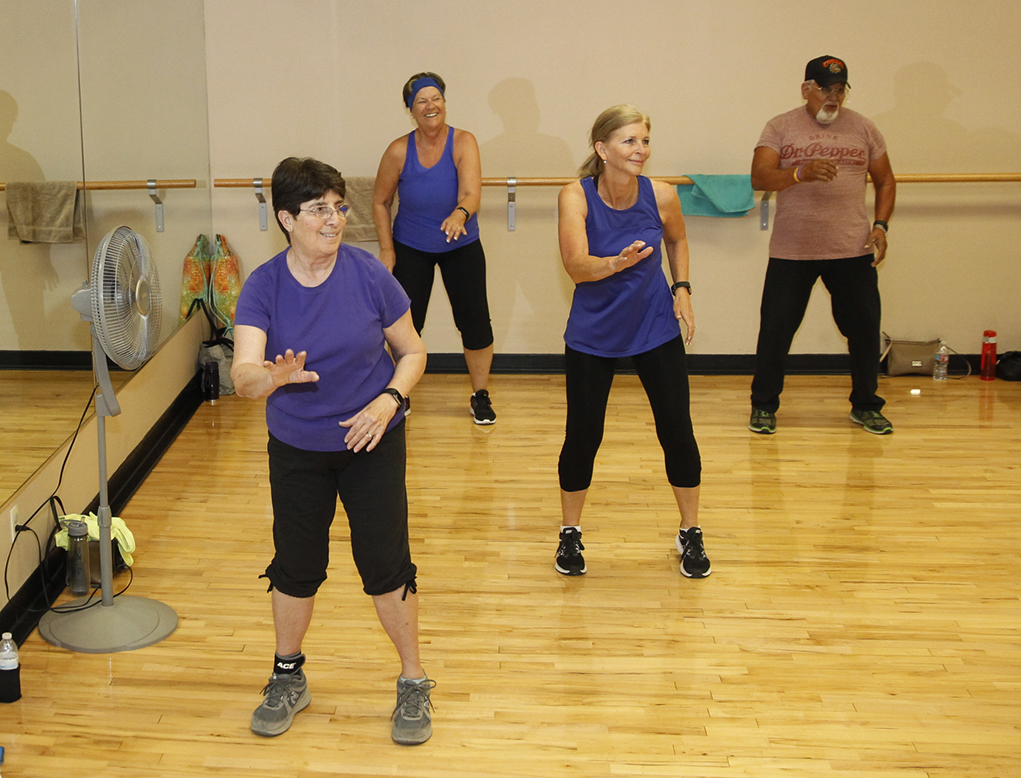 “It’s a good way to meet people,” said Conner, who has too many matching fitness outfits to count. “You stay in shape, and it makes you feel good.”

In 1968, a young Conner began working as a flight attendant for TWA, based out of Chicago, Ill. After 12 years in Chicago, she met and married husband Dave, and relocated to Los Angeles, Calif. After working 20 years as a flight attendant, she retired from TWA. In 1989, the Conners moved to Havasu. The couple has been married 41 years.

The few fitness tips that Conner shared included a variety of exercise routines, portion control and small indulgence when it comes to guilty pleasure.

“I change the dances for variety,” Conner said.  “I’m really good at portion-control eating. And, I drink one glass of red wine every day. It’s my guilty pleasure.” 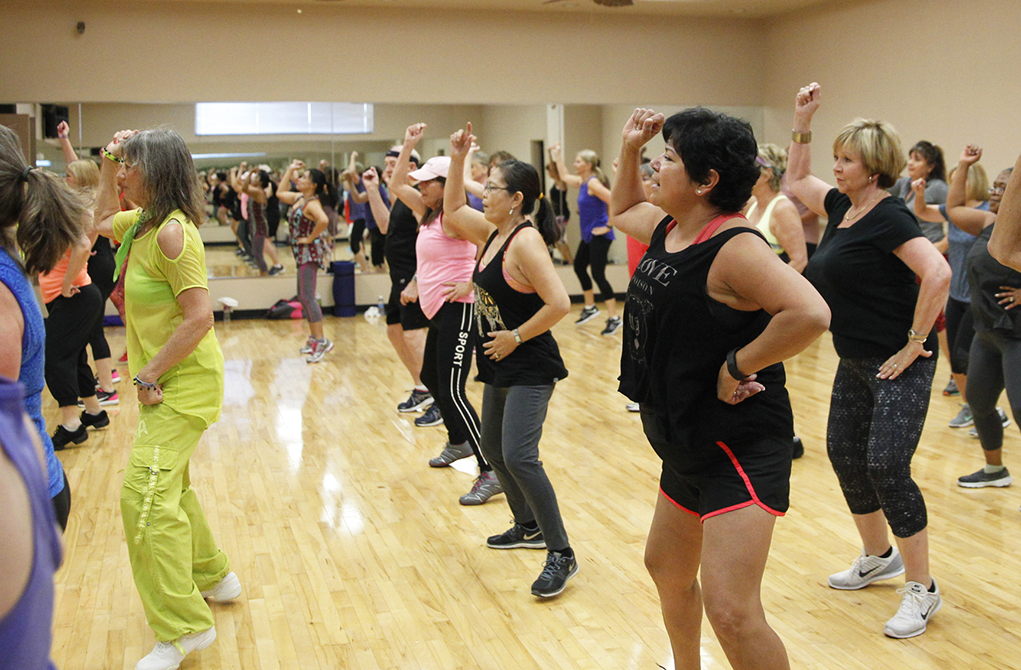 Conner has been teaching Zumba and fitness in Lake Havasu City since 2009. She has a group fitness certification and Zumba accreditation allowing her use of new music and choreography as they become available.

Conner teaches Zumba at 9 a.m. Tuesdays, Thursdays and Saturdays; and 4:30 p.m. Wednesdays at Havasu Fitness. The gym is at 92 S. Acoma Blvd., in Havasu. The day fee is $10. Or, an individual can try the gym three times as a member’s guest. Contact Jill Conner, at Havasu Fitness, for more information. Class schedules are available at the front desk. 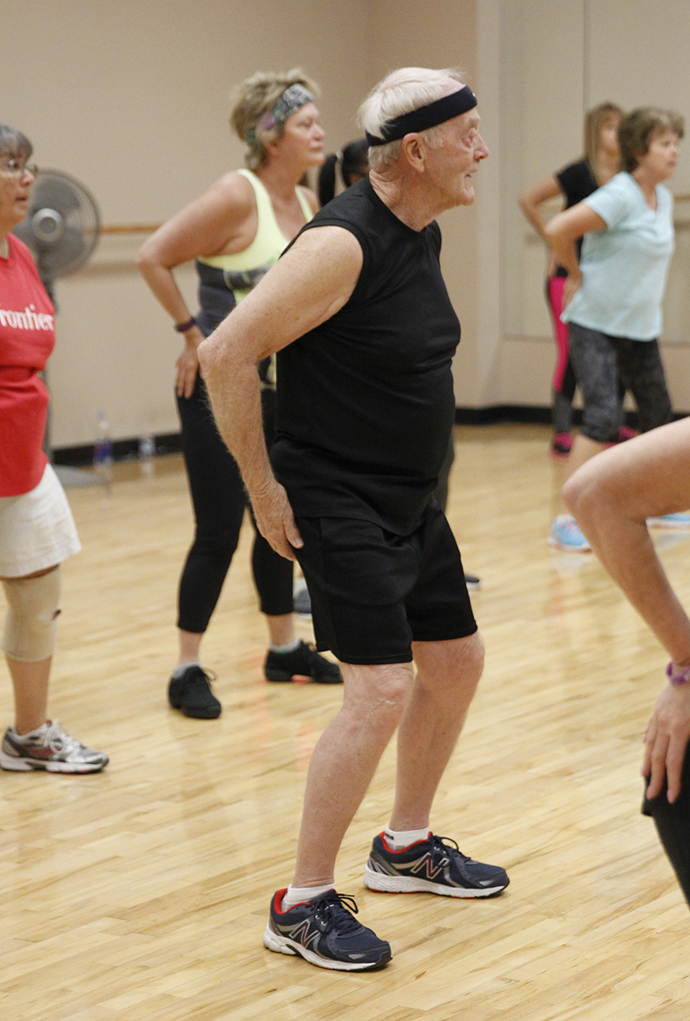 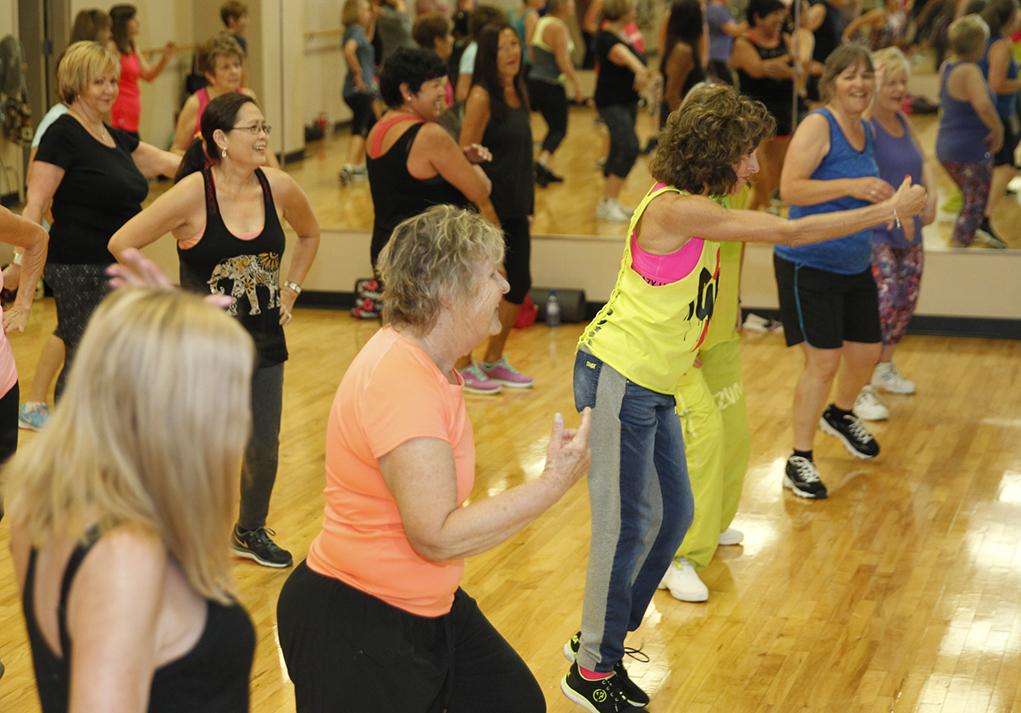