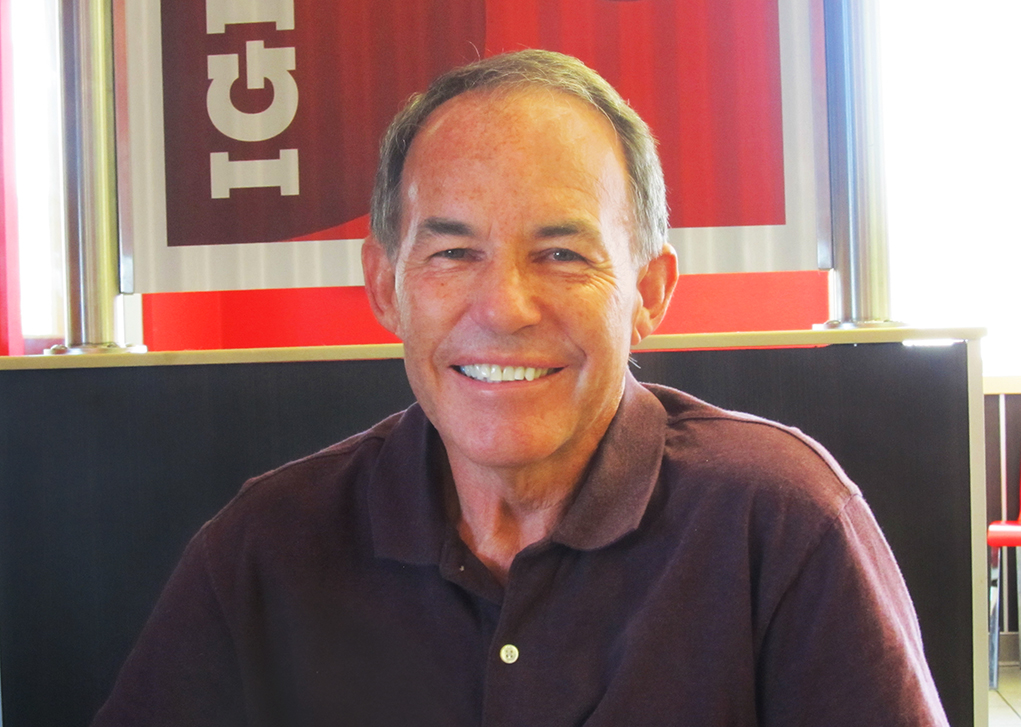 There aren’t many organizations in Lake Havasu City that Jim Day hasn’t been involved in. From the moment he moved to Havasu in 1984, he has volunteered for group after group, and his efforts have helped our city grow and become a better place for children and families.

Day was visiting Havasu long before he moved here, camping regularly at Black Meadows in the 1960s, when there was little here in the fledgling city. His brother-in-law owned London Bridge Linens in Havasu, and at his request in 1984, Day moved his family here to take over as general manager of the company. He served in that capacity for nine years. He had previous experience in running businesses, as he had owned several. After leaving London Bridge Linens, Day started Gold Star Engraving, which he operated from 1989 to 2005, when he retired.

Some people are natural givers, and Day is one of them. His first volunteer position in Havasu was president of the Daytona Middle School PTA. Day and his wife Judy have been married for 45 years, and their two children were always a very important part of their life. Day wanted the local school system to be the best it could be so that his children — and all local children — could have the best education and opportunities possible.

Wanting to do still more to help his new hometown, Day asked the school district in what other ways he could help. He had been involved in high school and college wrestling, and asked if there was any need for those skills in some capacity. At that time there was a huge need for high school wrestling officials — there was only one official in the entire river area — and that’s how Day became involved in officiating.

As knowledgeable and experienced as he was in wrestling, he had no officiating experience, so he received training. He remained in officiating for almost 25 years, receiving recognition as Arizona Interscholastic Association Official of the Year in 2010. He also was the River Kids Wrestling Coordinator and coach for nine years, and recent chairman of the Havasu Dream Track Committee.

Asked how he manages to put so many hours into volunteering, Day said, “It’s where you place your priorities. God has given me some pretty good gifts, and I need to use them to help others.”

Day’s two children have followed in his service footsteps. His son Brady is the Athletic Director for Hillcrest Charter School in Thousand Oaks, Calif. His daughter Monica served in the U.S. Army on an ROTC scholarship, then was a labor and delivery nurse for 10 or 12 years at Havasu Regional Medical Center. Last year she decided to rejoin the Army. Jim and Judy have four grandchildren, and when Monica and her husband and two children moved away from Havasu recently when she was assigned to Ft. Bragg, N.C., it was difficult for them to watch their daughter and grandchildren leave.

Day’s dedication to the school system was apparent in his many volunteer positions: three-time treasurer and three-time chairman of the Lake Havasu School Bond and Override Committee; president of Lake Havasu High Athletic Booster Club; Project Graduation member and chairman, Havasu for Youth Board Member, president, and treasurer; and board member and president of the K-12 Foundation.

Day’s volunteerism didn’t begin with Lake Havasu. Long before moving here, he was a member of the Board of Regents for Cal Lutheran University, and two-year president of Cal Lutheran Alumni Association. He was also a high school guidance counselor in Moorpark, Calif., and was listed in “Outstanding Young Men in America” in 1976.

Outside of his service to school organizations, Day has also been London Bridge Days Committee and Parade Chairman for 20 years, currently as co-chair; Chamber of Commerce Board of Directors member and Board Chairman for six years; Lion’s Club member; and Rotary Club member, receiving the Paul Harris Fellow Award for “Service Above Self” in 2002. As a board member of the Lion’s Club, he has been involved with Lake Havasu’s Balloonfest since its first year, still serving as co-chair. He also is currently serving as an advisor for the upcoming Renaissance Faire, organized by ASU students.

Day understands the importance of not just volunteering, but stepping up to lead.

“You can get a lot of people to come out and help, but it’s hard to find people to take charge.”

But after so many years, Day is trying to ease out of his many volunteer positions.

“It’s time for younger people to move up into leadership,” Day says. “We need fresh ideas to keep our city and schools growing.”

Day’s religion is important to him, and he is very active with his church, Mount Olive Lutheran. These days, he is busy with the ministry he began three years ago, His hobby has always been woodworking, and he started a men’s woodworking ministry at Mount Olive. Table saws, radial arm saws and other woodworking machinery were donated, and Mount Olive gave him a large area for his shop. The group of 15 to 20 men meets regularly to create children’s wood trains and other toys, cutting boards, trivets, games, and more. 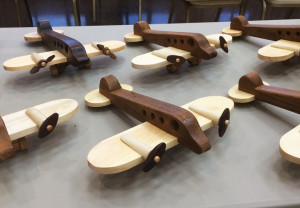 The ministry has no set prices for these items; they only accept donations. Some of the wood products are donated to HAVEN, St. Vincent de Paul, and Salvation Army. They also make beautiful wall crosses and “palm crosses” for praying, both of which are very popular and in demand. Many of them are given to chaplains, hospice, and hospitals. They also make the white crosses seen in yards all around Havasu. Mount Olive partners with Lamb of God Lutheran to make the crosses.

The woodworking ministry has no problem obtaining wood for their projects, as most of the men in the ministry are winter visitors who own farms back home. These men cut down their maple, hickory, cherry, ash and oak trees and bring the wood to Havasu with them each year for the projects they will work on.

Day’s wife Judy recently asked him which of the many plaques and awards he has received mean the most to him.

“That’s easy,” Day told her. “Lake Havasu Citizen of the Year.” He received the award twice. The first year he received the award, he owned Gold Star Engraving, and since it was the only engraving shop in town, the Chamber didn’t know how they could avoid Day knowing he was going to receive the award. So they submitted someone else’s name for the plaque, which Day engraved. When the presentation ceremony came and he was named Citizen of the Year, Day was dumbfounded.

That award means more to him than anything other recognition he has received.

“It speaks about who you are, your character, and your involvement.”