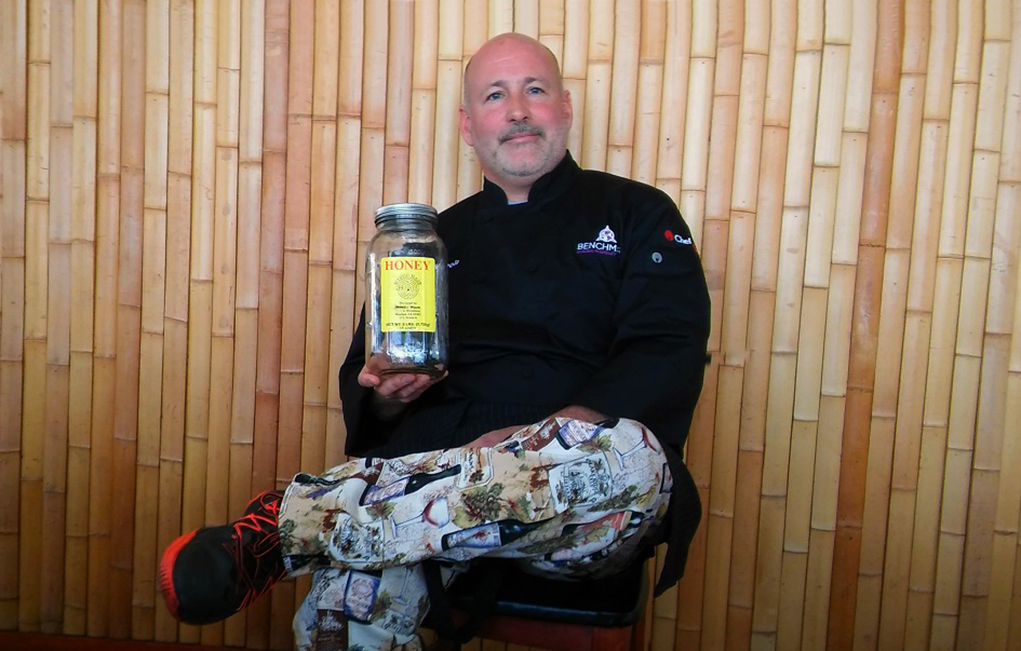 Participation earned Andreola a first-time James Beard Foundation award for Outstanding Contribution to the Foundation. The James Beard awards are coveted among career chefs working in the culinary industry. 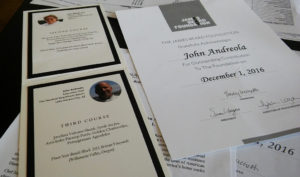 “It’s still sinking in,” Andreola said. “It’s going to get framed and I’ll hang in on the wall out here.”

Beard was an inspirational American culinary legend who was instrumental in the development and preservation of culinary culture in the U.S. Although he died in 1985, Beard’s legacy lives on through the Foundation and its awards. The awards denote a national level of excellence to every holder. The holiday dinner itself was served at the James Beard House, which was Beard’s actual residence.

“The feeling of being in James Beard House, and the history of New York City, and talking to everyone that really appreciated being there – it was just amazing,” Andreola said.

Andreola, who is a Gemstone and Benchmark corporate chef, and employed as the Executive Chef at the Nautical Beachfront Resort, in Havasu, flew to New York a few days ahead of time to prepare. Two days of prep work followed a choreographed effort with the other chefs on the eve of service in the cramped quarters of the James Beard House’s quaint kitchen.

“There is not a lot of space, so you had to be creative,” Andreola said.

Eighty people were served the fancy five-course meal. The chefs each prepared an hors d’oeuvres and an entrée representative of their respective U.S. region. 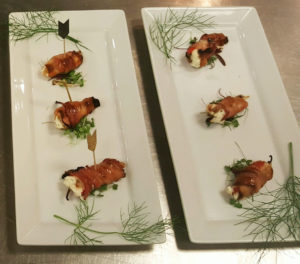 Andreola showed up during the first course with Arizona Diamondback Rattlesnake Rodars, which he described as a fine dining spinoff of the Southwest’s popular popper.

“It’s a bacon wrapped jalapeno popper with rattlesnake in it,” he said.

The popper was prepared with local ingredients including honey from Needles, Calif.; Black Mesa Snowflake Chévre, which is goat cheese; and brined Navajo chili peppers.

Andreola turned out again in the Holiday Dinner’s third course with Javelina Volcano Shank served with Syrah au jus, artichoke parsnip purée, golden chanterelles, and pomegranate Agrodolce, which is Italian for sweet and sour, he said.

Many of the ingredients were shipped ahead and the remainder was purchased by those at the Foundation.

“There are challenges,” Andreola said. “You’ve got somebody else ordering a lot of product but you’re responsible for executing the dish … I brought a second piece of luggage filled with all of my own knives and strainers and all kinds of stuff. I was just hoping there wouldn’t be a problem at the airport.” 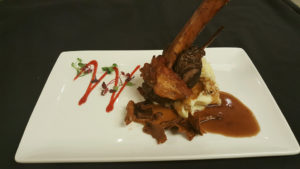 The shipped ingredients included about eight rattlesnakes, costing $40 per pound – in all about eight pounds were used; six pounds of Chévre goat’s milk cheese; 43 pounds, or seven cases of javelina costing $11.46 per pound; and three large jars of desert honey costing $30 each.

In addition to all that, Andreola was required to also have vegetarian and gluten-free options available upon request for the guests.

Fellow Gemstone and Benchmark chefs who participated in tandem with Andreola included John Billings, of Eaglewood Resort and Spa in Itasca, Ill.; Jenae Christiansen, of The Gilchrist Club in Trenton, Fla.; Jason Jonilonis, of Dollywood’s DreamMore Resort and Spa in Pigeon Forge, Tenn.; and Bobby Moore, of Willows Lodge in Woodinville, Wash. 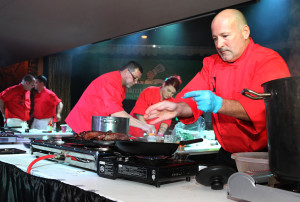 Locally, Andreola led his team to win 2014 Havasu Top Chef, has twice won awards at chili cookoffs, and recently participated in the charity fundraiser Taste of Havasu in October. Currently, the Turtle Chowder on The Nautical’s menu is an award-winning dish from his culinary days on the East Coast.

Andreola has every intention of somehow implementing the rattlesnake dish into the Nautical’s menu. 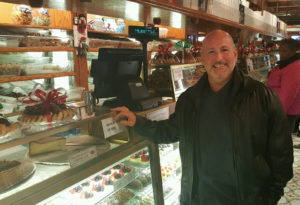