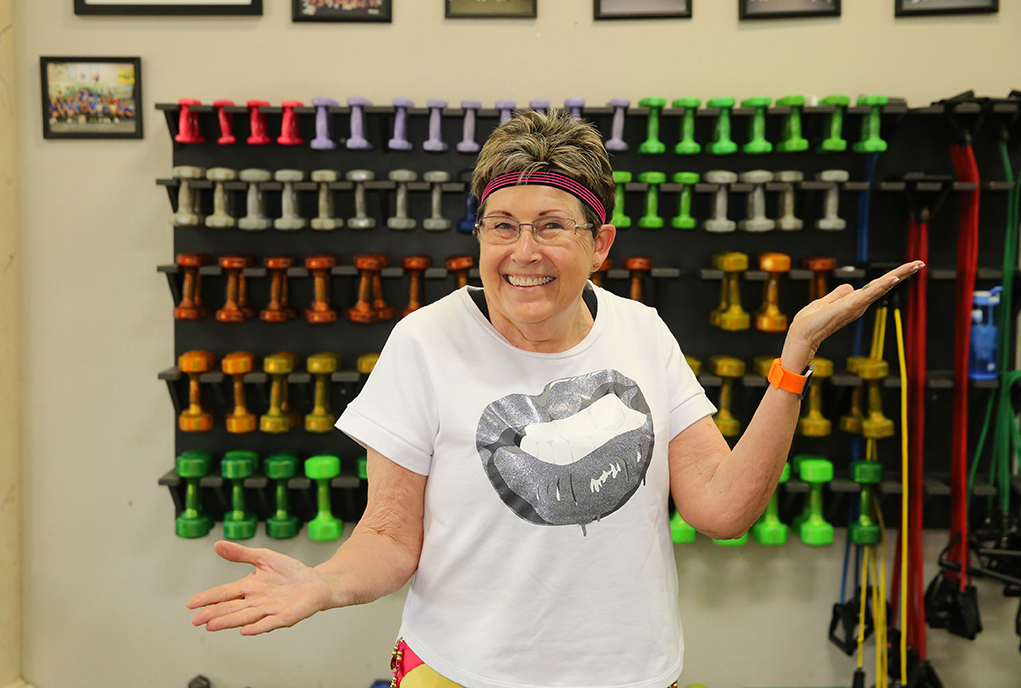 Karen Vanderjagt is the type of women that has a smile ear to ear all day long – and with good reason. She is an individual who focuses her efforts toward the positive side of every aspect of a career, family and personal interests.

Vanderjagt, 69, moved to Lake Havasu City in 1974 from Mesa. Her husband was a business owner of what became a very prominent cabinetry shop in Lake Havasu, Form-A-Fab Custom Cabinetry & Architectural Millwork. At one point, three generations of Vanderjagts operated the shop. They retired the shop earlier this year.

She has remained an Arizonan her entire life and has chosen to raise her family as such. As a mother of three and grandmother of 10, she knows how to balance a big family. She credits strong Christian values as the glue that has held the family together. 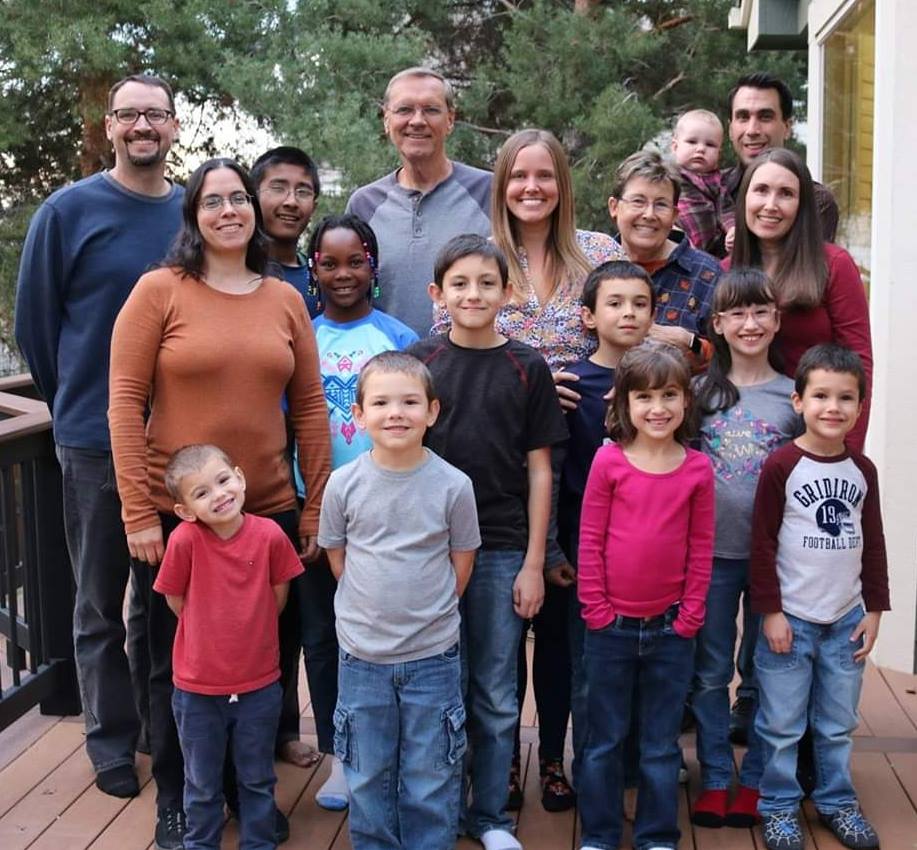 Karen and Jim Vanderjagt along with their kids and grandkids. photo courtesy Karen Vanderjagt

“I really raised my kids in the faith. We were involved in Awana for 35 years,” she said.

For her career, Vanderjagt chose education as the pathway. She has been a teacher for nearly 50 years.

During the first half of her career, Vanderjagt taught kindergarten. She beginning her career in Mesa and later transferred to Lake Havasu Unified School District.

As a part of LHUSD, she taught at most of the public elementary schools as well as Telesis Preparatory Academy.

During the latter part of her educational career, she turned her focus to special education as a teacher at Lake Havasu High School.

“I get to see some really amazing things when I work with special needs kids. ”

Overall, she has been with the district for more than 15 years. 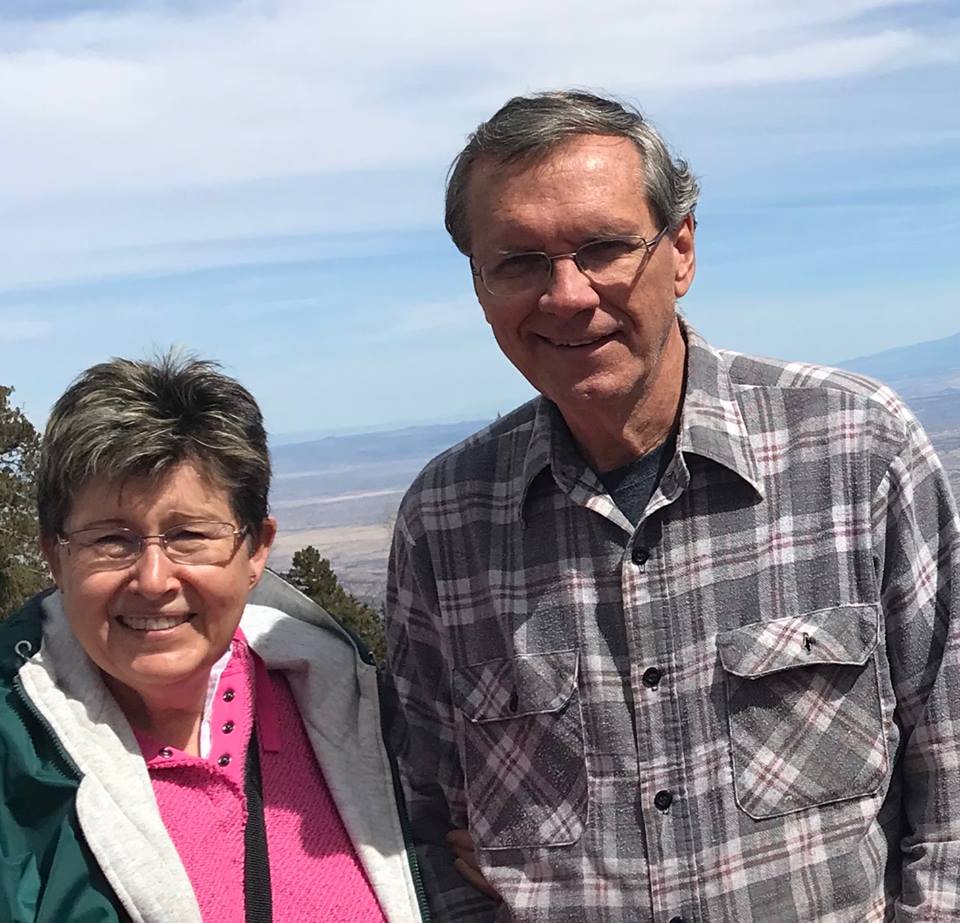 Even after the bell rang, she decided to use the valuable after-school time to bring her passion for patriotism to the school halls. She was the founder and advisor of the LHHS Constitution Club and the Patriot Club for roughly five years.

In 2015, the National Federation of Republican Women awarded Vanderjagt as its Teacher of the Year. She gained recognition for the award for her work bringing patriotism and teaching about the Founding Fathers into her school.

She is currently an active member of the local chapter of National Federation of Republican Women. She is currently working as part of a new group aimed to inspire patriotism in the schools.

After retiring from LHHS in 2015, she continued teaching special education youth through an in-house visitation program lead by the LHUSD. Currently, she visits home-bound youth and helps privately tutor their special education needs.

Outside of the classroom, Vanderjagt has found fulfillment in her personal fitness journey.

“When I turned 55, I started running half marathons. I completed 10. I did three of the Arizona PF Chang’s, and the San Francisco run. [My family’s] favorite one was the Disneyland run. I went on the inaugural year.” 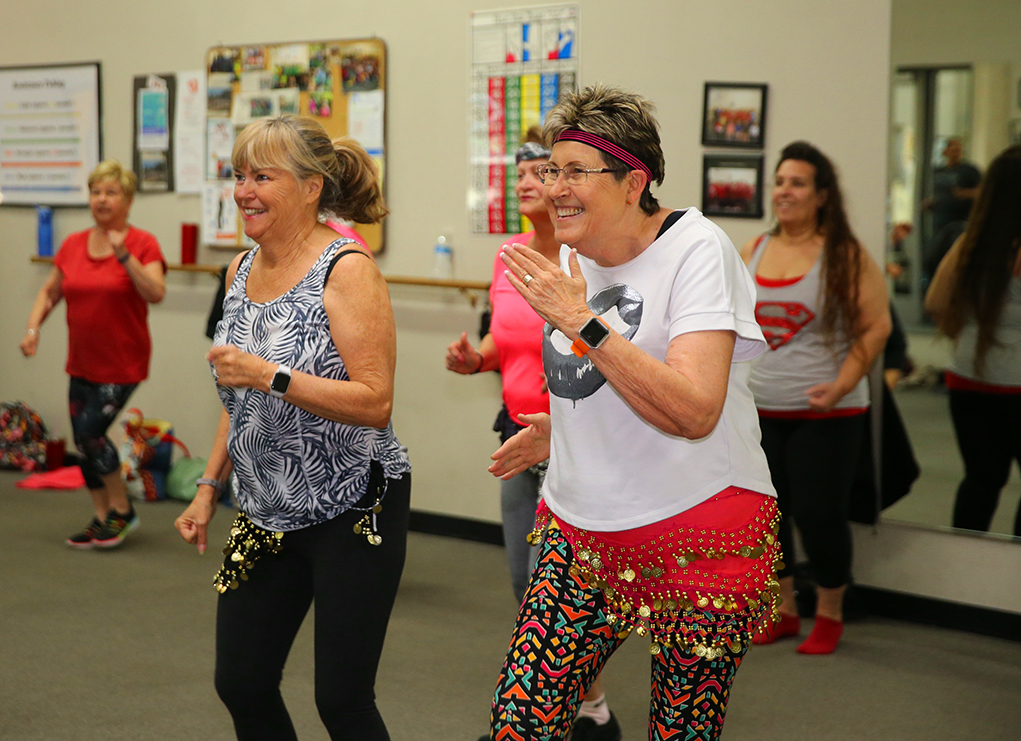 For the past four years, she has changed her fitness focus to Zumba, a dance-oriented fitness class. She attends all of her classes at locally-owned and operated Titan Gym.

“I’ve always liked dancing. It’s good for the brain. I found out that using your brain and your physical body together is the very best way to really prevent age-related diseases. I never thought when I first started that I was doing [Zumba] for camaraderie, but now it’s just become so important meeting all these ladies.” 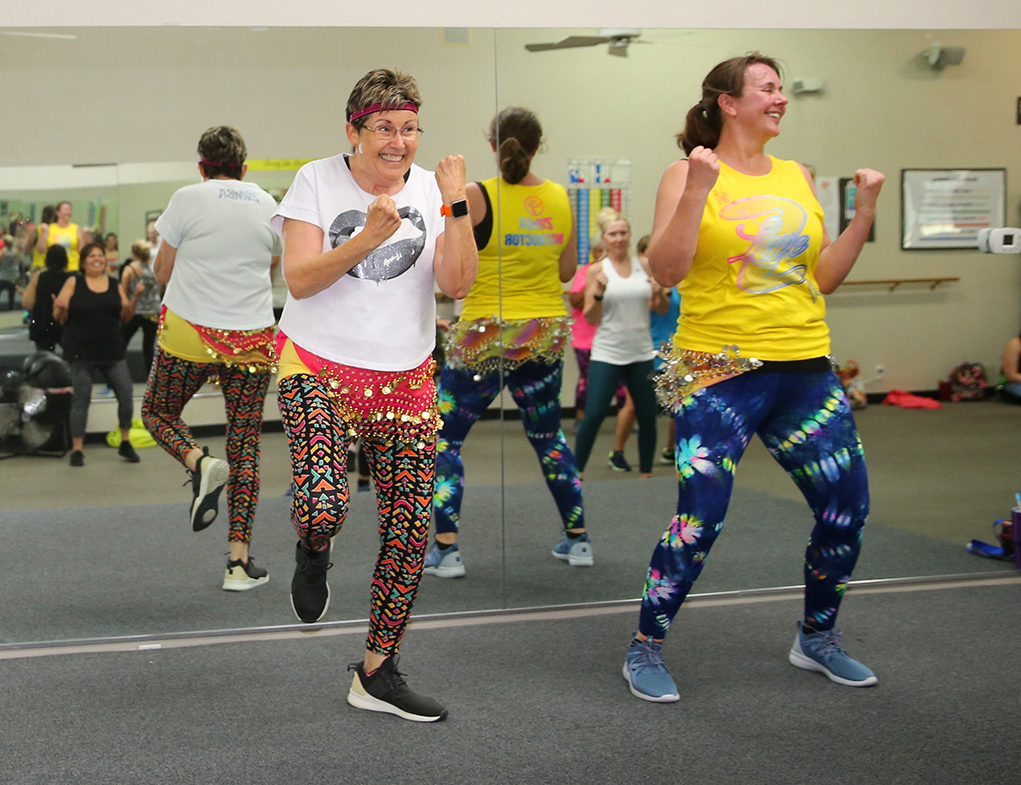 Her other favorite form of exercise is to work out her creative juices. With her craft room, Vanderjagt loves to dive deep into art forms such as scrap-booking. At one point, she was able to take this adoration for crafting to combine it with her devoted faith.

Throughout all the experiences of her life, Karen Vanderjagt keeps a positive attitude and strong faith in her family and God. She continues to have an impact in a variety of community areas.

“Always be quick to forgive. If you hold bitterness in your heart, it wastes so much of your time and energy. I always have an attitude of being forgiving and be patient with people. Everyone has a story and everybody is special to somebody. Everybody can make a difference with positivity. It’s amazing what it can do.”-Karen Vanderjagt 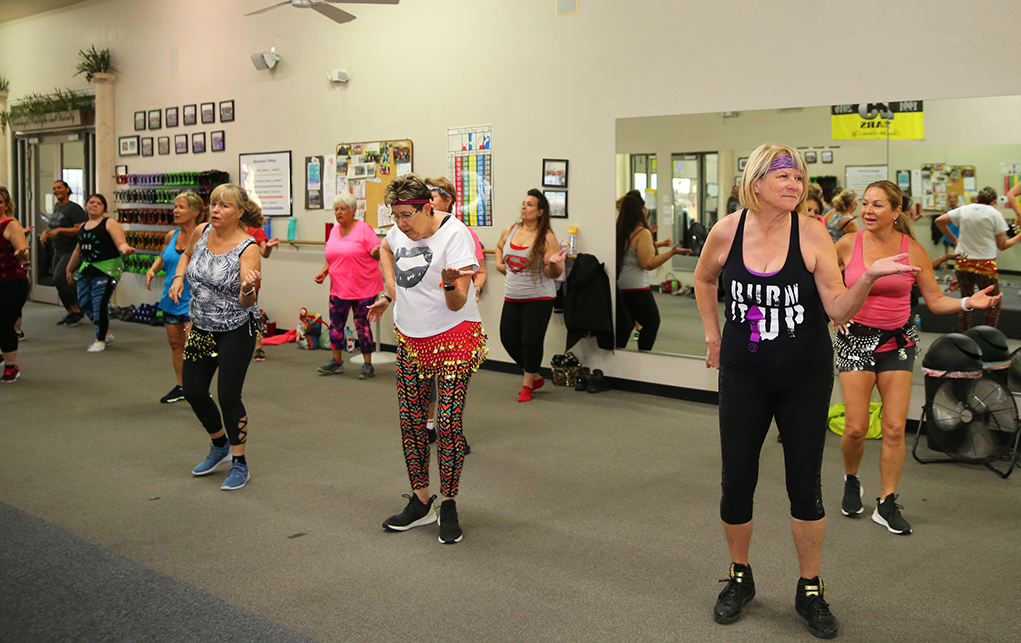 Karen Vanderjagt dances with her Zumba friends during a class. Jillian Danielson/RiverScene 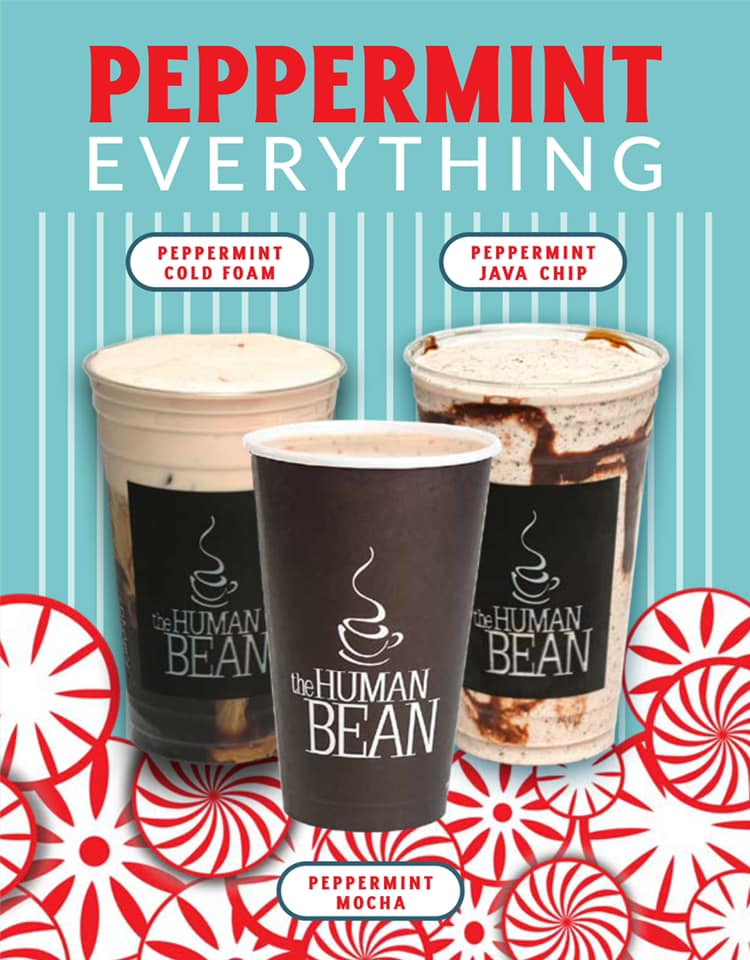