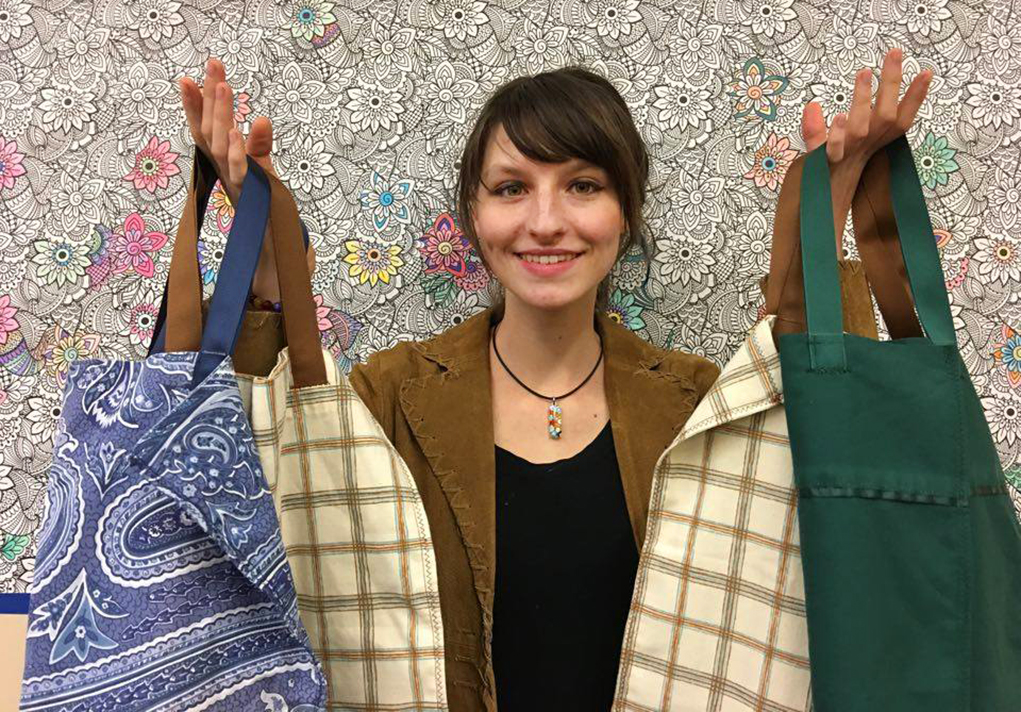 It is widely acknowledged that there is a problem with plastic products and how its disposal affects the environment. The consequences for marine life and humans are potentially disastrous, as the plastic ingested by fish and animals is ultimately ingested by humans.

Recently, a young woman in Lake Havasu decided to step up and do something about the problem.

In January, 19-year-old Havasu resident Kaylee Baker decided to start a group of like-minded people in Havasu who are concerned about the damage plastic bags and other items is doing to the environment. With inspiration from “Boomerang Bags,” an organization created in Australia, “Havasu Boomerang Bags” had its first meeting Feb. 2 at the Mohave County Library in Havasu.

The Boomerang Bags mission is to help consumers find ways to cut down on the use of plastic bags, and to encourage them to make and use reusable fabric bags instead.

“I started the group officially on January 21,” Baker said. “I went on social media and basically said that I loved this idea and would anyone be interested in doing this? I am a huge believer that if there is something you want to change then it is up to you to do what is in your power to make that change. Currently, I have eight people that I have been talking to … four showed up to our first meeting, which was Feb. 2.

“I started the group because I am a huge ‘zero waste’ and environmental advocate,” Baker continued. “I have an absolute passion for changing things for the better, specifically with environmental policies and people’s attitude and view on trash. I love how this is a ‘grassroots level’ way of approaching things. Personally, I feel it is the most effective way to solve any problem.”

Baker is currently enrolled at ASU Colleges at Lake Havasu City, where she is studying business with a focus on sustainability.

Baker invites anyone interested in this project to their meetings, which will be held the first and third Thursdays of every month at 4:30 p.m. at Keller Williams, 1990 McCulloch Blvd. The next meeting is March 2, at which time the group will show and discuss what fabrics they will use. Anyone interested in joining the group is asked to bring a sewing machine (if available), scissors, cutting mats, thread, extension cords, and scrap fabric. Attendance at meetings isn’t necessary, Baker explained, as some prefer to work on the bags at home.”

“We provide everything to the businesses,” Baker said in explaining the partnership. “We give a box/hamper/coat hanger etc. for the bags to be placed in and we upkeep the bags, making repairs, adding additional bags when needed. All the business needs to do is allow a space and encourage the use of them. Other than that, there is really no additional commitment to the business. We try to not make this a hassle, we want it to be a positive experience.”

Baker can be reached at kayleeper6@gmail.com.

Boomerang Bags chapters have sprung up all over the world, with a simple goal: to get groups of people together for the purpose of sewing reusable bags for themselves and for the larger community. In some areas, groups make the bags and put them in grocery and other stores for shoppers to borrow and return later. 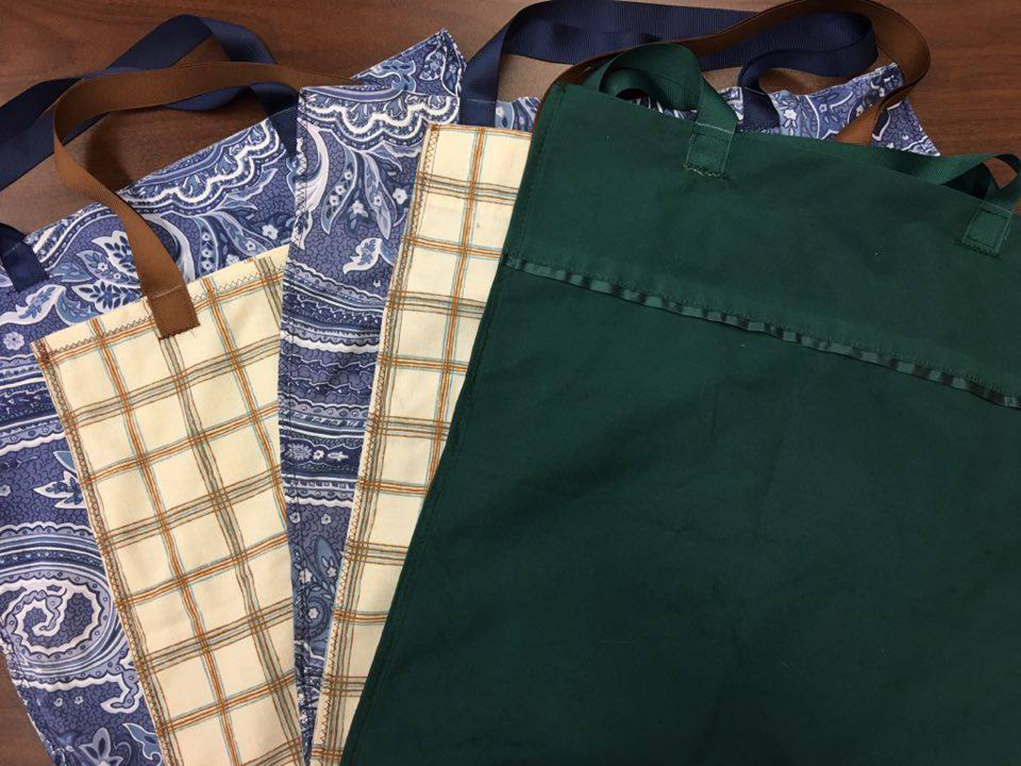 Boomerang Bags made by Kylee Baker.

Information from the Boomerang Bags website states that currently, only five percent of single-use plastics disposed of is recycled. Roughly 50 percent is buried in landfills, a small proportion is made into durable goods, and the remaining is “unaccounted for” — lost in the environment where it ultimately washes out to sea through drains and waterways. In the ocean, sunlight and wave action causes the plastic to fragment into smaller and smaller pieces, which result in all kinds of hazards for our marine life. Forty-four percent of all seabirds, 33 percent of cetaceans, all sea turtles and a growing list of fish species have been documented with plastic in or around their bodies. In some areas of the ocean, concentrations of plastic have been measured to be 40 times greater than that of plankton! Ingestion of plastic, mistaken as food, can lead to internal blockages, dehydration, starvation and ultimately death for many of these animals.

In the United States alone, the average American uses about 500 plastic bags each year, and 14 million pounds of trash end up in the ocean each year. It is estimated that 100,000 marine mammals and sea birds die each year from becoming entangled in or ingesting plastic debris.

The Boomerang Bags parent organization encourages the creation of communities of interested people who will get together regularly and make reusable bags for the wider community use. Members collect material such as clothing, old banners, and remnants and turn them into bags to be used for shopping instead of plastic bags. Boomerang Bags encourages everyone to always have a reuseable bag with them. They even provide templates for sewing the bags.