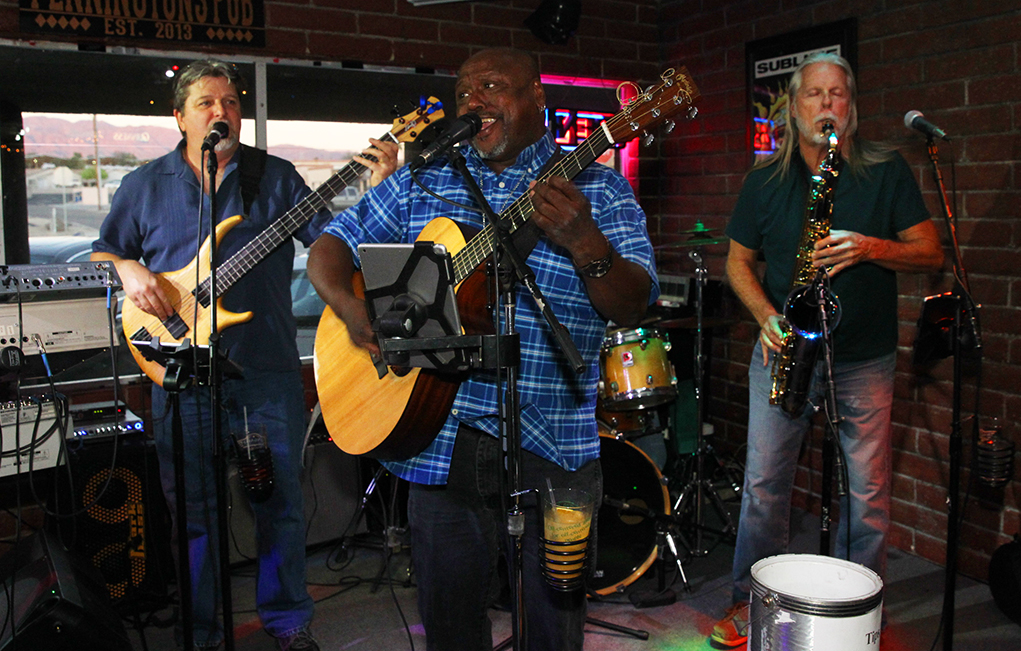 Local rhythm-and-blues headliner Kevin Jaxon, of Kevin Jaxon & Midnight Sun, has been encouraging the folks of Lake Havasu City to get their groove on for the past four years.

Jaxon, born and raised in Los Angeles, Calif., is a self-taught musician, singer and songwriter, who was first inspired by some of the greats. His musical roots reach back to New Orleans’ yesteryear, where his father was a professional saxophone player.

“My dad was a musician,” Jaxon said. “He’d jump on the round tables and he’d teeter on them and that was his thing … I begged my dad for a guitar and he got me one.”

Classically trained on piano from the age of 6, it was Jaxon’s love of the guitar that was undeniable. He also plays drums and bass.

“I picked up the guitar when I was 12 years old after hearing ‘Black Dog’ by Led Zeppelin and ‘Red House’ by Jimi Hendrix,” he said. 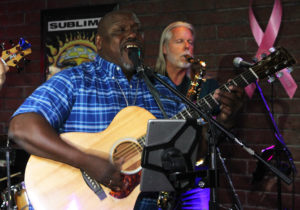 “There is a magic with music, there’s a magic that takes place when you play. I believe there’s a spiritual connection. The vibration of the music works with that spirit within me and makes my heart smile with joy. It touches me in a way that I can’t put into words. I’ve been driven by it since I first heard those songs.”

Jaxon, 57, has been professionally performing since he was 16 years old.

He chased the dream of bright lights and big stages for quite a few years, he said. He landed a few record contracts along the way, spent a few years as a sound engineer in New York, N.Y., and eventually settled into playing regularly scheduled gigs at an L.A.-based church called Love Lifted Me Missionary Baptist Church. After seven years there, and two more in Orange County, Calif., Jaxon pulled up stakes and settled in Havasu.

“I love the people here,” Jaxon said. “One of the first things I noticed when I came to town was, I didn’t know anybody and people would wave at me. Where I’m from people don’t do that, and I thought that was strange. Here, people are friendly. There’s pride in property so you don’t see trash just thrown on the street, and if your dog is lost, everybody helps find it. That’s the kind of person I want to be. So, I walk by and I say ‘hi’ to them.”

Aside from friendly neighbors, Jaxon said he was happy to see the community’s interest in what he loves to do – play music.

“There’s a support and love for live music,” he said. “People love live music here. We have good turnouts at gigs here in town, and we stay very busy.” 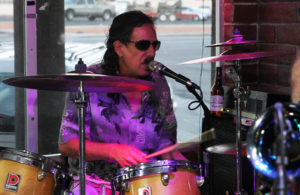 Jaxon’s local jam sessions grew to include platform shows at local events before blooming into today’s steady stream of gigs throughout many different venues in the tri-state area. Currently, Jaxon and his six-piece dance band play as many as six shows a week, including Tuesdays at Pennington’s Pub and Thursdays at Cha-Bone’s, in Havasu.

Jaxon and his bandmates also regularly play benefit concerts every few months as a way to give back. Most recently, Kevin Jaxon & Midnight Sun played alongside Matt Farris at Denise’s Day, a local cancer awareness event that was Oct. 8 at Springberg-McAndrew Park.

In January 2017, the group is set to play during the 7th annual Havasu Balloon Festival & Fair.

“My favorite event so far has been the balloon fest,” Jaxon said. “I’ve never seen balloons up close before I’ve done the balloon fest. I was totally fascinated by that.” 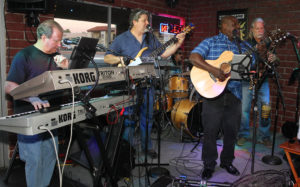 “I played Tom Cruise’s wedding reception when he married Nicole Kidman,” Jaxon said. “And, I met Prince. I got to shake his hand. I always wished I could’ve done a song with him or work with him on anything. I would’ve done anything to play with him.”

On that note, Jaxon is destined a Havasu legend.