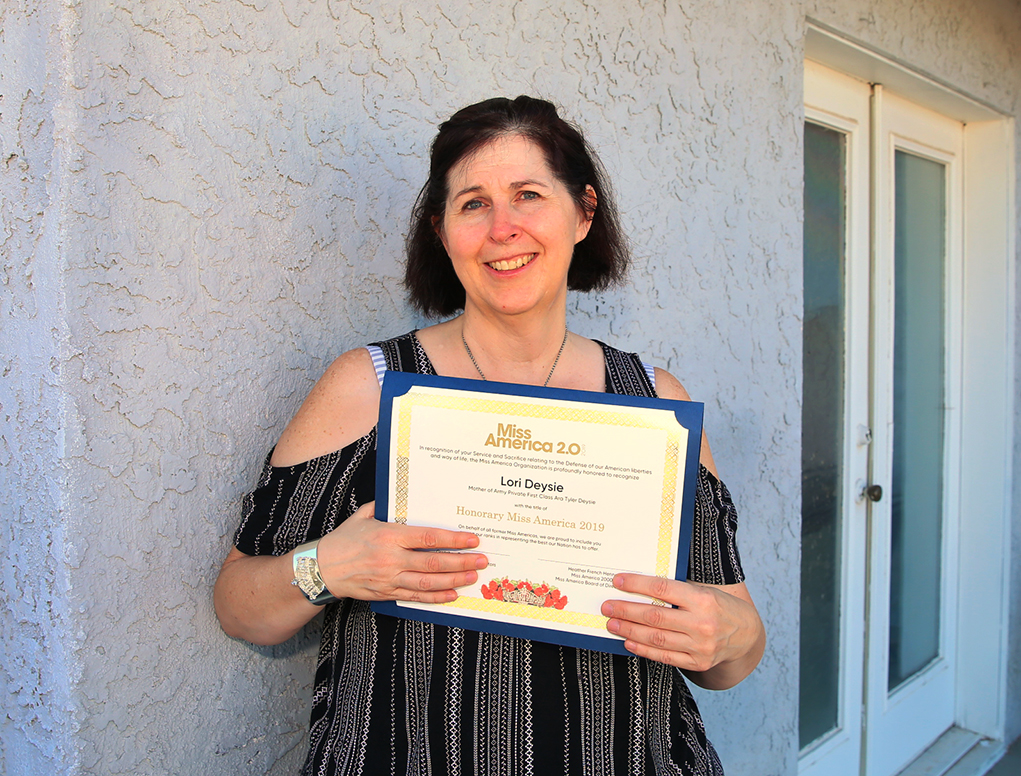 A recent all-expense-paid trip to New Jersey led Lori Deysie, of Lake Havasu City, into a whirlwind Miss America adventure that left her breathless amid the start of a hurricane, and missing one shoe – much like a real-life princess.

“It was a gift from heaven, but it was bittersweet,” said Deysie, Honorary Miss America 2.0 2019, a title bestowed through the combined effort of nonprofits Project Gratitude and Got Your Back, the Miss America Organization, and Caesers Atlantic City Hotel & Casino.

The notion was brought to Deysie’s attention in July of this year when she learned Project Gratitude wanted to honor her son Tyler, who is a fallen U.S. soldier. 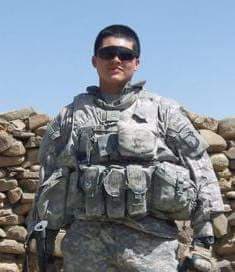 Deysie’s son, U.S. Army Pvt. 1st Class Ara Tyler Deysie was killed May 9, 2008, while serving in Afghanistan. On that day, 18-year-old Pfc. Deysie and his unit came under the enemy fire of rocket-grenades and he died of wounds that he sustained in the incident.

Ten years later, his mother was selected as one of 10 Gold Star Mothers in the U.S. to be pampered and honored as an Honorary Miss America in Atlantic City, N.J.

“The grief is hard, it was a bittersweet trip,” Deysie said. “It was good and that, but it was bittersweet. It’s nice to honor my child.” 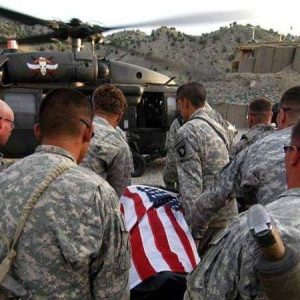 Lori’s son, Ara Deysie, being carried to the helicopter out of Afghanistan on May 9, 2008. photo courtesy Lori Deysie.

Deysie was widowed at the age of 34, and lost her son Tyler when she was 40, she said

Arriving on Sept. 5, Deysie had a few fun-filled days of sightseeing that included a spa day, a dolphin boat cruise, and attending the Miss America Show Us Your Shoes Parade

“They wined and dined us all,” she said.

Each of the 10 Gold Star Moms were put up in Caesers best oceanside rooms. Deysie’s was on the 43rd floor.

On Sept. 9, the day of her Miss America event, it was raining. Deysie spent nearly two hours in hair and makeup before it was her time to walk on the grand stage during the pre-show.

“I went with no shoes, one was missing, I lost my shoe,” Deysie said. “I went in my slip-on flat shoes, I was missing one of my heels I brought to go with my dress.”

The pre-show lineup included a photo display of each of the fallen soldiers just ahead of the 10 Gold Star Moms being presented. Deysie saw it play out on the kiosk backstage.

“I was surreal, I cried. I got emotional,” Deysie said. “It was overwhelming thinking of all the mothers’ grief, it was hard to pull myself out of that and I ended up crying on stage. One of the mother’s lost her son in 1991 and I was just thinking, how do you survive without your child for that long?”

The other Gold Star Mothers were from U.S. states such as Kentucky, Florida, Utah, Michigan and New Jersey. 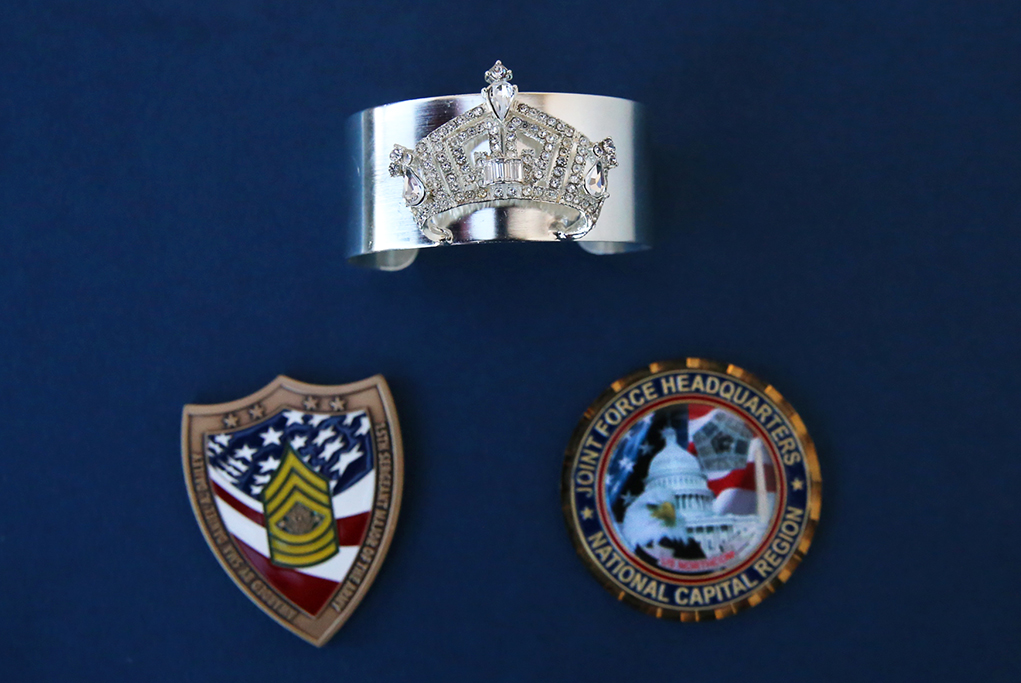 Pictured above is a cuff bracelet and coins given to Lori Deysie. Jillian Danielson/RiverScene

“We walked on the stage, and we got a cuff bracelet that was made by the same guy that makes the Miss America tiara,” Deysie said.

The return flight back to Deysie’s Arizona reality was Sept. 11.

The aftermath has left her with memories of eating huge shrimp, free room service of fresh food, relaxation in the sauna and a good massage, and the memorable pistachio cheesecake with lemon from Nero’s, an eatery with Caesars.

“I was just saying I needed a vacation,” Deysie said. “It was a gift from heaven but bittersweet because of the reason.” 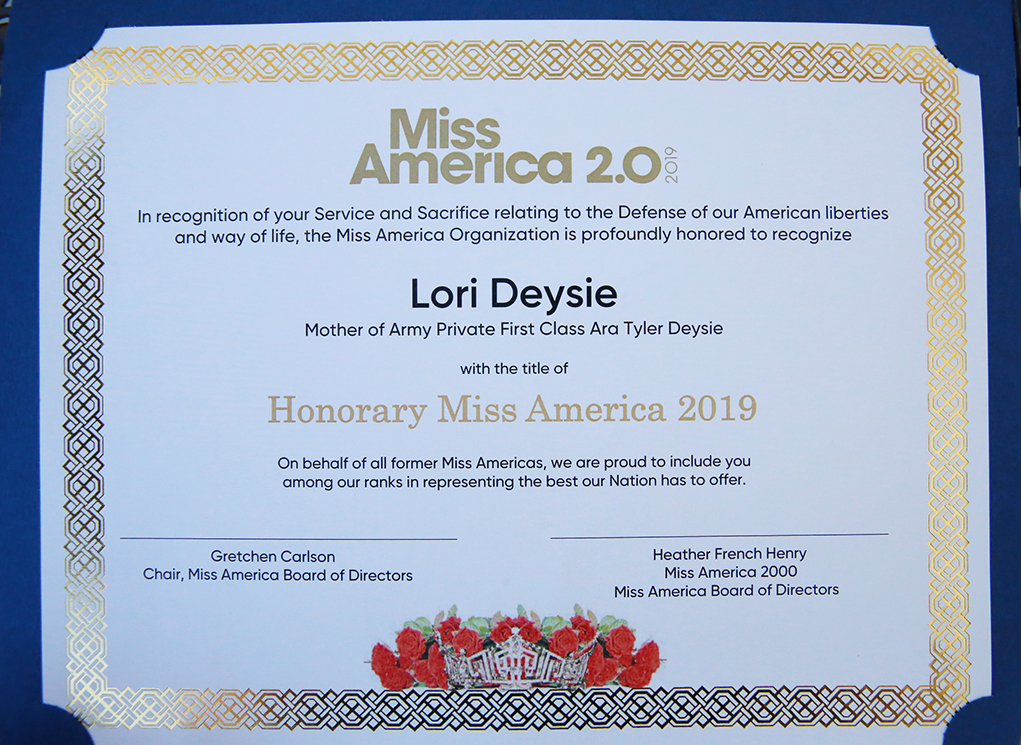