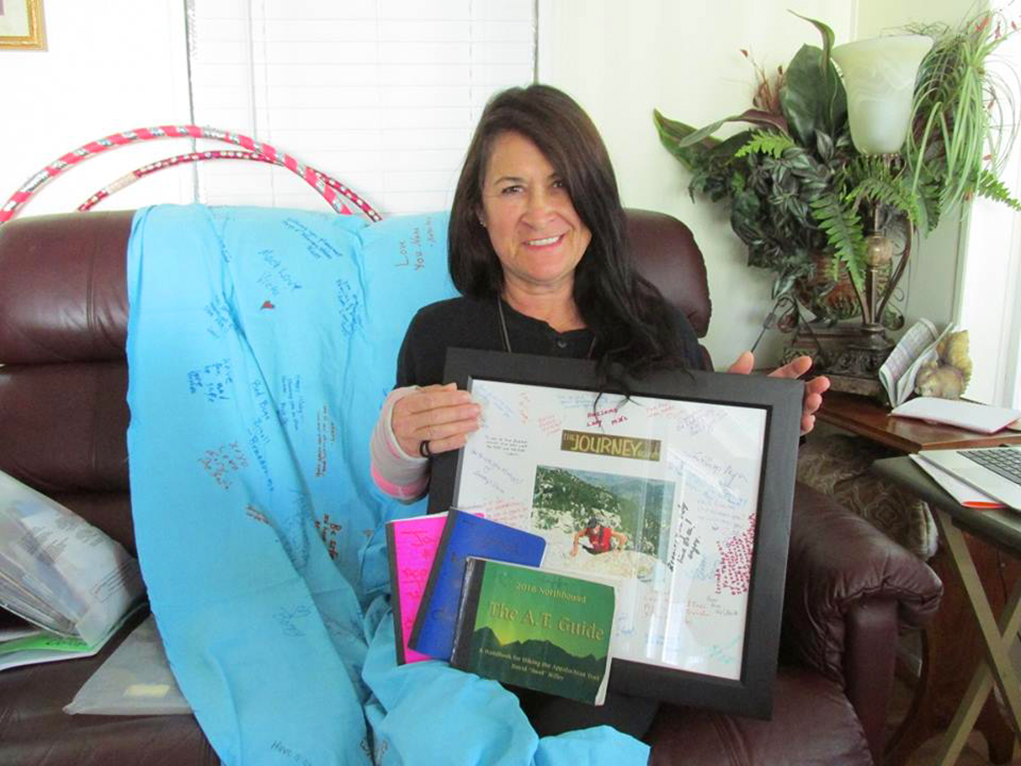 Lorinda Moore, 57, of Lake Havasu City, is transitioning her way back into society after spending five months and one week hiking the Appalachian Trail on her own.

“I feel on top of the world,” Moore said. “I have a super feeling of accomplishment but I wouldn’t encourage anyone to do it unless fully committing to completing the Trail.”

The Trail stretches about 2,190 miles from Georgia to Maine and crosses 14 states. Moore began in Georgia, at Springer Mountain, heading northbound toward Maine’s Mount Katahdin. Her pack was 49 pounds and it included a toothbrush, journals, maps, food, camping gear and water but no comb and no hairbrush. 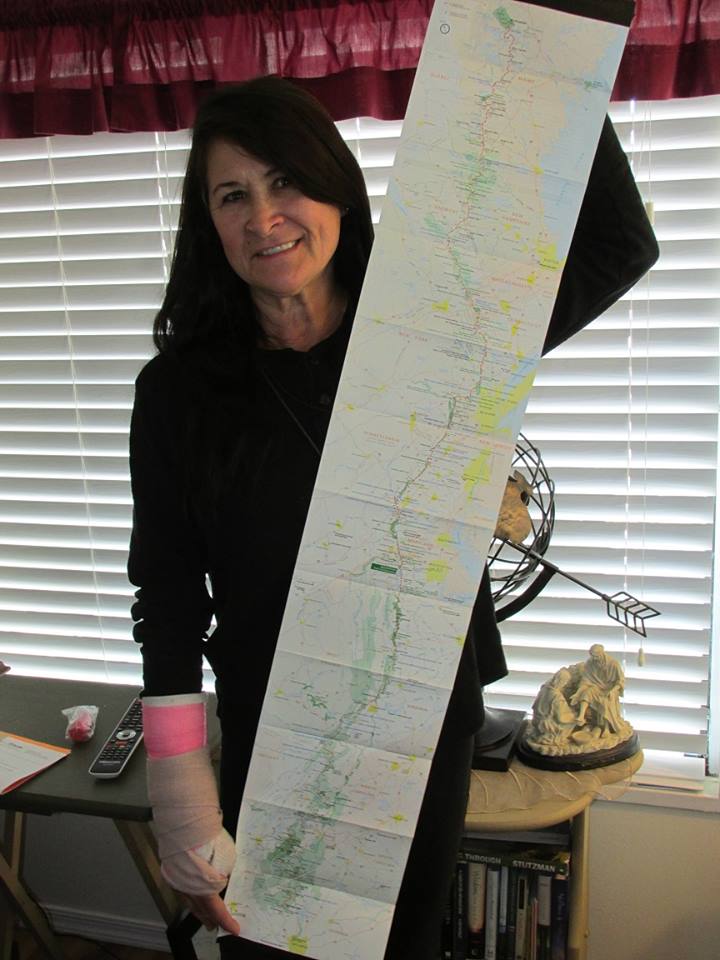 The Appalachian Trail’s Georgia trailhead is preceded by a rugged approach trail that is roughly nine miles. On April 26, Moore found her way into an adventure of survival, soul-searching, way-finding and physical endurance.

“The very first day was the most memorable for the weather,” Moore said. “I did the 9.1 miles of switchbacks, in the dark and in the rain but I knew I wasn’t going to quit – my grandkids were watching.”

The different techniques of approaching the Trail include blue-blazing, yellow-blazing, slackpacking, and white-blazing. Moore explained that blue-blazing, for example, is considered the easiest way and hikers can go off-trail, even taking roads around mountains to minimize the challenge. White-blazing, in contrast, is a no-deviation and leave-no-trace approach.

“I am a purist, I white-blazed, I didn’t leave the Trail,” Moore said. 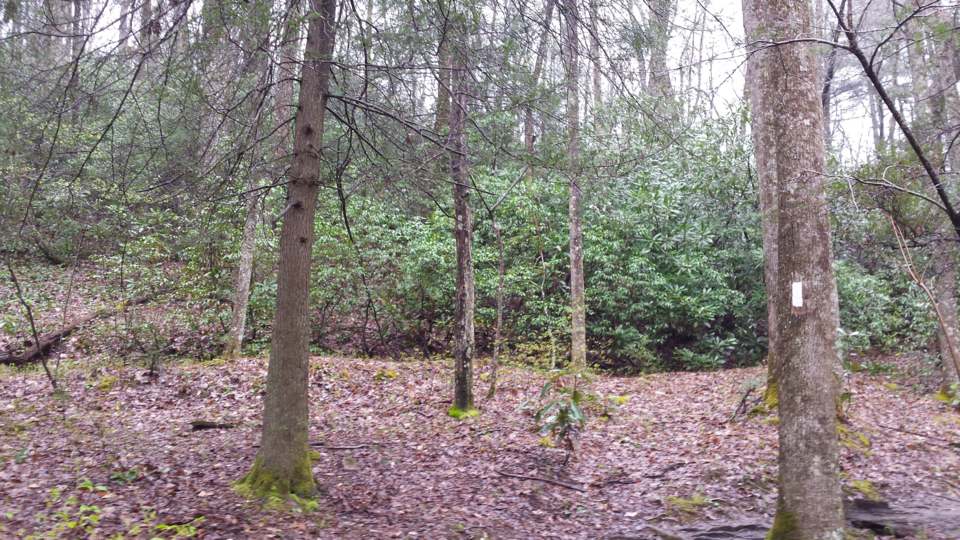 A white blaze marker on a tree along the trail. photo courtesy Lorinda MOore.

There was unpleasant weather, fatigue, brown drinking water, insatiable hunger, muddy trails, wet feet, body pains, bugs, coyotes, snakes, and at least one pesky bear along the way. It was May 14.

“I never want to go back to the Smoky Mountains,” Moore said. “The bears think they’re entitled. One took my $400 tent, destroyed it, and slept on it. He was still there in the morning.”

Everyone has a trail name. Moore’s was Cajunfire. The practice among the hikers removes the stereotype of occupation or hometown. It allows the hikers to be in the moment on the Trail as they all share the same goal. It nurtures camaraderie among them.

“There are different walks of life and they’re of all ages,” she said. “There’s people who are military, nurses, and then there’s the party crowd, too.”

“The most amazing thing on the Trail are the people,” she said. “The anonymity, the common goal, there is a bond between them.” 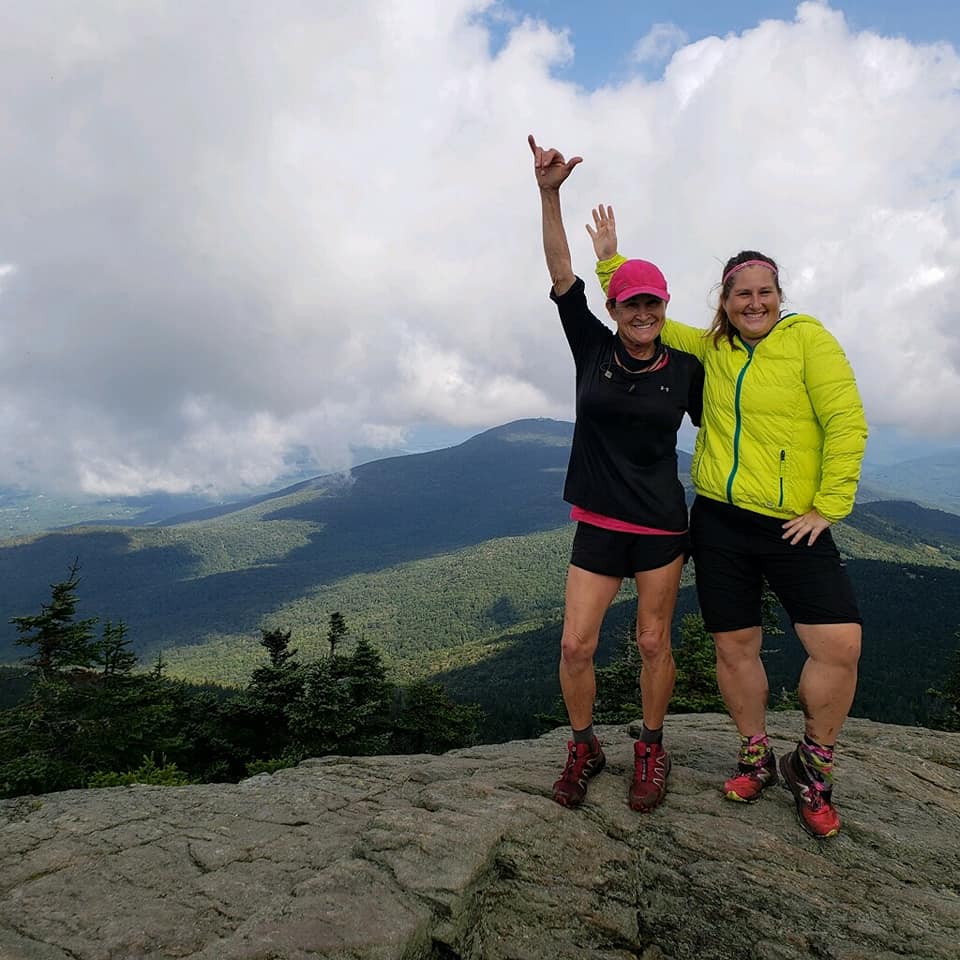 Meeting at least 300 or 400 fellow hikers along the way, Moore’s permit number proved at least 2,000 had gone before her this season.

Moore’s travel and hiking goal was 20 miles per day. At times, she boasted as many as 25 miles per day until suffering a foot fracture in the vicinity of the New Jersey and New York state line.

“It was a stress fracture,” Moore said. “I walked on it for 800 miles and was doing six to nine miles each day instead of 25 miles. It was so sad. I had to make a decision. I knew I didn’t want to get off trail so, I’m doing it. It took four weeks to get back to pace.”

Moore also suffered a broken arm the day before summitting in Maine, she said. The technical rock-climbing stopped her two miles from the top. With a broken arm and broken foot, Moore said she felt the feat of summit was risking the well-being of those helping her up. That decision of completion was Oct. 6, which is Moore’s birthday.

“Coming back to society was hard,” Moore said. “There is a depression after getting off Trail, I’m not used to having walls around me. I miss the people, I miss the family attitude and everyone taking care of everybody even if it’s just finding someone a pair of socks in the hiker box.” 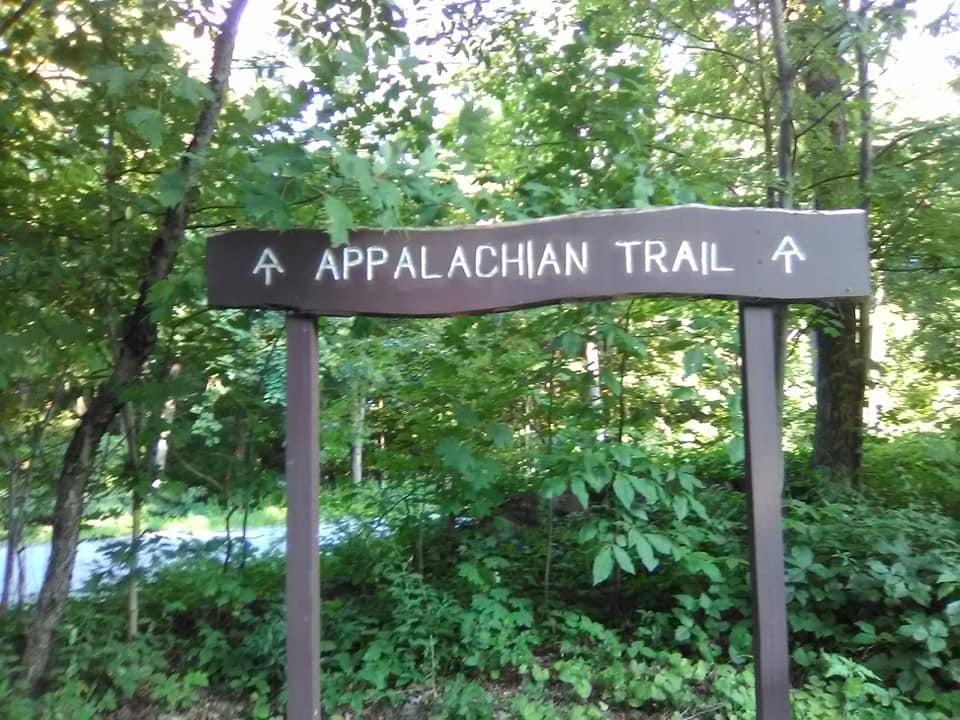 Running water, coffee, steak and showering are the things Moore has been enjoying most since her return to Havasu Oct. 12, she said.

“Vermont was my favorite state, I loved Vermont,” Moore said. “I loved the woods, you could see through them, they were just perfect trails.”

Moore is a mother of five children and she has seven grandchildren. Among them are five boys and two girls. Furthermore, Moore has a great-grandchild expected in March 2019. In all, Moore went through four pairs of hiking shoes, mostly pink ones.

“This was my God walk,” Moore said. “One-on-one for the first three months just going through my character, my faults, and where I needed to grow. Sometimes I’d work on something for a couple of days. It was amazingly spiritual.” 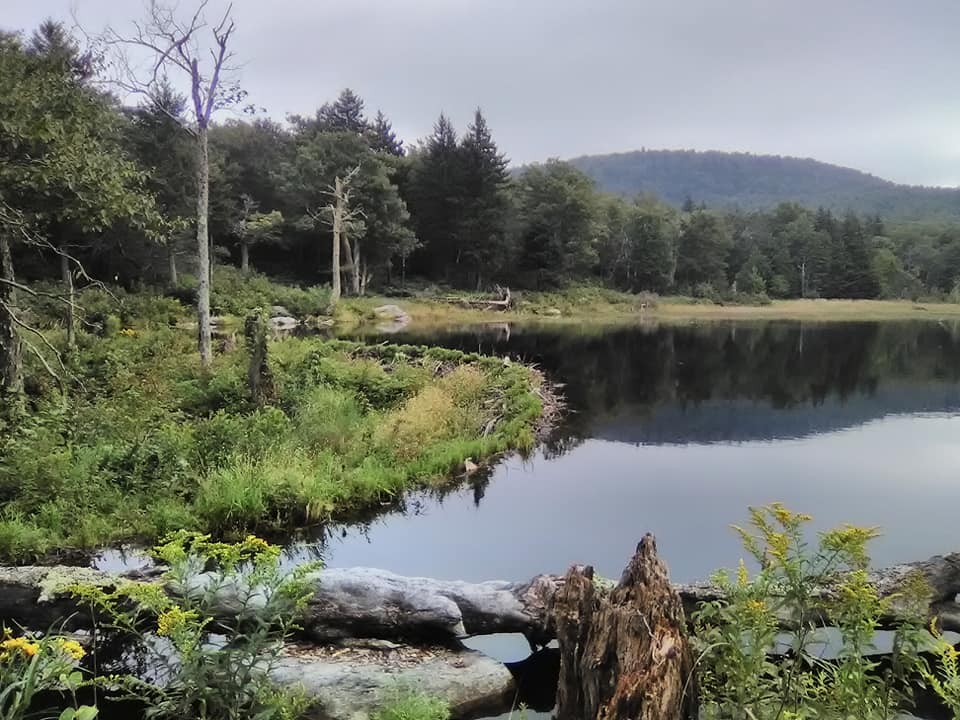 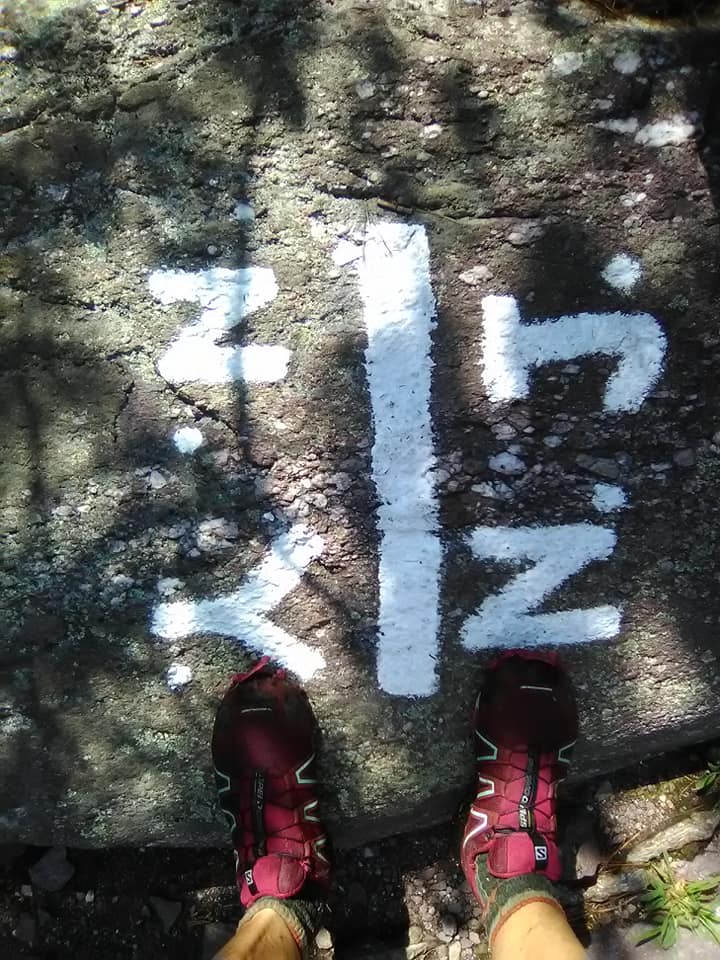 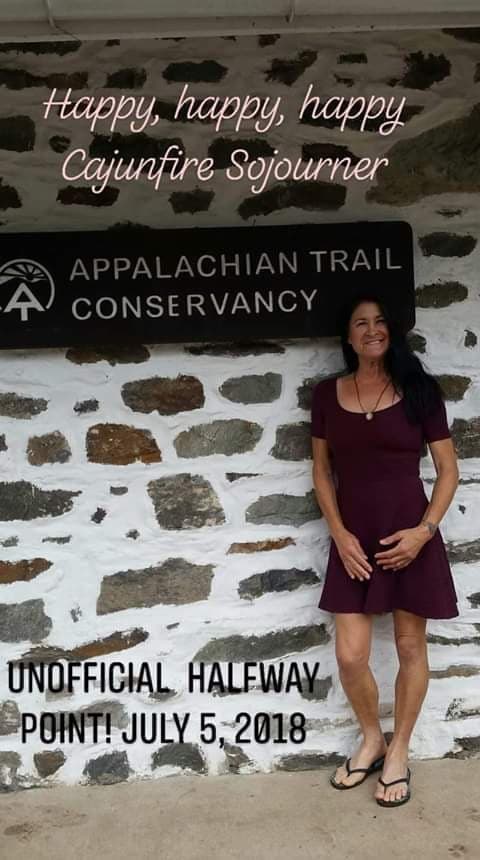 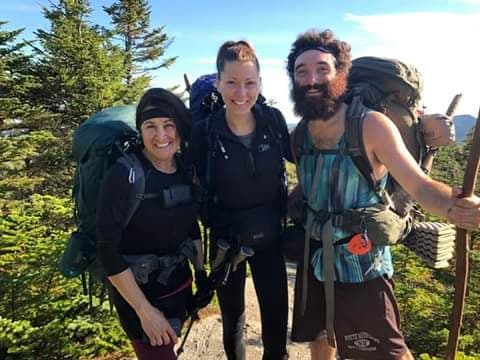