By Becky Maxedon with Cortez Fields

Most people in Lake Havasu City know Monica Hall by the many hats she has worn since arriving in 1978.

Hall has become the hallmark of success in all her endeavors. Her living mantra is to make sure her “community is good, her kids are good, and her husband is good.”

“If you’re going to do something, do it to the best of your ability. My kids will tell you, my motto is ‘go big or go home’ and I live by that,” Hall said.

“My parents were some of the first Havasu pioneers,” Hall said. Originally from Haverton, Penn., her parents moved from their East Coast home to Lake Havasu City in 1973, first traveling on one of the McCulloch Airlines tours. They eventually established themselves as part of the early community.

Hall, however, stayed in Pennsylvania to continue a nursing program to which she had been granted a full scholarship. The program in which Hall was enrolled was discontinued and she looked elsewhere for opportunity.

Hall eventually went into the construction area before considering moving to Lake Havasu City with her parents.

Hall originally moved to Phoenix to live with her sisters (she has five sisters and five brothers) before she eventually settled in Lake Havasu. Her parents were happy for her to join them in Havasu, and as a 24th birthday present, they introduced her to her soulmate – John Hall.

When Monica arrived in Havasu, she knew she needed a job. Her past experience as a supervisor for a telephone company was virtually useless in early Lake Havasu City. However, after her husband was tipped off about a bank job from someone on his bowling team, she applied to the State Bank as a receptionist. She was hired the day she applied, despite not having any experience in banking.

This job proved to be Monica’s entrance into her future career.

After a year, she became a loan officer in the department, and after five years, she was the manager of the loan department. She stayed on as the manager for six more years until she was forced to leave when the bank was bought by a different company.

Her second bank – National Bank – had initially intended to build a branch in Lake Havasu City, but that never happened, so Hall moved on to Mohave State Bank, where she has thrived for the past 24 years.

Hall is the Construction Loan Manager for commercial and residential projects and is the workout specialist where she helps solve collection problems and handles foreclosures.

But when one listens to her speak about her life, it is clear her passion is her children and her current volunteer position as nonprofit K-12 Foundation chairman for the past couple of years.

“I only take one job at a time,” Hall says as she talks about her work with K-12. Throughout her time in Havasu, Hall has been associated with numerous nonprofits and charities, but she said she always prioritizes each one individually. 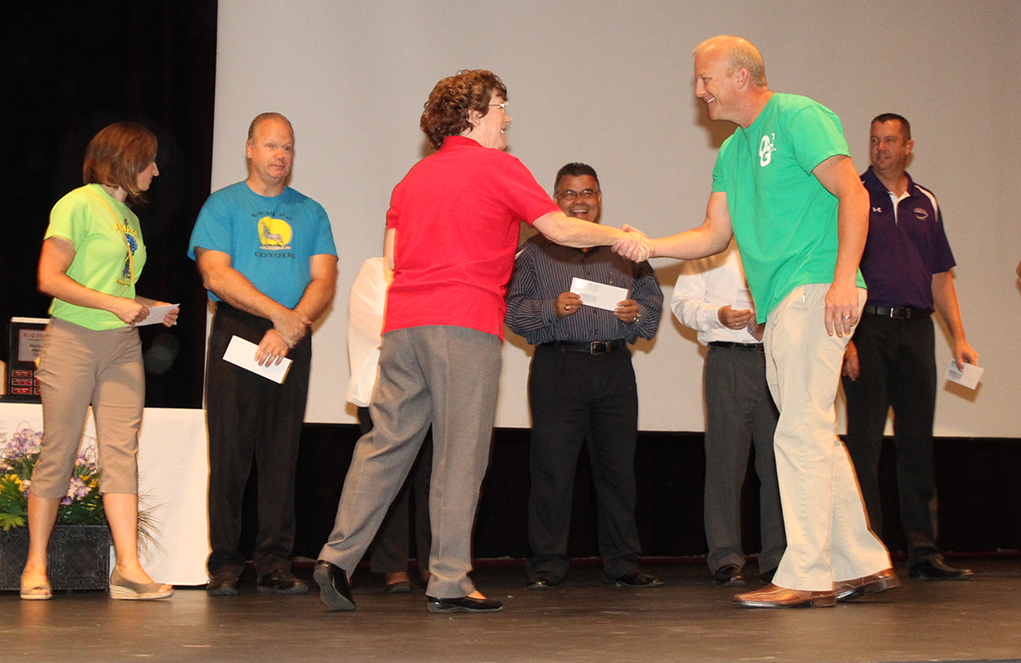 The Havasu K12 Foundation is her latest endeavor which she joined after her son moved away from Lake Havasu.

“Right now, I’m the chairman for the K-12 Foundation. When my son graduated from college, I told him he should teach here (in Lake Havasu). After five years, he had worked for minimum wage and my husband and I supported him in the purchase of school supplies, etc., whatever he needed to do the job – even if it was to pay for a kid’s lunch,” she said.

After five years, her son told her that he had not received a raise and needed to make more money. He said he wanted to get married and raise a family, so he found work as an educator in Texas.

“The day he moved to Texas was the day I joined the K-12 Foundation.”

Hall joined, she said, because she wanted to make a difference for the teachers and the students at Havasu’s schools.

“It’s tough. A teacher … they can’t raise a family on that kind of salary. They need to know we appreciate them.”

She said as chair for the past couple of years, she’s tried to get into programs as well.

“At the K-12 Foundation, we support the after-school program. We financially support the STEM program in every school in the district. We provide national scholarships for teachers trying to get nationally certified. We provide the partnership with ASU by supporting STEM and working with them, we partnered with them for the Math Olympics and Science Olympics,” she said.

The K-12 Foundation recognizes the top 20 students every year with a sit-down dinner for the student’s teacher and spouse, parents and a guest of the student.

“I have a lot of general contractor friends and so I ask them every year if they would provide one present for every teacher. I also ask for gift cards for the teachers and want to make sure they have everything they need,” Hall said.

Taste of Havasu is the major fundraiser for the foundation every year. 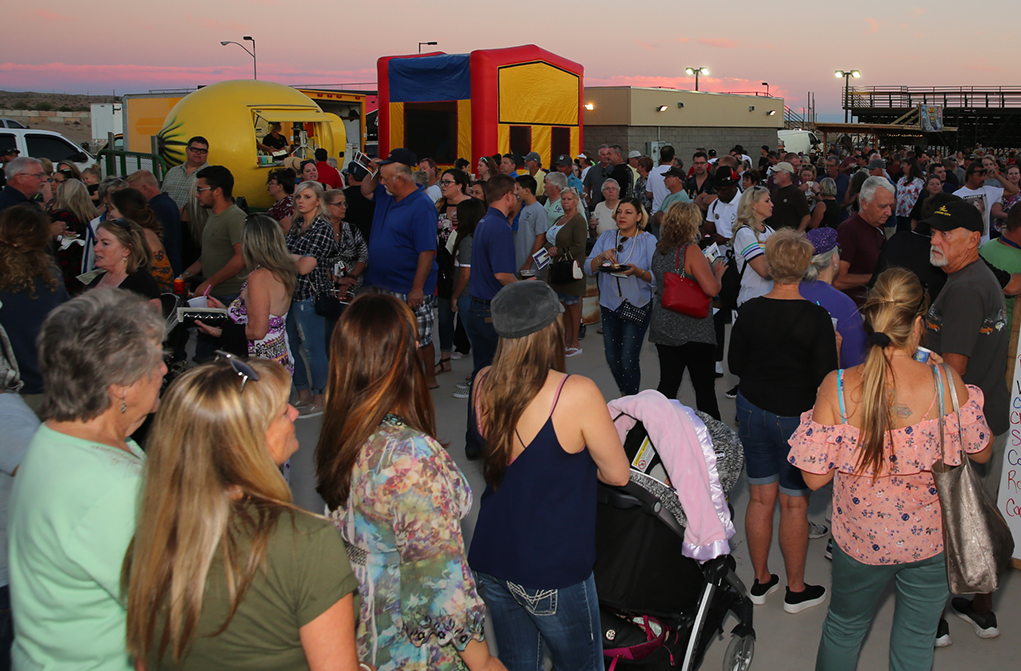 The Taste of Havasu will be held on October 22, 2019. Jillian Danielson/RiverScene

Hall and her husband are the proud parents of two. Their son is a professional educator and their daughter is a marketing director with Lions Gate in Los Angeles. They are also grandparents to an 18-month-old.

“My son did get married and have a family,” she said.

Hall said she will continue to work for the teachers and students of Lake Havasu City through the K-12 Foundation – because she doesn’t do anything halfway.