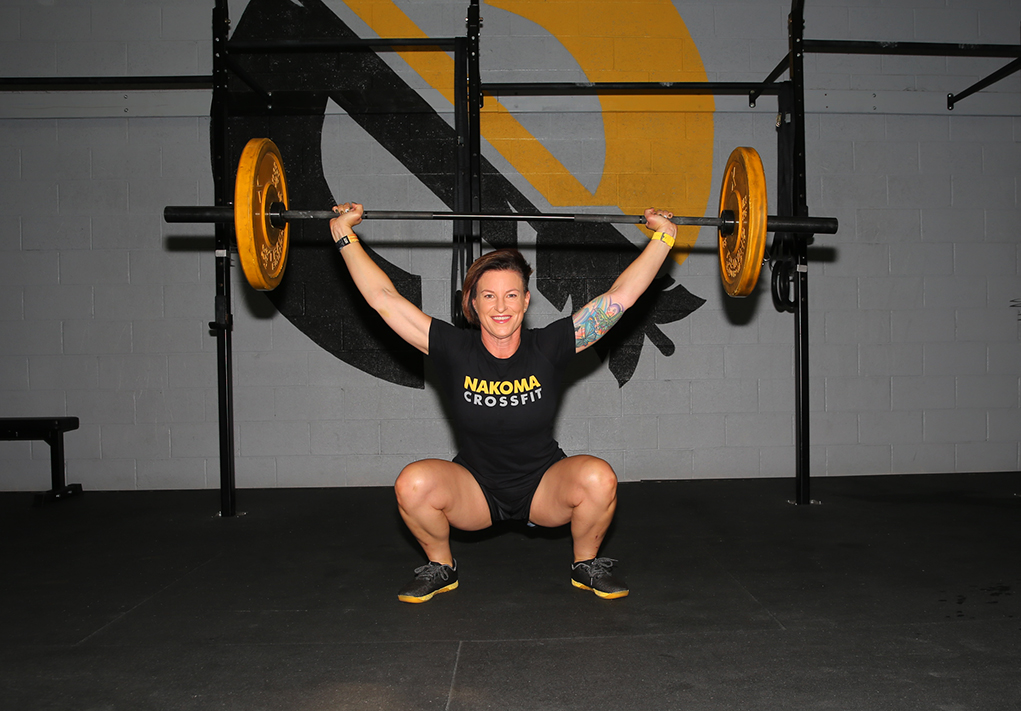 Local U.S. Marine Natalie Marcom, owner of Nakoma CrossFit in Lake Havasu City, says it’s about putting one foot in front of the other when it comes to her life, her fitness, her family and her faith.

“I love what I do,” Marcom said of her day-to-day at Nakoma CrossFit. “I didn’t set out to open a gym.”

Marcom’s journey with fitness began as a young woman when she became interested in joining the U.S. Marine Corps.

“I had to lose weight,” she said. “I’ve been kind of heavy my whole life.”

Having been a drum major in high school, Marcom assembled her clarinet and auditioned for a seat on a U.S. Marine Corps fleet band. The band, based in New Orleans, La., most often played at military retirements, change of commands, and other public affairs. In short, Marcom made the cut and spent the next four years living the military life.

“Once I was in the Marines, I had to stay in shape,” Marcom said. “Then, I got pregnant. I was eating and gaining, and I was faced with having to lose the weight again. I did, but then I got pregnant again when I was finished with the Marines. I kept eating and kept gaining weight. I was in Alabama. Southern eating isn’t the healthiest but, oh, man is it good.”

Time passed and Marcom settled into family life. She completed a sociology degree and graduated from Jacksonville University in Oxford, Ala. As the children began to grow up, they convinced Marcom to participate in a one-mile fun run with them. She signed up, thinking it would be doable.

“Everything in my body hurt, everything was bouncing and I only made it a quarter of a mile,” Marcom said. “That was the moment when I realized that I want to be around for my children. I want to live with them and I want to adventure with them. I had to something. I was 250 pounds.”

Once again, Marcom set her mind to reclaiming her optimum fitness level. Her goal was participation in a triathlon, something she always had wanted to do. After six months of training, Marcom successfully completed the triathlon in 2006.

Marcom moved to Havasu in 2010 with her husband, who works for Harley-Davidson. At that time, the Alabama facility had closed and there was employment opportunity with that company at the proving grounds in nearby Yucca.

“I was doing my own thing, I was a CrossFit trainer, then I was out of training for a while, and then was back into it but with my own programming,” Marcom said of her time in Havasu. “I was working out in a friend’s garage and I was approached to come back as a trainer. They wanted me back.”

At first thought, Marcom said she scoffed at the idea of owning her own gym. On Feb. 1, 2017, she opened the doors to Nakoma CrossFit. She draws on her perseverance and military fitness experience to motivate the members.

“She’s awesome,” said Marie Johnson, who has been a member at Nakoma CrossFit since October 2017. “She is very patient, very good.” 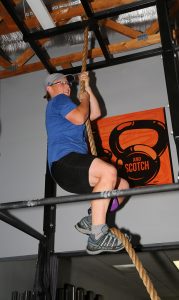 Marcom grew up pushing herself in academics, after-school activities, and during family outings.

Marcom’s U.S. Marine mentality of adapt-and-overcome lends itself to CrossFit workouts, she said.

“It’s transformational for members,” Marcom said. “If I can get them to focus on their breathing, or push them for just one more repetition, or add just a few more pounds, or try one more with perfect form, it takes their head out of the game. Their successes really begin to build on one another.”

Marcom, who is a self-proclaimed go-getter, said her U.S. Marine Corps roots have taught her many things about herself and about her faith.

“I learned that I can make it through anything, there is no quit,” she said. “I learned attention to detail really matters, and I found God in the Marine Corps, too, that really plays a huge role. It’s not just me. I have a heavy reliance on my faith. Where I lack, then I have my faith to seek out the right path, the right steps. It helps me to be softer, to be a more loving individual.”

Nakoma CrossFit is set to move a quarter mile south of its current location of 621 N. Lake Havasu Ave., in Havasu. The new location is 7,000 square feet compared to the current 2,700 square feet.

The gym’s new location will be at 537 N. Lake Havasu Ave., in Havasu. Classes will begin in the new building Sept. 3. A grand opening celebration is set for Nov. 3. 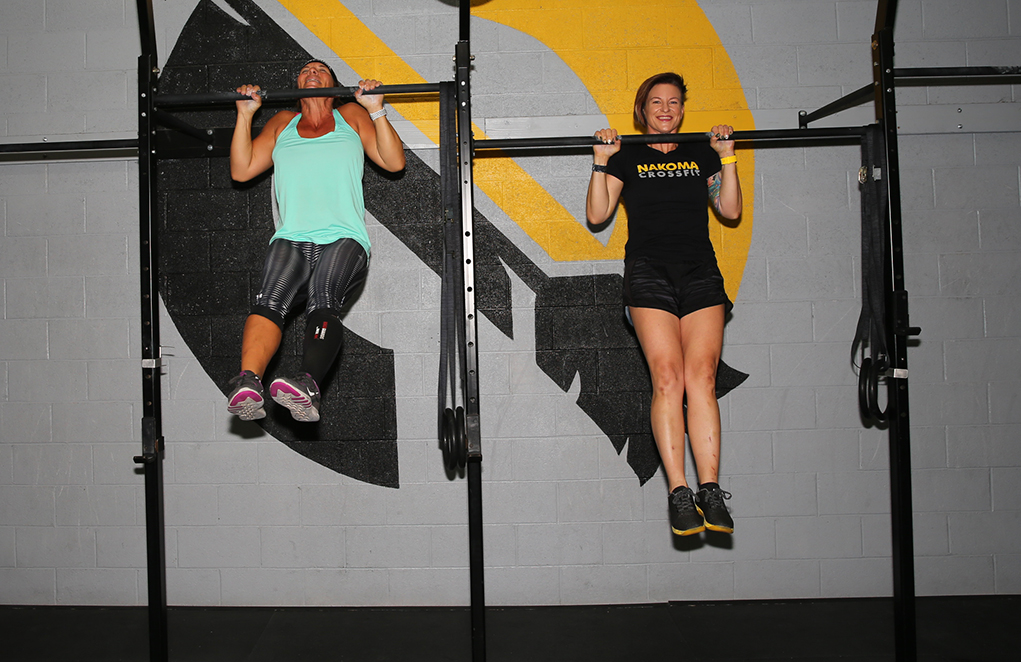