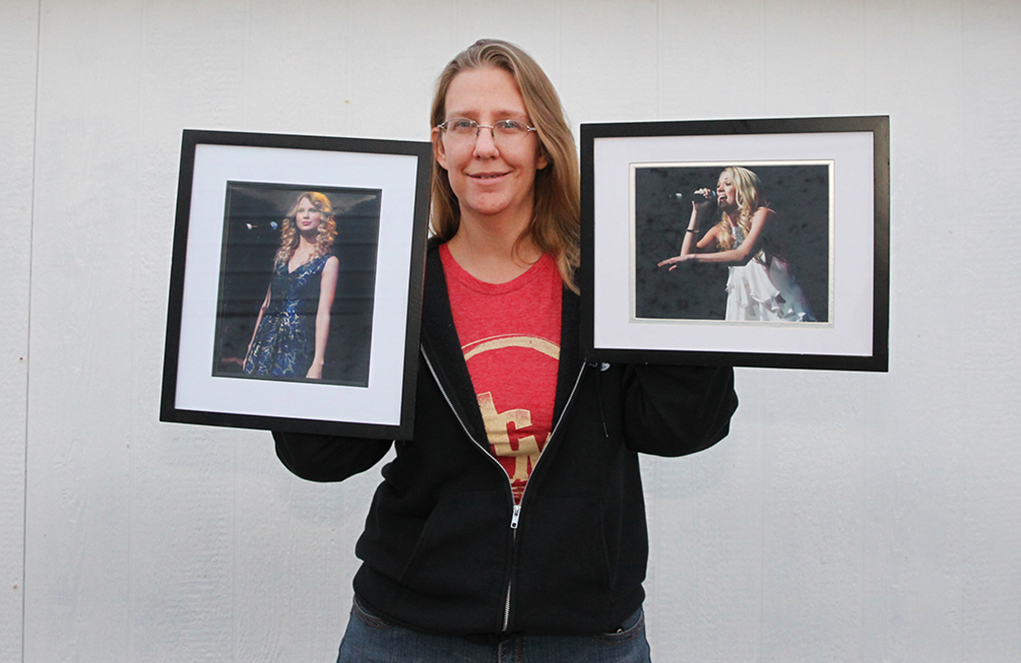 Local shutterbug Samantha “Sam” Rogers has taken her hobby from behind the camera lens to new heights as she focuses in on celebrities in concert.

Rogers, an avid county music fan, notices tiny details about the performers that the next person might miss. This attention to detail, the study of their movements, began long ago and since has morphed into an art form.

Rogers anticipates the movements, gestures and candid moments of her favorite celebrities and works to capture them. The practice translates into a perfectly timed photo. 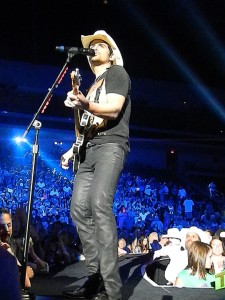 “I go to a lot of concerts,” Rogers said. “And, I found out that I was good at finding those moments.”

The trend first started with Rogers years ago while she attended a Terri Clark concert. Since, she’s grown to love it, to seek it out, and to collect her moments captured.

“I watched Ira Dean, of Trick Pony, starting to get mad at his bass,” Rogers said. “He was yelling at his guitar and getting mad. Then he went backstage, grabbed kerosene, and lit his guitar on fire.”

Rogers, standing by, photographed the blaze.

“I arrive early so I can take photos and I try to get on stage if I can,” she said.

Some of the celebs are more fun than others to photograph.

“They’re all different,” Rogers said. “George Strait is one of those people, he just stands there. The stage rotates and goes around but he doesn’t move much. But, Reba, she’s very active … and Christian Kane, too, he is really fun to photograph. He’s very active.” 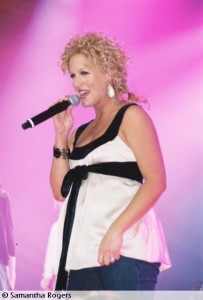 Kimberly Schlapman, who is a singer for Little Big Town, has accepted Rogers’ photos as gifts.

“They have their pictures taken all of the time but never really get any of their own copies. So, I had some copies and a disc made and gave them to her during a Fan Fair.”

The photos originally were taken when Schlapman was pregnant and attending an after party.

“There was really beautiful lighting there,” she said. “She was like, ‘Oh, my gosh!’ when she saw them.”

“Somewhere in high school I found a camera,” she said. “I picked it up and realized that no one could tell me my mom did these photos.” 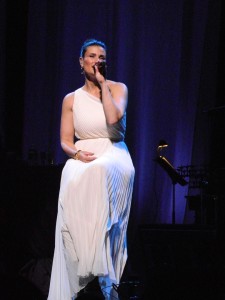 Rogers, shining her own light, moved on to attend some photography classes at Central Wyoming College in Riverton, Wyo., while studying to be an educator. Today, she lives in Lake Havasu City and cares for her parents. Furthermore, Rogers just celebrated 10 years of employment at the local Smith’s Food and Drug grocery store.

Most often, Rogers would attend concerts with her mother. The two regularly attended the Academy Country Music Award show when it’s in Las Vegas, Nev. The duo also has attended the CMA Music and Fan Festival in Nashville, Tenn.

Other subjects that interest the local photographer are Comic Con, animals at the zoo, and rodeos.

“I can’t pass a zoo. There is no way I can pass a zoo,” Rogers said. “I like photographing things that have a lot of movement.”