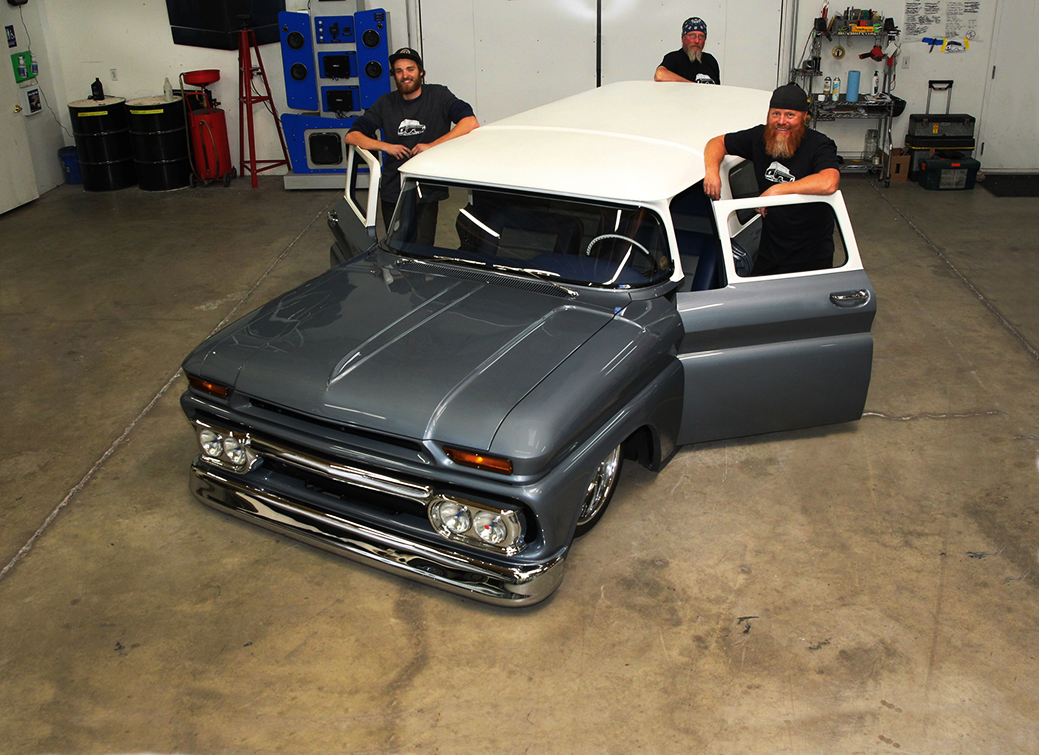 Custom-car builder Scott Laitinen, owner of SIC Chops in Lake Havasu City, is gaining national attention and winning coveted awards for the extreme ingenuity he has introduced into his trade.

“Anytime you build something that is outside the box, you’re trying to show that more can be done,” Laitinen said. “With that comes scrutiny, but we’ve had a very positive response with what we were able to accomplish. We would hope to set a trend, to see more of them.” 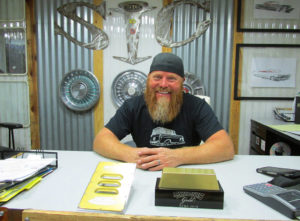 The positive response came in the form of a Goodguys Gold Bar award at the 2016 Specialty Equipment Marketing Assn., or SEMA, show in Las Vegas, Oct. 31 to Nov. 3.

“We won the Goodguys Gold Bar,” Laitinen said. “What they do, they pick five of their favorite top builds. It was pretty neat, it was a cool experience.”

SEMA is the premier automotive specialty products trade event on the planet, drawing the industry’s power hitters from around the globe, according to Laitinen. Vendors turn out from at least 100 countries and about 60,000 industry buyers come to spend.

“We were in the north hall near one of the entrances, it’s called hot rod alley,” Laitinen said. “It’s coveted to even have a space there. It’s the cream of the crop, the best of the best … If you look at 100 or 1,000 cars, I just want ours to be remembered. If it’s remembered, then we’re stepping our game up, we’re trying to run with the big guys.”

“We were very fortunate and very blessed that we were able to get the spot,” he said. “They unveiled their brand-new product, Endo-VT, which was on the truck. We got to be part of a product launch. It was neat for them, and it was really neat for us. It was a good fit. And, we gained a lot of exposure out of it.”

The competition was among 1,500 specialty automobiles, and 500 customs. It was Scott’s vision and the work of his team to pull it off that drew Goodguys’ eye.

“It’s a really big honor to win that award, and, quite honestly, we were really blown away considering the competition that we were up against.”

The appreciation and gratitude from the industry’s top dogs in the face of doing something groundbreaking within custom-car building was a surprise to Laitinen. And, he pulled off the build without anyone being wise to what he was up to. 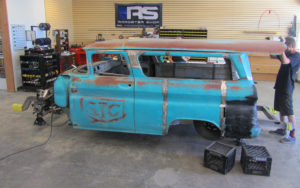 A before photo of the truck courtesy Scott Laitinen

The custom truck started out as a 1961 Chevrolet Suburban body purchased for about $500. The concept and design dawned two years prior but was then shelved for about a year. In January, the project ramped up when owner Rich Tillema, of Bakersfield, Calif., wanted to do something different.

The Suburban morphed into a 1961 concept Chevy Blazer at the hands of Laitinen and his team.

“We knew we wanted to chop it and we knew we wanted to shorten it,” Laitinen said. “I tried to do something that hasn’t’ been done by building that Blazer. And to be able to do it with nobody knowing? And, we built it in 8 months.”

Conceptually, Chevrolet never made a Blazer in that generation. When they, did it was a square body style. The what-if of the matter is what inspired the build.

The roof skin was cut off. The chassis was shortened and vehicle was revamped with 11 inches cut from the center. Another 11 inches was removed from the back. The window area was chopped by 2.5 inches, and the roof skin replaced after it was pancaked one inch and shortened by 22 inches at the rear to avoid a center seam. The truck has been fully fire-walled and floored. 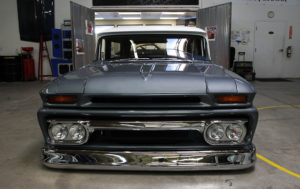 “The whole front clip has been reworked, and it has a modern hood opening so we were able to tuck the tires and hide the tires while keeping the modern and classic lines,” Laitinen said. “It sits on a brand-new roadster shop one-off chassis. It’s powered by an 840-horsepower Don Hardy-built LSA Chevrolet motor with a 4L80 transmission.”

It’s equipped with the new AccuAir Endo-VT for the air ride management and has a Ron Mangus custom interior. It also has all flush-mount glass with a factory uncut windshield, state-of-the-art Kicker stereo system, a one-off custom steering wheel, and 3-inch stainless steel exhaust.

The final product was painted Overcast-gray Metallic from a 2016-17 GM Truck, and the top is Summit-white, which is another GM Truck color. 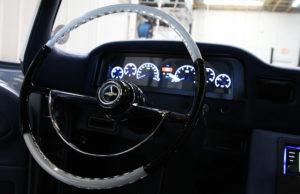 “We didn’t finish it until the day we left here,” Laitinen said. “It came out of trailer for a photo shoot and it was the first time I got to see it in the sun and step away from it to look at it … our goal was to debut it at SEMA.”

“We took it to a Goodguys show in Scottsdale, the Goodguys 19th Southwest Nationals, and won Top 10 Builder’s Choice.”

Laitinen is set to show at a handful of shows in 2017, including Pomona Grand National Roadster Show Jan. 26-29 and follow with shows in New Mexico in February, in California in March, and possibly participate in a road tour beginning in late May that travels from Phoenix to Tennessee.

For more information about Laitinen and his work, visit www.sicchops.com. 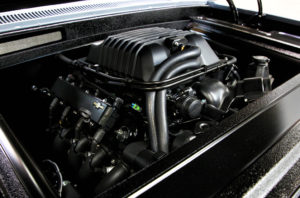 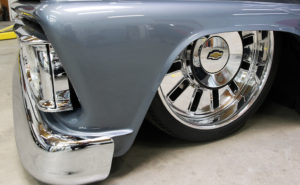 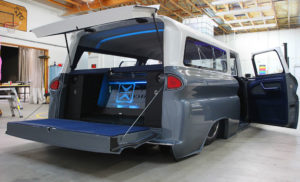