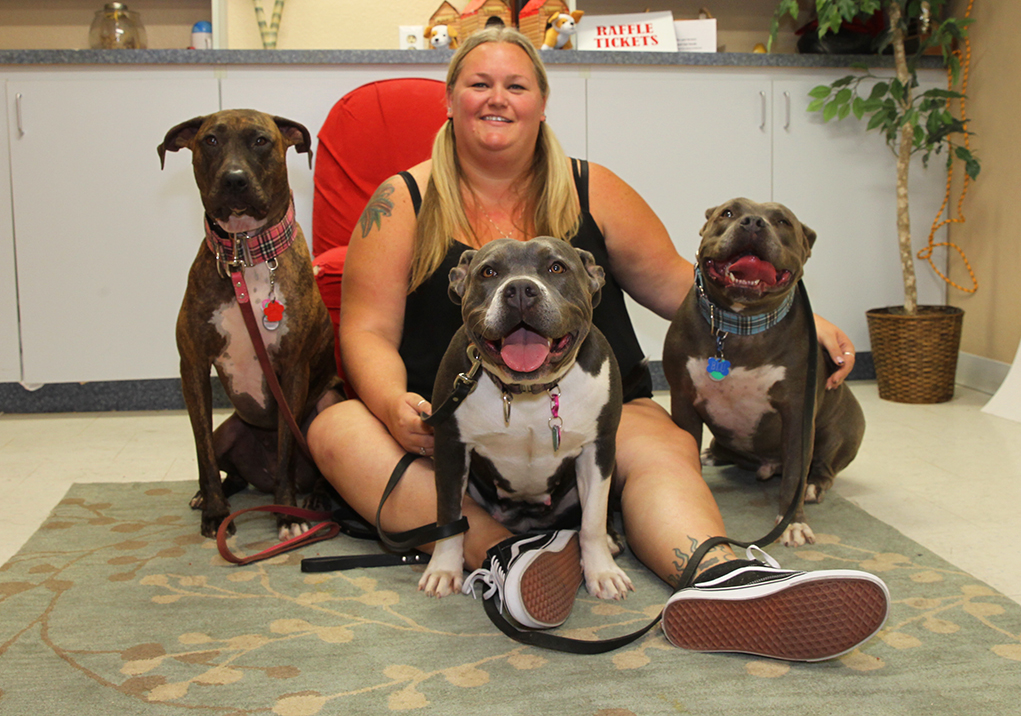 The thrill of her own pack winning ribbons at canine competitions is the tip of the iceberg for Valarie Candelaria when it comes to her dog obedience training efforts in Lake Havasu City. Her work has facilitated a lasting bond of love and companionship for hundreds of local shelter dogs and their new families, all through simple training practices.

“I think it helps with behavior but it helps with that bond,” Candelaria said. “It translates into everything. The younger the dogs are, the better. It makes is so much nicer before the bad habits happen.” 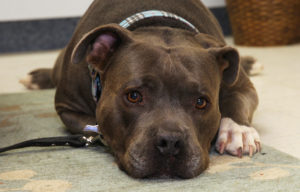 “It keeps me grounded,” she said. “You have to live in the moment with them. They don’t dwell and they don’t think about what’s next … I want to keep learning and keep doing. It’s all about the ribbons.”

In early 2010, Candelaria’s white-knuckle experience with her own American Pit Bull Terrier, Chloe, who is now 6 years old, had her questioning if she could ever control the spirited brute. The desperation led her into the hands of longtime Havasu dog whisperer Rosie Hampton, of Rosie’s Pet Connection.

Hampton, who has been training dogs in town since 1975, helped Candelaria and Chloe out with situation approach, mindset and an ongoing series of canine-command homework. The duo prevailed and led to winning placement at AKC dog-obedience competitions in the wake of Rosie’s teachings. 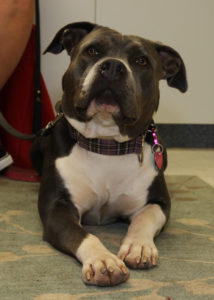 Candelaria relished in the newfound control of her Chloe and found herself in love with the training process as a whole.

Since, Hampton and Candelaria have formed a mentorship that has blossomed into a torch-passing-type scenario when it comes to ongoing dog training classes geared to meet the needs of the community.

“She is the best,” Hampton said of Candelaria. “She is really, really good. She has been with me a long, long time. And, boy, does she know what she is doing. She is a good trainer and you don’t come across that.”

Hampton, 69, said she is beginning to notice the trade catching up with her after 40 years.

“I can feel it,” Hampton said. “I don’t have the strength I used to have as far as handling the bigger dogs, I can feel it. Val, she is so dedicated. She would come and keep coming to class and was willing to keep going. She is well on her way. I’ll still be around for a long time and am always willing anytime anyone needs help, especially the adopted dogs. But it really is nice having more than one person to help do it.”

Western Arizona Humane Society is the hub of Candelaria’s volunteering. Her work there centers on homing and training hard-to-adopt dogs; addressing behavioral issues, and being an ambassador for teaching old dogs new tricks. She teaches her AKC Canine Good Citizen class there a few times each year. Michelle Baird assists.

Candelaria also is among a nucleus group who recently voted London Bridge Pet Partners into fruition. The group includes founding members and their therapy dogs Kathleen Hubbard and three Pit bulls; Gloria and Randy Hudmall and their two – a Chihuahua and Pomeranian-mix; and Dore Engstrom and her Golden Retriever. 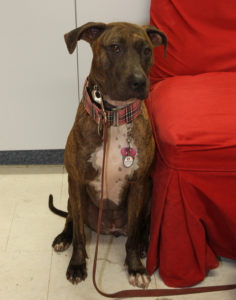 The group’s mission it to work as a team to educate and advocate for pet adoption and share their therapy pets with the community. Eventual fundraising is set to sponsor the adoption of, obedience class fees, and therapy-dog training of shelter dogs identified as good candidates.

“It’s important for me that people know that these dogs out here (at WAHS) can still be therapy dogs even if they’re adopted at 4 years old.”

The group’s first event to promote pet adoption at WAHS will feature a reading-to-dogs exercise. The date of the event is to be announced.