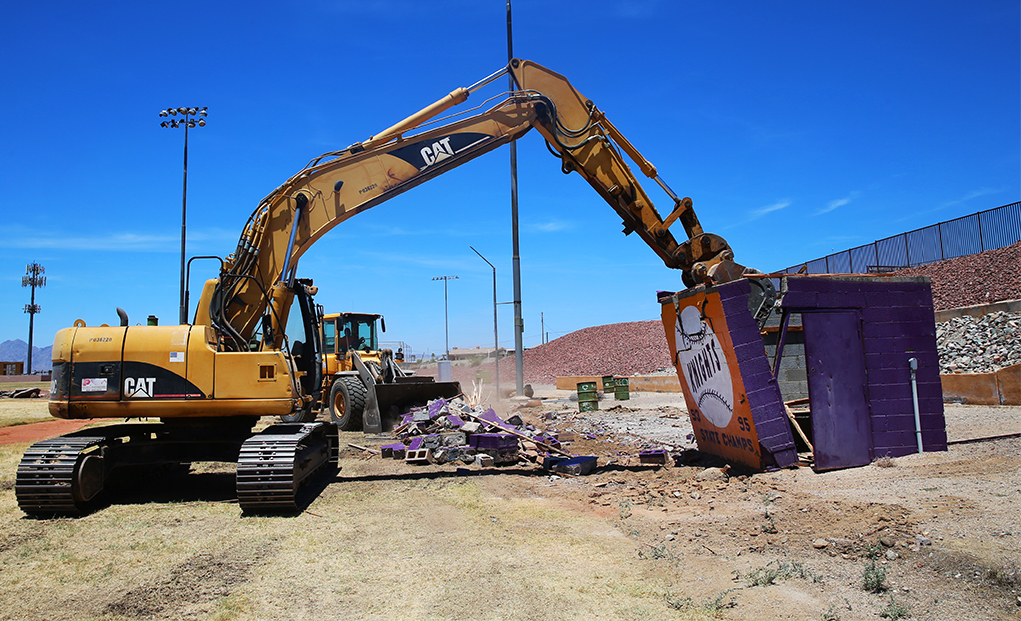 A new era ushers in excitement with the construction of Lake Havasu High School’s new baseball field while bringing about nostalgic memories of moments past. John M. Wade field, built in 1971 according to Havasu pioneer Larry Grzesiowski , has long stood in memory of the young man of 19 who tragically passed away on the very field playing the game he loved.

“Lightening killed one baseball player and injured seven others during an amateur game at Lake Havasu High School.

The victim was John Wade, 19 years old, of Lake Havasu City, who was pitching.

A witness said the victims were on the infield when a lightning bolt that ‘looked about two feet wide’ struck Wade on the head…. Lake Havasu City was playing Blythe, Calif., in the newly formed Colorado Basin League.” 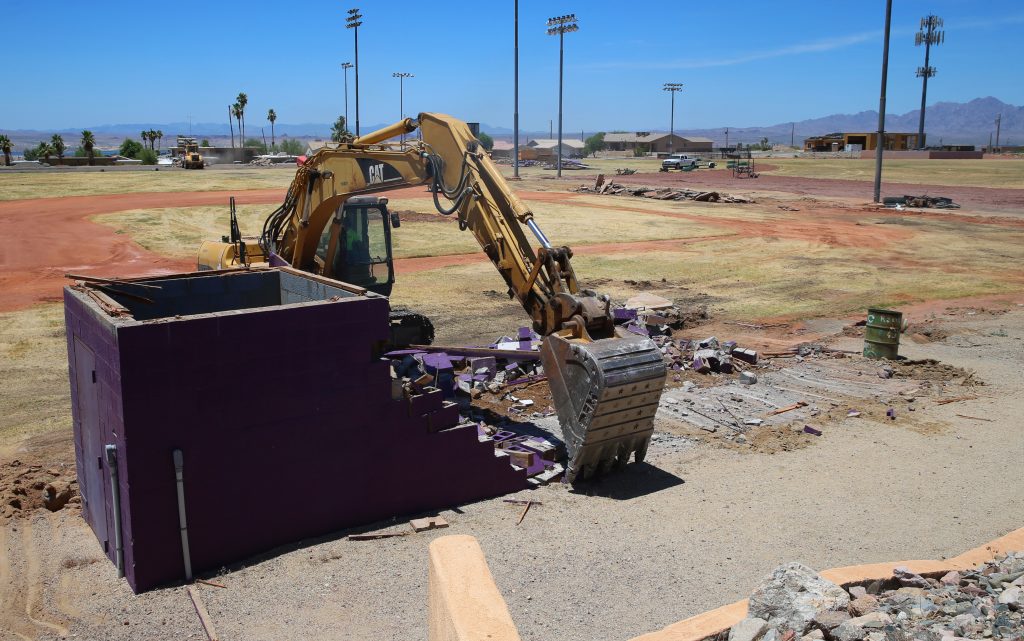 Construction on the new baseball field at LHHS began last week. Passersby will notice heavy equipment on the grounds working diligently to craft a blank canvass for construction. Nothing is left that would indicate it was ever a baseball field. No dugouts. No backstop. No Fencing. Temporary fencing will be placed around the facility while construction continues.

Dustin Zampogna, assistant principle at LHHS and athletic director, is excited for the updated grounds. “Pretty much from now on it’s hardhats and vests,” shares Zampogna. The project will include all new bleachers, full turf, softball and baseball fields, new press box and concession stands, bathrooms and batting cages. Everything will be brand-new. 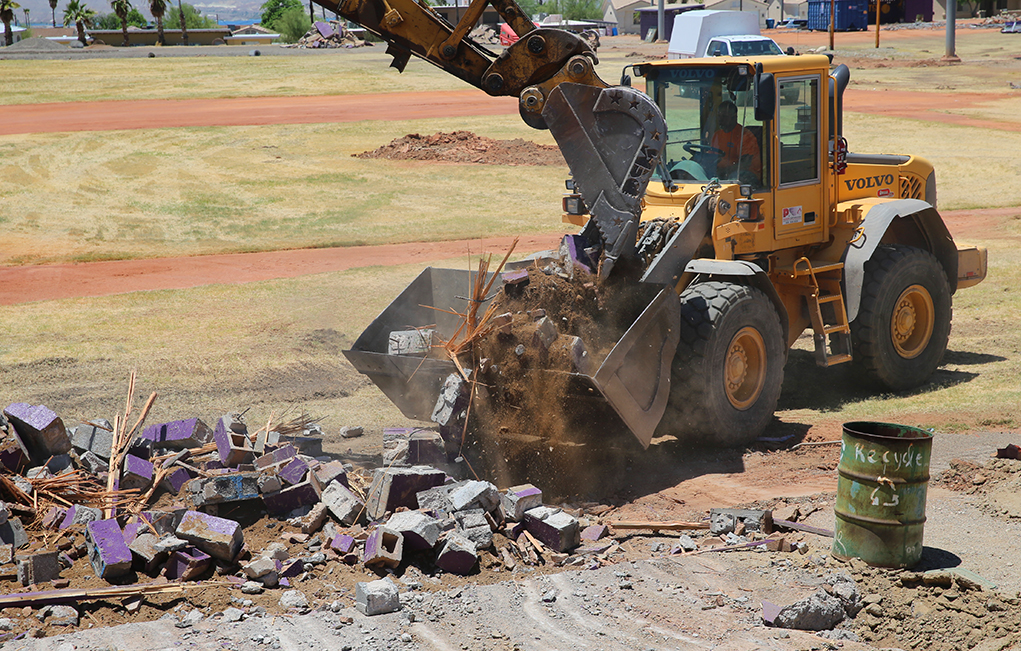 The project is phase two of the school bond. “This is our tax dollars at work, which we’re super appreciative of our community,” Zampogna said.

The scene of change waxes nostalgic for many who graced and walked upon the field. Curious onlooker Daren Toy expresses his sentiment and excitement. When asked what he feels about the field being torn up, “Nostalgic. I can’t wait to see what it becomes.” 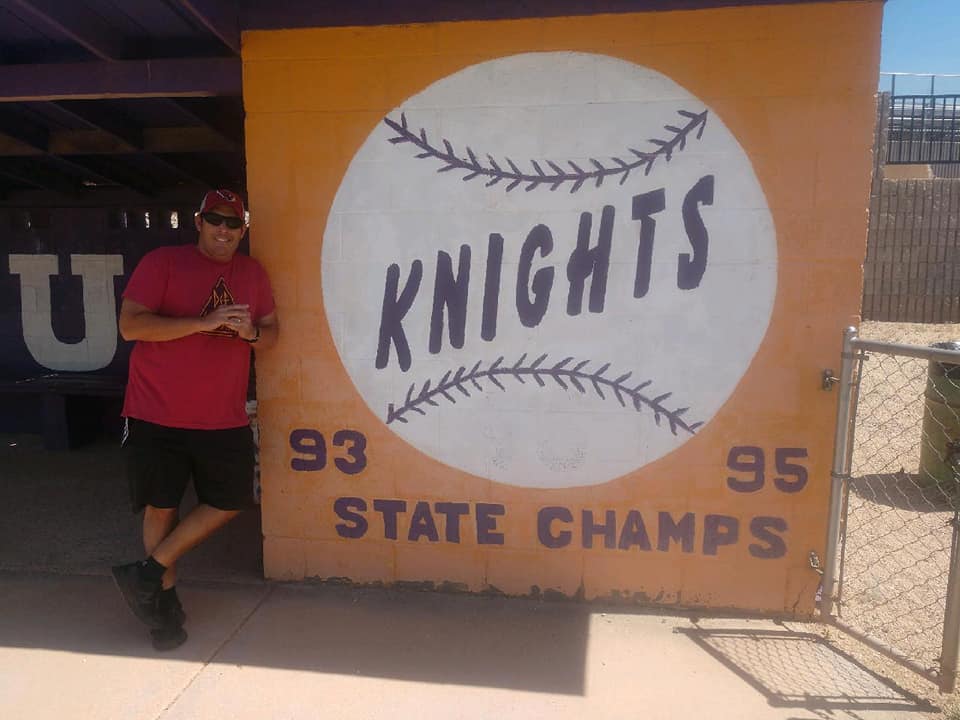 LHHS alumni Keith Crabtree poses for a photo in the dugout in May while visiting family in Lake Havasu. photo courtesy Keith Crabtree

LHHS Alumni Keith Crabtree, a graduate of the class of 1995, is sentimental and hopeful about the changes. “I knew the day was coming and it is a little sad, I just think of all the good times I had with my friends and coaches on that field, some are no longer with us. I think of how hard we worked, played, and bonded over the game of baseball and it makes me smile. I will always cherish those years. At the same time, I am happy for the coming generations to be able to have those experiences on their new field.”

The tentative completion date of the new fields at LHHS is January 2021, just in time for baseball season. 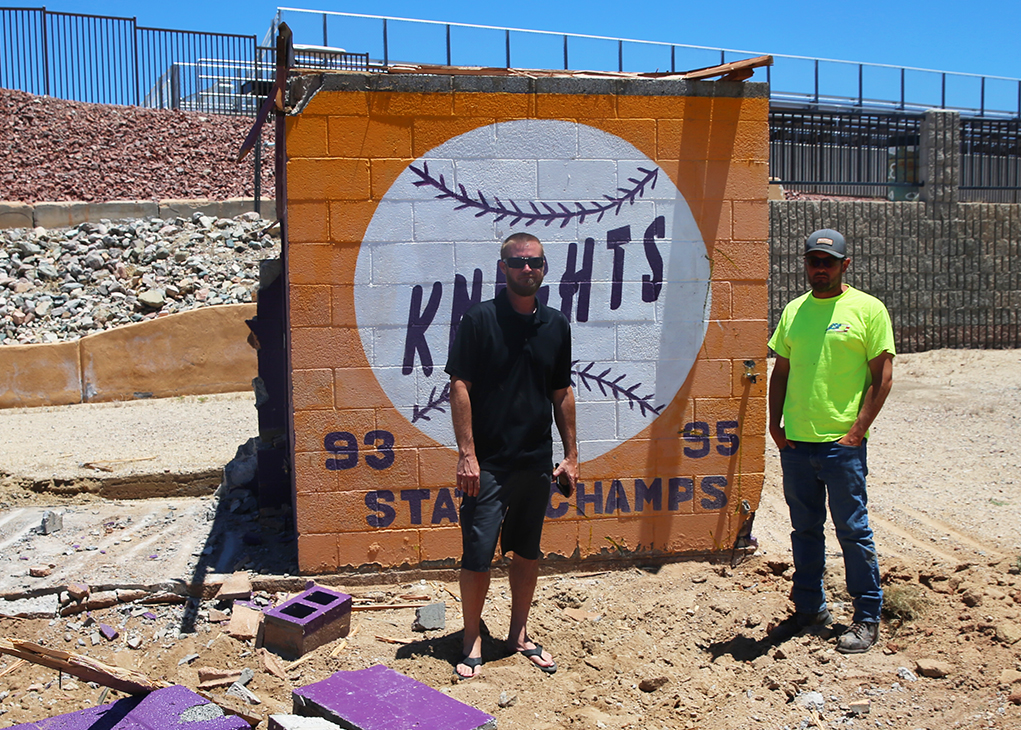 LHHS alumni baseball players Daren Toy and Kyle Campbell stand in front the dugout that is being torn down at Lake Havasu High School to make way for a new field. Jillian Danielson/RiverScene 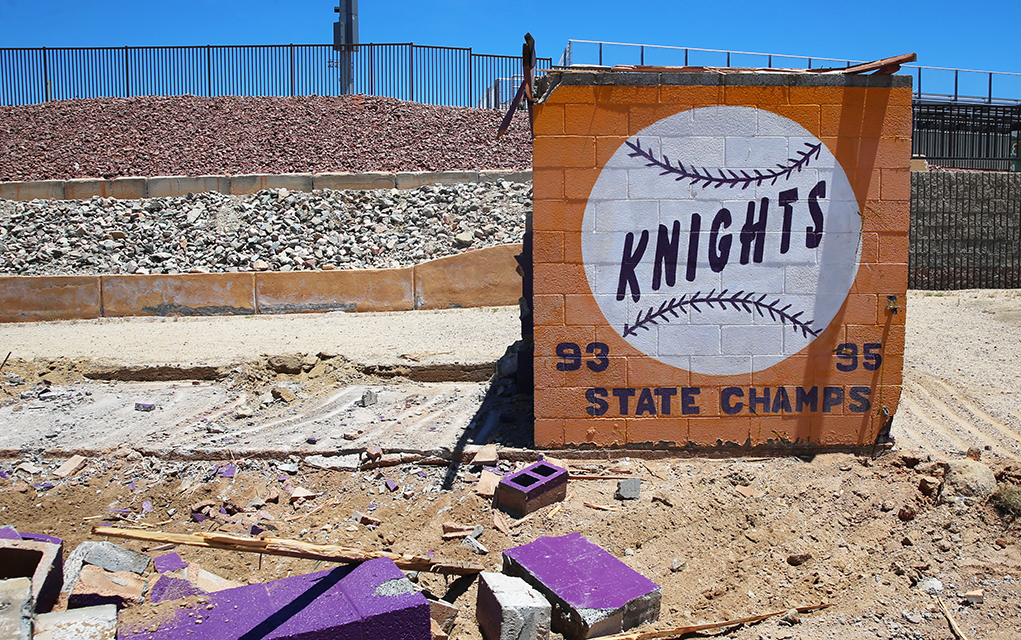