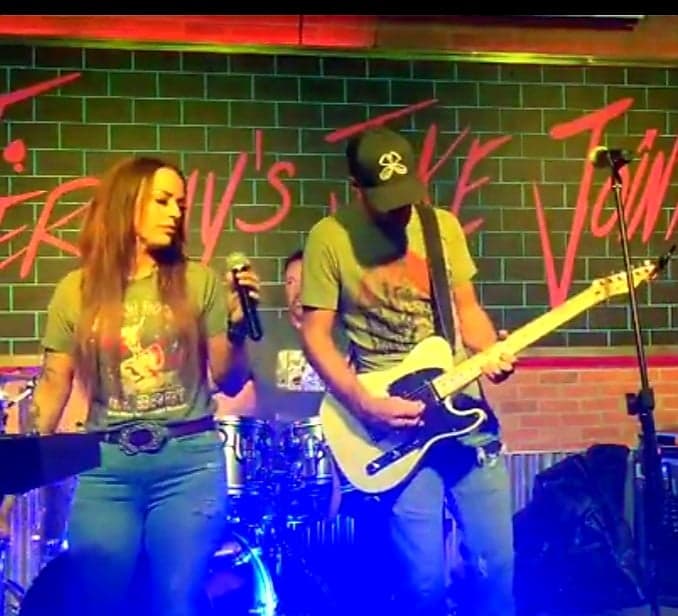 Lake Havasu has become a community enriched with the arts, fostering all varieties of new talent and a popular singing duo has the opportunity to make a big impact.

New Lake Havasu residents Scott Perry and his soon to be wife Sabrina found success in their music career upon moving here in 2021 from Southern Oregon. After facing some hurdles, Havasu turned out to be more than just a safe landing for them.

“We have been welcomed with open arms by the amazing community and absolutely love it here.” The couple and fulltime Country music duo have settled their large combined family and they are probably well recognized by any of those who have visited Hangar 24, The Flying X, Jeremy’s Juke Joint and more. There they can be heard playing the favorites for fans, such as “Tennessee Whiskey” and “Girl Crush”. They also play their original songs, including “Soulmate” featuring a rap section by Scott’s son and “I’m Gonna Love You” which are the couple’s wedding vows in song form.

They describe their music as modern Country with Pop, Rock and R&B influences. They play their original music as well as unique covers of classics from multiple genres and eras. Sabrina said, “We met in the summer of 2020 at a tiny karaoke bar in Brookings. We discovered we could sing together and started playing shows in Southern Oregon. When we moved to Havasu our career really took off!”

Scott and Sabrina play their music as both a duo and with a full band, with Scott on lead guitar and Sabrina on piano. Scott also lays down bass and drum tracks when they are playing as a duo. Now the musicians have landed themselves a big opportunity, having been chosen out of thousands of submissions on ReverbNation to record and release an EP with Spectra Music Group. 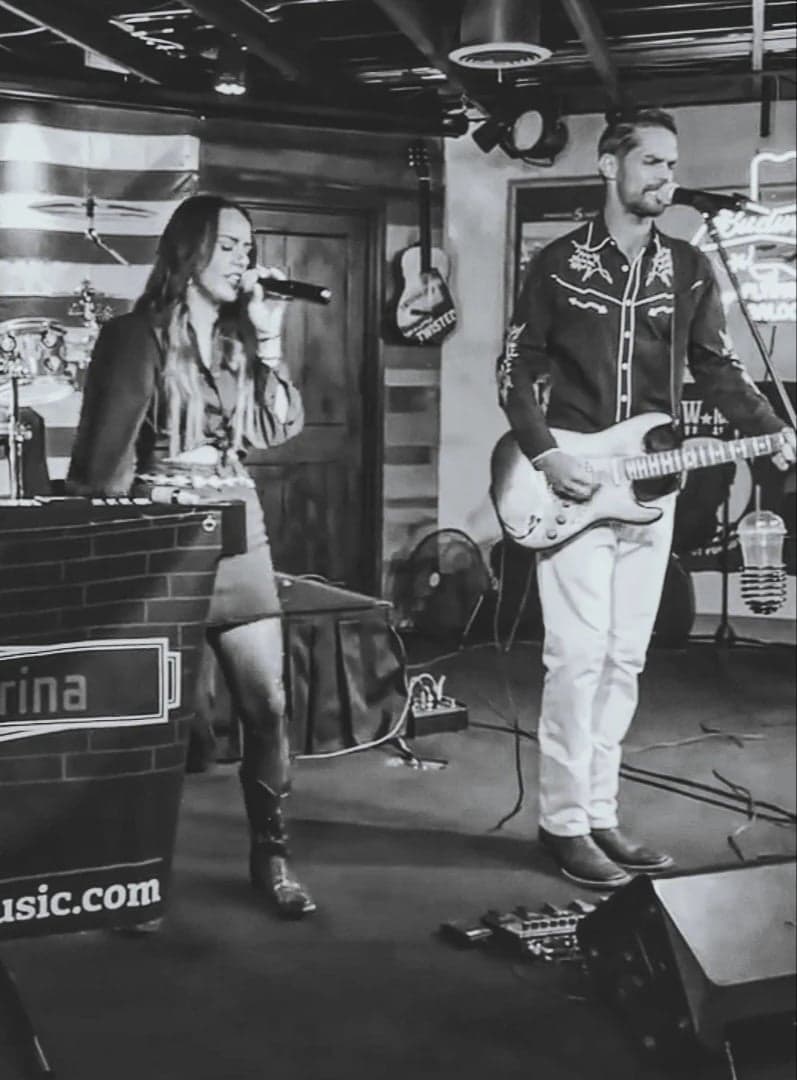 “We have been recording, mixing and mastering for the last month,” says Sabrina. “We had four singles on Spotify, Amazon, YouTube, Apple Music, etc., but pulled them down to remaster them and re-release them with two brand new songs on the EP. The album is our love story, it tells about us escaping trauma and overcoming the obstacles we faced early in our relationship and music career.”

Keeping busy, Scott and Sabrina have toured four states in the last year and have a booking agent that books them at venues in the Phoenix area as well, but say they love their hometown Lake Havasu. “Music is a full-time pursuit for our career and we both have different roles for our business off stage,” the couple said. Scott does most of the writing, recording and mixing while Sabrina does the business side of things: advertising, photoshoots and bookkeeping.

When they write music together, “Typically a part of a tune or some words will come to Scott and we’ll sit down with it and see how to add to it.” They say that Sabrina’s process usually involves asking, “What is the point” of the song so she’ll be able to add lyrics. “It is a process that happens in layers as we add to and take away from, eventually getting the song to sound like the ‘vision’ we have for it.”

Their songs and message focus on sharing hope, healing and love after overcoming addictions, abuse, loss and trauma…powerful intentions that their fans can surely relate to. 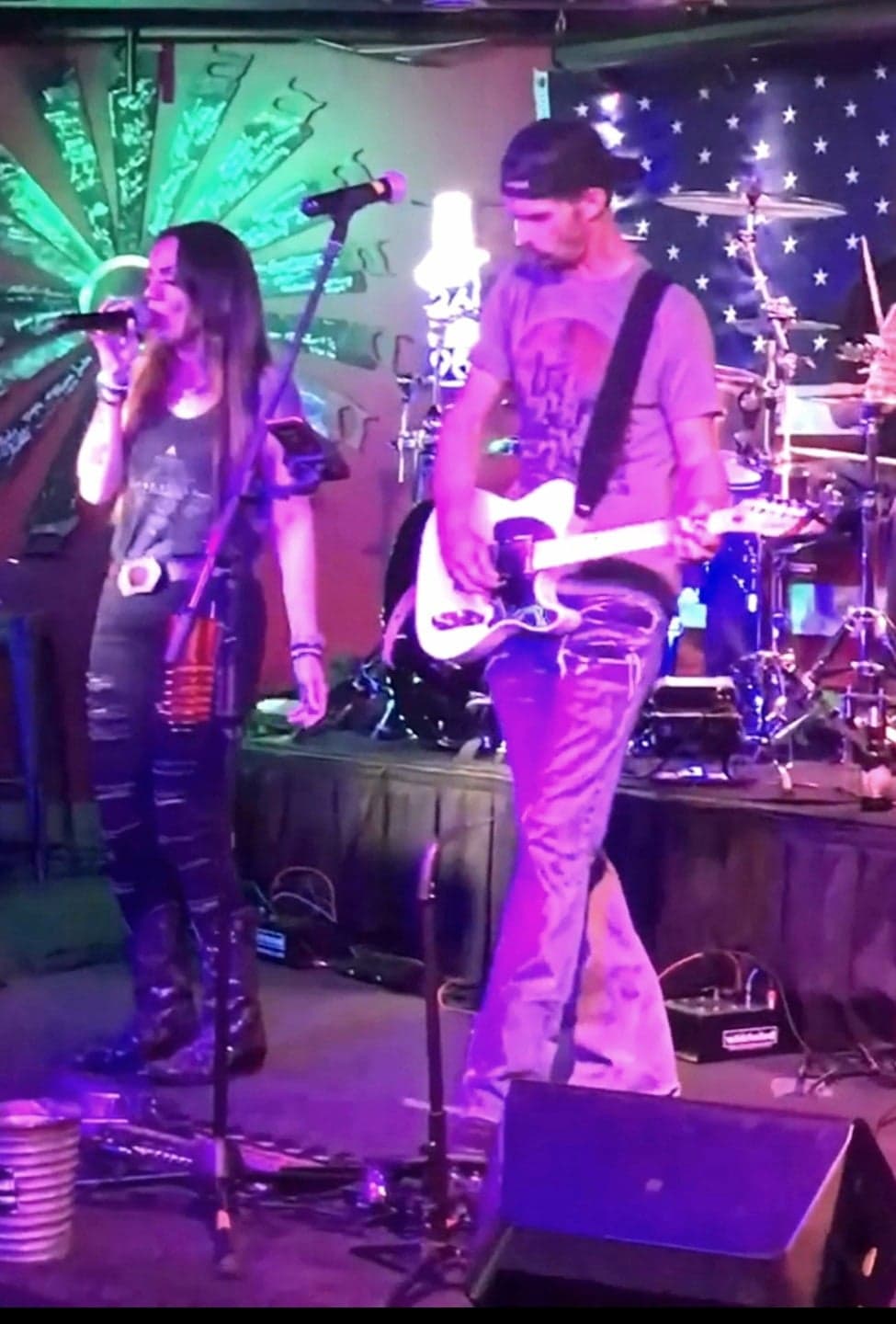