Couple Expresses Their Passion In Rods 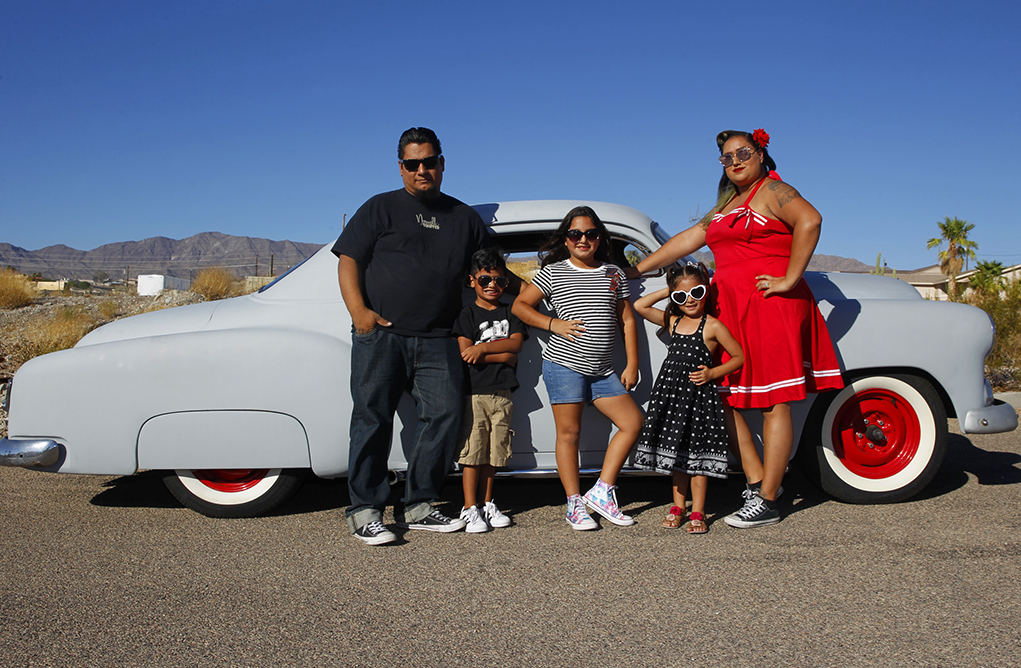 When temperature gages begin to fall in Lake Havasu City, the hot rods start rolling out. Fall is the season for loud engines and classic cars.

For Ramone Aguayo, 35, and Tina Espinoza, 29, this is a year-round lifestyle. Hailing from Orange County, Calif., Aguayo has been working on cars since he was 15 years old.

“My first car was a 1950 Chevy that I worked on in automotive class in high school with some buddies. That’s where it all started,” Aguayo reminisces. 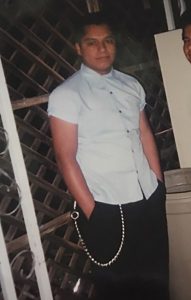 Aguayo in a photo from his high school days when he first started working on classic cars. photo courtesy Ramon Aguayo

When it comes to cars, Aguayo has revamped old beauties and built new bodies from scratch. From garage to show floor, it takes him around two years to finish a car perfectly to every detail.

He scrounges for parts from lots, trades with friends, or he uses scraps from other classic cars. Each machine comes together like a puzzle, piece-by-piece. As any car enthusiast knows, attention to detail is key and much time is needed to make every part come together for that vehicle to cruise down the asphalt.

“I like the old gangster cars myself!” adds Espinoza..

Aguayo’s dream is a 1936 Ford three-window Coupe (which he knows he will have someday).

Espinoza is lucky enough to own her dream car – a 1951 Chevrolet Coupe. Aguayo ramped up every piece of the classic from the brakes, motor, blinkers, dome light and dash to make it road ready for family cruising. 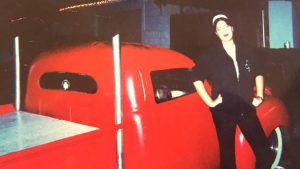 The couple met in California through mutual friends in the “greaser” scene. For the last 20 years, the couple has surrounded themselves with starting car clubs, attending Rockabilly/hot rod events, tinkering with garage projects, and working in shops. With victory rolls, slicked pompadours, rolled jeans, pencil skirts and black sneakers, the family has been a supporter of Lake Havasu Rockabilly Reunion since year one. The couple also attends the rockabilly event, Viva Las Vegas, held each spring in Las Vegas, NV.

The two will be celebrating their 15th anniversary later this month.

The rockin’ duo brought their car ventures to Lake Havasu in 2005. Today, Aguayo and Espinoza live in Lake Havasu with their three children, Lili, 8, Elena, 4, and Ray, 4. The family of five “eats, sleeps, and dreams” of hot rods.

To anyone starting on their first project or just picking up another, Aguayo has advice, “Have patience, pay attention and listen to the car and your mentors. I see too many give up or argue with those who have been doing it awhile. Trust them.” 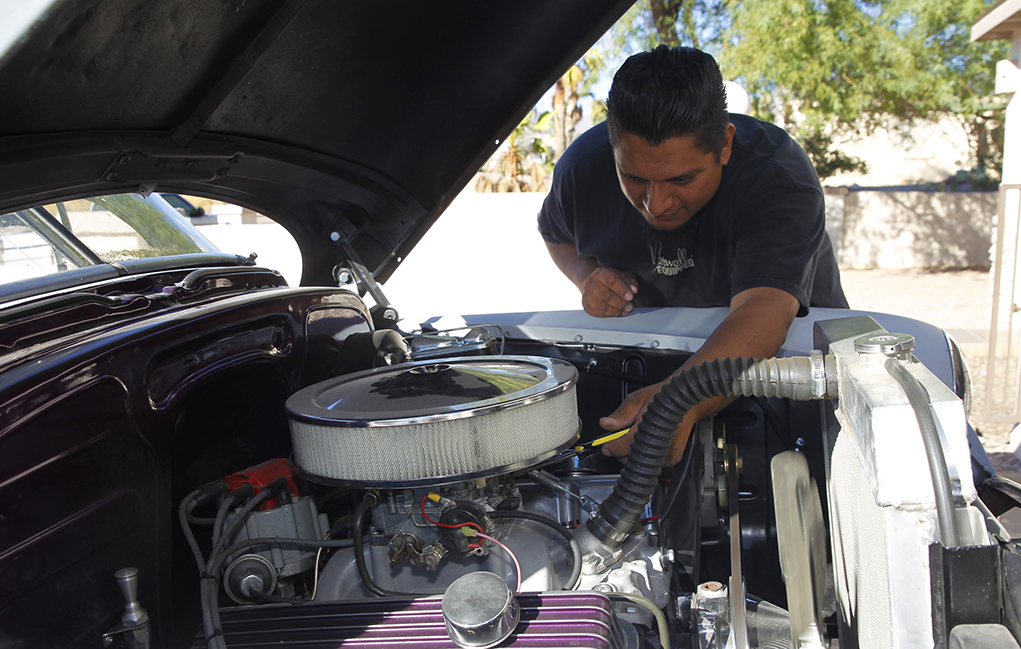 The couple hopes to one day pass on their classic rides and teach their kids the “tricks-of-the-trade.”

After 20 years of greasin’, Aguayo proudly reports that he still loves “everything about it. You put your unique style into a car – your vision. I still love working on them.”

What is Aguayo’s latest project? A hot rod-inspired pedal car for his godson’s first birthday. From the pipes, grill, exhaust, dash and white-walled wheels, this mini-rod is bad-to-the-bone. When it comes to that Rockabilly life, you can never start them too young.”

For classic car enthusiasts, the season is coming up fast. Check out the work of Aguayo and many more at these upcoming events:

The Shops at Lake Havasu