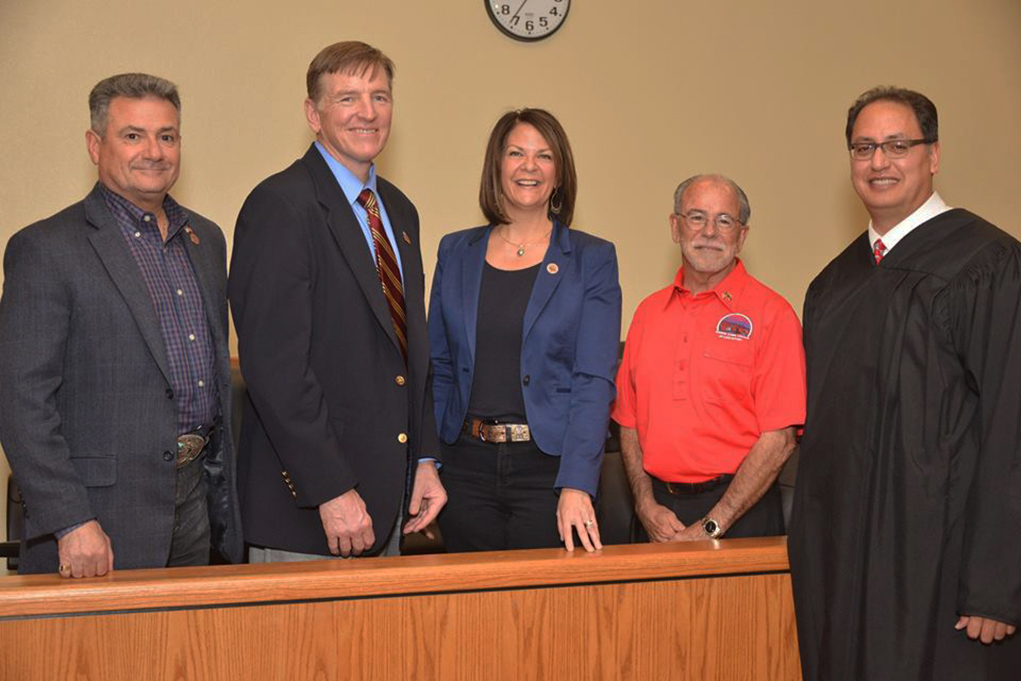 PART 2 – The Supporters Of Veterans Court

Judge Mitchell Kalauli is modest about his role in the success of the Lake Havasu City Veterans Treatment Court.

“Most of the credit for the success of our Veterans Treatment Court goes to the Veterans Resource Team and the organizations that support the Court,” Kalauli often says. 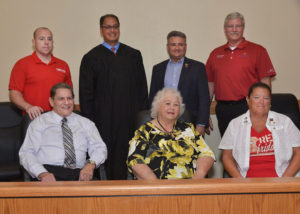 One of the Resource Team members is Veterans Thrift, a nonprofit started by veteran Jack Kemp, his wife Kay, and daughter Roberta. Veterans Thrift sells donated items, but their main purpose is to help veterans, which they do by allowing homeless veterans who are going into new housing, or veterans who through a fire or other misfortune lost all of their belongings, to go into the store and pick out whatever furniture, clothing, and household goods they need — free. 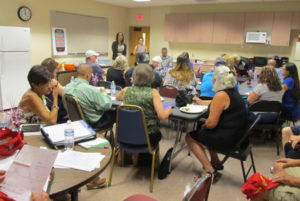 The VRT meets once a month to discuss which resources are needed for veterans in the court program. One result of these discussions was the creation of an account, held and monitored by Marine Corps League Detachment 757, to help low-income veterans pay for their court-ordered drug and alcohol tests. Program veterans often missed testing because they were out of work and had no way to pay for the tests. Donations from the community go into the account, and the fund has resulted in the failure of drug and alcohol tests going down to almost zero.

The VRT created and regularly updates a Resource Guide for organizations assisting veterans. The guide contains information on locating housing, financial assistance, caregiving, employment, legal assistance and many other resources that can help veterans keep their lives on the right track.

Some of the organizations in the VRT assist the Veterans Treatment Court by providing classes for veterans on budgeting, anger management, landlord-tenant laws and other subjects that will help veterans get their lives back on track. These classes are mandatory, and many veterans praise them for giving them the tools to handle everyday problems. 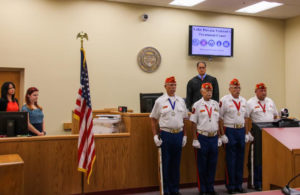 Colene Lowery, Lake Havasu’s VTC clerk, has a unique relationship with the veterans in the program. They know they can call Lowery any time they need help. Her job is to coordinate each veteran’s program and make sure all veterans receive the individual help and counseling they need to succeed.

“As a military spouse for 11 years, enduring my husband’s three tours in support of OIF/OEF, I have a deep understanding of what veterans and their families have gone through and continue to live with. I am honored to be the Lake Havasu City Veterans Treatment Court Clerk providing the opportunity to assist individuals who have served our Country and get to the root cause of their involvement in the criminal justice system.”

An important part of the Veterans Treatment Court is the peer-to-peer support provided by mentors. Mentors are veterans who commit to be available to their assigned veterans for support, including accompanying them on the monthly hikes and other events. They talk with them as often as their mentee requires. They listen to their problems, past and current, and the mentees know their privacy is respected and that whatever they tell their mentors will not be reported to the Court.

Many VTC graduates return as mentors to incoming veterans. Joan McDermott, former Commander of VFW Post 9401 and an Army nurse who served in Vietnam, is the Mentor Coordinator for Havasu’s VTC.

“Veterans who are justice-involved have chosen the Veterans Treatment Court to help them regain control of their situation and to return to a productive life,” McDermott said. “They may be struggling with the difficulty of overcoming substance abuse, managing relationship issues, dealing with mental health problems, getting access to medical care, or reentering the workforce. Mentors are fellow veterans who act as friends, advocates, and allies by providing motivational support and improving morale to help them through the long and difficult experience. They can re-instill that sense of camaraderie the mentee felt as an active duty person in the military. Mentors are an essential part of the program to increase the chance that veterans will be able to stay sober, avoid further legal issues, and ultimately prevail in their efforts to complete the requirements of Veterans’ Treatment Court and, ultimately, to have a rewarding life in the civilian community.”

Dan Shelton, who also served in Vietnam, is one of the mentors for the Veterans Court, and he explains that as a mentor you have to have a feel for what the veterans’ needs are.

“As a veteran you can sometimes feel the hurt and anger they have in their life,” Shelton says, “especially after returning from the service with no jobs available for them stateside. As a veteran I can relate to them and their needs after sacrificing their lives for the American people.”

One veteran who graduated from the Veterans Treatment Court program is grateful for the support he received to turn his life around, and wanted to give back to the program. He created a coupon book that is given to each veteran entering the program. The book contains coupons from many businesses in Havasu for such things as free clothing from Goodwill to wear to court or job interviews, free haircuts and more. Gestures such as these are testimony to the success of Havasu’s Veterans Treatment Court. 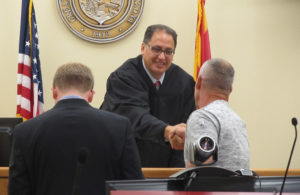 Judge Kalauli shakes the hand of every new veterans appearing before
him. Judy Lacey/RiverScene

“As the veteran population in Mohave County continues to grow, the treatment needs have increased. These needs have been identified in both metropolitan and rural communities; however, rural communities face the added challenge of limited traditional social services. The closest VA hospital is over 200 miles from Lake Havasu City. There is a VA clinic in town, but it has minimum services available and often refers to outside treatment agencies with approval or to the closest VA hospitals in Prescott or Phoenix. With limited, not easily accessed VA treatment options, many veterans have to commute to receive major surgeries and/or treatments for their mental health, substance abuse, and service-connected disorders.

Kalauli continued, “Combat veterans often exhibit multiple health concerns associated with their service, which compound one another and present a need for specialized treatment and care. Currently, VA healthcare and treatment requires pre-authorization into these specialized programs, which is difficult to receive in rural communities. If left untreated, these health concerns present an increased risk for the veteran to become involved in the criminal justice system.

“As a veteran and the Lake Havasu City Veterans Treatment Court Judge for the past two-and-a-half years, I have witnessed the success of our program and the changes that the program has made in the lives of our Veterans. We now have veterans who had previously been caught in the court cycle that are productive members of society and living healthy lifestyles. They are no longer on the battlefield and have truly come home.”