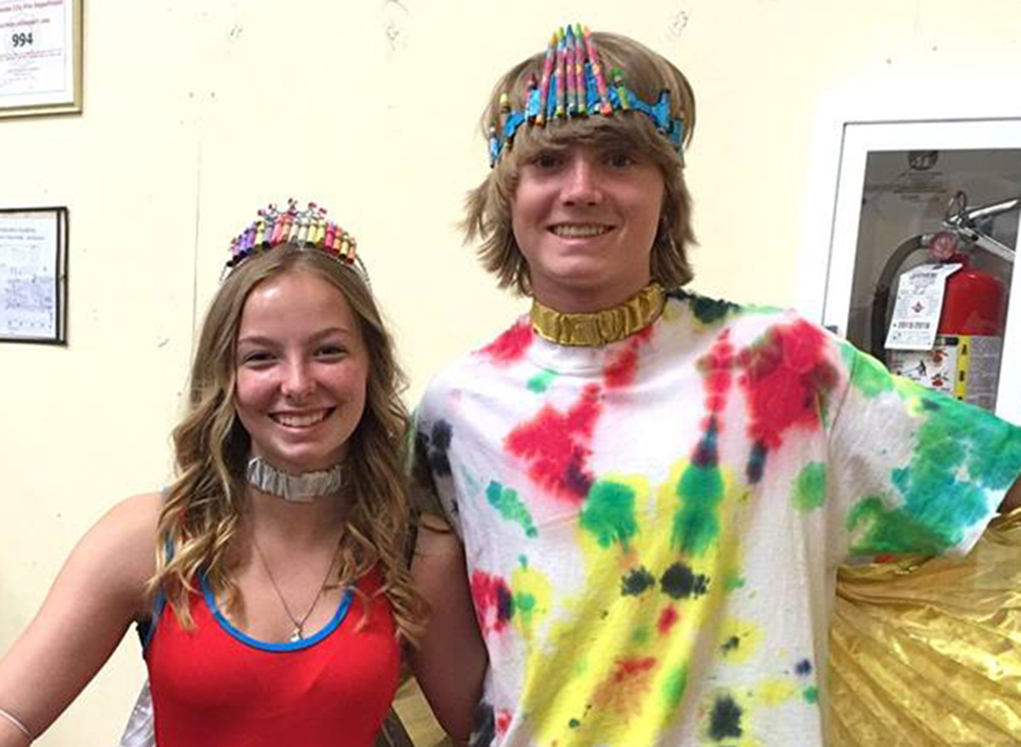 All hands went up. 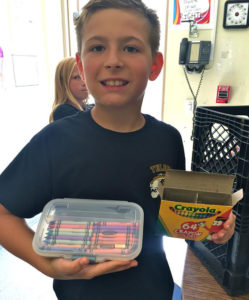 “I believe in imagination, I believe it is am important as knowledge. Einstein said it is more important. I believe in the magic of color and art to heal an inspire and decorate the world. And I believe a crayon should be a child’s first wand of imagination. And that all students should have a box of magic for the summer. So the Crayon Fairy idea became a real thing and so began the Krayons for Kids drive,” she said.

There were many Crayon Fairy helpers on hand to provide young students with their “magic wands” Two drama students arrived and danced through the classroom passing out 295 boxes of crayons.