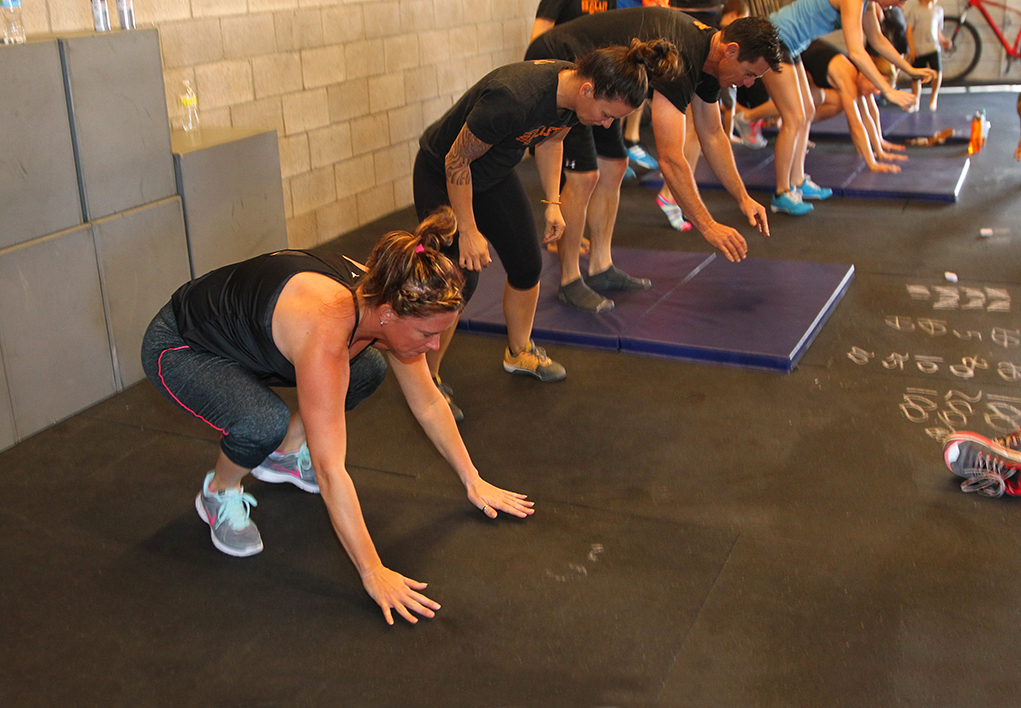 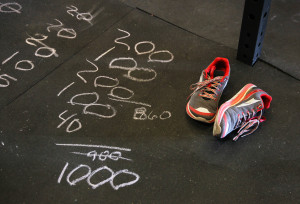 Burpees by the 100s are drawn on the floor to help keep track on how many to do. Jillian Danielson/RiverScene

Thirty members of Crossfit Salute gathered to raise money by doing a burpee per dollar for Taylor Coke Saturday morning. The vehicle Taylor was operating was struck by another vehicle allegedly operated by a drunken driver on April 20. She received a shattered wrist and broken pelvis due to the accident, making her unable to walk at this time. “Taylor thanks everyone from the bottom of her heart and they have no idea the amount of stress they have removed from her shoulders.” said Taylor’s mother, Jeni Coke. The fundraiser raised $3189 on Saturday. 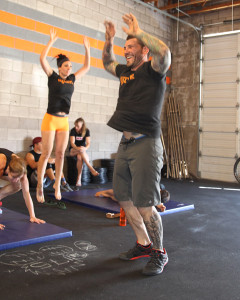 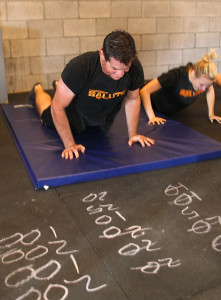 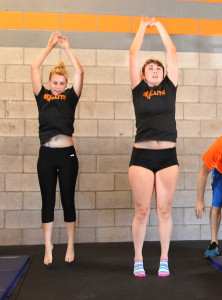