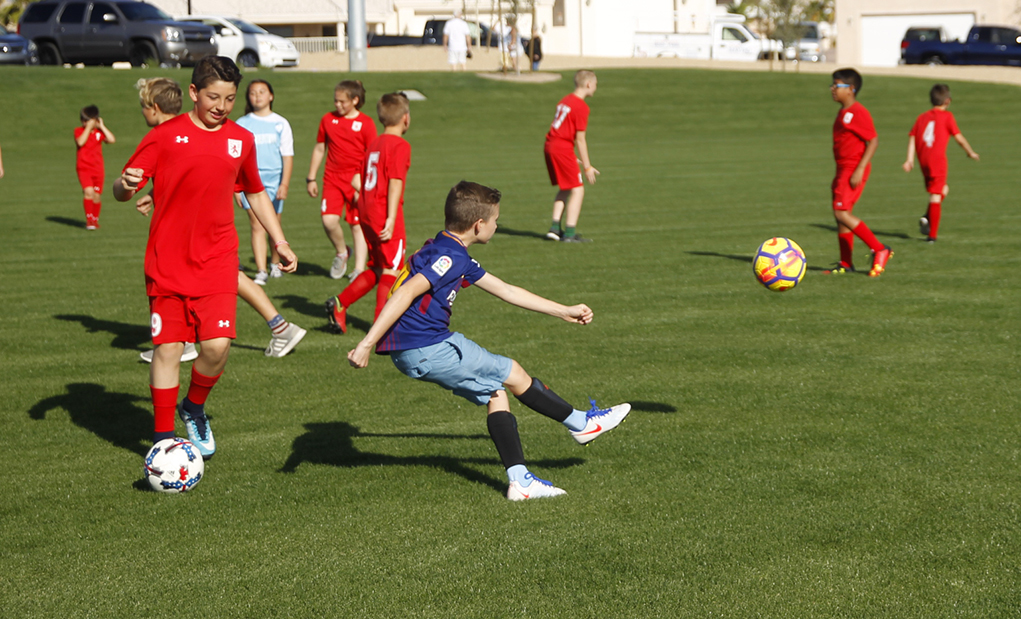 The $2.8 million complex, which includes several multi-use fields, walking paths, seating areas, a restroom, and a playground, began with a field assessment in 2016. 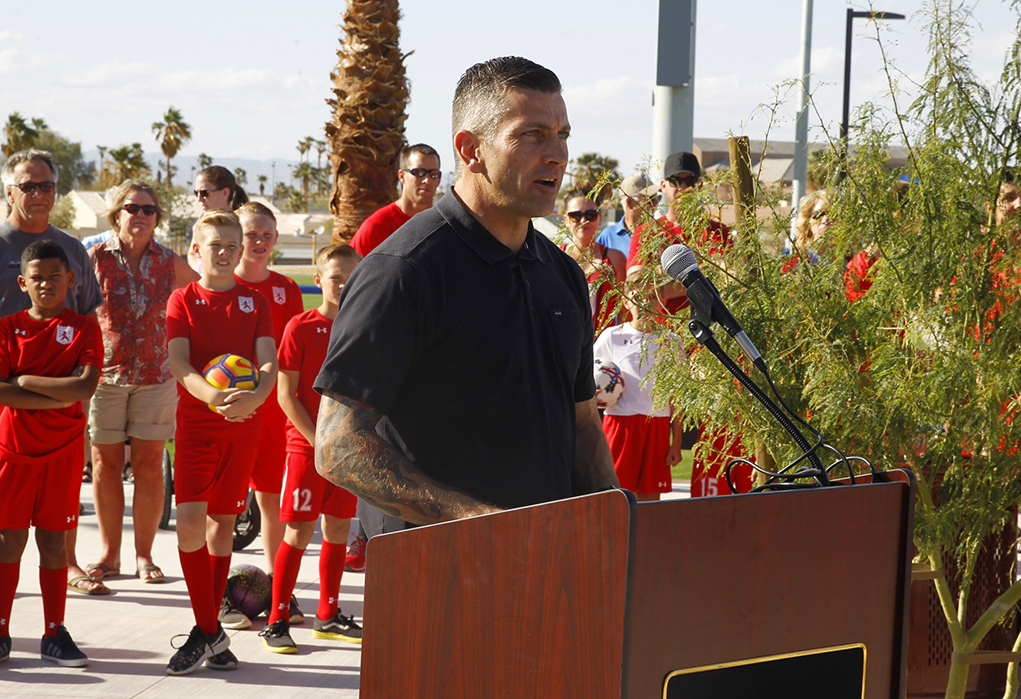 “What we found through that assessment was that [the city] was underserved in the area of parks and fields,” Abbott said. “Shortage of fields was the main driver for this project.”

A variety of sites were considered following the assessment. The parcel chosen for the park is owned by the Lake Havasu Unified School District and maintained by Lake Havasu City. Abbott said it was ultimately chosen for its central location, the fact that utilities already existed and other cost considerations.

The cost of the park was taken from the city’s general fund, and construction began in August 2017.

One of the biggest challenges faced by the park’s design team was the field lighting. Abbott said many neighbors were concerned about the light pollution. 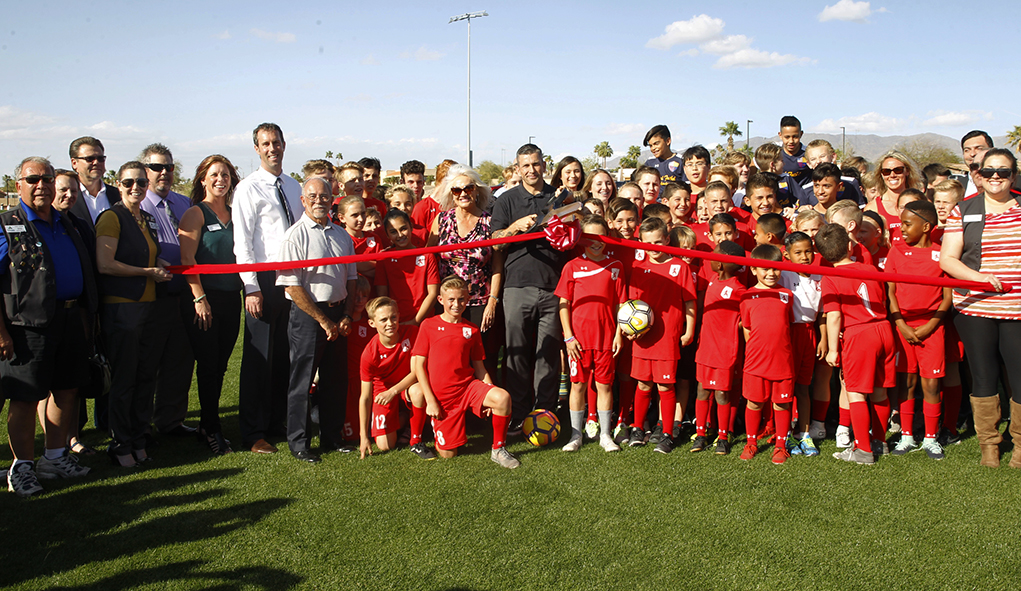 “The lighting was designed with that in mind, and we did consult with an expert [during the project,]” Abbott said. “It turned out exactly how we anticipated. The lights are LEDs … they are shaded and directed and there is no spill over. When you walk off the field at night, you’re immediately in darkness.”

Cypress Park is animal-friendly; however, it is not a dog park. Animals must be leashed and are not allowed on the playing field turf areas. Owners are also asked to pick up and properly dispose of their animals’ waste. 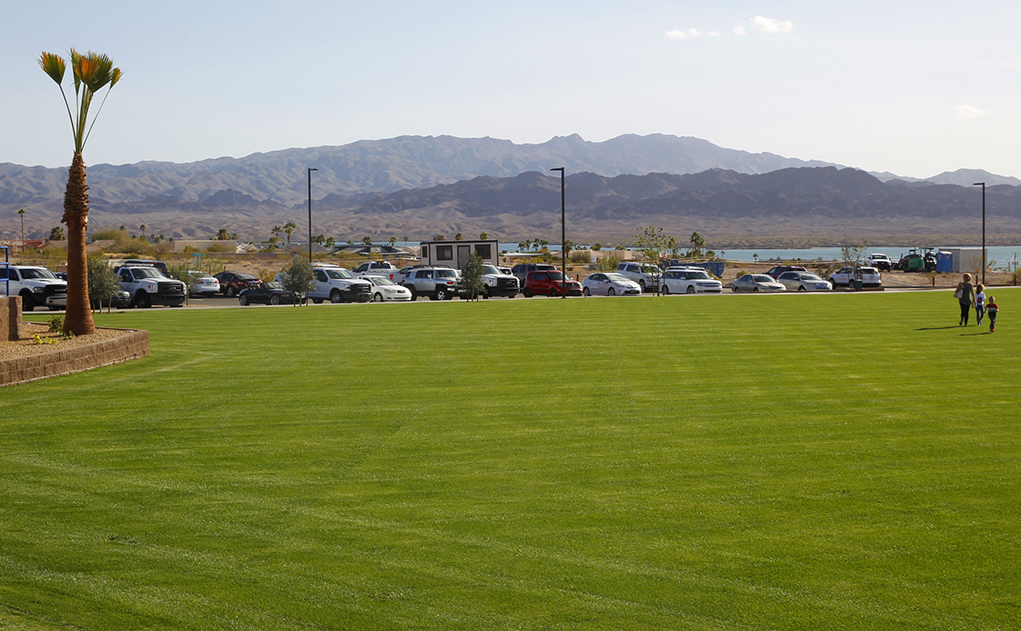 A view of one of the lower soccer field at Cypress Park. Jillian Danielson/RiverScene

Though the fields are multi-use and available to the public or any sports club, Abbott said the most immediate effect will be felt by the various soccer teams in town.

“It’s going to provide some major relief to that group, and help them to spread out games,” Abbott said.

The Cypress Park fields must be reserved for use through the Lake Havasu City Parks and Recreation Department, just as with any other city park area. To reserve a field or for more information, visit https://www.lhcaz.gov/community-services/parks-and-trails or call 928-453-8686.

If you would like more information on the Lake Havasu Soccer League, visit http://lakehavasusoccerleague.com/ 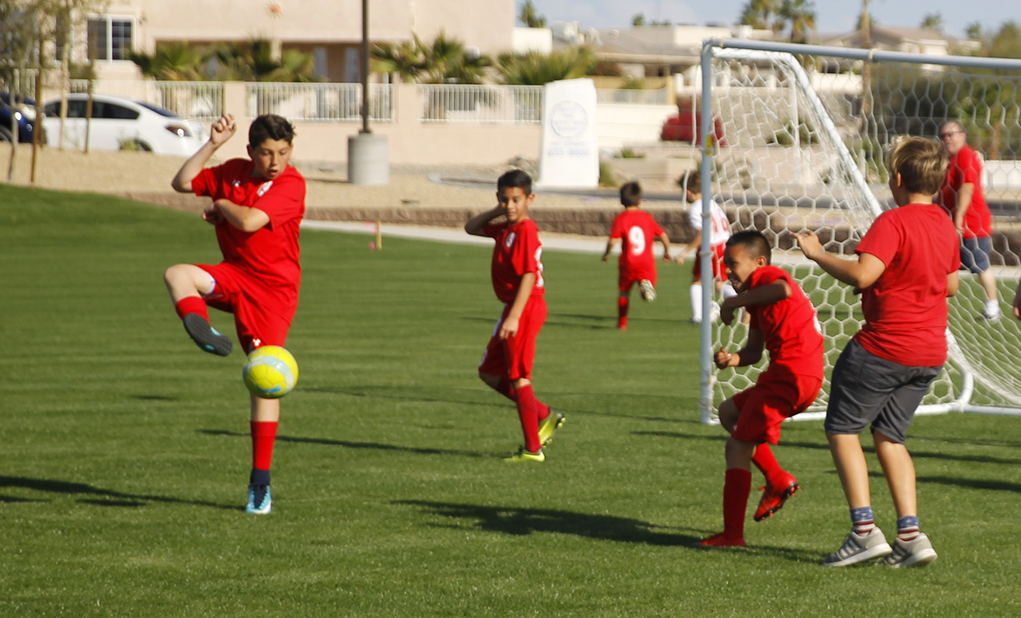 Soccer players begin to play as soon as the ribbon-cutting ceremony is over Wednesday afternoon. Jillian Danielson/RiverScene 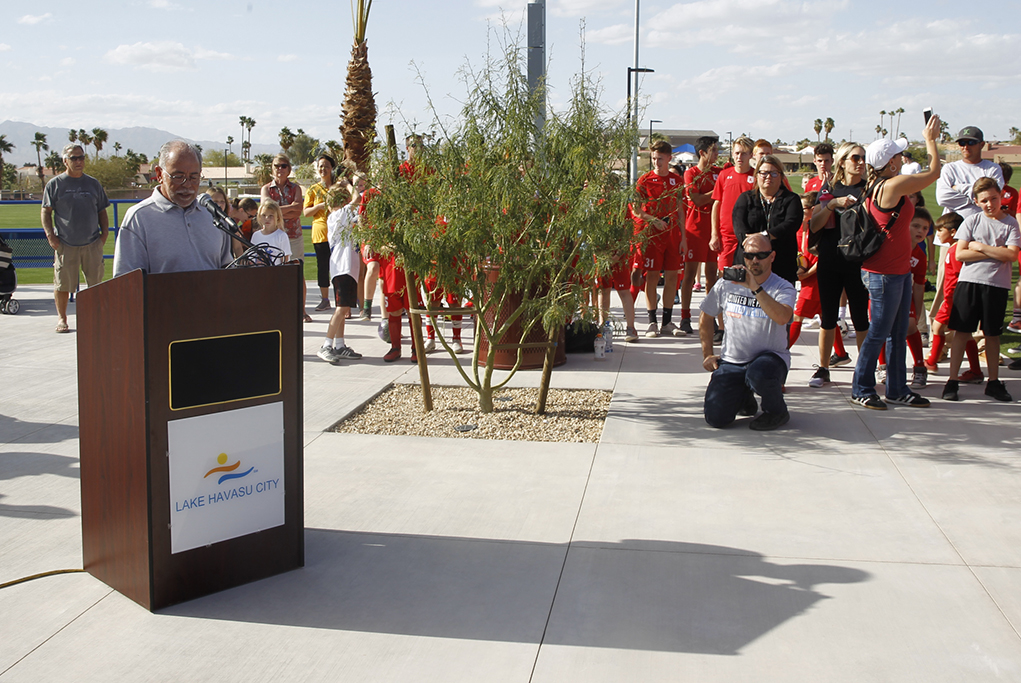 Mayor Mark Nexsen speaks to those in attendance at the Cypress Park ribbon-cutting Wednesday. Jillian Danielson/RiverScene 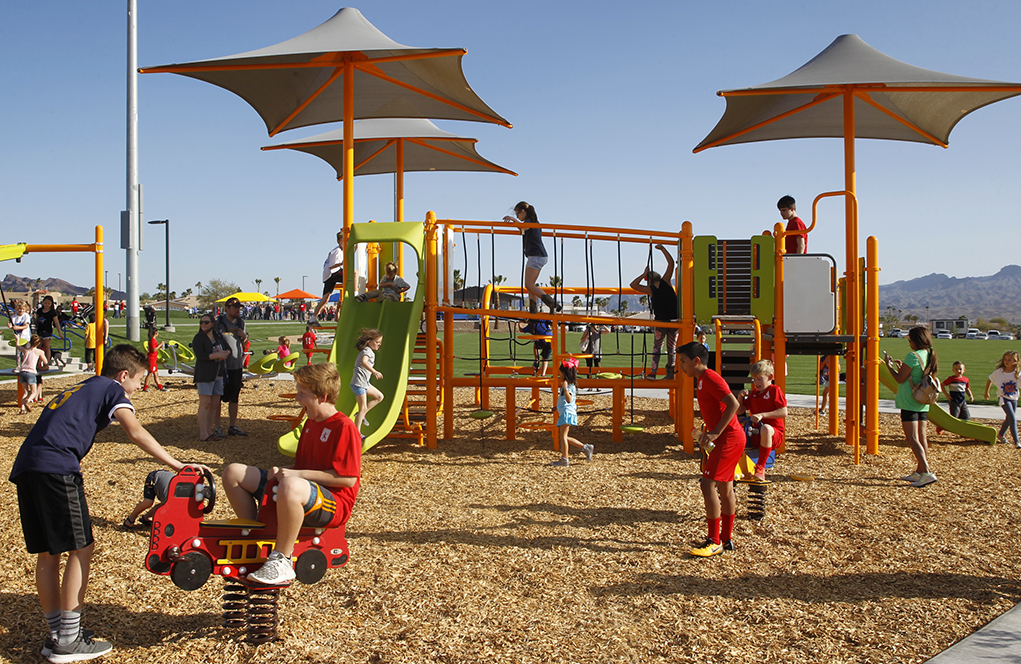 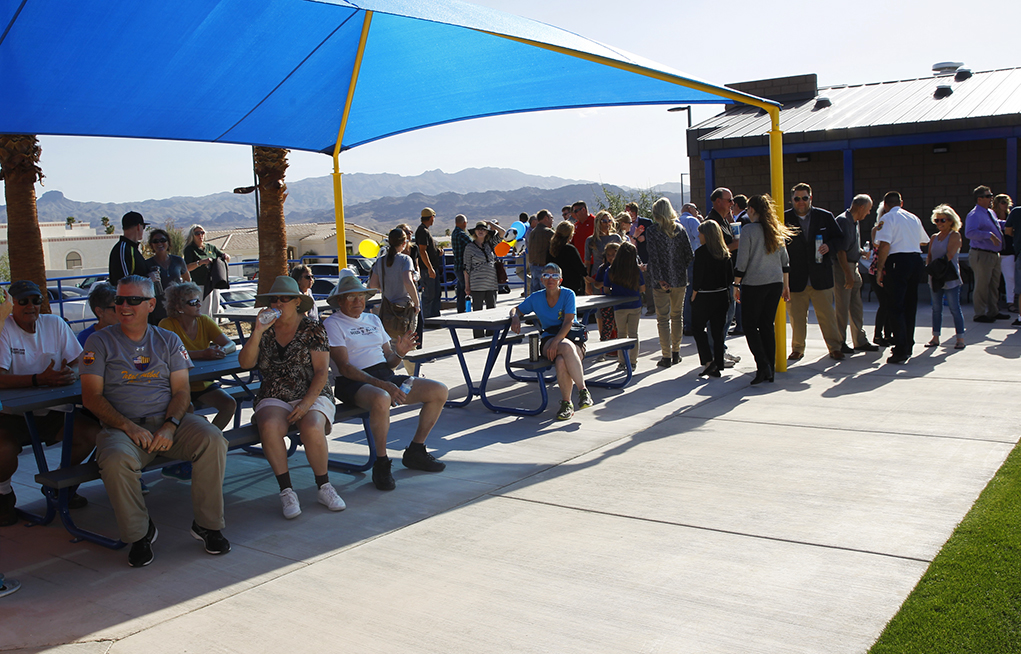