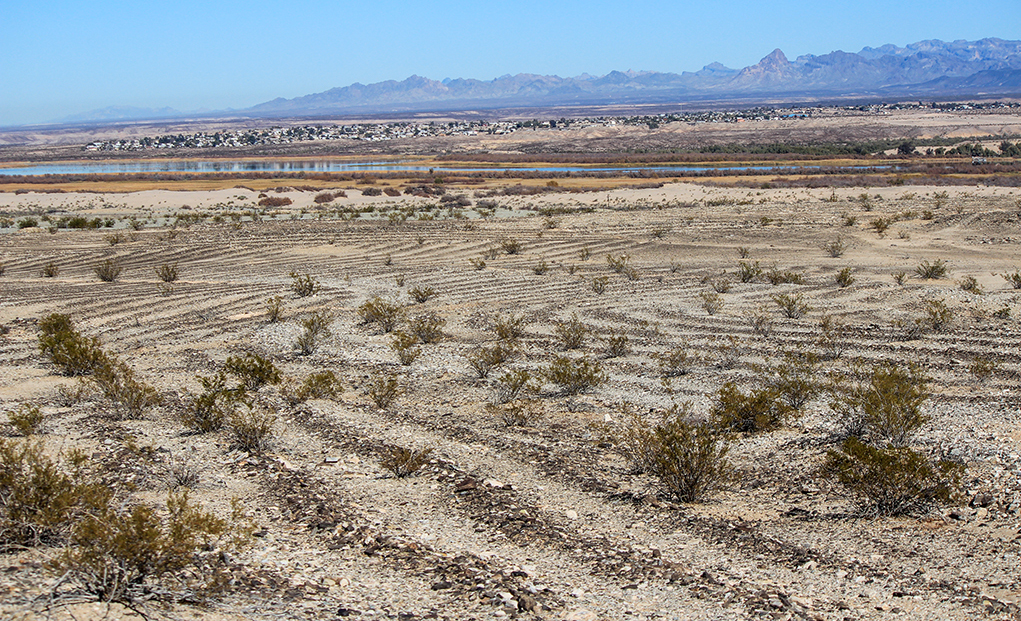 This is the first in an occasional series about interesting destinations around the Lake Havasu City area that are considered to be day trips. This one features the Topock Mystic Maze.

About a half hour drive from Lake Havasu’s blue-green water lies a historical and important part of American Indian heritage. 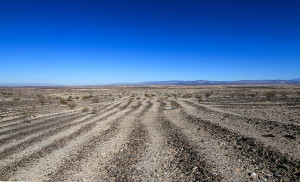 The Topock Maze (Mystic Maze) is a large geoglyph consisting of patterns of parallel lines, scraped into the desert by the Fort Mohave Indian Tribe more than 600 years ago. There are several theories to why the maze exists. The modern Mohave people believe this maze was a portal to the next life; a place where bad souls stay, and good souls find their way to the afterlife.

According to a plaque at the gated entrance to the maze, the AhaMakav (Mohave) warriors would stop at this site on their way home from battle to purify themselves. The windrows were also suggested to be a way to capture rainwater. The Topock Maze was listed on the National Register of Historical Places in 1978, and is now a fenced off, protected area. This archeological area used to encompass more than 100 acres, but was reduced to a mere 15 acres following the construction of the Southern Pacific Railroad, Route 66, and the PG&E Topock Natural Gas Compressor Station. A separate anthropomorphic (human-like) geoglyph, north of the maze, was completely destroyed while constructing the railroad. 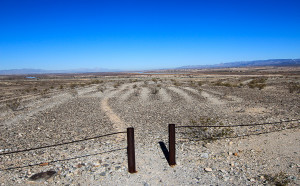 Just drive north of Havasu to check out this ancient Maze. It is a perfect opportunity to get out hike and photograph. Exit Interstate 40 at Park Moabi Road, turn left, and follow a smooth dirt road to the entrance of the maze. Almost in sight immediately, there are numerous lines scraped into the dark desert floor.

For as far the as the eye can see, there are lines in random patterns. It makes one wonder how long it took the Indians to rake them.

This is an area that the whole family can enjoy. It’s a short, mostly flat hike, and gives you a great view of the Mojave Desert and the Colorado River. 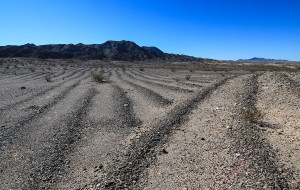 Plaque Inscription: (I Don’t have a photo of the plaque unfortunately)

“Here, upon this land where you now stand, is the Topock Maze; indeed, a cultural site of much importance to the tribe. To this site the AhaMakav warriors returning home from battle first paused for purification before continuing home.”

“Not a true maze, this site is a series of windrows carefully placed in an extensive geometric pattern. Today, the site covers about 10 acres. Evidence suggests that it may have originally been only one section in a group of nearby earth images and features. Sadly, important parts of the complex were destroyed by the construction of the highway. But whether or not the geoglyphs in this vicinity were associated with one another, this was clearly an area of symbolic and ritual significance.” 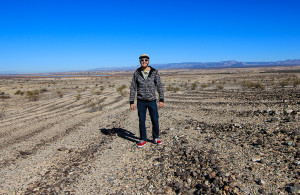 Fotino stands in the middle of the Mystic Maze.

From Interstate 40, exit Park Moabi Road and go south (away from Pirate Cove Resort). Follow the asphalt until it ends and turn left onto a well-maintained and graded road. Continue for about 1 mile. The Topock Maze will be on the north (left) side of the road in a fenced-in area. Vehicles are not permitted in the fenced area. Foot traffic only.