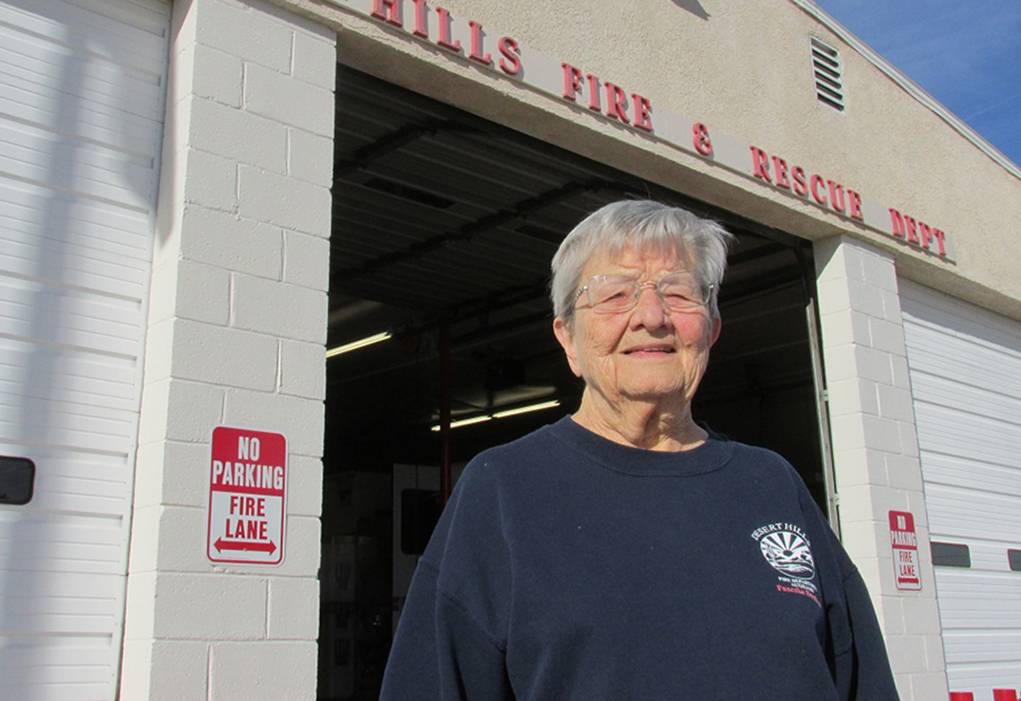 DESERT HILLS – Dee Moscou has been volunteering for 30 years with the Desert Hills Fire Department Auxiliary. A feat that has built a quiet personal legacy that she’ll take no credit for.

“I always have volunteered my whole life, ever since I was a child I would go with my parents,” Moscou said Thursday. “It’s just what you do. You give back.”

Moscou, 88, moved to Desert Hills in 1985 at the whim of her late husband Leon “Bud” Moscou, who had a best friend in the area. After arriving, Bud loved the local fire station, and Dee loved her husband. So, her quiet legacy shoved off.

“I’ve made many friends along the way but many have passed away by now,” Moscou said.

Those remaining hold her with warm regard.

“She is a sweetheart,” she said. “She always asks about my kids and always remembers their names.”

“This is the first year that we’ve had a man president,” Moscou said. “We’ve had male members before, and male volunteers, but this is a first time with a man being president.”

Hal Ries was a great fit for the job, she said.

The Auxiliary has held true to its mission statement of supporting the Desert Hills Fire Station when its tax-based budget fell short. 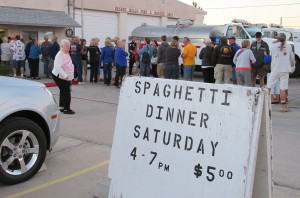 The fire department was established in 1972. Since 1979, the Auxiliary’s efforts have purchased numerous items including kitchen appliances, firefighter emergency and medical equipment, rescue tools and fire truck amenities.

Moscou also was instrumental in forming the Desert Hills Fire District Area Plan. The plan denotes a master plan for the area’s 72 square miles. It encompasses the area north of the Lake Havasu City limits near Jacob Row to Interstate 40, and five miles west and two miles east of State Route 95/I40 interchange.

Prior to that, the Desert Hills community operated under the Havasu Area plan. The split defined Desert Hills as it’s own area, with it’s own development plan. Its last update was in 1980. The effort was a success but occupied Moscou for at least two years.

The Desert Hills Fire District Community Association, which is another aspect fringing the fire department, is a civic organization tailored to community improvement geared toward education and outreach. Through the years, Moscou has been president of the association’s board and chaired many of the meetings.

Another longtime friend of Moscou’s is retired Desert Hills Chief Mathew Espinoza, who was with the department for 28 years.

“Dee Moscou has been a phenomenal asset to the community of Desert Hills,” Espinoza said Saturday. “Her energy and tenacity have moved us forward over many years. She has been a valuable part of our community and is loved by all. She truly has made the Desert Hills communities a better place for everybody.”

Feature Photo: Dee Moscou poses for a photo Thursday at Desert Hills Fire Station No. 1 during an interview with RiverScene. Jayne Hanson/RiverScene