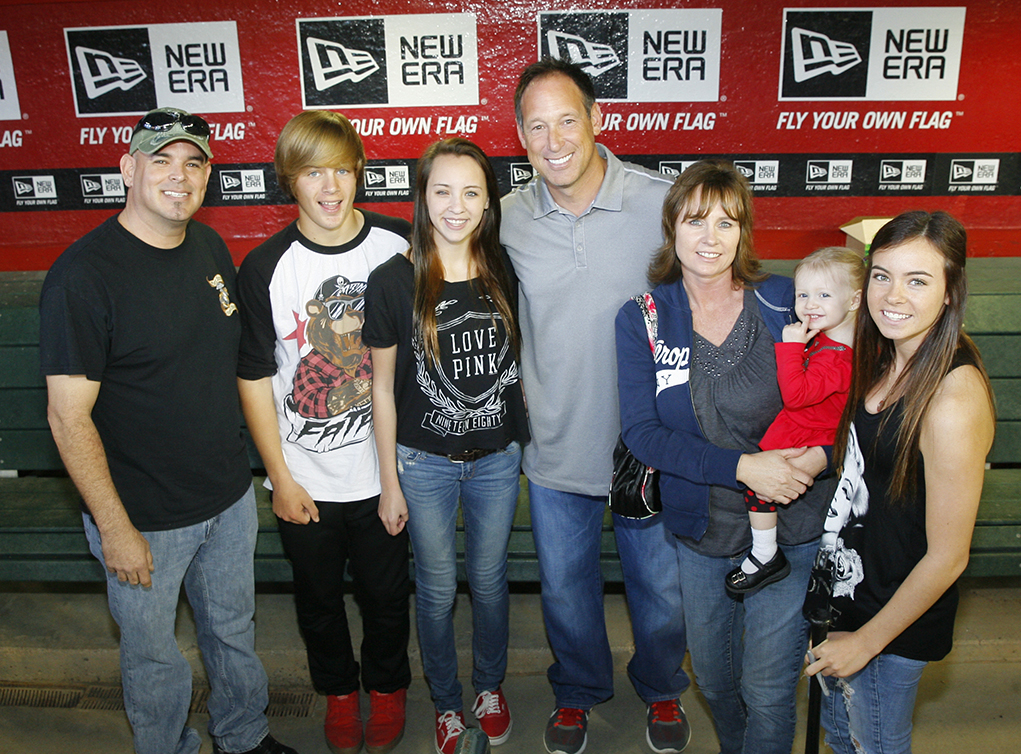 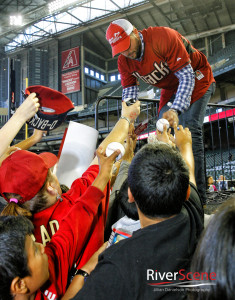 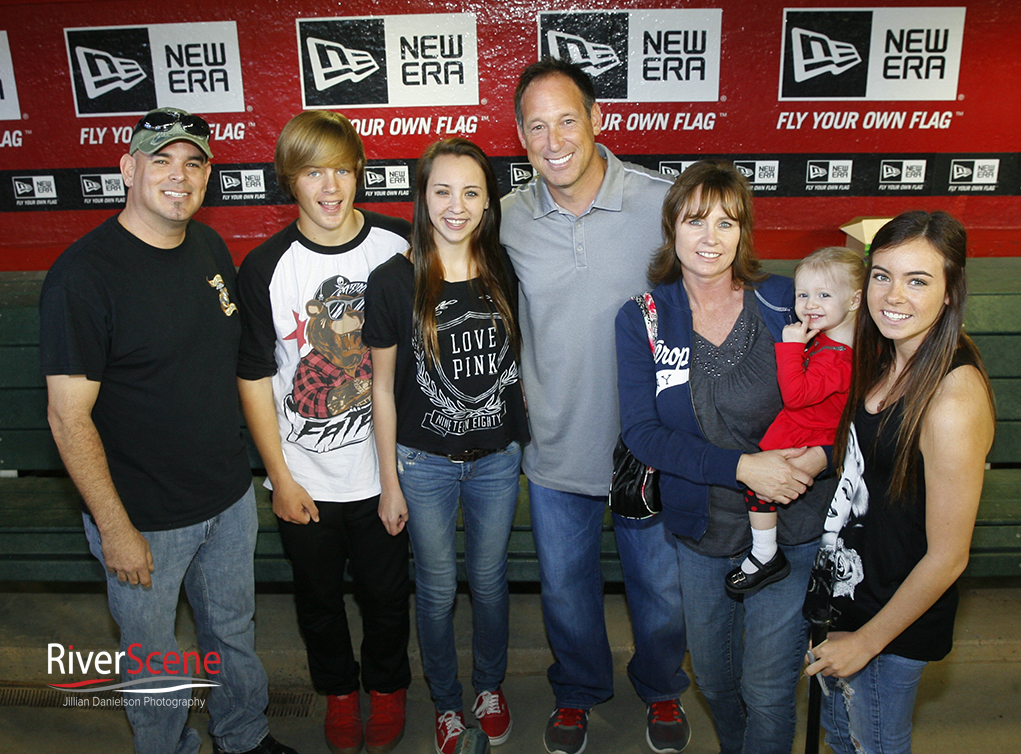 The Gall family of Lake Havasu pose with Luis Gonzalez at the 2014 Fan Fest . Jillian Danielson/RiverScene 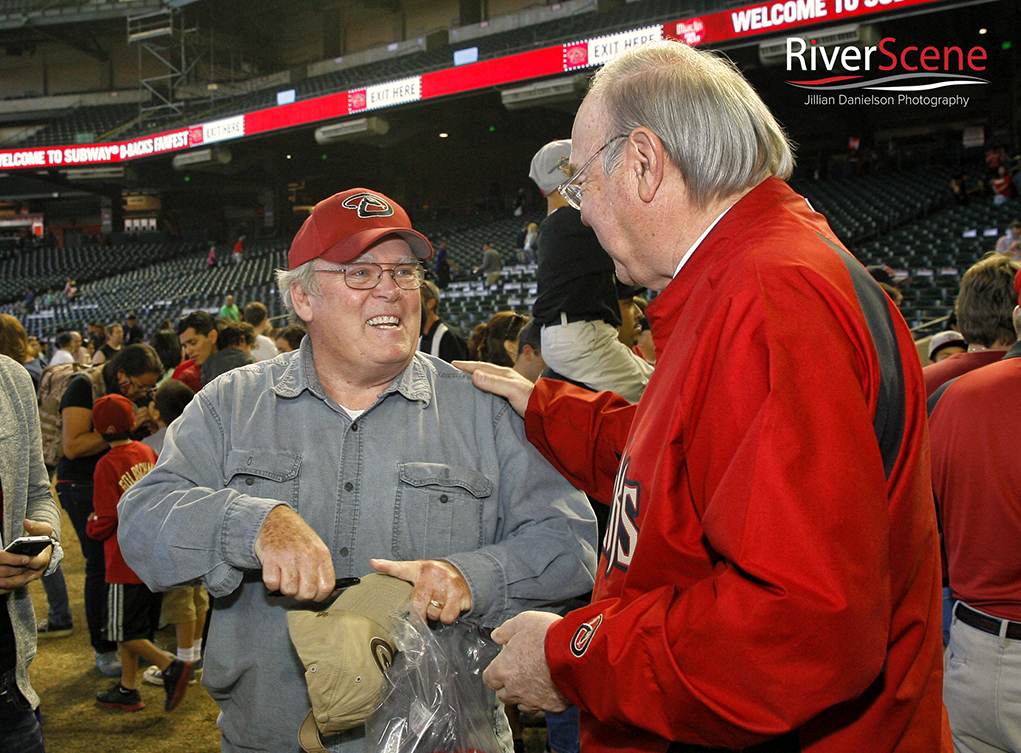 A fan meets with Ken Kendrick at the 2014 Fan Fest. Jillian Danielson/RiverScene 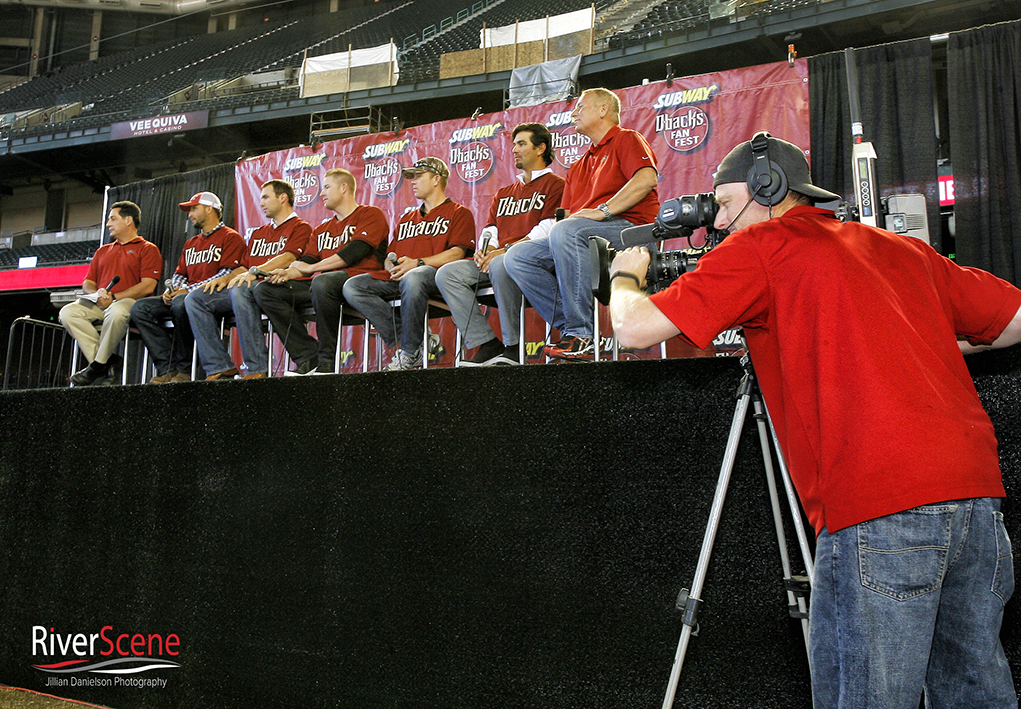 2014 Dbacks players do a question and answer with fans during Fan Fest. Jillian Danielson/RiverScene

The D-backs will also have an area in right field at Chase Field for kids 12 and under to receive free autographs from players, coaches and broadcasters during four sessions from 12:15 – 4:00 p.m. Vouchers for each session will be distributed on a first-come first-served basis 15 minutes prior to each respective autograph session in front of the Kids Autograph Area. Up to one parent can accompany each child in line.

The @Dbacks Social Media Zone will provide a central hub for connecting fans with the team through online outlets like Facebook, Twitter and Instagram. Guests are encouraged to post throughout the event using the #DbacksFest hashtag. Fans can register for special text alerts leading up to the event by texting FANFEST to 76925. For additional information regarding SUBWAY® D-backs FanFest, please visit dbacks.com/fanfest or call 602.462.FEST (3378).