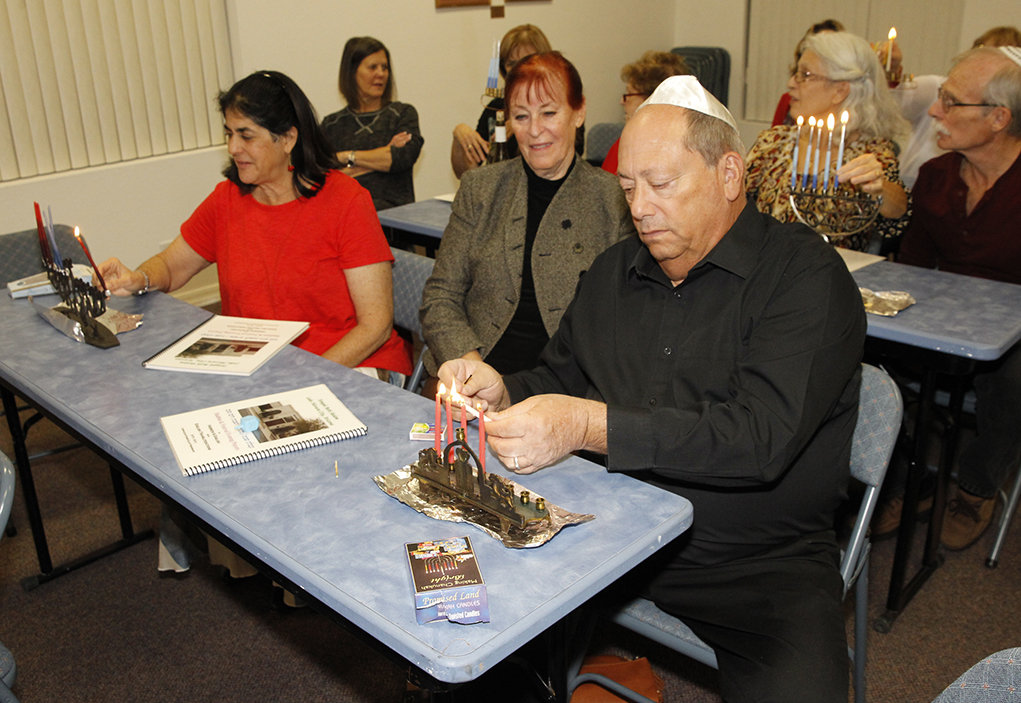 ‘Tis the season for holiday cheer, and not every Havasuvian celebrates the same. 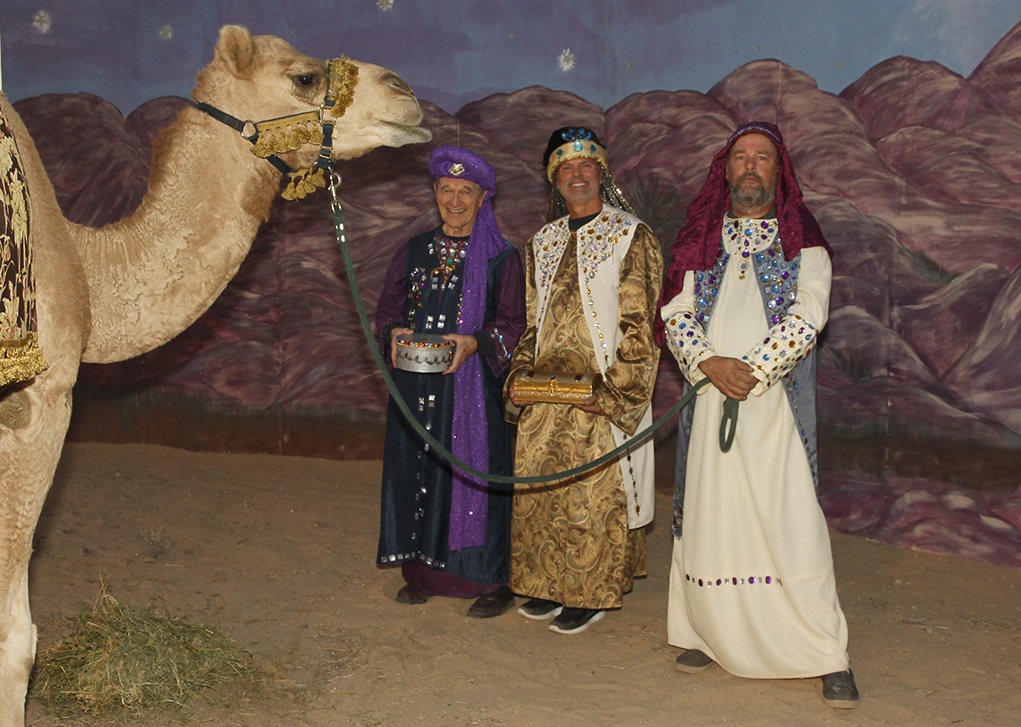 Actors portraying The Three Wise Men in the “Live Drive Through Nativity” pose for a photo Friday evening. Jillian Danielson/RiverScene

The story depicted was “The Road to Bethlehem” – the story of the birth of Jesus in the Christian tradition.

In  addition to live actors, the scene featured live animals including goats and a baby camel. The event is staged annually by more than 100 volunteers.

Located on Acoma Boulevard is Temple Beth Sholom Jewish Temple. On Friday, the congregation celebrated the fourth night of Chanukah. 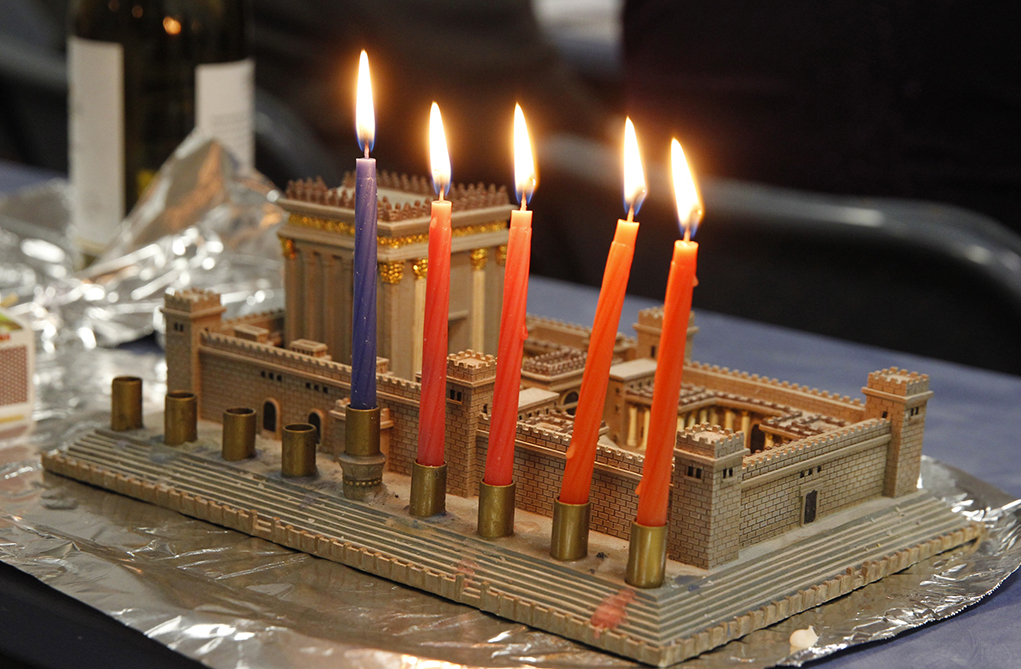 The eight-day holiday celebrates a military victory. Tradition tells that soldiers found a supply of oil meant to last only one day and it lasted for eight. This is where the eight-tipped lighted menorah comes into tradition.

Friday was the fourth day of the holiday. It was celebrated with ceremony, traditional Jewish treats including latkes (potato pancakes) and jelly donuts. All the foods served at the celebration commemorate a part of the original Jewish tradition.

Local groups and businesses came together and hosted the 15th annual Lake Havasu Community Dinner. The dinner was scheduled for two serving times and the capacity was 500 individuals for each serving. 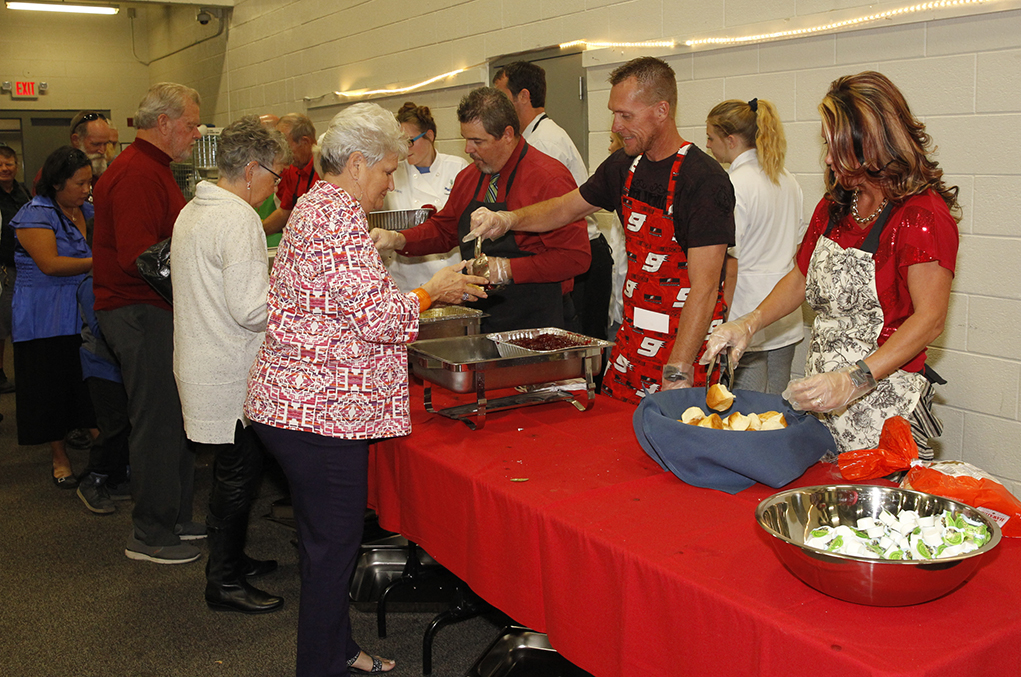 The meal were donated by the Lake Havasu City Interagency Council, Golden Corral, W.A.V.E. Culinary students, and Shamrock Foods. The meals were holiday style with turkey, ham, stuffing, potatoes, gravy and a choice of pie for desert.

Santa stopped by as well and posed for pictures with kids. The entire event was free. 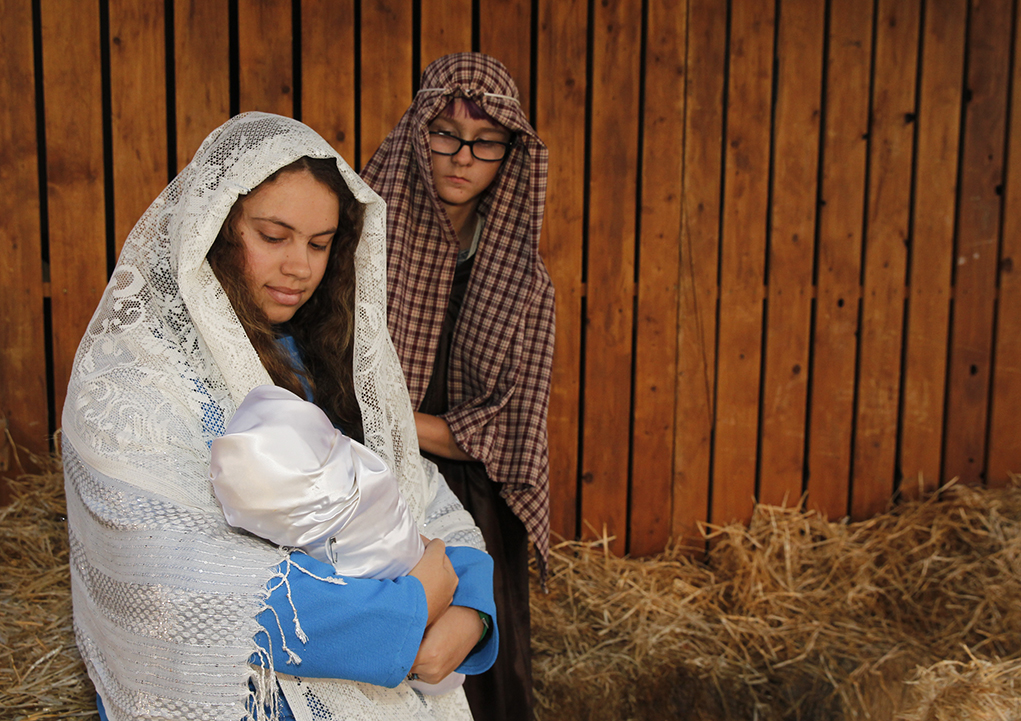 Actors portraying Mary and Joseph pose for a photo Friday evening during the “Drive Through Nativity.” Jillian Danielson/RiverScene 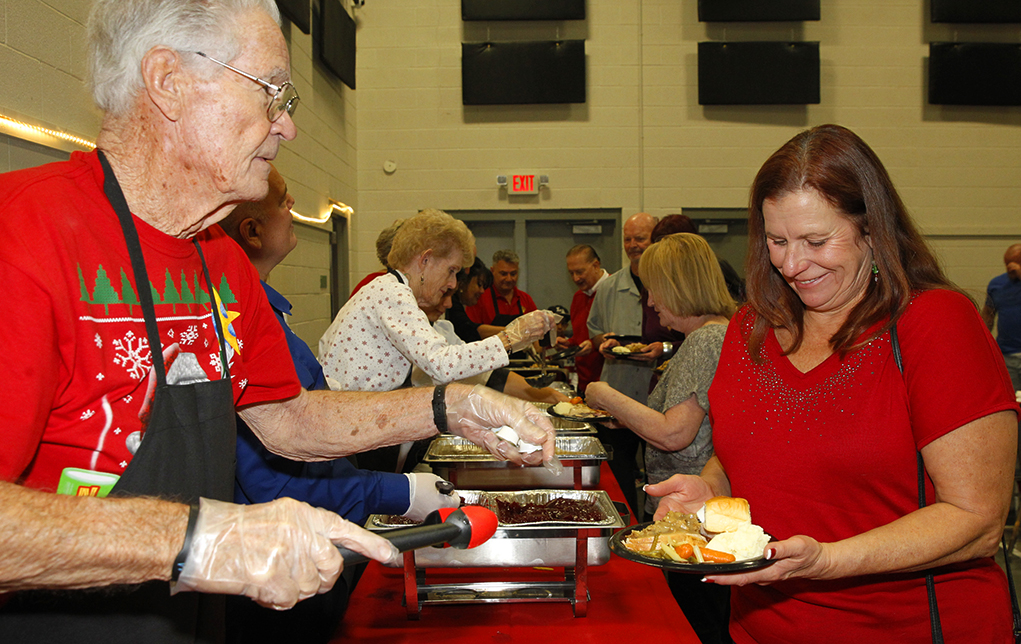