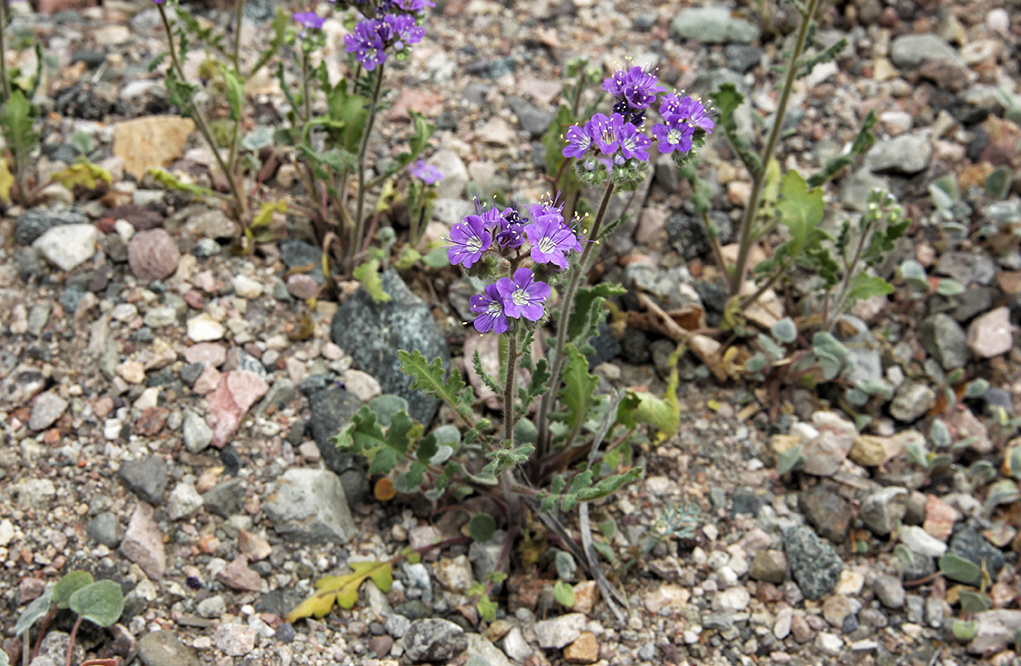 It is once again that time of year when spring –and allergens- waft through the crisp open air. As we take in the beauty of the open desert in appreciation of the local flora and fauna, it can be easy to forget, yet important to remember, that a spectator’s distance should be kept from certain plants as well as animals.

Among the seemingly auspicious are the attractive purple flowers of the Phacelia plant that appear inviting for gathering, while known closely to locals as Scorpion Weed.

Known for its often painful rash generated after handling or coming into contact with the tiny hairs of the plant that line the flower and seed pods, a poison ivy-like reaction is often noticed by those who react significantly to the oils found in the plant. If accidental handling or contact should occur, water should not be sought as a treatment for the rash, as this merely dilutes, but does not cleanse the oil from the body.

Instead, it is advised that the affected area be cleansed with Fels-Naptha laundry soap which is packaged in bar form, making it easy to utilize in a shower. Scratching of the area is never advised, as the itching and area of the rash will only intensify as a result, but rather to soothe the area through application of aloe vera gel chilled in the refrigerator.

Remember that pets can also carry Scorpion Weed into the home, onto your rug, your bed spread or on to you. When returning from desert walks, rinse off your dog’s underside and legs to ensure it does not have any of the Scorpion Weed on its fur. Perhaps, even better yet –just don’t pick the pretty purple flowers.