Double Amputee, Medal of Honor Recipient on Run For The Wall 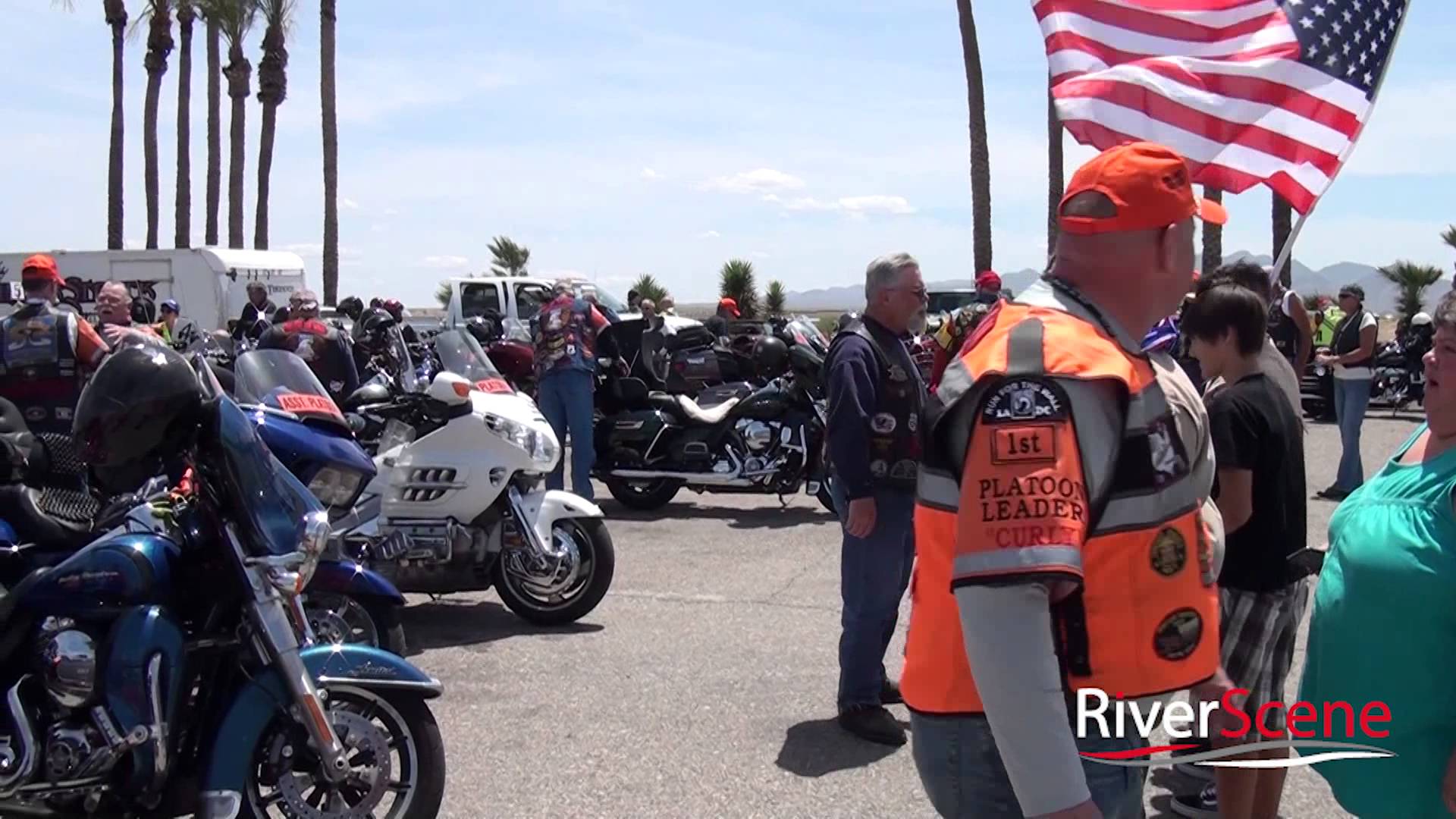 The nearly 300 veterans on motorcycles who stopped for fuel at the Chevron gas station at the intersection of Interstate 40 and State Route 95 Wednesday comprised Vietnam veterans, several World War II veterans, many Korean War veterans, and veterans of every conflict since then. In recent years, many active duty military also have made the cross-country trip with Run For The Wall. This was RFTW’s 27th year.

A number of the riders are missing limbs because of their military service, but with today’s amazing prostheses, these disabilities no longer prevent them from participating in many activities, including riding motorcycles.

Once such rider was SSgt. Brian Mast (Ret, US Army). Mast, 32, was a Special Operations Explosive Ordnance Disposal Technician (bomb tech). On Sept. 19, 2010, while deployed to Afghanistan, he was struck by an IED. The IED claimed both of his legs, a finger and a part of his forearm. His recovery was long, but he remained positive and looked forward to moving on with his life with his wife and young son. He had enjoyed riding motorcycles before his injury, but didn’t think he’d ever be able to ride again.

Mast’s situation came to the attention of RFTW, and the organization immediately made the decision to dedicate their second Combat Hero Bike Build him. The program had been started just the year before, and RFTW plans to build a bike every year for a combat wounded hero. Someone donated a motorcycle with a good engine, and volunteers rebuilt the bike to suit Mast’s needs.

Mast wished for a sidecar to take his son on rides, so a sidecar was added. The bike was presented to Mast in Ontario, Calif., the night before RFTW began their journey to Washington, D.C. But Brian would need time to get accustomed to riding the bike, so he rode with RFTW on the back of a trike owned by “Sgt. Rock,” Steve Walker. Walker lost his right arm in Vietnam, but has been riding motorcycles for years, and riding with RFTW for many years.

Brian will ride with the RFTW Midway Route as far as Albuquerque, then will fly home to Florida. His new bike will be trailered to Washington D.C., and delivered to Mast’s home after the Run.

Mast said he was grateful to RFTW for making it possible for him to ride once again. At the Chevron station Wednesday, he said, “I’m in awe of what RFTW does for veterans, and I’m deeply grateful for what they’re done for me. I also appreciate all the supporters who come out to thank us veterans for our service; it means a lot to us.”

As he said this, he looked at the embroidered star in his hand, given to him and all the other veterans a few minutes before by Lake Havasu City Boy Scout Troop 25. The Scouts worked for many months collecting old flags, cutting each star out, and putting the star in a plastic sleeve, along with a few words telling veterans the star was a symbol of the country’s gratitude for their service.

While Mast was in Ontario, he met MSgt. Leroy Petry, Medal of Honor recipient, who rode with RFTW on the Central Route. Petry lost his hand in combat in Afghanistan in 2008 when he grabbed a grenade and attempted to throw it away from his unit. It exploded, saving the soldiers’ lives but severing his right hand.

With a special prosthesis, he was able to remain in the Army and retired last year. Petry met several RFTW members and decided to ride with them to The Wall in Washington, D.C. Three hours after Mast left the Chevron station to continue the cross-country journey, Petry, riding near the front of the pack on his motorcycle, passed under the SR 95/I-40 overpass to the cheers and waves of supporters.

Among the supporters were four members of the Desert Hills Fire Department. Fire Chief Bill Weber said it was his first time meeting the RFTW group. “We just heard about it and decided we had to come out here and show our support.”

Residents of Lake Havasu City have been going out on the overpass for nine years, but were ordered off the overpass by ADOT with no prior warning, according to the supporters. A few disappointed supporters went back home, several moved to the Chevron station nearby, and many moved to the next exit at Franconia Road. A group of about 25 determined supporters refused to leave the overpass, some telling ADOT employees they simply couldn’t leave and allow the veterans to think the supporters RFTW had come to look forward to seeing each year had deserted them and no longer cared about them. 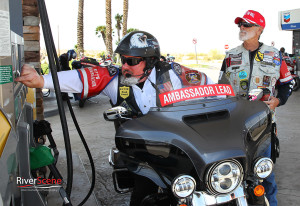 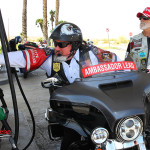 A Run for the Wall rider, “Breeze” gases up while another rider, “Dirt” watches Wednesday morning. Jillian Danielson/RiverScene 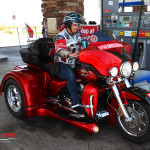 Denise Dugas gases up at Cheveron Wednesday during Run For The Wall. Jillian Danielson/RiverScene 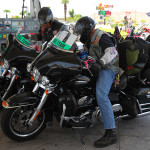 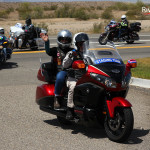 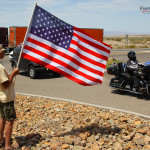 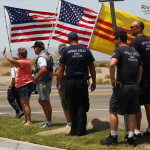 Desert Hills Firefighters greet Veterans as they pull into the Cheveron Station on Highway 95. Jillian Danielson/RiverScene 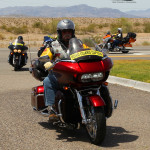 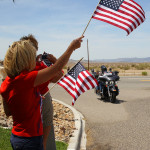 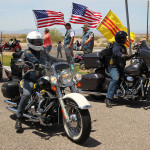 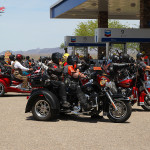 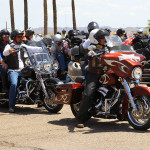 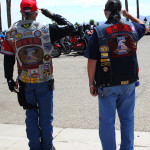 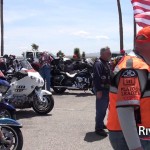