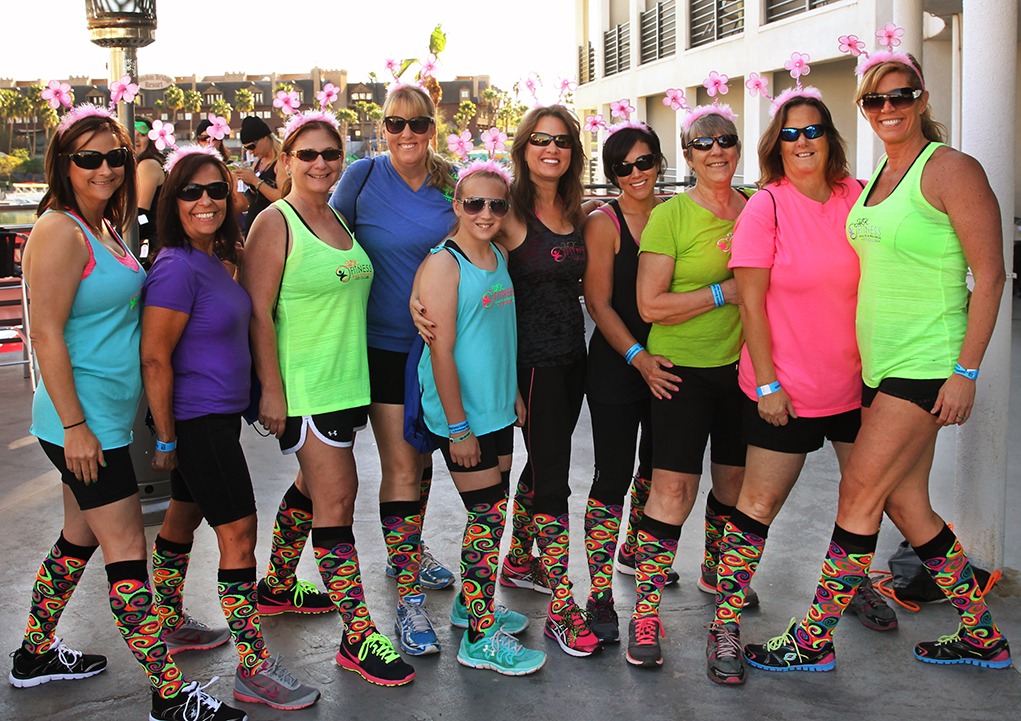 “I thought this would be a great activity and fundraiser to do. I used to do a lot of 5K events and two years ago I adapted this event and brought it to Lake Havasu City,” said Lisa Jennings, coordinator and Soroptimist member. Participants at the event had the option to run or walk to designated checkpoints and find hidden treasures and clues throughout McCulloch Boulevard in teams of two or five. 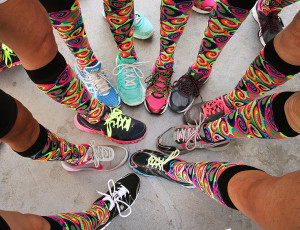 “This is the first year ever, that I have participated in this event,” said Janet Konkol with J.L.K Fitness in Lake Havasu City. “We have a group of ten people, so we had two teams out here. Once a month we try to do something for charity, so we decided to do this today.”

Teams dressed in decorative shirts with their team logo also flooded McCulloch Boulevard as they searched for treasures and clues during the scavenger hunt.

“You know, when I first heard about this event I thought it would be so much fun,” said Jackee Jusick, team member of the “Super Moms.” I went online and later convinced my friend to join me.” 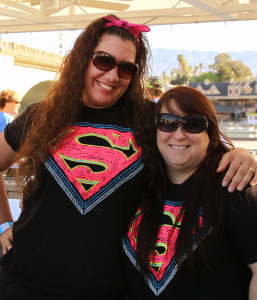 Registration fees per participant will be used to benefit the Soroptimist International of Lake Havasu City organization which works to empower women and young girls.

Lisa Jennings says events like this will help improve the lives of women and girls in the community. “We love to help and do stuff with the organization and at the same time have fun doing it,” said Jennings.

For more information on the organization visit www.soroptimist.org. 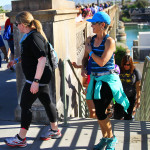 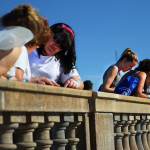 Teams study the clues on the London Bridge during the Street Scramble. Jillian Danielson/RiverScene 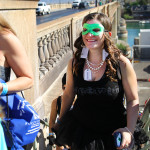 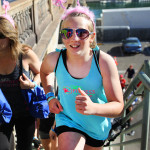 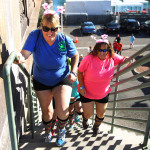 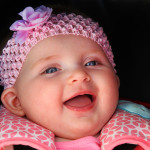 Baily Rose Benthagen is all smiles before she rides in a stroller with her mom during the Scavenger Hunt. Jillian Danielson/RiverScene 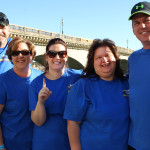