Drivers Be Alert-Schools Open On Monday 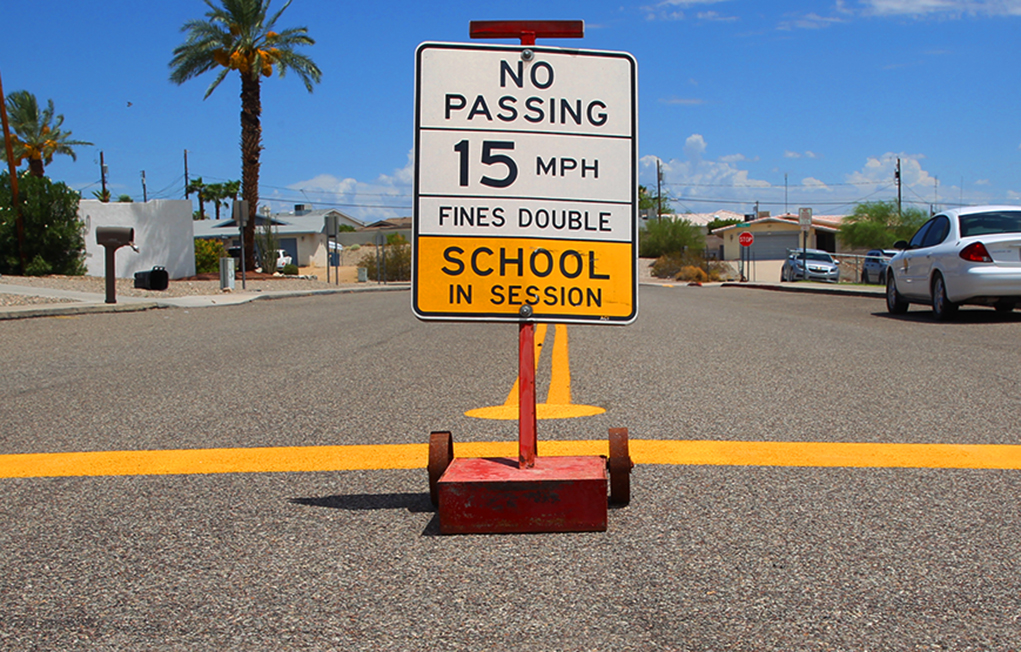 Most public schools in Lake Havasu City begin the new school year Monday. Drivers who became lax in school zones during the summer are reminded to be vigilant and obey the rules for the protection of students. 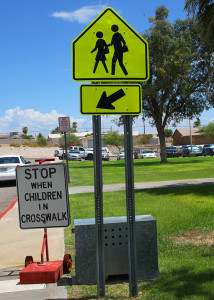 “We’re going to put as many traffic and patrol officers in school zones as possible, with radar, especially the first week or two of school,” he continued.

Burns also reminds drivers that they must stop when a crossing guard escorts children in a crosswalk, and remain stopped until the children are safely across and the guard lowers his “Stop” sign.

Telesis Preparatory Academy, across the street from Lake Havasu High School, now has its own crosswalk, so drivers must be alert for crossing guards in that area as well.

“If a school bus stops, has his red lights flashing, and the red “Stop” sign is extended, all traffic must stop and remain stopped until the Stop sign is retracted,” Burns explained.

“But if a bus is parked with no flashing lights or Stop sign extended, traffic can proceed cautiously.”

Drivers are well-advised to obey this law, as school buses have cameras mounted, and they may catch an offender on film, according to a district employee.

Burns advises that Thunderbolt Middle School will have staff to strictly enforce its drop-off lanes to avoid the double-parking problems in the past that caused traffic to back up onto Thunderbolt Avenue.

The final piece of advice Sgt. Burns offers is to “give yourself some extra time when you leave in the mornings and return in the afternoons, especially the first few weeks of school.”

It would also be a good idea to use alternate routes around school zones when possible.

Please remember that a child’s life may depend on your vigilance.