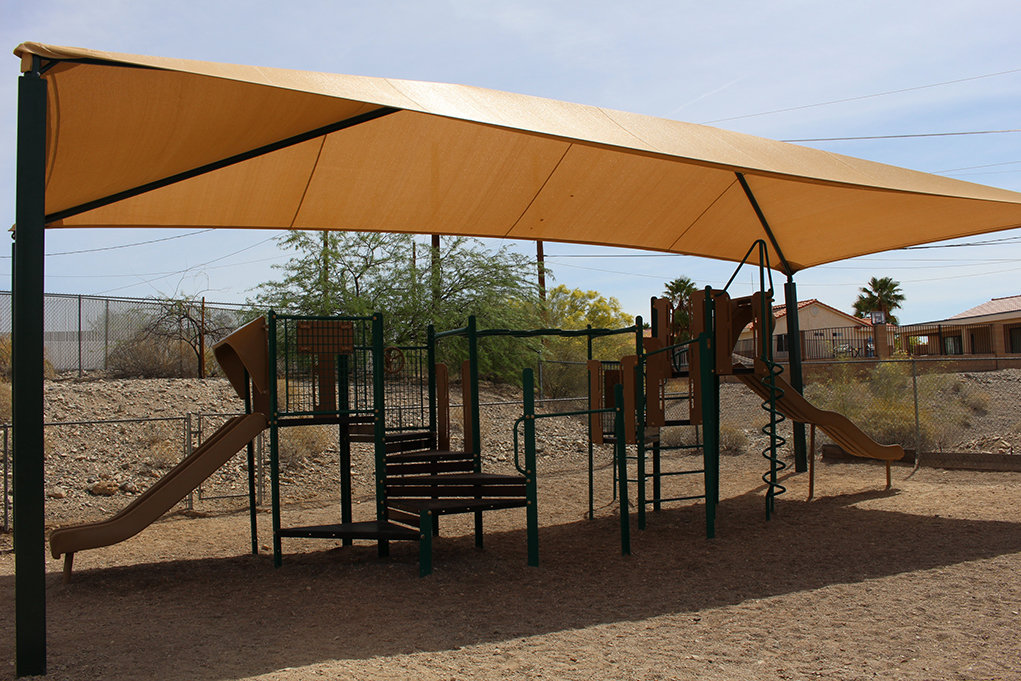 As Eagle Scout projects go, this is one that will have an impact on Telesis Preparatory Academy students for years to come.

Wesley Smythe, a junior at Telesis, built a large shade structure covering the existing playground equipment for the young students at the school. The much-needed structure will provide protection for the active children from the hot Havasu sun. Wesley received support for his project from local businesses, friends, family and his Eagle Scout troop, Troop 25. 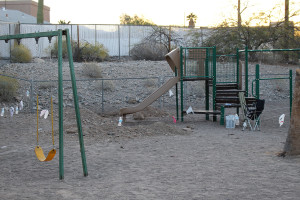 This was the playground before it was fixed. submitted photo Telesis

The shade structure is 18 by 40 feet, and covers the entire play area. The structure was built in Phoenix by a large company called Shade N’ Net. Smythe drove to Phoenix with his dad and brother to pick up the structure. It is designed to be durable and long lasting.

The shade structure will block harmful ultra violet radiation from the sun. The shade will also keep the play equipment cool so kids won’t burn themselves on the metal. The young kids are very happy with their new the structure. 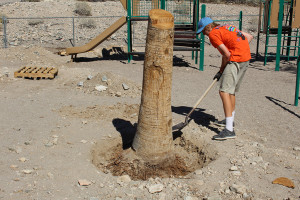 In addition to the shade structure, Smythe also removed a large dead palm tree from the playground, stump and all. This tree had been dead for many years and needed to be removed.

As a final part of Smythe’s Eagle project, he used the rocks from the footings and did some erosion control on the back slope of the school. He filled in three large areas, that had been eroded over the years, with the rock. This was also greatly appreciated by the school.

The following people and companies donated significantly to his Eagle project:

One Response to “Eagle Project Completed At Telesis”