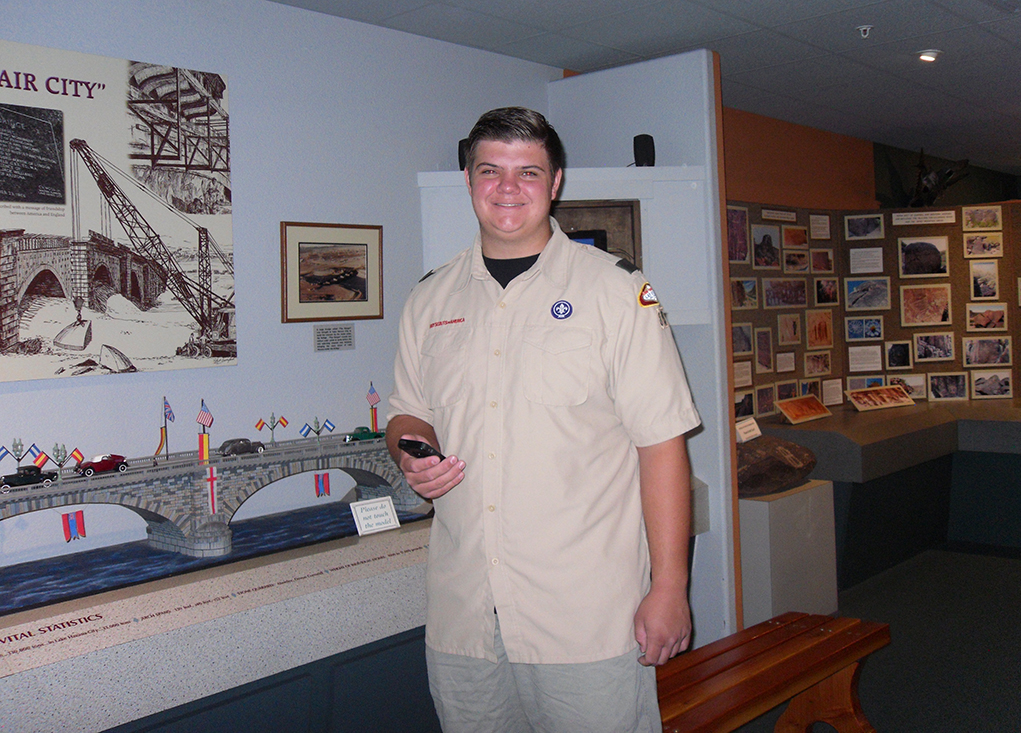 This spring, Travis Skelton, a recent graduate of Lake Havasu High School and also a Boy Scout, was looking for an Eagle Scout project.

Skelton approached Becky Maxedon, executive director of the Lake Havasu Museum of History, with an idea to bring some additional technology into the museum. Skelton was interested in giving something back to the history of Lake Havasu City. Skelton’s grandfather, Bill Evans, was a test pilot for the McCulloch J2 Gyroplane, and his photo is included along with the J2 model in the museum.

The Skelton family has history in the city. Travis Skelton’s parents, Todd and Holly Skelton, helped make his Eagle project possible through their support and guidance.

Skelton’s Eagle project was the installation of an audio tour of the museum. He researched the history of the area, wrote the script for the narration, engaged a very talented local voice specialist, arranged recording and put the entire tour together on YouTube.

Visitors to the museum with smart phones can access the tour as the move through the museum. The tour is an audio description of museum exhibits that follows the path chronologically set out in the museum.

The audio tour is also being used to acquaint those contemplating a visit with a preview of exhibits offered at the museum by its posting on the museum website at www.havasasumuseum.coom and on the museum Facebook page Lake Havasu Museum of History.

“We are very pleased with the audio tour,” Maxedon said. “Travis did a great job and the museum has been enriched by being able to offer this technology to our visitors.”

Feature photo: Travis Skelton is pictured here listing to the audio tour of the Lake Havasu Museum of History that he developed for his Eagle Scout project.