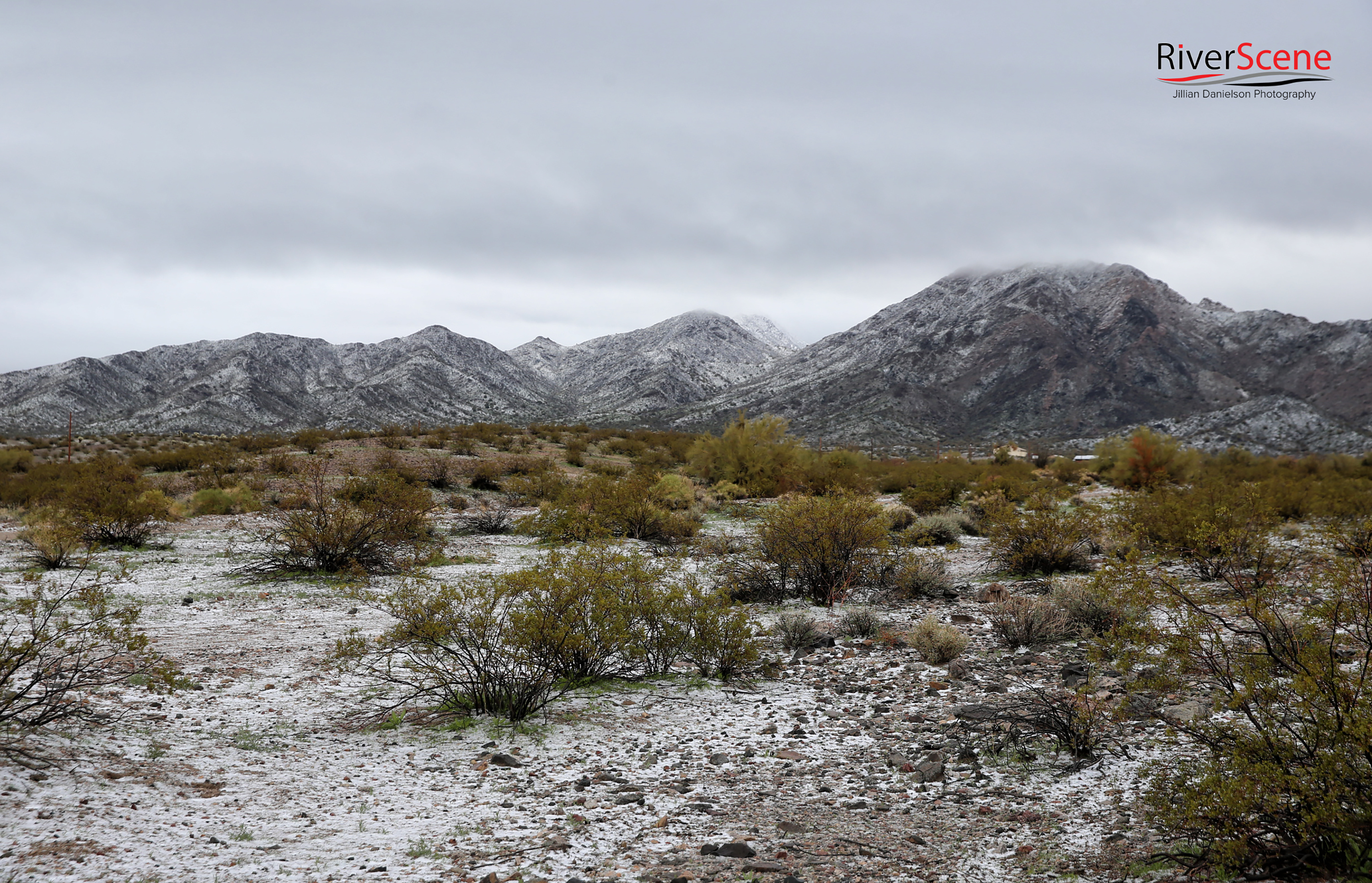 An early morning storm wreaked havoc on the Lake Havasu City area, bringing snow showers as near as Havasu Heights. The Arizona Department of Transportation closed Interstate 40 at its intersection with State Route 95 eastbound to Kingman. Roads were also closed because of snow in the Kingman area. 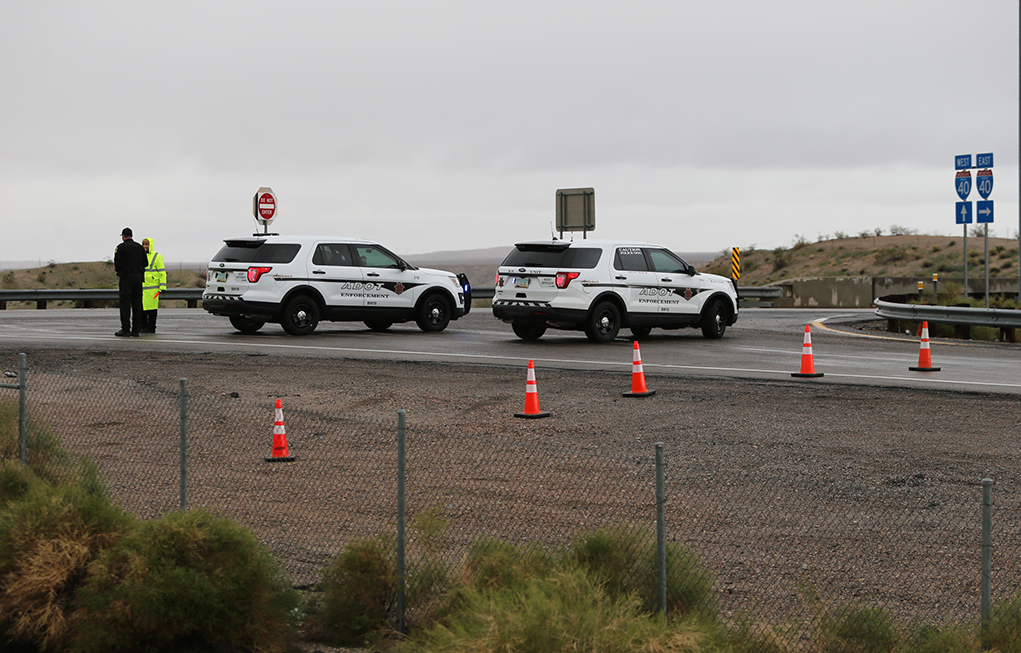 ADOT closed the I-40 east Thursday morning at the Pilot Station. Jillian Danielson/RiverScene

“(The I-40) is still closed, with no estimated time to reopen because of snow, ice, crashes and disabled vehicles that blocked I-40 in Kingman for hours,” an ADOT official said.

The storm brought rain, sometimes heavy, to Lake Havasu City along with some sleet/hail in the area early this morning. 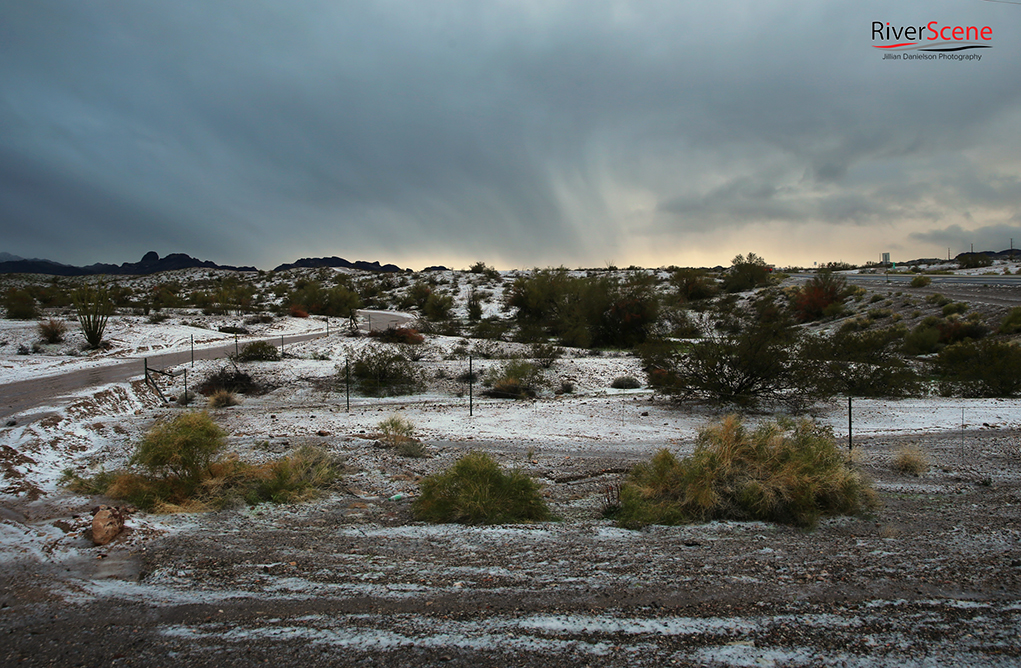 The National Weather Service forecasts showers throughout today, mainly before 8 p.m. The low, the weather service forecasts tonight could drop down to 38 degrees with a 60 percent chance of precipitation overnight.

Friday should be partly sunny and clearing with a high near 54, according to the weather service’s forecast. 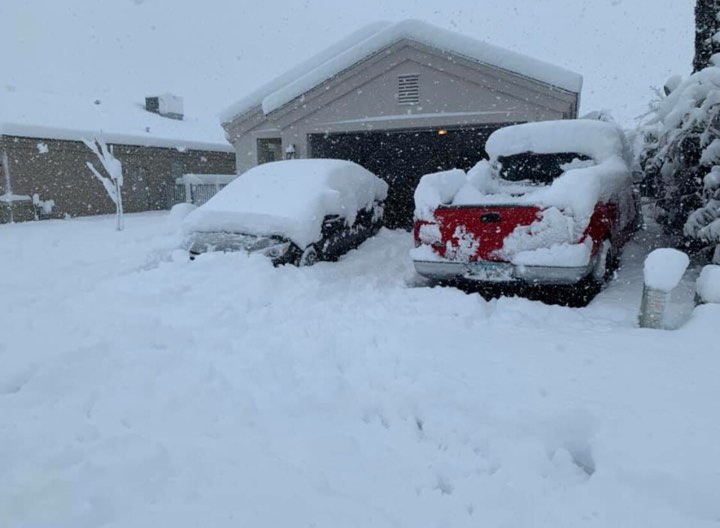 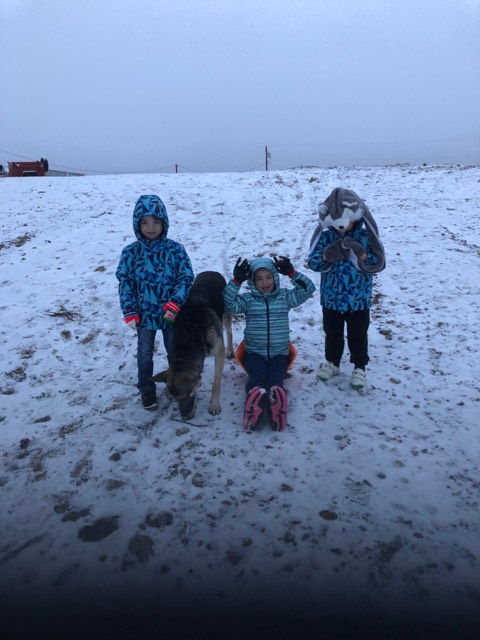 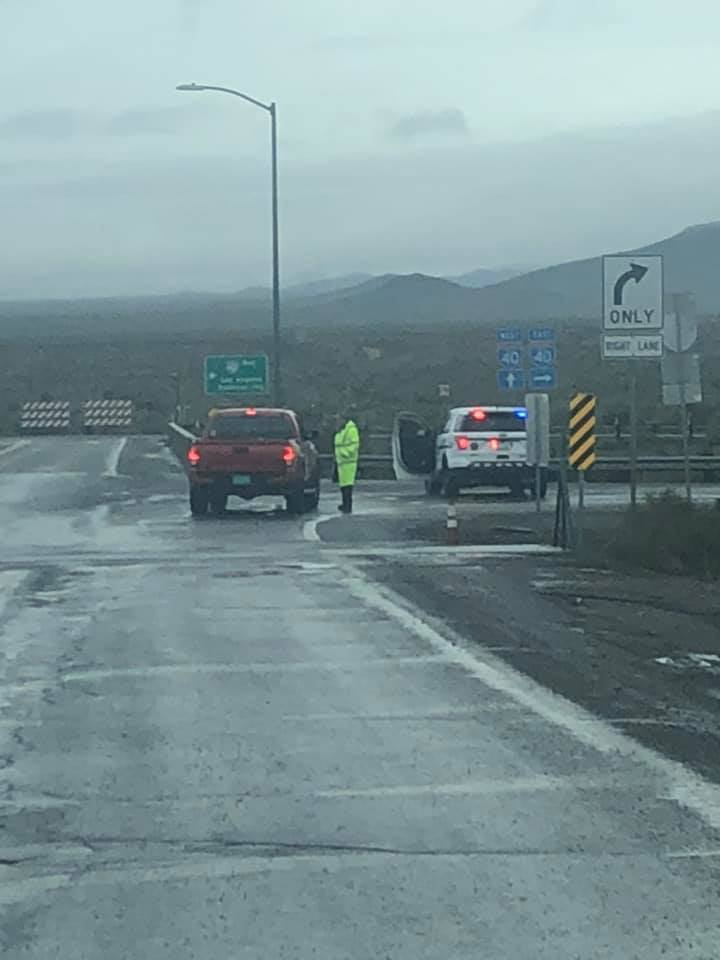