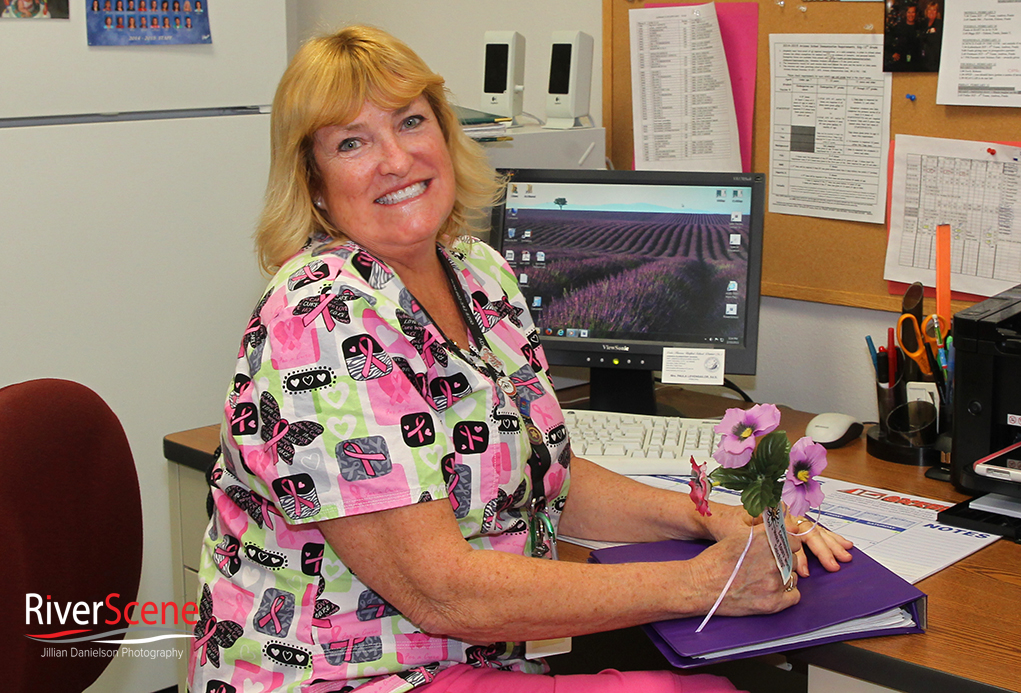 [dropcap]L[/dropcap]ynn Burns, unlike most school nurses, spends her day splitting her time between two schools and two shifts.

Burns starts her morning at Starline Elementary, and after half a day, she heads to Jamaica Elementary to take care of sick children when they come to the nurse’s office.
Most schools have one full-time nurse, but with a limited school budget, she was forced to take on two schools to cover the need for a second nurse.
Burns grew up in Ohio and later spent some time in Hawaii when one of her friends who joined the Navy needed a roommate.

[quote_center]“Being a nurse half of the day at one school, and the other half of it at another, sure makes my day go by really fast,” she said.[/quote_center]

Burns took her friend up on her offer and enjoyed the beautiful blue waters Hawaii had to offer. And that’s where she met her husband. Burns and her now ex-husband, later relocated to Lake Havasu City in 1984.
“You know, it took me a while to adjust from living in Hawaii to Lake Havasu”, said Burns. “But now I have grown to love it here. The weather is perfect especially in the winter. It’s sunny year round.”
From screenings, curing minor cuts with bandages, to taking a child’s temperature – Burns does it all.
“I think it is awful when a child is sick, so I think my favorite part of the work is doing the eye and hearing screenings,” said Burns. “They are just more positive and the children aren’t sick and uncomfortable during these tests.”
As for the measles outbreak, she believes in the benefits of immunizations.
“I do believe they create a better immunity for the children and benefit everyone around them.”
According to Burns, the most challenging part of the job is not knowing what to expect in a day.
“I had one child come into my office and stick a pencil in his nose, and I was shocked I had to tell them not to do that. I also had two diabetic children come in sick at one time,” said Burns. “You just never know what the day will bring.”
Burns also believes her job allows her to make a difference in the student’s lives and says at the end of the day, she loves what she does.
“This has been a great job. It is what you make of it.” 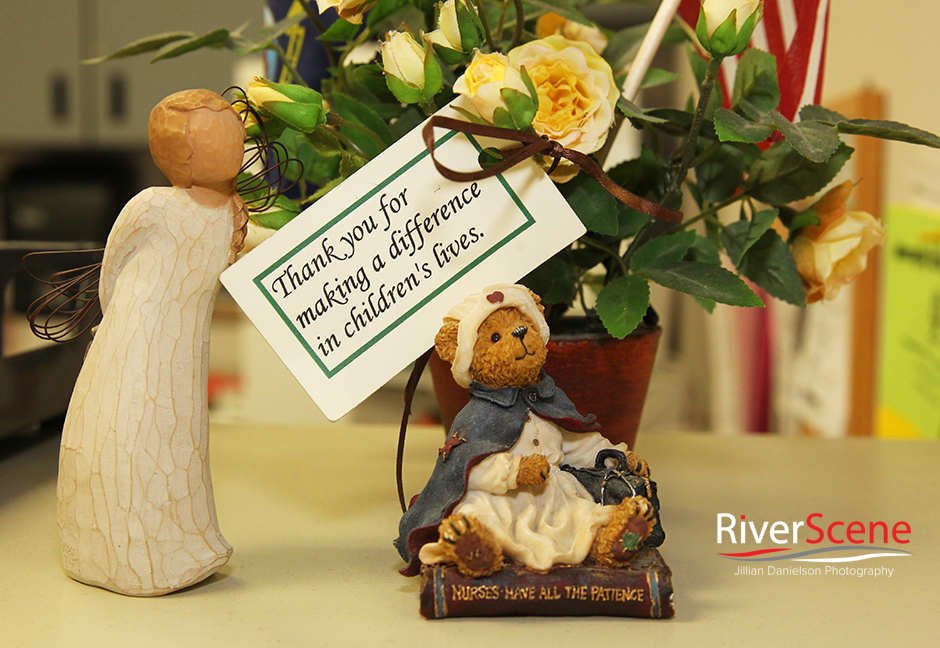 Do you know someone that would be an exemplary person for RiverScene Magazine to interview and write a story about?

We are looking for nominations for our weekly community educator spotlight articles. Please use this form to submit your idea to us: Spotlight Nomination Form