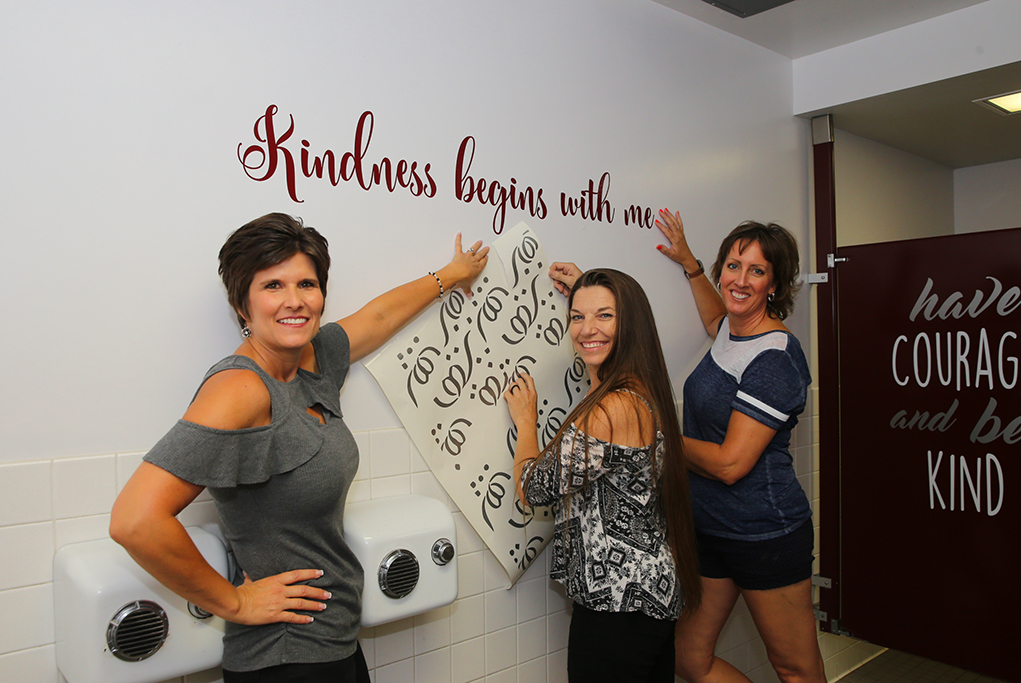 There is a new trend hitting schools this year thanks to the social media giant, Facebook. Schools around the country have been revitalizing their student’s bathrooms with motivational quotes and uplifting images.

The concept was first reported in September 2017 as a mother and local artist who was asked to help revamp the girls bathroom of a middle school in Fayetteville, N.C. She accepted the challenge and unknowingly became the mother of the positive-school-bathrooms revolution.

They continued the project into the boy’s bathroom and eventually the elementary schools. The concept has now reached millions of people who also want to spread positivity where it is needed most.

To see the small town that started a world-wide movement, click here. 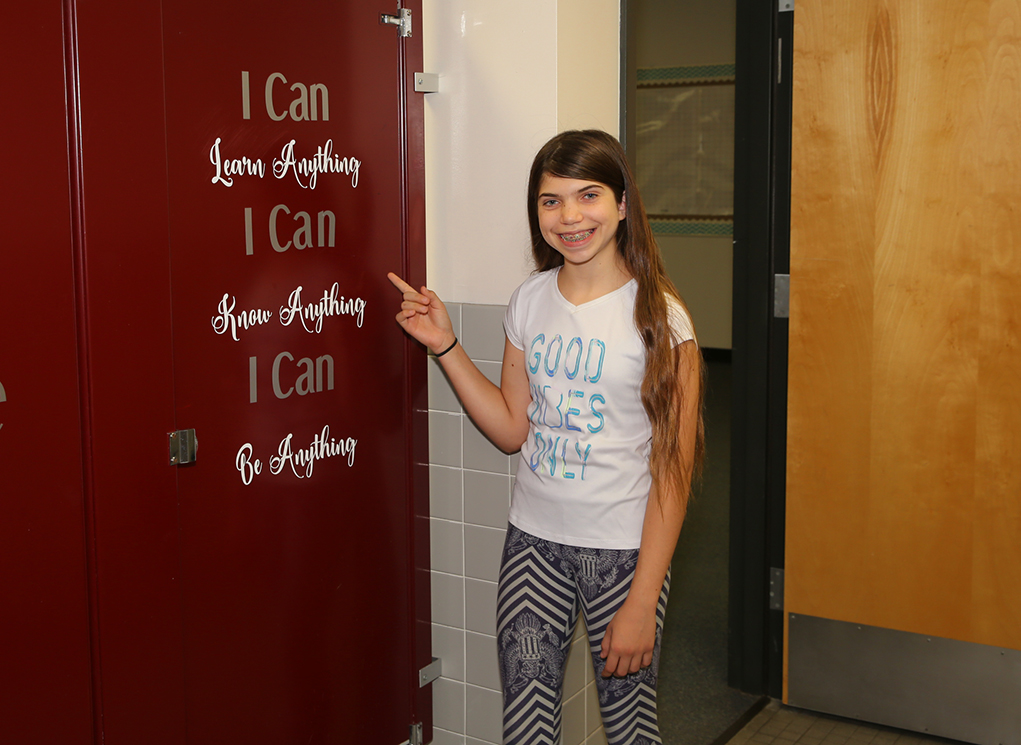 Stevie Barker points to her favorite quote in the bathroom at Smoketree School. Jillian Danielson/RiverScene

In Lake Havasu, two schools so far have followed in the same trend. Smoketree Elementary and Jamaica Elementary are the pioneers in the positive bathroom movement for the city.

“At Smoketree, we guide our students to grow and become  compassionate and caring individuals by modeling the ROAR traits. The quotes displayed throughout our school empower our students to act with integrity and respect  towards each other, staff and community,” said Connie Hogard, principal of Smoketree Elementary.

When students walks into the bathroom, they are greeted with positive sayings such as: “Spread kindness like confetti” and “Do the right thing when no one is looking.”

Tonya Rivello, of Smoketree Elementary said,  “[Those involved are] trying to inspire the kids to spread kindness and be courageous and nice to others.” 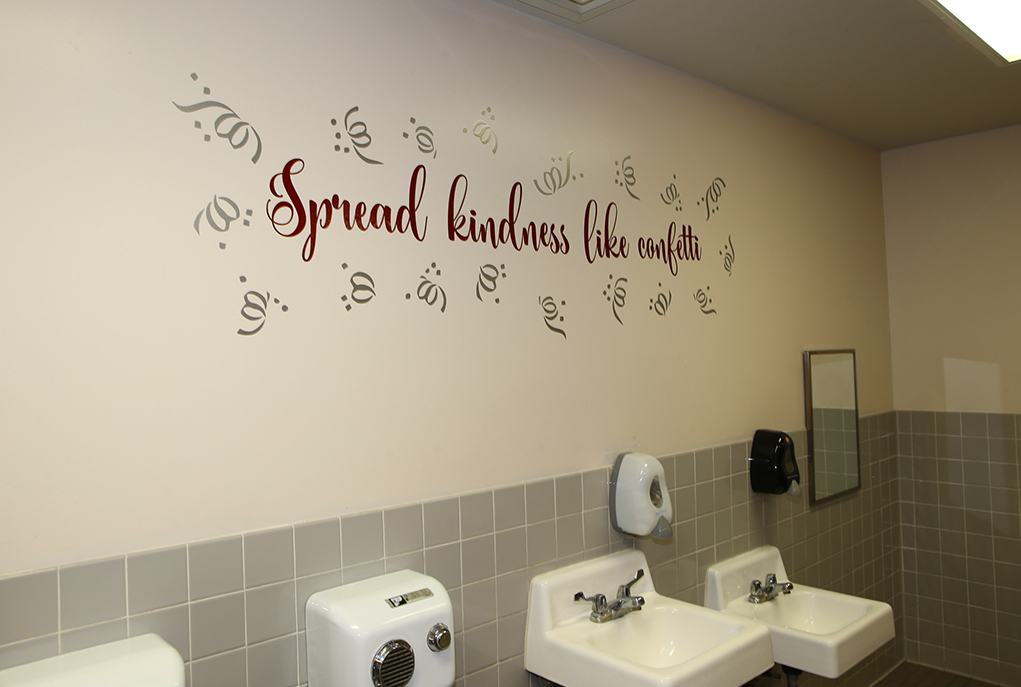 Friends of Rivello helped with the design and crafting of the typographics and design to help create the newly upcycled bathrooms. Rivello shared that it turned out just as they had envisioned.

“I wanted to help so I can inspire other kids to do the right thing. My favorite quote [in the bathroom] is “I can learn anything, know anything, and be anything,” Barker said.

“[I helped] so that kids will be nice to each other and teach other the way they want to be treated,” Sophie Rivello said.

Smoketree is in the process of revamping the boy’s bathroom when classes return in August. 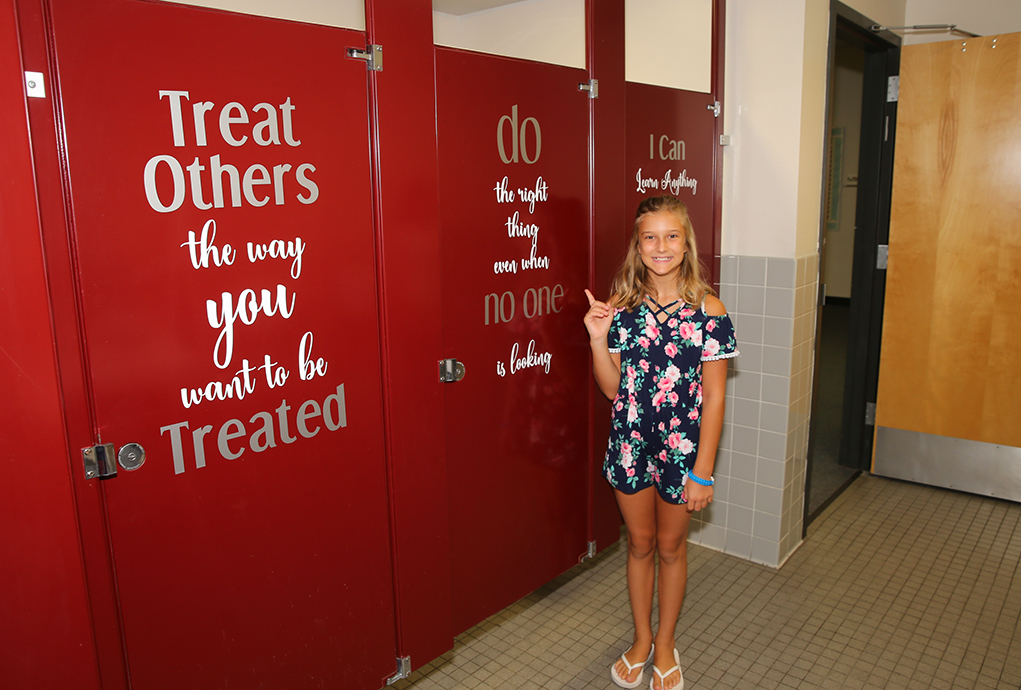