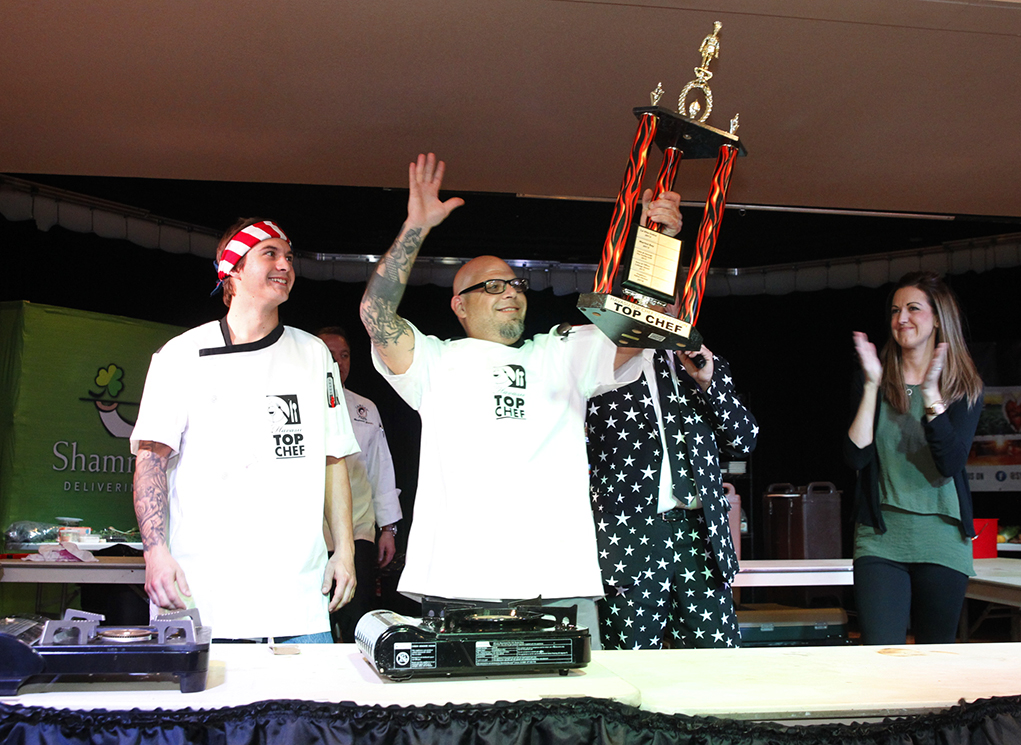 This year’s competition was the first time the Elks Lodge has entered, something winning chef Adam Sweetow said made them “totally the underdog.”

“We decided we wanted to do it to prove what we can do,” Sweetow said. “The [kitchen] crew we’ve assembled at the Lodge is phenomenal, and this was a chance to show that.”

Sweetow has been a chef for 37 years, and just recently brought his experience to the Elks Lodge in Lake Havasu City. His sous chef in Thursday’s competition was Dusty Turpin, who encouraged Sweetow to enter. This was Turpin’s second Top Chef experience, having competed last year with another team. 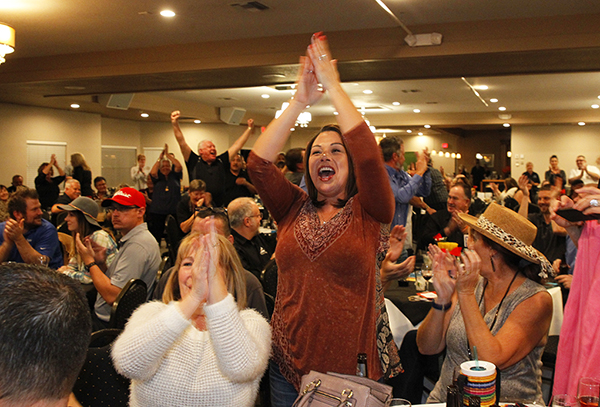 The crowd cheers when the winners are announced of Havasu’s Top Chef Thursday evening. Jillian Danielson/RiverScene

“All of us work together really well,” Turpin said. “This is a really fun event … It’s so exciting to come out on top.”

This year’s event, which is organized by and serves as a fundraiser for the Lake Havasu Hospitality Association, was the sixth annual Havasu Top Chef competition. The competition is modeled after the popular TV show “Chopped.”

Chefs from the six different local restaurants first competed in an appetizer round, where they were given three mystery ingredients and 20 minutes to assemble a dish. This year’s ingredients included canned crab, a serrano pepper and pomegranate. 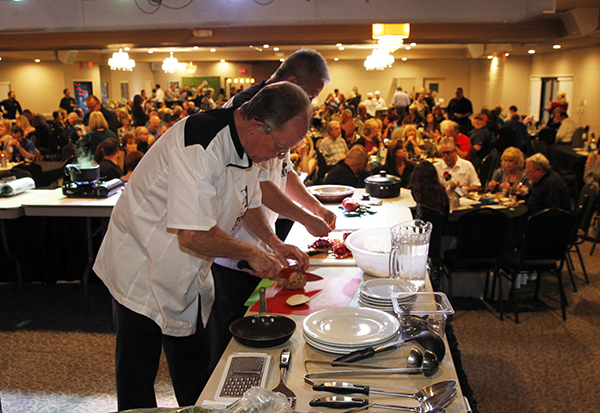 All the appetizers were judged by chef Benjamin Groeger from Sysco and chef Angel Morales from Shamrock Foods. Additional judges were chosen by auction from the audience.

Linn Antonoplos from Lake Arrowhead, Wis., was one of the guest judges who bid for a spot.

“I love ‘Top Chef’ and ‘Chopped,’” Antonoplos said. “I just thought this would be a hoot; my one chance in a lifetime to judge a food contest.”

The judges picked the top three teams to move on to the final entrée round: Shugrue’s, Angelina’s and the Elks. Chefs then had another timed round and more mystery items, this time including pork brisket, soba noodles and rainbow Swiss chard. 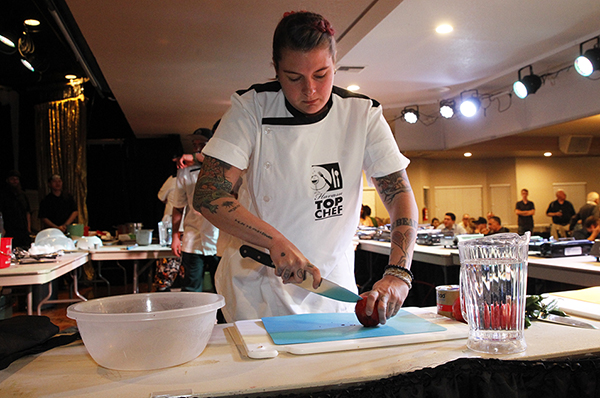 Tiffiny Taylor is one of the chefs that represents College Street Brewery Thursday evening during Havasu’s Top Chef. Jillian Danielson/RiverScene

At the end of the night, the Elks Lodge team was named the winner.

Lake Havasu Hospitality Association board member Dante Marinelli said the event is a fun way to bring the community together and help raise money for tourism projects. He estimated that the event brings in about 220 spectators and about 20 other restaurants and sponsors that donate food and drinks.

“This is a lot of fun for people,” Marinelli said. “It’s fun to see the restaurant community come together and see everyone just enjoying themselves.”

For more information about the Top Chef event or the Lake Havasu Hospitality Association, visit https://www.lakehavasuhospitality.com. 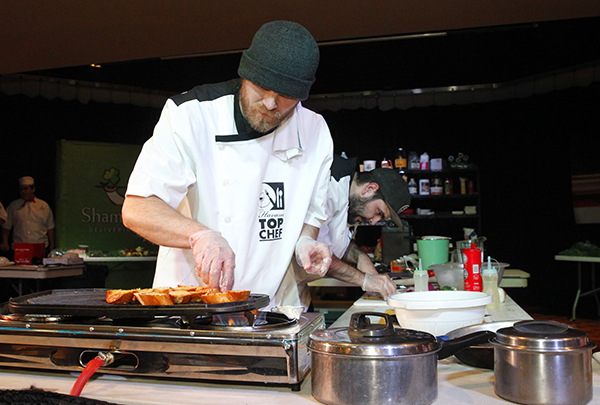