Dailies: How one-a-day became so many things. 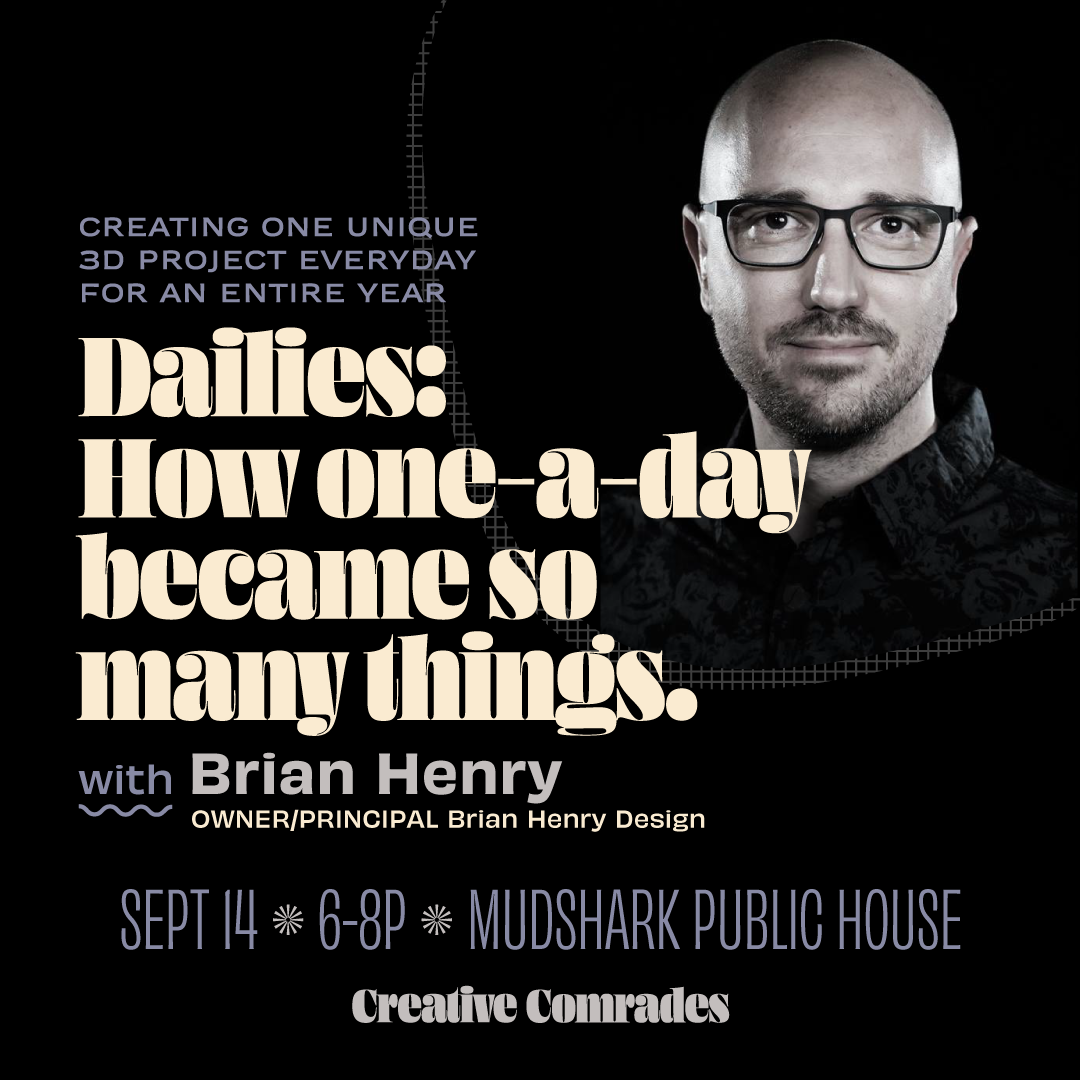 It began in 2016 with the goal of creating one unique 3D project everyday for an entire year. 365 dynamic mini-videos shared daily on a free social media platform to a small group of friends and colleagues for an added layer of accountability and fun. But then the algorithms updated and what was intended to be a small scale endeavor, took on a life of its own and became a keystone in artist and designer Brian Henry’s already many storied career. From international brand ads to LED screen spectaculars, big budget arena stages to the uncharted future of NFTs, Brian’s daily practice will top 1,000 pieces by year’s end but it’s so much more than that.

ABOUT THE SPEAKER
Brian Henry has worked in the design industry for over 27 years developing state of the art LED signage for high profile resort and retail properties worldwide. His namesake multidisciplinary design firm, Brian Henry Design, launched in 2013 with a focus on custom created motion graphics, 3D design as well as ultra high resolution LED displays, outdoor spectaculars and custom control systems that can be seen along the Las Vegas Strip, throughout the United States and as far away as Paris and Hong Kong. Brian is also a noted fine artist with exhibitions in Las Vegas, Joshua Tree, Palms Springs and online with an avid social media following for his daily 3D projects launched in 2016 and again in 2021 as well as his 2022 daily NFT offerings on both the Tezos based OBJET green NFT platform and on the exclusive Ethereum based Foundation NFT platform.

Creative Comrades is a monthly meet up for entrepreneurs and creative professionals in Lake Havasu. Join us on second Wednesdays at Mudshark Public House from 6-8P. Thank you to our partners Mudshark Brewery, Foothills Bank, and Partnership for Economic Development