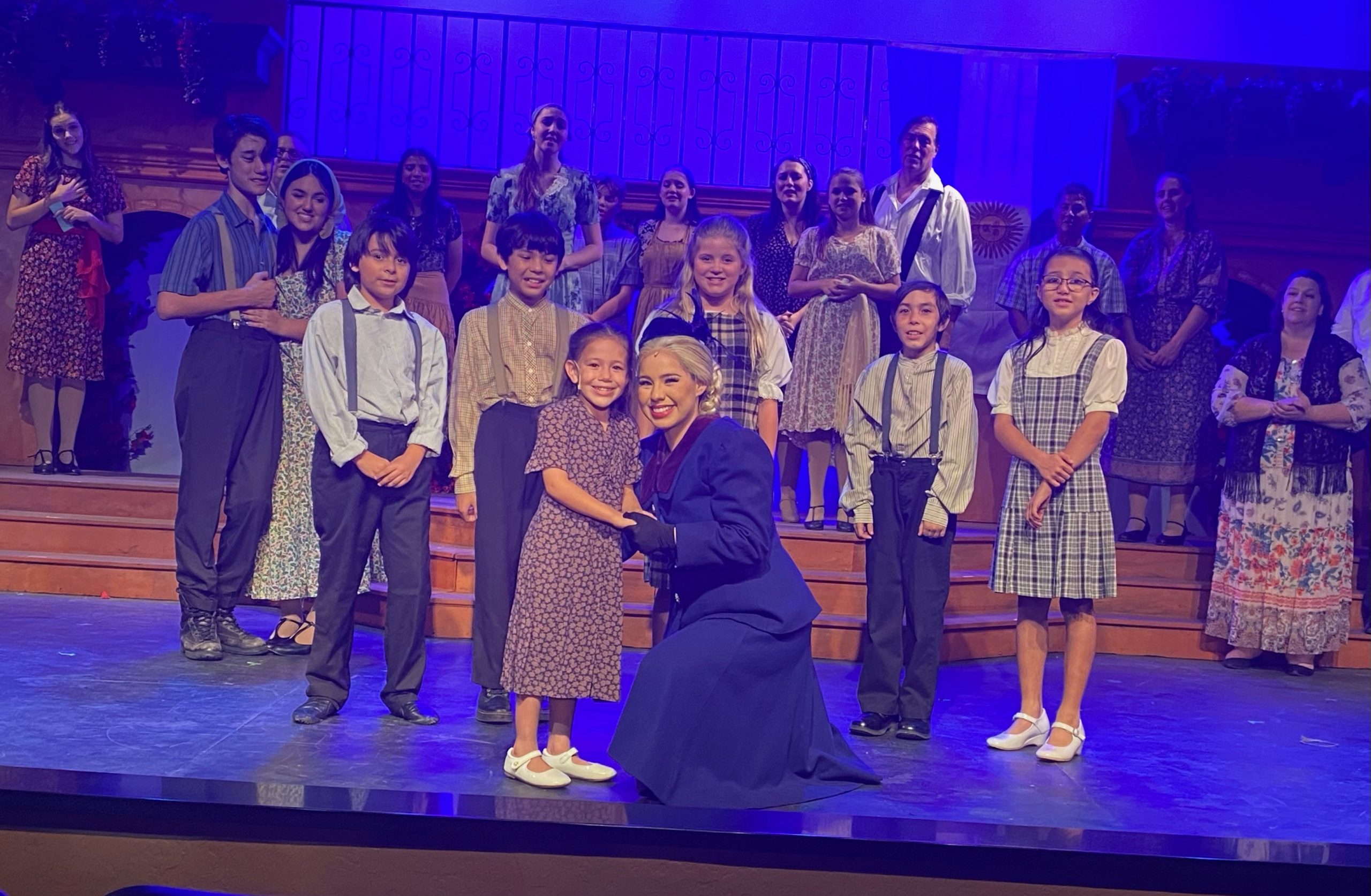 This weekend debuts the second show in the Grace Arts Live fall line up; the blockbuster musical “Evita.”

Featuring a cast and crew of local performers and artists, “Evita” is set to open Friday, at 7:30 p.m., and will run for three weekends at the Main Street theater.

Starring Chloe Hernandez in the title role as Eva Peron, the musical tells the story of the beloved first lady of Argentina, her rise to fame, power and eventually her untimely death.

Hernandez delivers an energetic, passionate performance that captivates the audience from beginning to end with her beautiful, soaring vocals and lively dancing. She is joined by Jason Fallis portraying Che, the narrator, who brings intensity and charm to his role as well as a clear voice.

“Evita” also features Bill Weldon as Juan Peron with an enigmatic presence that pairs perfectly with his baritone vocals. The musical’s stars are accompanied by an ensemble of singers and dancers who enrich the world that director Grace Ann Etcheberria-Jacobs has created on the stage.

“It’s a fast-paced musical and probably Andrew Lloyd Webber and Tim Rice’s best work. I’m impressed by this cast and ensemble,” Jason Fallis said of “Evita,” and he reflected on his role as Che Guevara. “I appreciate the challenge Che has in moving the story forward, and the differing viewpoint of Eva Peron and her legacy that he offers to the audience. I’m inspired by his concern for the betterment of the people. And it’s always fun to play a character that is so openly sarcastic and questioning of authority.”

“Getting to play Eva has been the ultimate pinch myself dream come true and I have been obsessed with this show since I discovered what musical theater was,” Chloe Hernandez said. She described how she connected to the role. “When I researched in depth who Eva was and the emotional turmoil she went through at a very young age, I realized how similar we were and that I was going to do everything I could to have her look down at me portraying her life and smile and be proud because I had done it justice.”

The role of Eva Peron is notoriously difficult, requiring an impressive vocal performance and wide range of emotion. Hernandez commented, “Although this show is very physically, emotionally and vocally demanding, I knew it would all be worth it to share the incredible story and life journey of Eva and how she touched so many people’s hearts and lives.”

And Hernandez added, “I wish for the audience familiar and unfamiliar to the show, come with an open mind and open heart and get ready to be thrilled because this cast has exceeded my expectations of what this rewarding experience would be.”