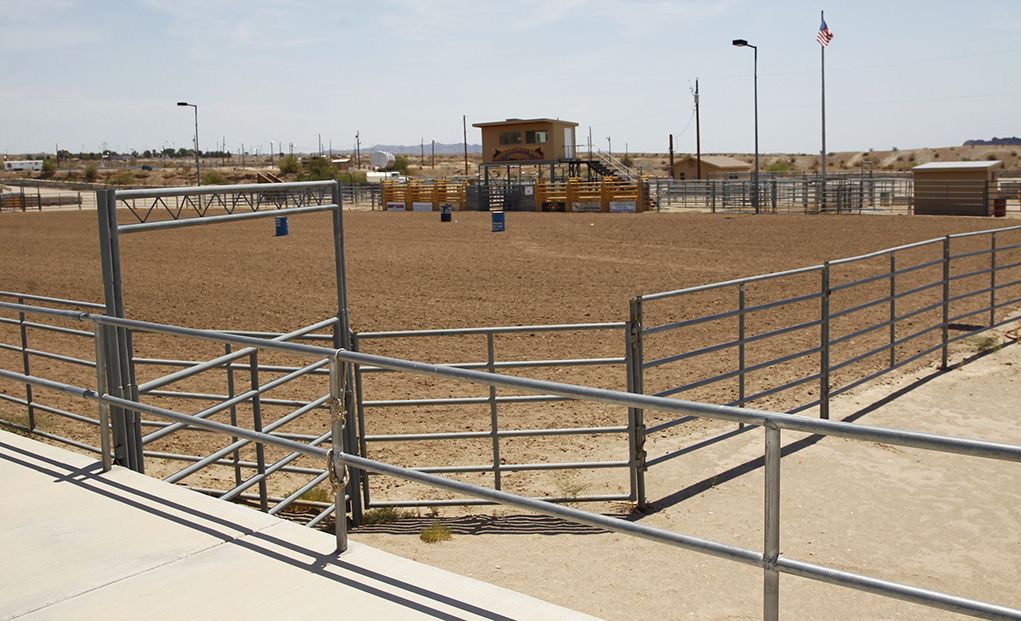 Off State Route 95, nestled within the mountains and trails of SARA Park, lies the Lake Havasu Rodeo Grounds. The brainchild of long-time locals Dub and Dottie Campbell, it’s easy to find the grounds – simply turn off the highway onto Dub Campbell Parkway, and then turn onto Dottie Way. 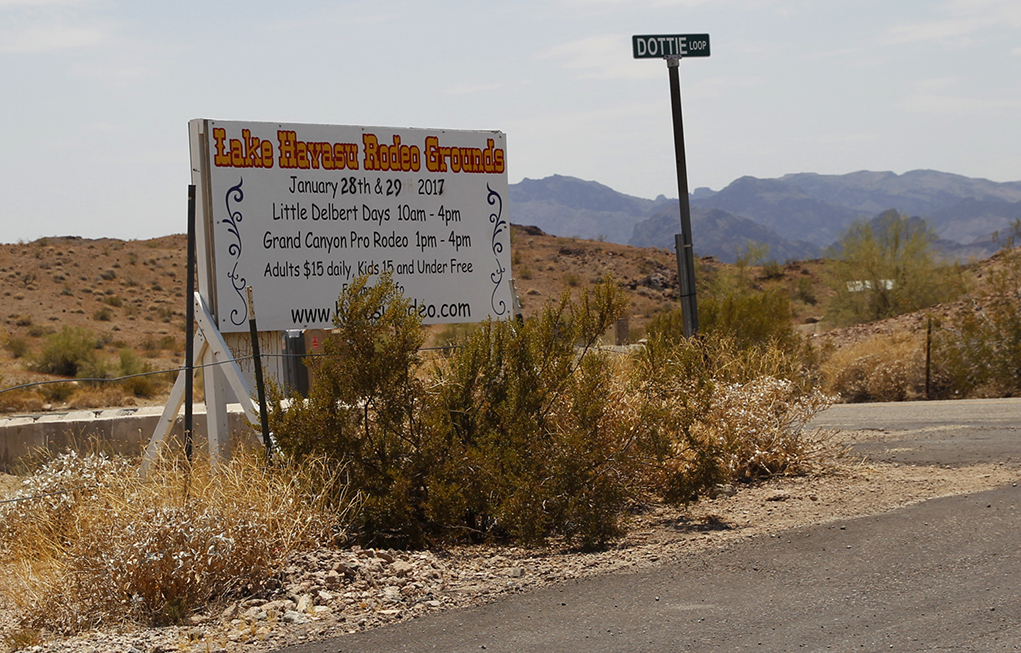 The turnoff sign within SARA Park for the Rodeo Grounds. Jillian Danielson/RiverScene

The grounds consist of a large parking lot, main concourse for food and beverage services, restrooms, a multipurpose building, grandstand seating for more than 1,000 people and two full rodeo arenas. They also have swing sets and a large “sand hill” for children to play on. The grounds even have a Wi-Fi service available for purchase during events.

“It was built as a rodeo grounds, but we host all kinds of different events,” said Sandi Nagel, daughter of Dub and Dottie. “Once the season hits, I think we only have four weekends open.” 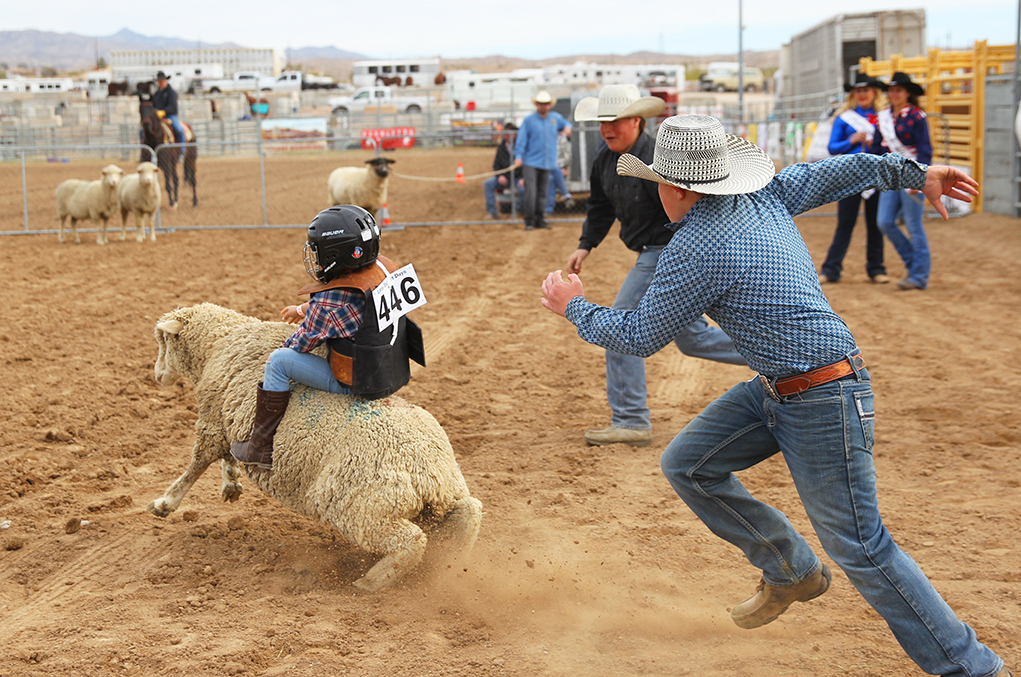 A cowboy chases after Ryliegh Mytinger during the Mutton Bustin Saturday morning. Mutton Bustin in one of the events held during Delbert Days. Jillian Danielson/RiverScene

The rodeo grounds are managed by the Friends of the Fair, which consists of a board of people, and only have three events of their own: the famous Delbert Days rodeo held in January, a Gymkhana barrel racing series which runs October through March, and when the grounds open to campers during the February Western Winterblast Pyrotechnics show.

“We raise money through those events and it helps us build on and maintain the rodeo grounds and allows us to host nonprofits for little to no charge,” said Nagel.

A crowd fills the stands at the rodeo grounds during the GCPRA Rodeo. Jillian Danielson/Riverscene

Future improvements to the facility include the building of a large stage, which will be ready for the upcoming season and improved lighting in their main concourses. They have hopes of one day expanding their grandstands and adding lights to be able to hold night events.

Dub and Dottie have laid down deep roots in Lake Havasu since their arrival in February of 1965. They have five children, Sandi, Tami Atwell, and Chip, Joe, and Andy Campbell, 12 grandchildren and soon to be five great grandchildren.

“It was always my dad’s dream to leave this, the rodeo grounds, as his legacy to the city,” said Nagel. “He’s a cowboy at heart.”

The rodeo grounds are just one of many different hidden gems within SARA Park, and this is the beginning of RiverScene Magazine’s series on the park. Stay tuned for more Exploring Havasu features on all that SARA Park has to offer. 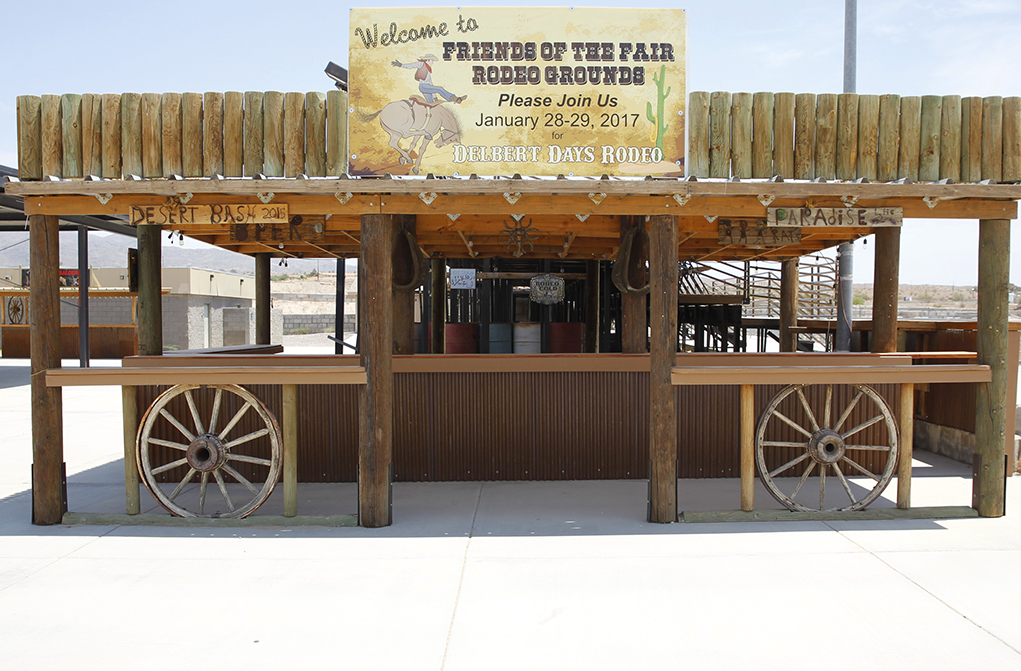 A bar area is available at the Rodeo Grounds during events. Jillian Danielson/RiverScene 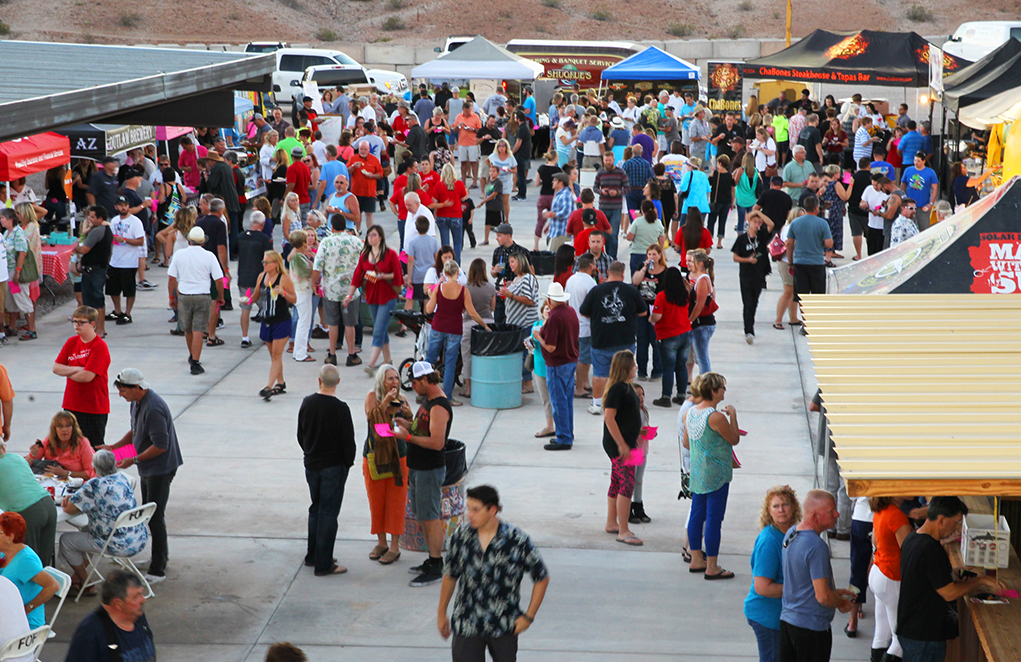 The Friends of the Fair host many events and fundraiser, including Taste of Havasu at the Rodeo Grounds. Jillian Danielson/RiverScene