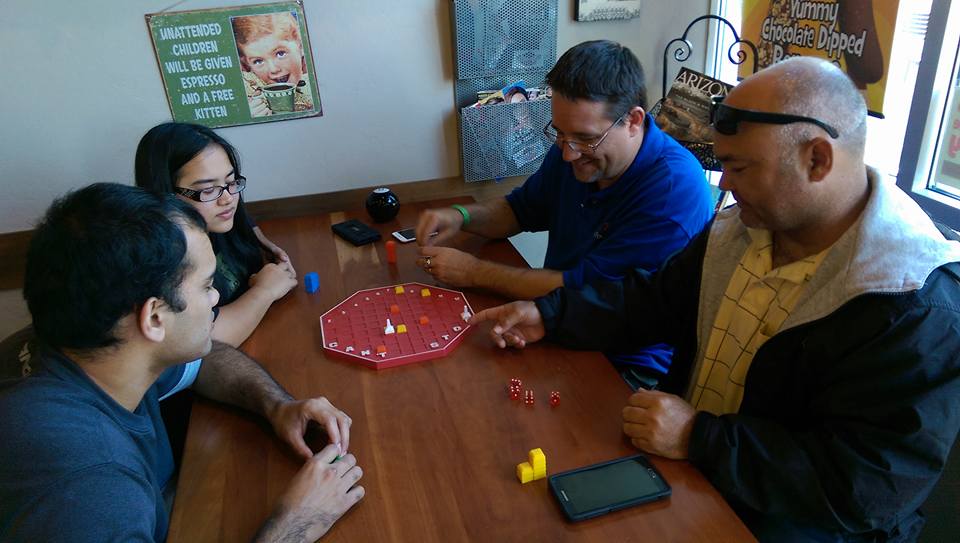 Gamers of all ages, get ready to play for a cause. This November, The Purple Griffin is hosting the 3rd Annual Extra Life Event Game Marathon at Social Bean at the Shops at Lake Havasu. The event is a 25-hour gaming marathon with proceeds to benefit  the Phoenix Children’s Hospital.

The international 25-hour gaming marathon began in 2008 when a high school cheerleader and avid gamer fought and unfortunately lost her third battle with leukemia. Before she died, she gave her games to other patients in the hospital and played with them as a way to give hope to other children in a similar situation.

Those around her kept the spirit of love and pediatric recovery alive, starting the Extra Life yearly gaming marathon. Now, what started with 1,200 participants is now a coast-to-coast event with millions of participants and more than $30 million dollars raised. When a team participates in the event, they get to choose which hospital under the Children’s Miracle Network umbrella they wish to see their raised funds distributed. 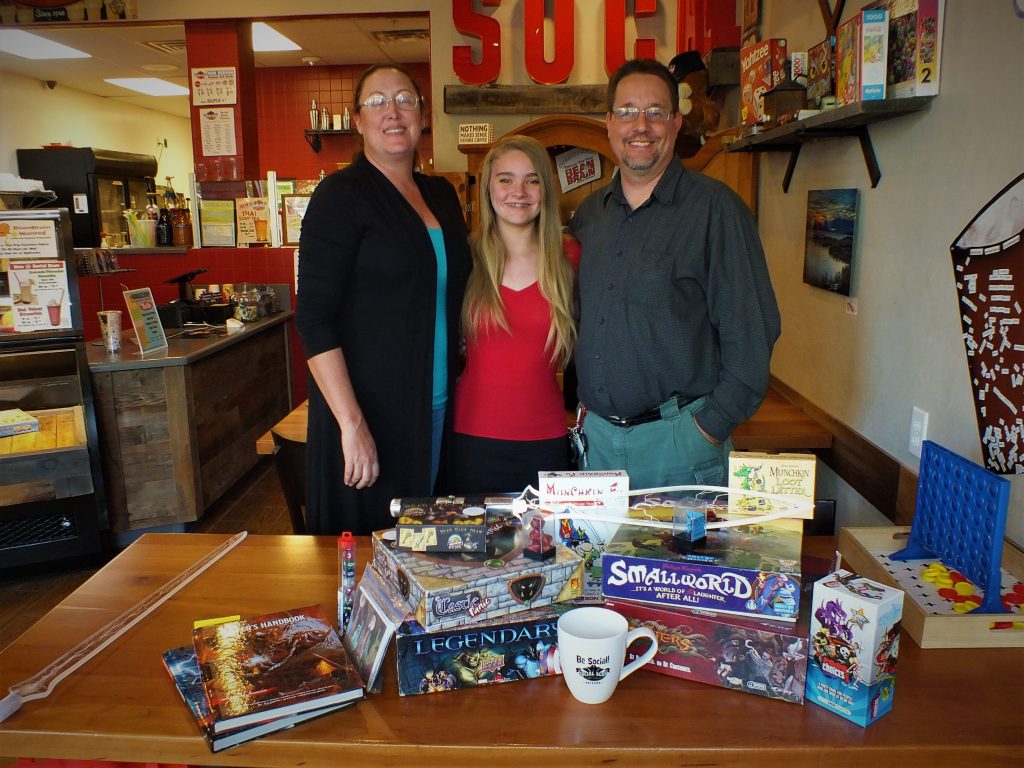 The Children’s Miracle Network Hospital and the Phoenix Children’s Hospitals are nonprofit hospitals that are aimed at treating children who suffer from any illness, injury and assists with the family’s financial situation. The organization also focuses on hospital costs, community awareness and medical research in pediatrics.

For Drake and Julia Finney, the Phoenix Children’s Hospital saved both their daughter’s and their nephew’s lives. When watching an online streaming  video game stream on Twitch about the national fundraiser for the Children’s Miracle Network, they knew they wanted to be a part of this event to give back to those that kept their family together.

“Drake watched the video and was so moved. Our daughter, Sadelle, is also a cheerleader and a gamer. The Phoenix Children’s Hospital saved our nephew and daughter. When Drake asked if I wanted to do this, I was in.” Julia Finney said. “We all have our own personal reasons.”

This will be the Finney family’s 3rd year as hosts of the event. Originally at Hastings Entertainment Store, the event has now moved to the Social Bean coffeehouse at the Shops at Lake Havasu. Previous years have seen an average of 25 to 30 participants, but they Finneys hope to have a larger turn-out this year. 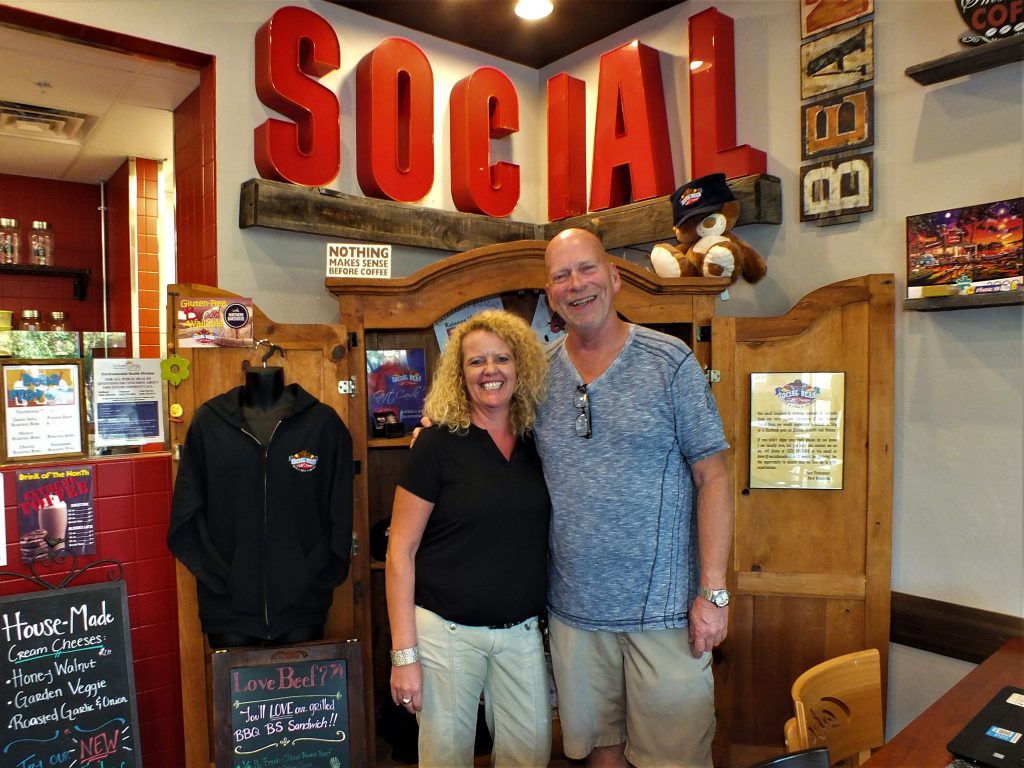 Rhonda Tuomela and Dave Tisthammer of the Social Bean will be making food and drink all day and night for eager gamers. Grace Usher/Riverscene Magazine

Why 25 hours? The date of the event falls on the transition of Daylight saving time for other states so the extra hour is to compensate for the time change.

The Finneys bring their designer board and card games including The Others, Dungeons and Dragons and demo premieres of brand new prototype games. The Social Bean will have classic board games of their own. Gamers are encouraged to bring their own games as well. The night is not only to celebrate life and health, but to let those who may have never played these types of games a chance to try  something new.

The players even donate more dollars to change unwanted moves, re-roll a play, or get an “extra life”. 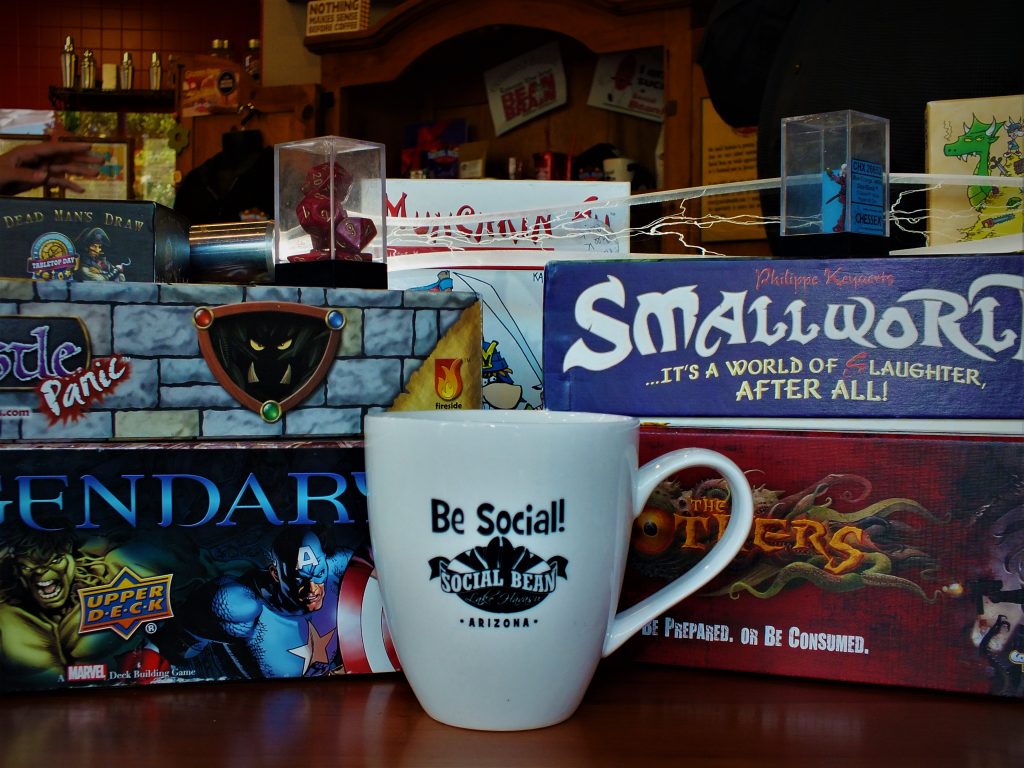 “We once saw a brother and sister have an $80 argument about a move. At the end of the battle, they go ‘Well, it’s for the kids.’ That’s what it’s all about” explained the Finneys.

In addition to tournament sign-ups and prizes throughout the night, there will be a nationwide raffle for a custom designed acrylic blade from Ripper Blades. Made specifically for the Extra Life event, the one-of-a-kind blade is a treasure for fantasy lovers, gamers, and those who want to remember the night where game meets give. 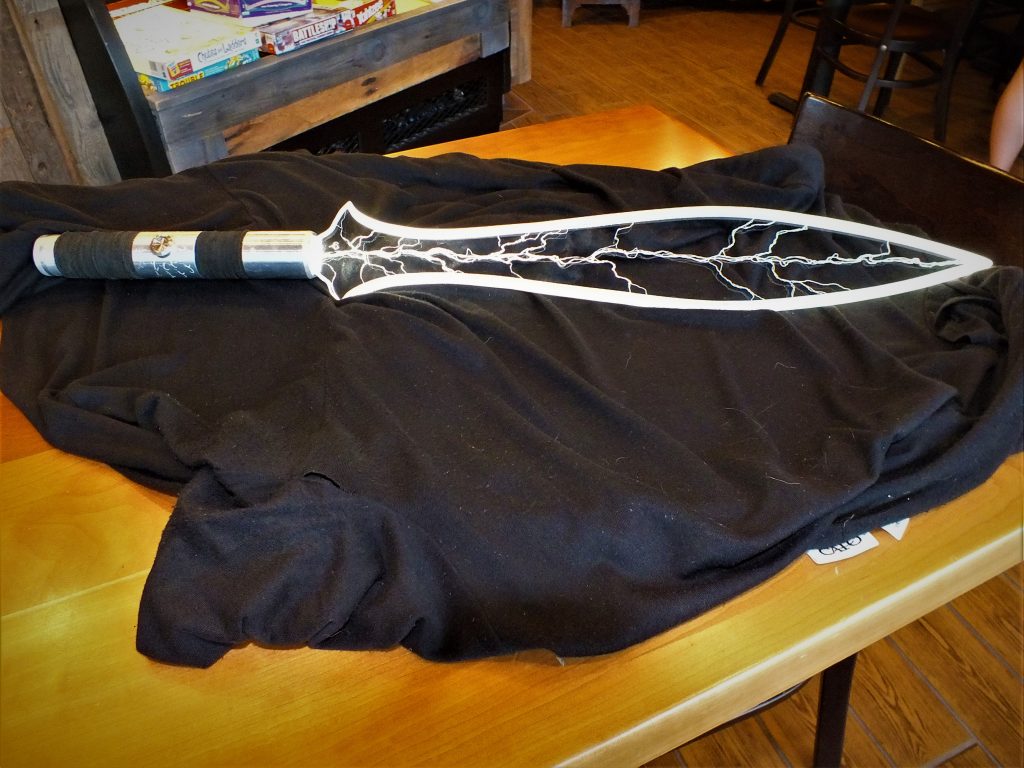 “It is not just the video and board games specifically. Some play football outside somewhere, some played guitar, some even played games on their phones. Its whatever you want to do. Participants can even play at home and bring donations before and after the event” Drake Finney said.

From Nov. 4 at 8 a.m. through Nov. 5 at 9 a.m., participants can come to the Social Bean and pledge $1 per hour of play. If a participant is under 16, a parent/guardian must be accompany the player for the duration of their attendance. Before the event, participants are encouraged to have friends and loved ones match their pledges to increase donation. All donations are tax deductible.

As the night progresses, the goal is for more participants to join and reach the ultimate goal of $2,500. All participants should note that cash/check only will be accepted at the event. 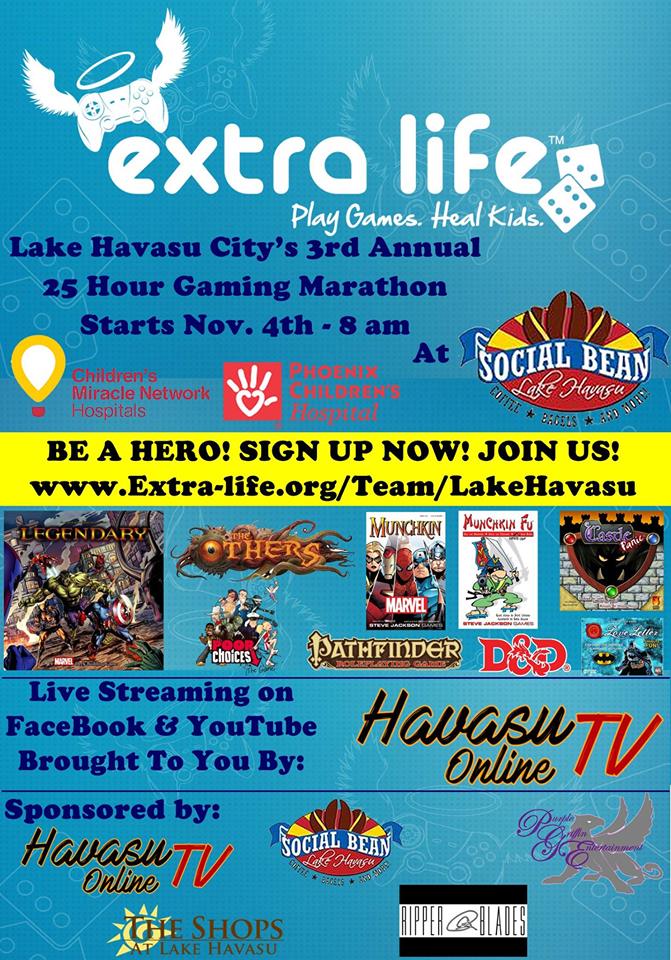