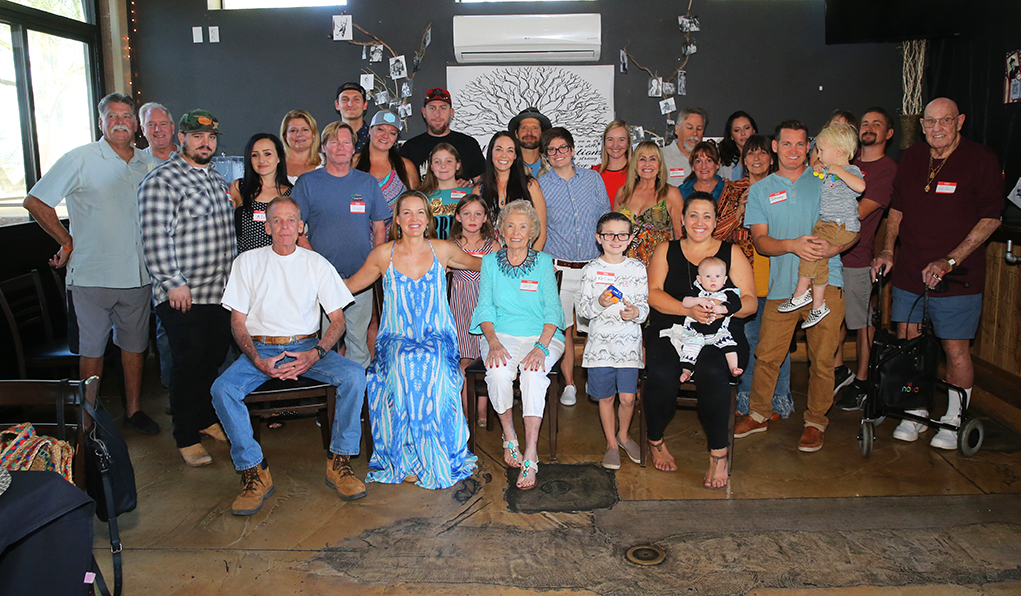 In a large side dining room at College Street Brewery, activity swarms around the tables as Deborah Darrow Ford and Sally Darrow lead the effort to ready the space for a once-in-a-lifetime family reunion, the kind of gathering that is usually reserved for the movies. 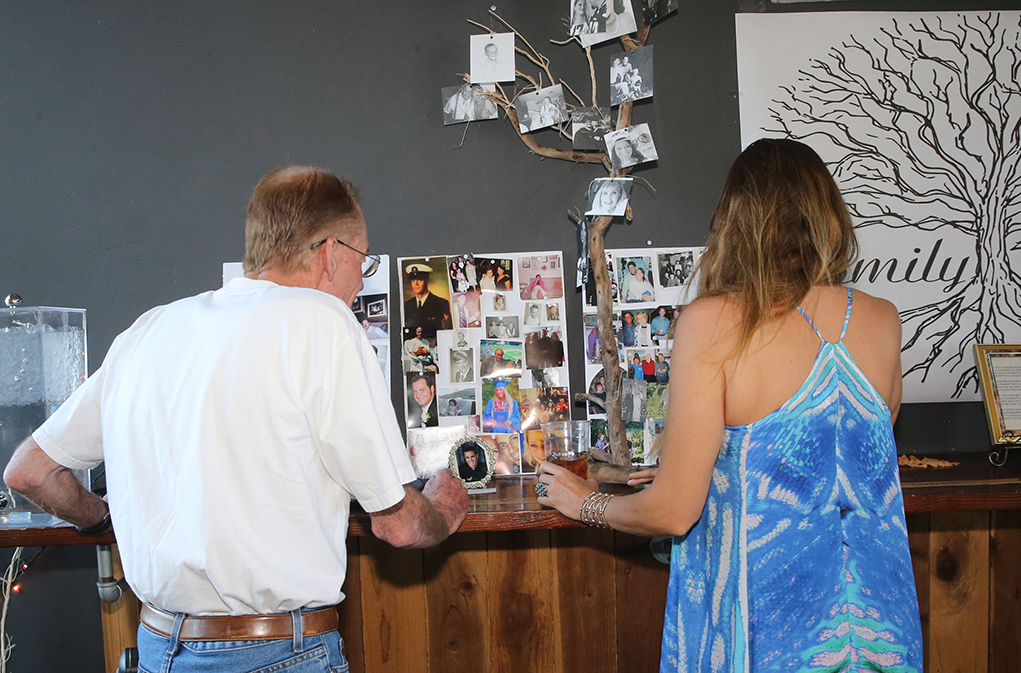 Joie Jager and her biological father, Ray Darrow, look over family photos as he tells her who is who in the photos. Jillian Danielson/RiverScene

The tables are adorned with pictures of the family deliberately placed. Nearby, a family tree is carefully put together with artistic craftsmanship using real branches.

People are bustling around and conversation bleeds together in a low excited hum, as if awaiting something spectacular.

In 1970, Darrow’s then teenage son, Ray, and his girlfriend had a child. As with so many who find themselves too young to properly care for a baby, they made the heart-wrenching decision to place the baby up for adoption. That baby was Joie Jager.

Jager recalls, “I found out I was adopted when I was 9, but it didn’t faze me at all, and then as I got a little older, after graduating high school, my sister married a guy that was adopted. So, she was like, ‘We should try to find your family.’ But there was no 23andME or ancestry.com back then.”

That prompted Jager to try through the state in which she was born. “We tried and I got denied because in the state of California, all the records are sealed.”

“So, several years ago, I did 23andMe and the only person on there was another adopted second cousin. He was about 15 years older than me and we both were like ‘Where are these people?’ Finally, a few years later, some third cousins from my grandmother’s side of the family in Maryland saw my story on 23andMe and said ‘I think we can help you,’ and suggested I go on ancestry.com, but I just never got around to doing it,” Jager said.

A Match Is Found

Finally, luck would strike. Jager said, “About a year later, on Valentine’s Day of 2019, I was sitting at home and I got an email from him and he said, ‘Can I call you?’”

Jager remembers the following words to this day. “‘I think I found your paternal grandmother. She’s 86 years old and she’s living in Lake Havasu, Arizona.’” 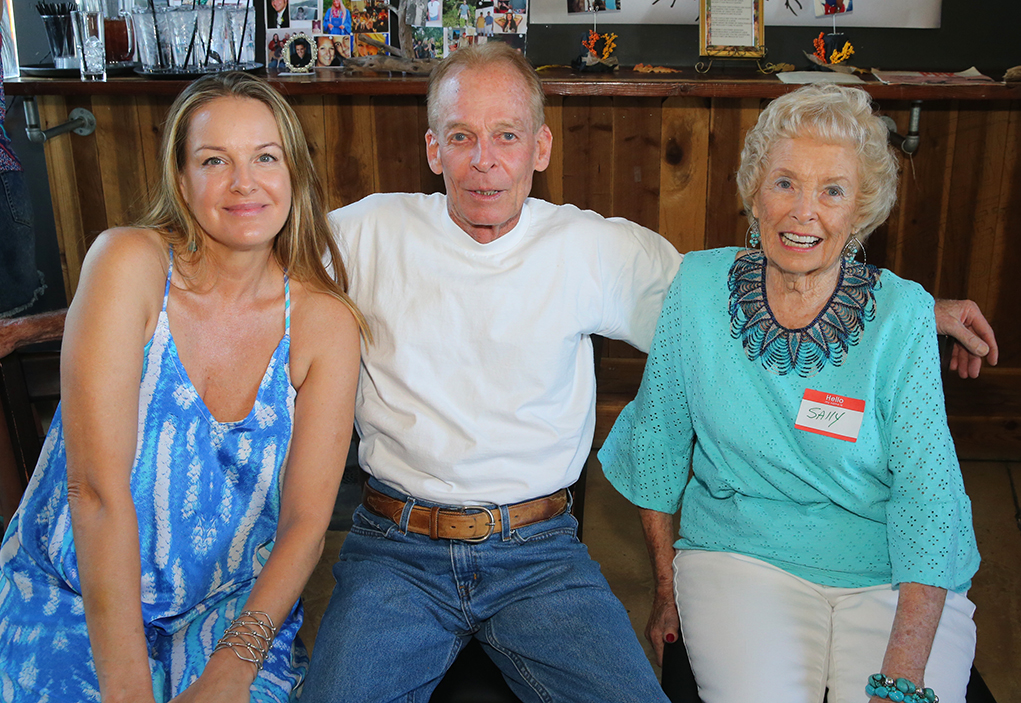 He quickly forwarded a snap shot of his conversation with said grandmother, as well as the email and phone number. Last year, Sally Darrow’s DNA test was processed, providing the link Jager had been searching for.

Things progressed quickly for Jager. “Within a day, we were talking, and that’s how I found everything out and it just went from there. We tried scheduling this reunion since then, but I was living in Florida, so I was quite busy and everybody was busy and we finally got it all together now, and now we’re here.”

Ray Darrow, Jager’s biological father, remembers 50 years ago being a frightened teen and an expecting father. “I was scared and trembling, but to come full circle now, it’s been the happiest time of my life.” 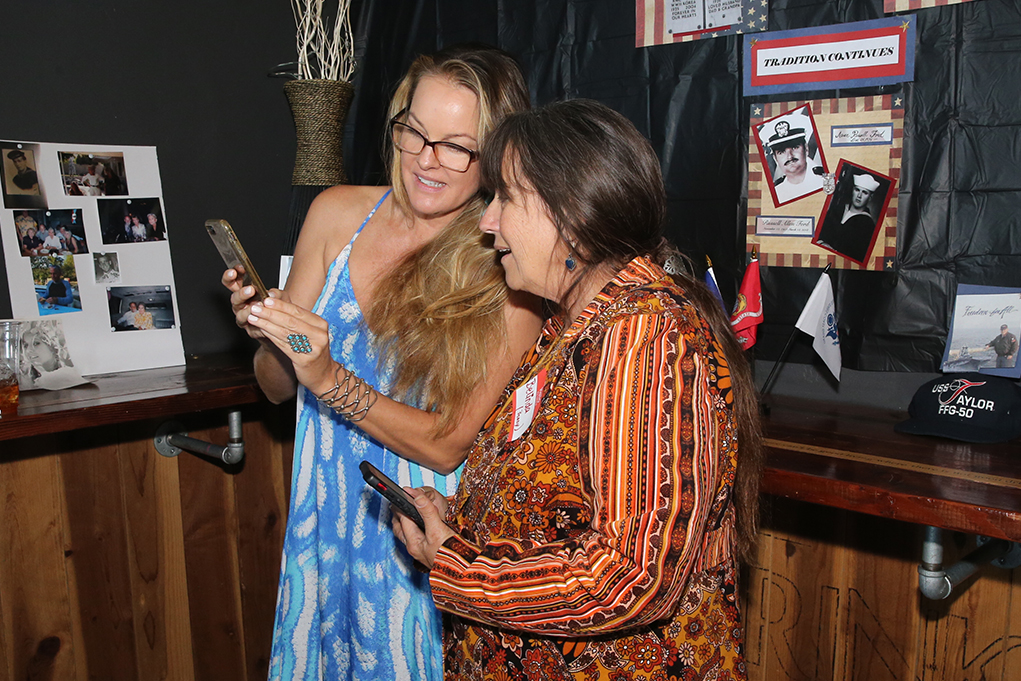 More In Common Than Just Blood

When asked if they have noticed any similarities, Jager excitedly answers that, “The first thing he asked me was if I ate meat and I was like, ‘No! I never liked meat.’” Her father interjects, “I let her know I was a vegetarian when she was conceived.”

Jager follows up, “So funny! And I grew up with beef eating crazy people that were making beef every day. And then, I’ve always loved the water and surfing and the ocean, and he was a big surfer and I love music and he loves music. We both like Freedom Rock.”

A Weekend Of Family Bonding

The Darrow family spent the past weekend together, visiting all over Lake Havasu. And in Jager’s case, getting to know each other. But the nearly 30 individuals coming together at College Street was a special treat for the family, some traveling from several states.

When asked how Jager felt about the reunion of meeting more then 30 new relatives, Jager said, “Some of the family I met last night, some of them I met two days ago. So it’s been incremental and not just bam all at once, so it’s been great. Everything is so great.” 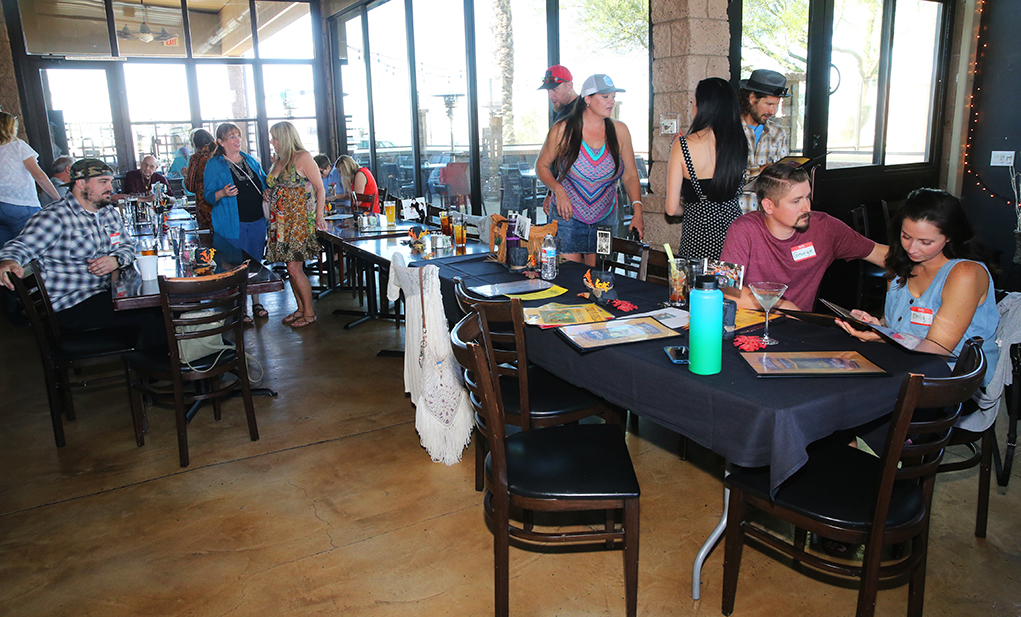 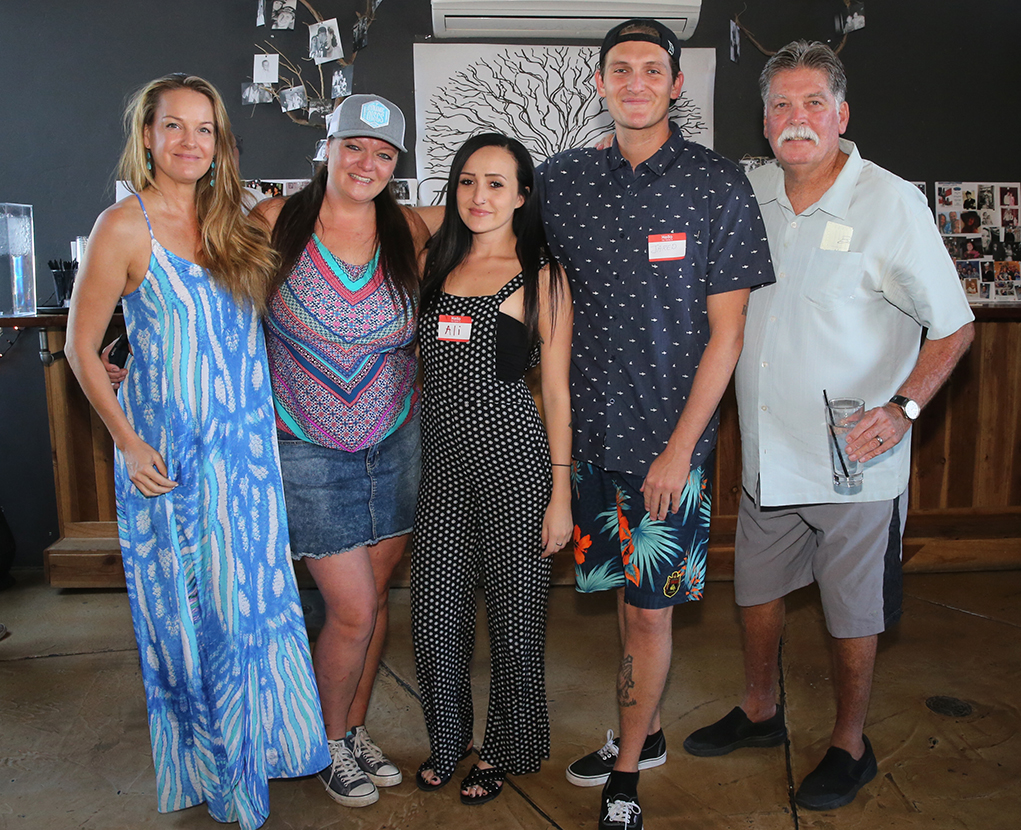