Fishing For A Chance At Nationals 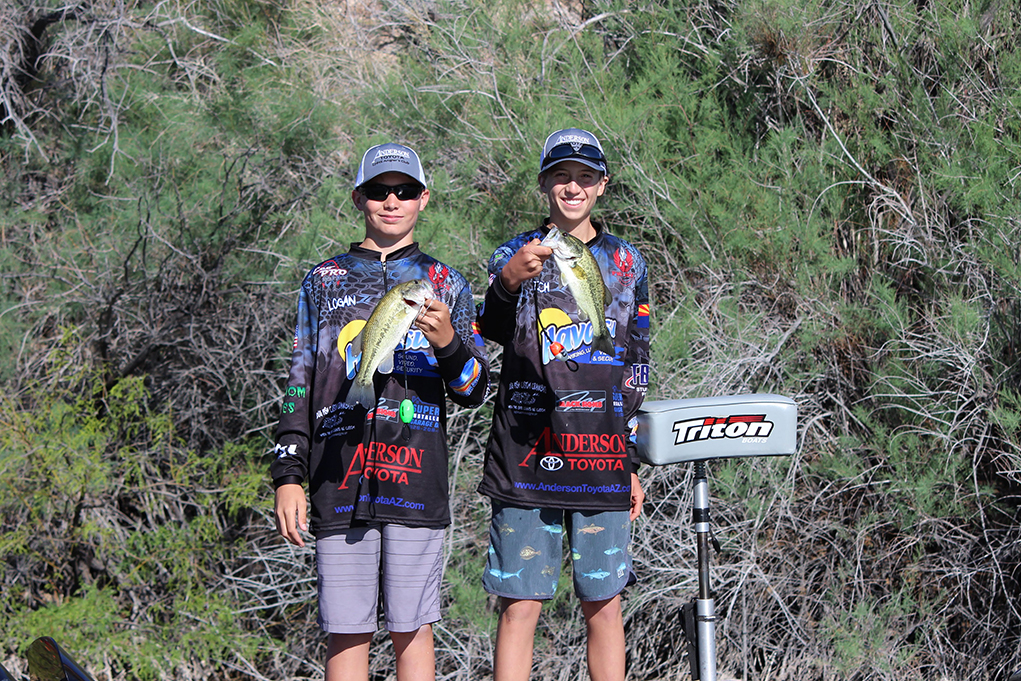 Early in the morning April 13, 16 teams representing high schools from the Phoenix area, Yuma and Lake Havasu City took to the water in hopes of earning a spot in the Student Angler Federation (SAF) High School National Championship competition in June.

The rules for this state championship competition are simple. Each team is allowed two anglers and one driver.

The only people allowed to catch the fish are the anglers, and the only person allowed to drive the boat is the driver. Most of the drivers for the teams at this level are the fathers of one of the anglers.

They are given the freedom to fish anywhere on the lake/river, however if it is posted “no fishing,” those areas are off limits. The only real stipulation is that teams must be back at the dock for weigh-in no later than 3 p.m. If they are late, they are penalized one pound for each minute and disqualified after 15 minutes. Teams are allowed five fish and the team with the most weight in total fish wins! 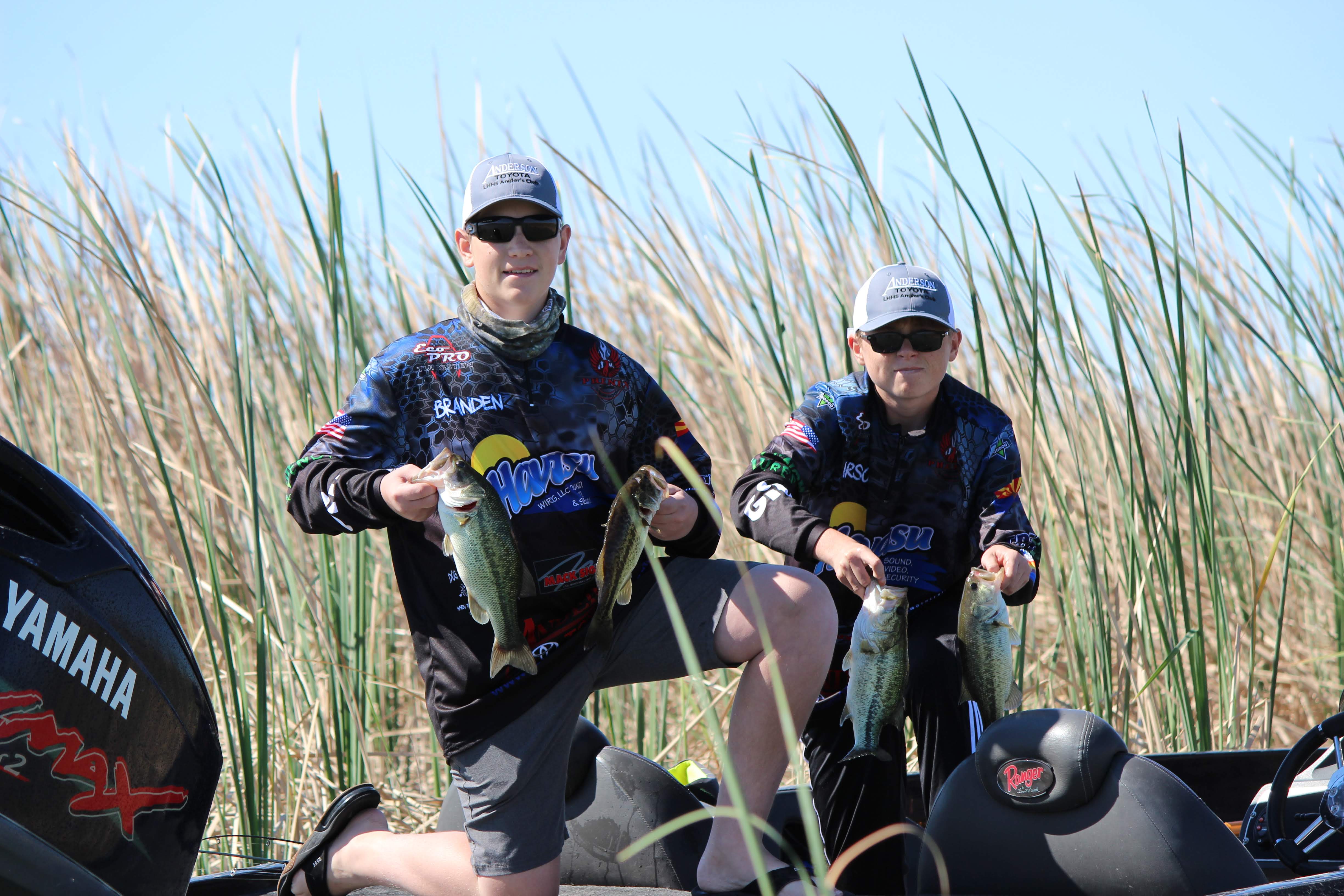 Lake Havasu High School had five teams entered in the competition. The club is advised by the husband and wife team of Meghan and Brian Ulmer. They have been leading the club together for six years.

The teams they guide are a young group but they are the most active group they have had since taking over the club. Many of the anglers have been fishing for years with their families and compete in competitions all over the country on their own.

The club meets on Fridays to discuss the movement of the fish they have seen while practicing, to share their “fish stories,” and come up with game plans to help improve everyone’s chances at catching “the big one.”

Practice can be tricky, but the anglers find ways to make it work. Sometimes they are able to hit the lake with their “drivers”, but often times they fish from shore. No matter where they are fishing from they are constantly on the look out for “the perfect spot.”

At 3 p.m., everyone met at the south dock at Windsor and the fish were weighed and the winners were announced. While the Knights were hopefull early in the day that they would earn a spot in the National Championship the teams fell short.

The winners of the tournament were the team of Nicklaus Romero (Prescott High School), Isaiah Rios (Paradise Valley High School), and Charlie Pounder who caught five fish for a total weight of almost 17 pounds.

Each of the teams caught at least four fish throughout the day. The club is so young the Ulmers are hopeful that the team will grow in the upcoming years and experiences like Saturday will make these young anglers a team that will be highly competitive. 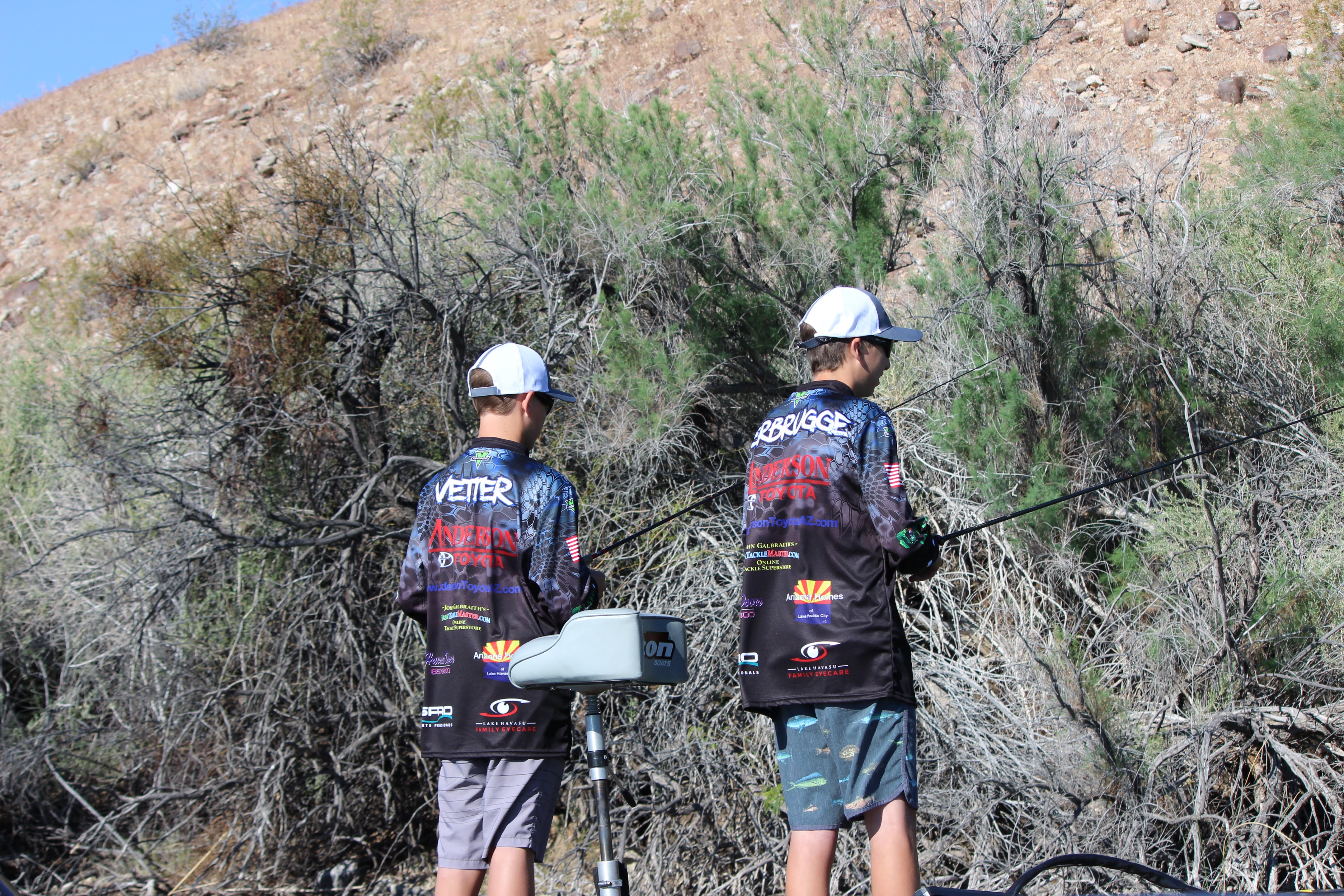