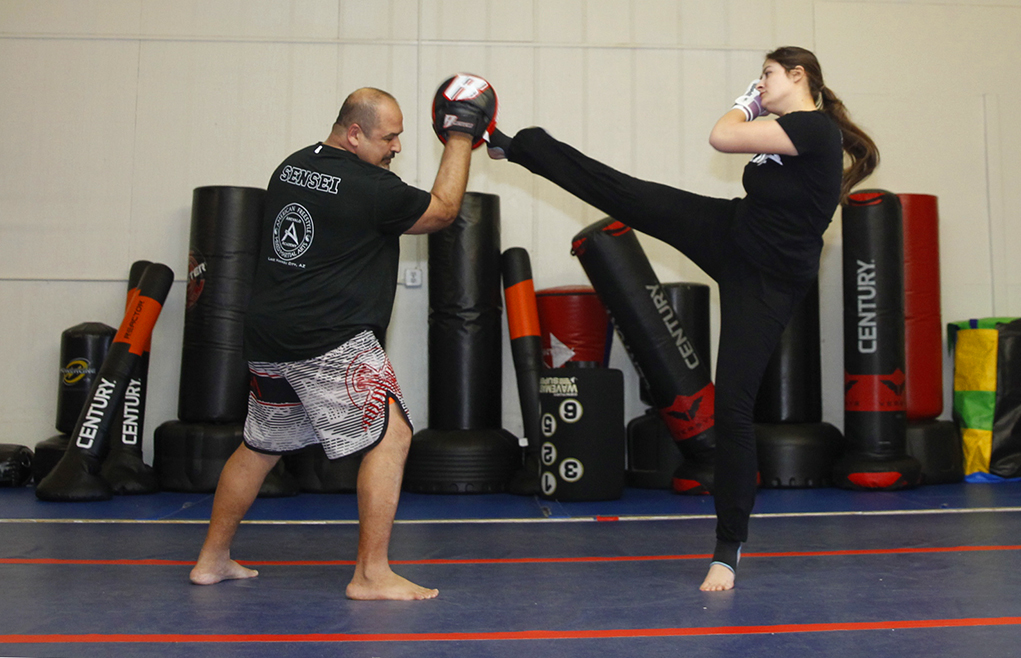 When Rudy Arevalo first moved to Lake Havasu City from Southern California, he hoped to “get to live where I used to vacation and get to work at what was a hobby.”

Now 13 years later, he has fully achieved that goal.

Arevalo began the Arevalo Academy teaching mixed martial arts when he arrived in Lake Havasu City. But his love for martial arts began much earlier.

“As a small child I was fascinated by Bruce Lee, of course,” Arevalo said.

Arevalo said that he formally began training in martial arts when he was 18 years old and quickly “became obsessed.” So much so that he shortly started teaching others, and even traveled to Thailand to study.

“I was kind of like a martial arts gypsy for a couple of years,” he said.

When it came to starting the Academy, he said he “wanted it to be different. It was mixed martial arts from the beginning.”

“I got a really good welcome from the community when I first opened,” Arevalo said. “Lake Havasu City has been very good to me.” 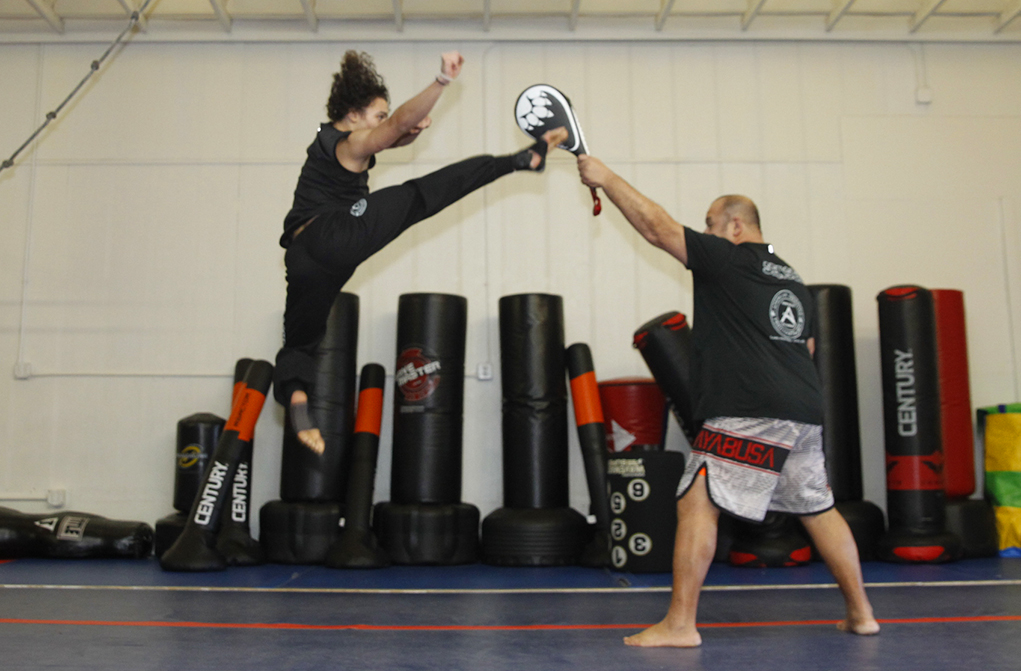 Over the course of his career he said he has trained, and trained with, a lot of different people, including competitors who went on to compete at national and international levels.

“It’s amazing that we’ve had so many people from our small area go on to compete at very high levels,” Arevalo said.

The Academy currently has more than 100 students, ranging from age 3 to “60-plus.” In addition to the kids classes, the Academy also offers adult training, competition and fitness classes. Arevalo said there’s often a waiting list for classes but added that he wasn’t considering expanding.

“It’s a good problem to have,” he said. “We are big enough to accommodate the needs, but also a good size for me to maintain a connection with all of the students. That’s really important.”

Arevalo said one of the biggest challenges the Academy faces is teaching people who are starting “from fitness level zero,” many of whom are young kids. He said many students who begin training today look much differently than students who were starting 10 years ago.

“We’re finding it’s very difficult to be as stimulating as video games and computers,” he said. “So many [physical education opportunities] have been taken away from kids in schools and that’s not the schools’ fault. But it creates a separation of health.

If awards are any indication, the Arevalo Academy is succeeding in that mission. The Academy has received the International Martial Arts Council’s School of the Year award for 2017.

“It takes a village,” Arevalo said. “I’ve always had such great support from parents and businesses and sponsors.”

In addition to Arevalo, the Academy has two other students-turned-instructors who teach classes. Arevalo also credits much of his personal success to his wife of more than 20 years, Lena, and his two daughters.

“I’m just thankful that I get to do what I love,” Arevalo said. “And I’ve been blessed to have a lot of good people around me.”

For more information about the Arevalo Academy, call 928-855-0505 or visit http://arevaloacademy.com. 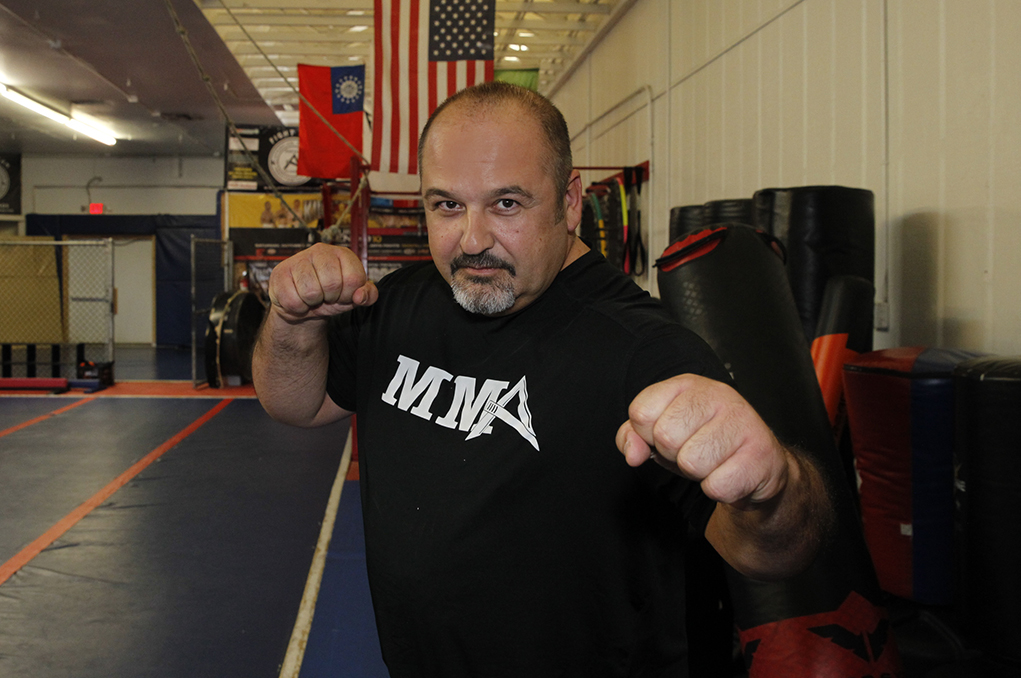 Rudy Arevalo poses for a photo at his academy. Jillian Danielson/RiverScene