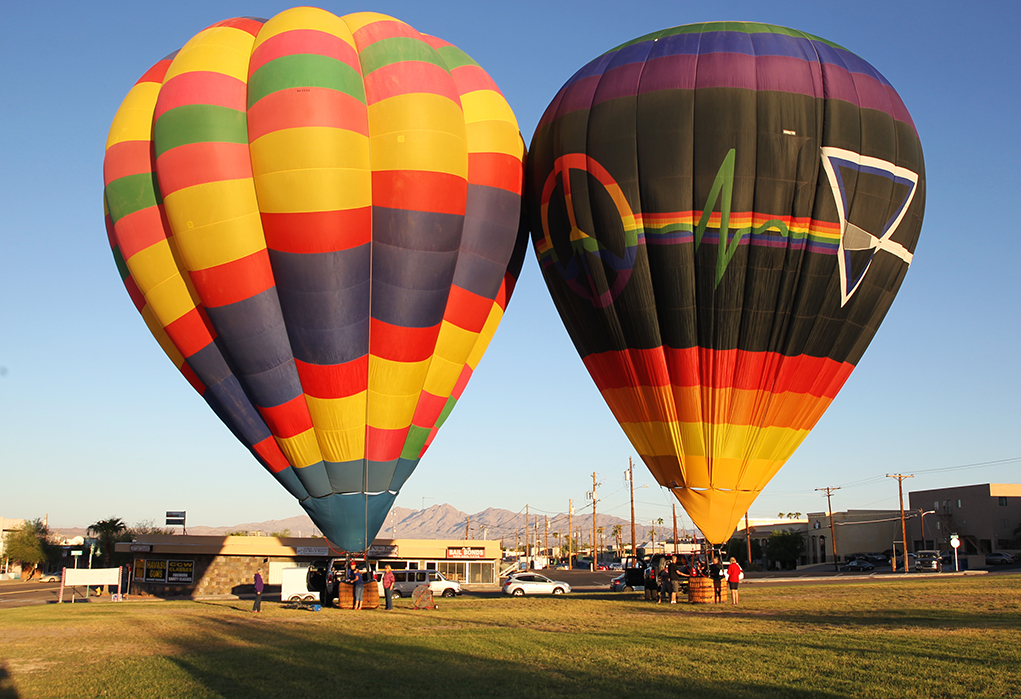 One of Lake Havasu City’s most popular and high-profile events, Havasu Balloon Festival and Fair, is a hot commodity with hot air balloon pilots, too. Organizers announced this week that five spots opened up with a response of at least 60 hot air balloon pilots vying for the coveted spots.

“Our festival here is very unique, no one wants to quit coming,” said Gary Moore, of Havasu, and past Balloonmeister for Havasu Balloon Festival. “Five spots opened up, there’s a few people not coming to Lake Havasu. We give first opportunity to continuing relationships with balloonists and good pilots.” 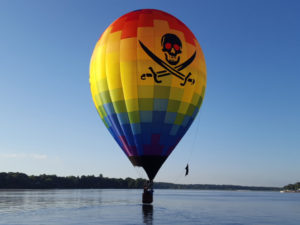 A balloon piloted by Larry Owen will be flying at the 2017 Havasu Balloon Festival. Photo courtesy Larry Owen

Havasu Balloon Fest organizers met this week in Havasu to draw the names of the five individuals selected to attend the upcoming event. They are Dexter Coffman, Maria Chieruzzi, and Jeff Gilles, all of California; Aaron Gebhart, of Iowa; and Larry Owen, of Illinois, according to Moore.

The tight-flying conditions with the city and its power lines, and boaters trained to help out on the waters of Lake Havasu during the event all make the event unique. The time of year – January – also makes it special, he said.

“We could make this event 130 balloons, but we’ve had 75 balloons for the last three years,” Moore said. “We’ve made money every year.”

The proceeds of the event are spread throughout the community to a number of nonprofits each year.

Both Moore and Dolan had family in town, which is what prompted the flight. With temperatures cooling, it makes for better ballooning. 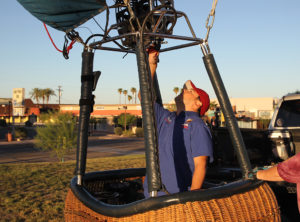 “The cooler it is, the better it is, there’s more lift for the balloon,” Dolan said. “In the summer it’s too hot. There needs to be less weight to fly. And, it’s just too hot packing it up.”

Dolan, a hot air balloon pilot of three years, said it’s the flying, the people, the family element, and the traditional toast upon landing.

“I love flying, I love being up there,” he said. “There’s a social side of it, too. You can’t do it alone, you need people to help. There’s champagne when landing and the kids can help do it.”

Moore, a hot air balloon pilot of 25 years, said it’s the travel, and the awe on children’s faces. 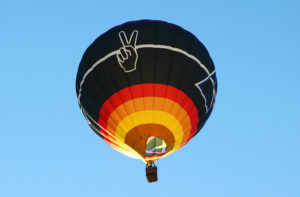 “I’m a travel enthusiast and it’s allowed us to travel a lot,” Moore said. Hot air ballooning has led Moore to pilot in 21 countries and in 40-50 U.S. states. “I’ve done special-shapes balloons and that’s given me the ability to travel to international events. There’s not many in festivals so it really has allowed us to see the world.”

The children, families and festivals are the draw as Moore piloted Kellogg’s “Tony the Tiger” special-shape balloon.

“We have a great time with the kids,” Moore said. 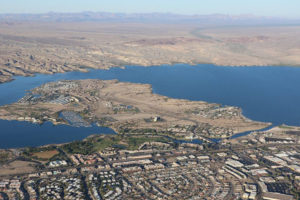 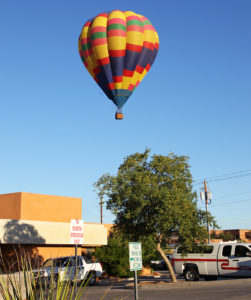