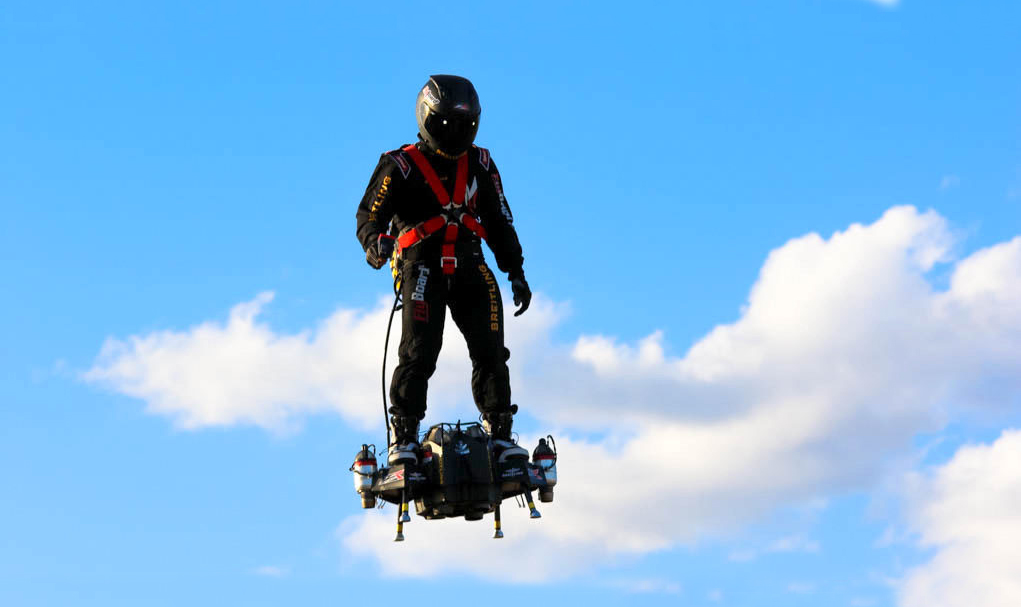 Look! Up in the air! What the heck is that flying over Thompson Bay?

Well, this week in Lake Havasu City, a man appeared to be propelled overhead with a jet-powered hoverboard.
People were asking who is the “Rocket Man?” And it wasn’t Elton John. 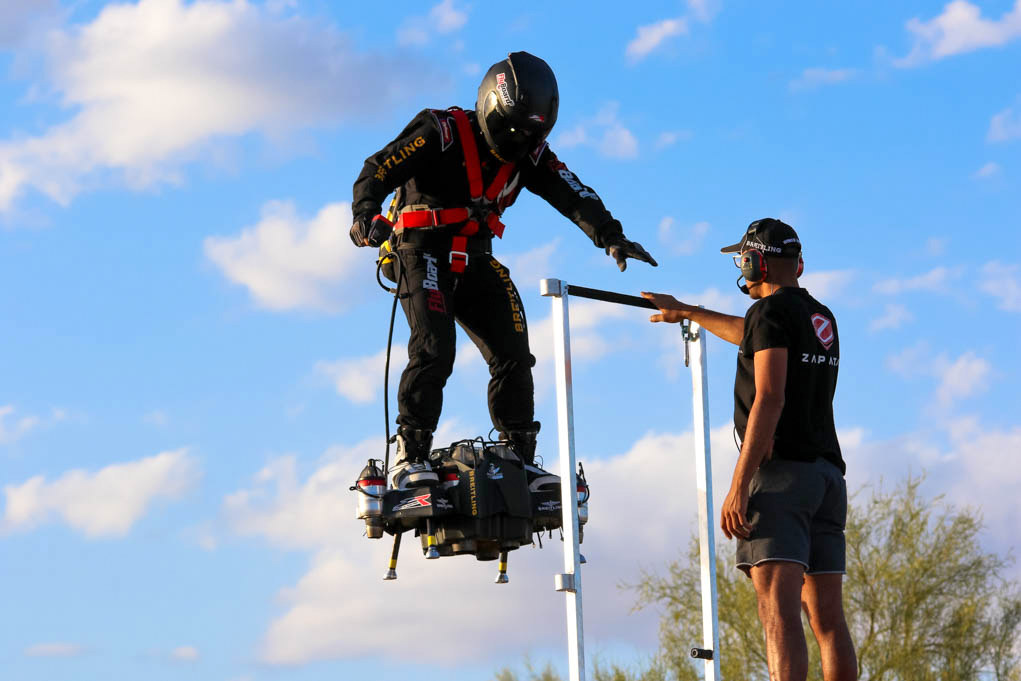 Franky Zapata comes in for a landing, after a morning test session. Ken Gallagher/RiverScene

Franky Zapata’s Flyboard Air has been in the works for almost four years, according to Franky Zapata’s Zapata Racing – the company behind the original water-powered Flyboard.

After the first prototype was completed, the build began on the present model. Four turbo reactor engines with 250 horsepower each power the Flyboard, with two separate turbines on the sides of the unit for stabilization, totaling a whopping 1,250 horsepower.

The throttle is controlled with a hand-held remote weighing 23 pounds, the Independent Propulsion Unit represents more than five years of hard work for a result exceeding all records, according to company information. 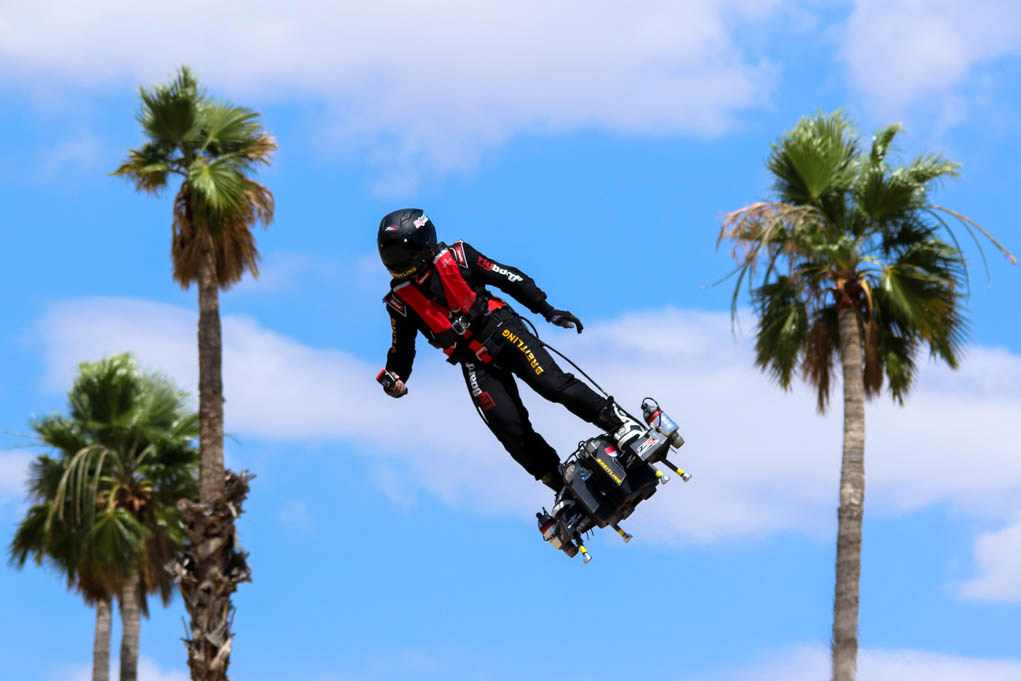 Autonomous flight up to 10,000 feet with a top speed of 93.2 mph with 10 minutes of autonomy has been recorded. A back pack with five gallons of jet fuel feeds the unit.

More information is available at https://flyboard.com/flyboardair.
Keep an eye out for Zapata flying around Thompson Bay, beginning at his base – Nicolas Rius’s Beach Shack https://www.facebook.com/beachshackrentals 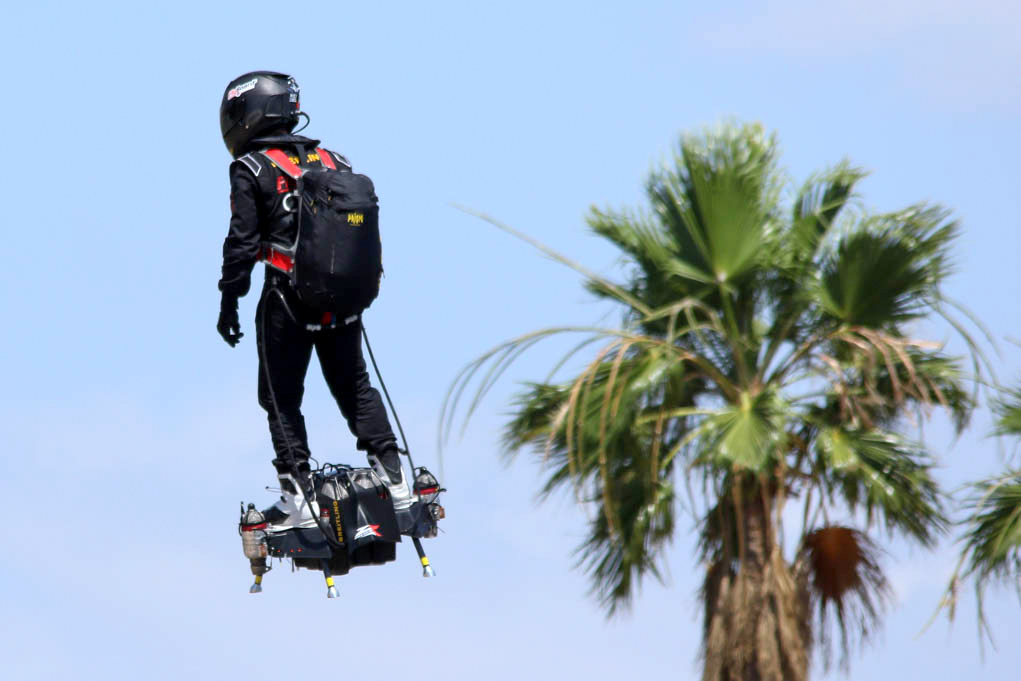 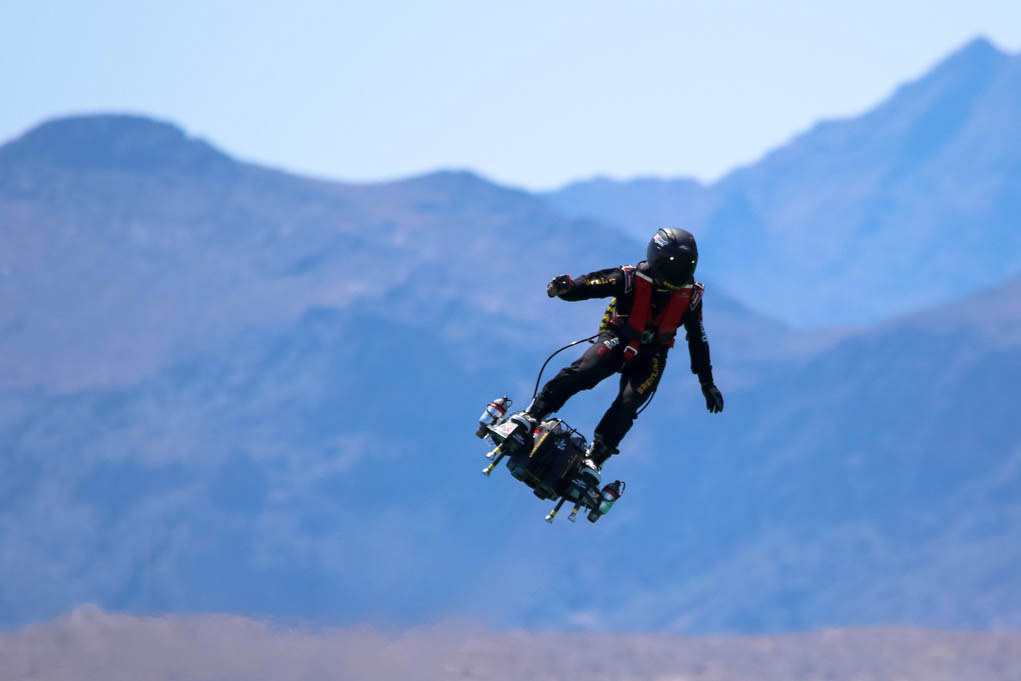 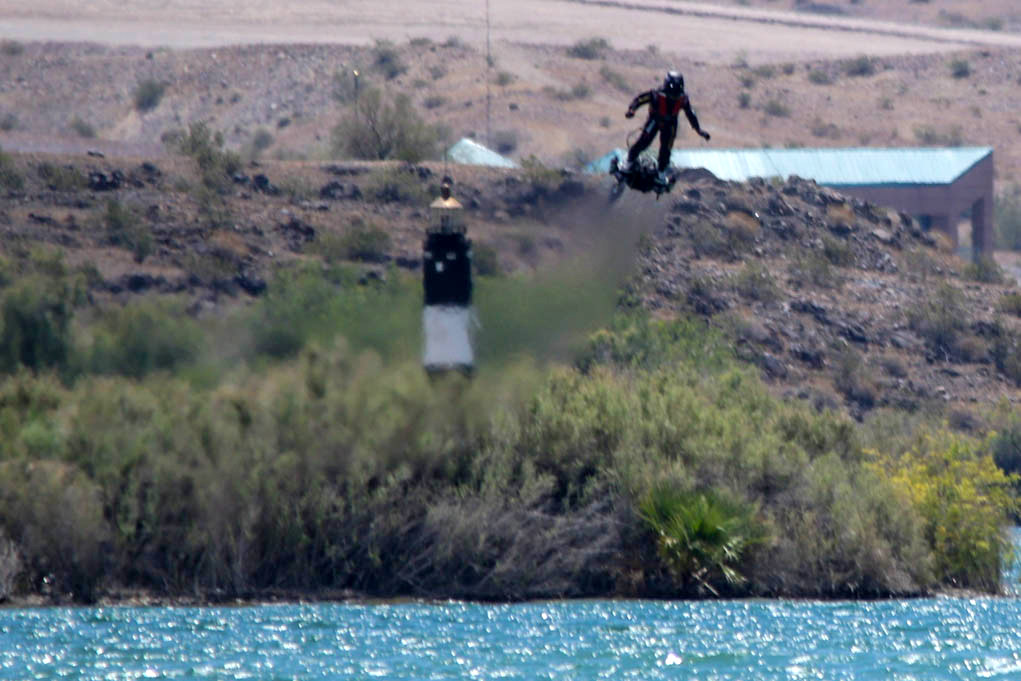 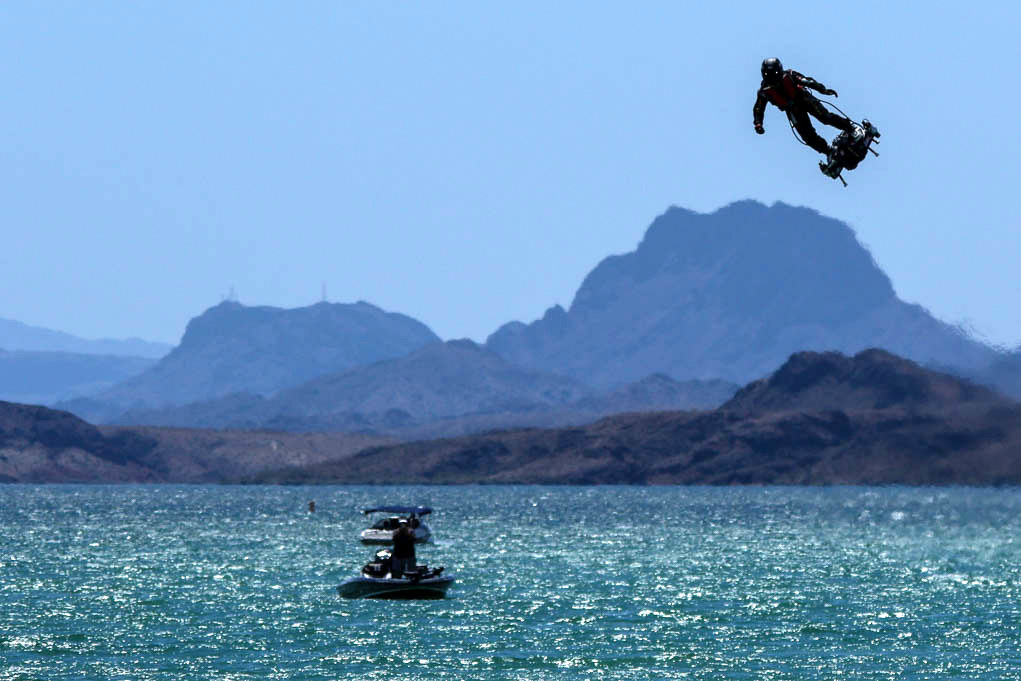 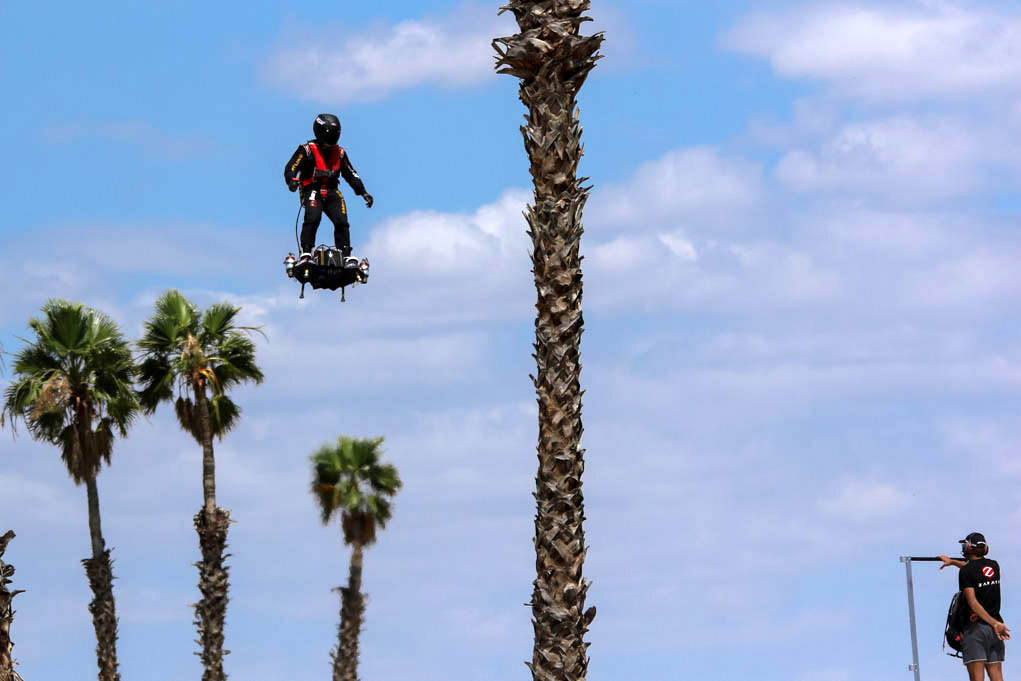 Franky flies back to base to refuel. Ken Gallagher/RiverScene 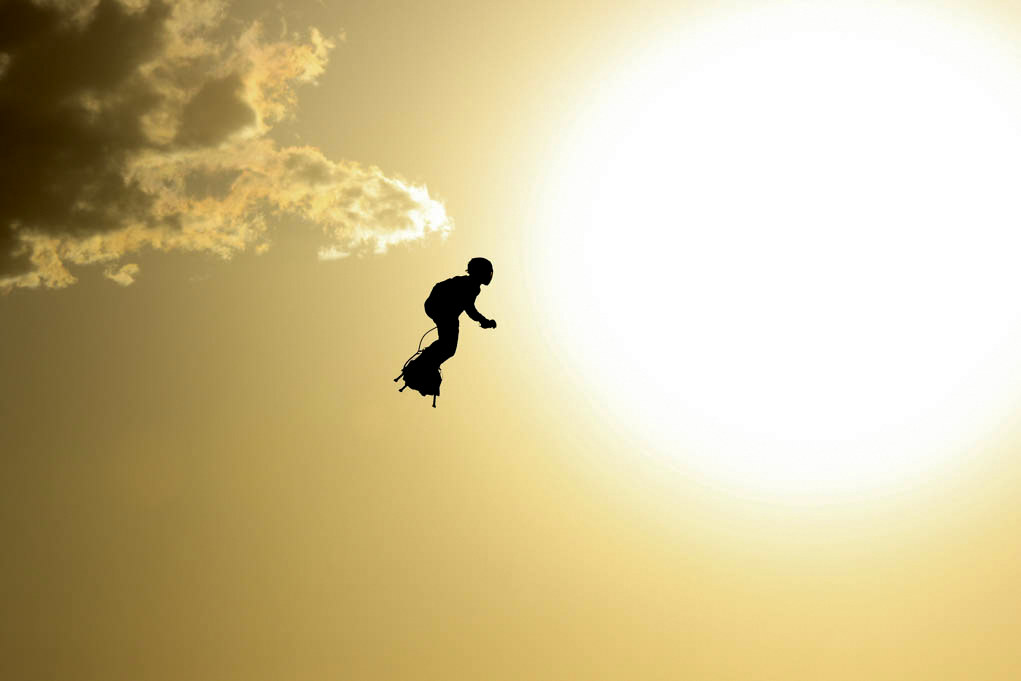 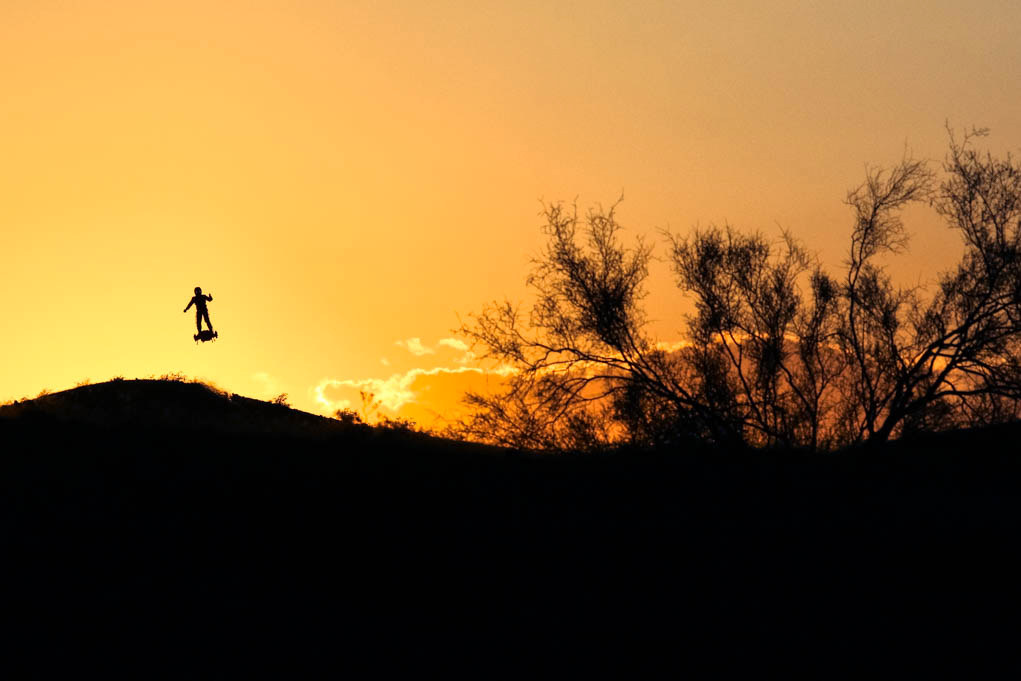 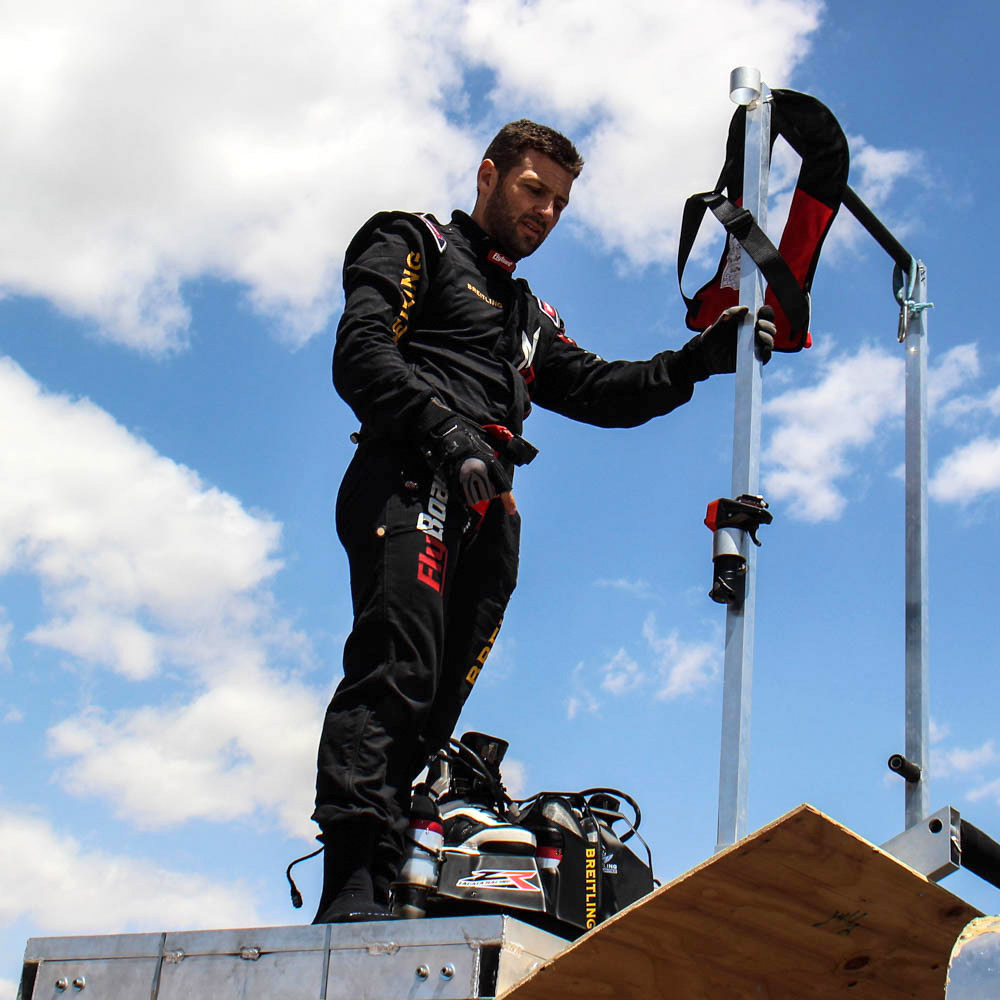 Franky Zapata, owner and inventor of the Flyboard Air, after some test passes around Thompson Bay. Ken Gallagher/RiverScene 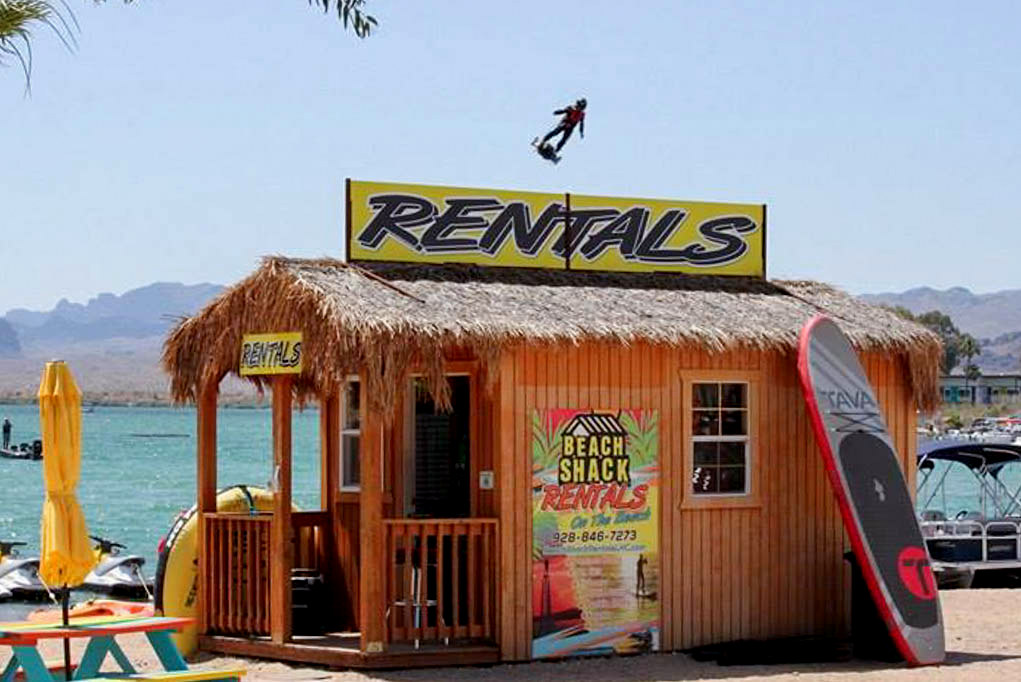 Base of operations for, Zapata Racings, Franky Zapata and his Flyboard Air, while in Lake Havasu. Ken Gallagher/RiverScene