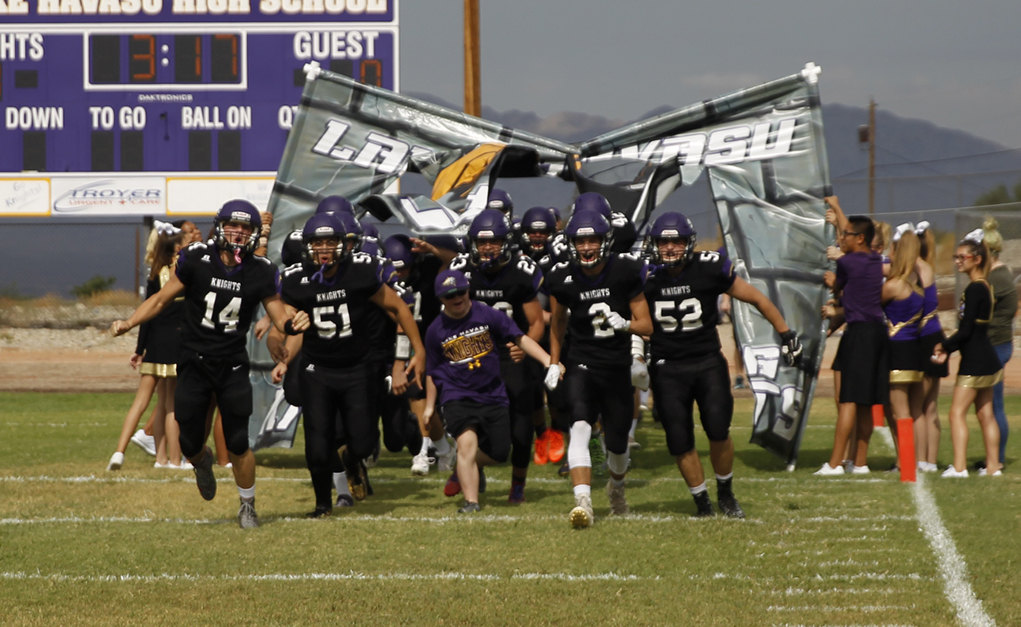 Saturday’s sporting events at Lake Havasu High School were nothing short of exciting.

The LHHS varsity football team got a chance to shine, even if the weather only let them shine for half the normal playing time. 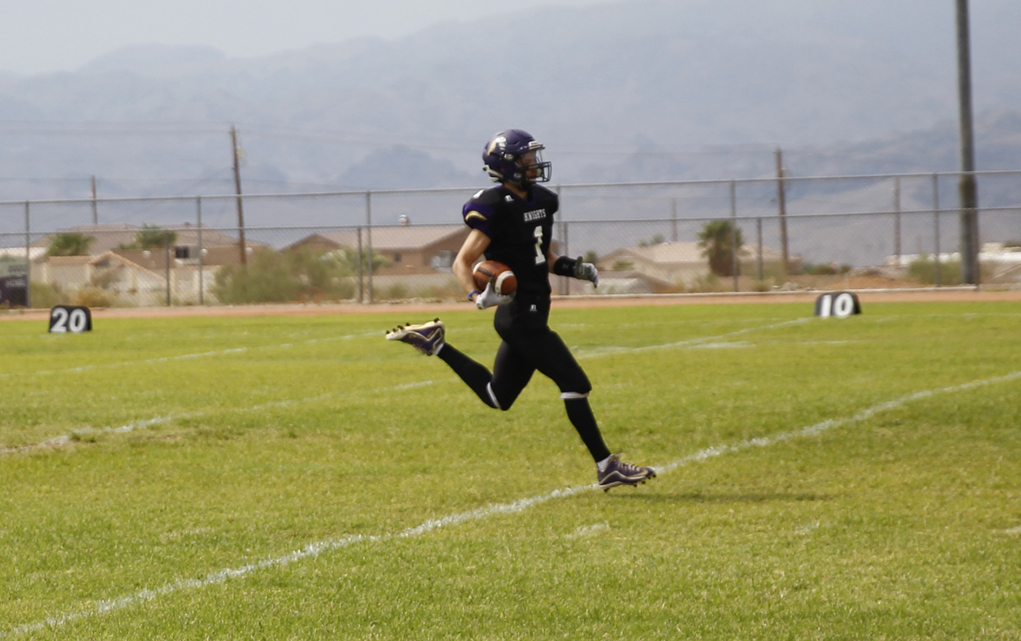 Jacob Schafer runs the ball down the field to make a touch down during the first quarter Saturday morning. Jillian Danielson/RiverScene

The team played an extraordinary first half in Saturday’s game, putting up 44 points against an underprepared River Valley team. Unfortunately weather caused the game to be called a few minutes into the third quarter. If the Knights continue the level of play they exhibited in Saturday’s beatdown, they’ll be riding a long road of success.

As for the girl’s volleyball teams, they played hard and had shown true examples of athleticism.

LHHS’s girls Volleyball team had done well in their series against Mohave, however, Mohave had taken the series by winning the third game. 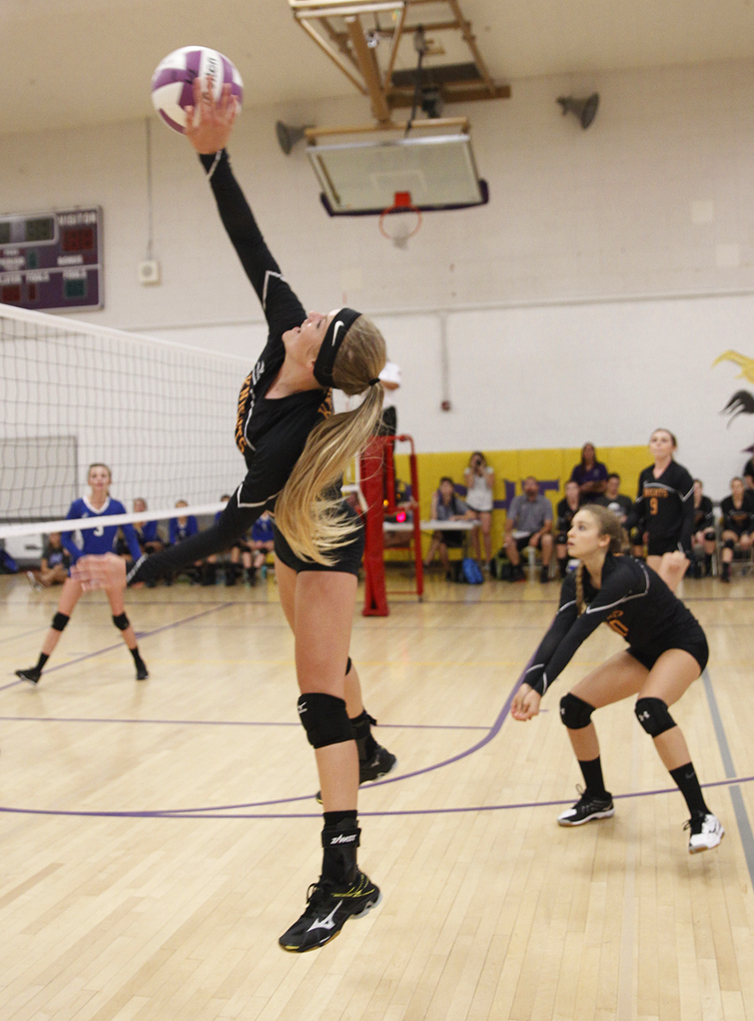 Another key player was Taylor Thompson, with an outstanding effort to keep the ball off the floor, providing excellent defense. Tatum Lisa was a component crucial to the team’s offense, as she knew just where to score and how, as well as executing the offensive plays. It is also more than worth mentioning that Terra Pierce was a force to be reckoned with in the middle.

When asked about the success of the season so far, varsity volleyball coach Kari Thompson had more than a few inspiring words.

“The success of the first half of the season has been led by a true team effort, hustle and competitive spirit. I want to continue to build the girls’ confidence,” she said.

It is clear that Coach Thompson has a wonderful vision for this team, and as long as the girls continue to succeed in the areas that matter the most, they will achieve more wins throughout the season. 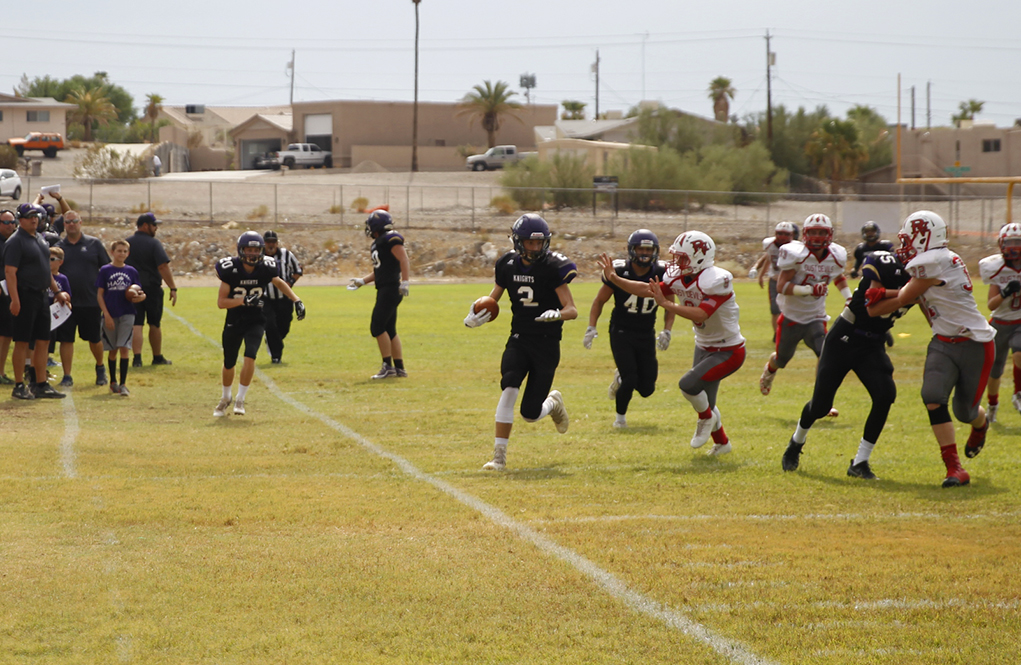 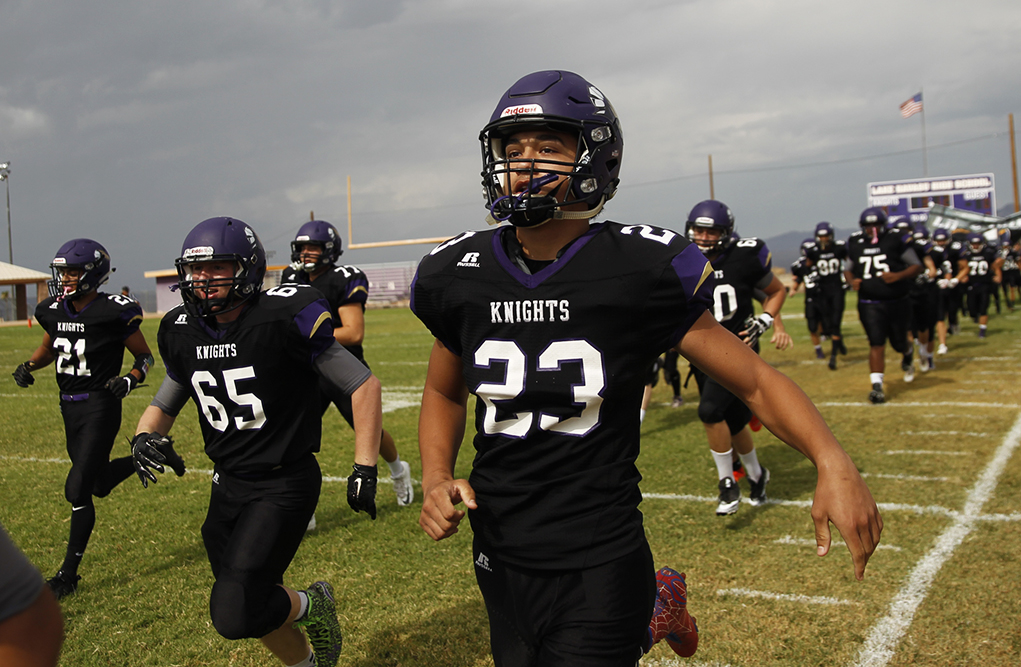 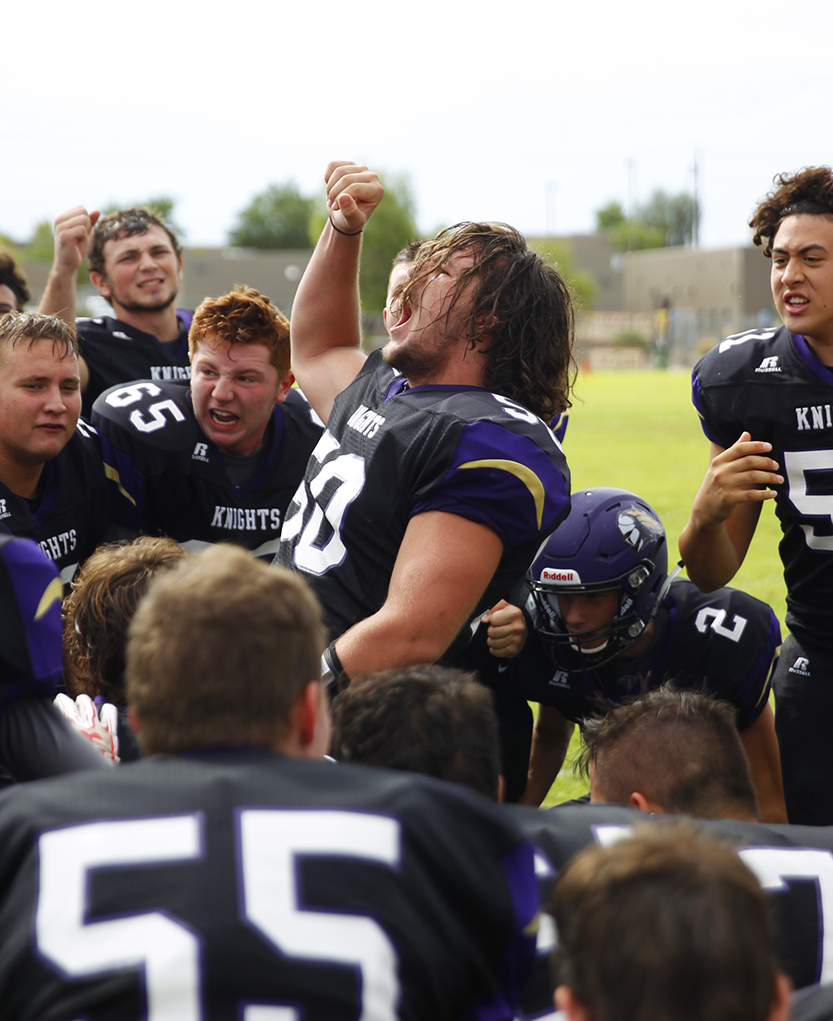 The Knights prepare for Saturday’s game with a pre-game chant. Jillian Danielson/RiverScene 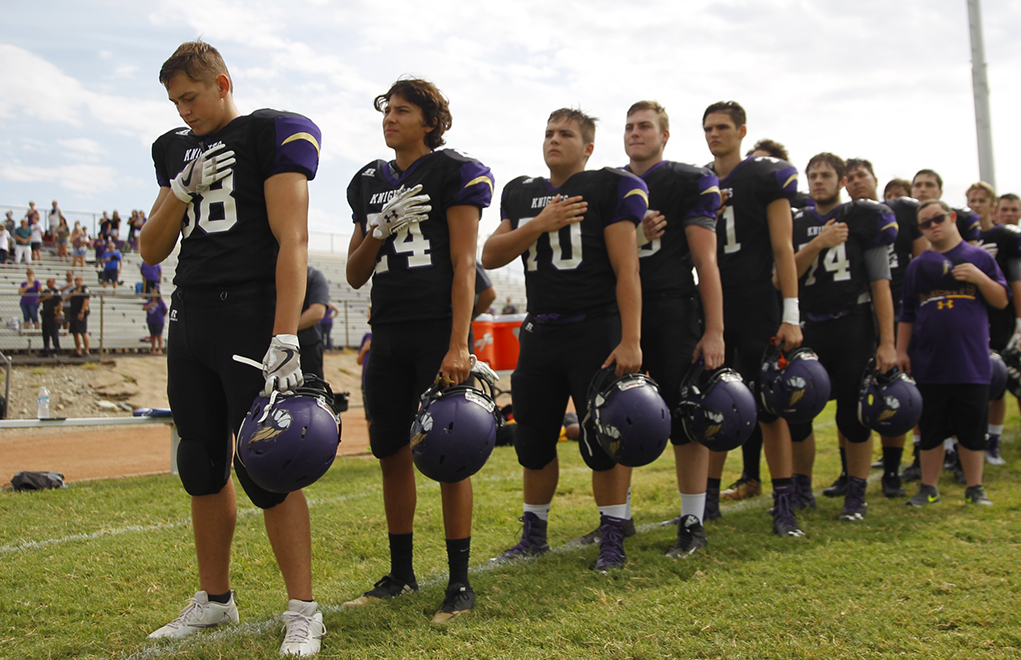 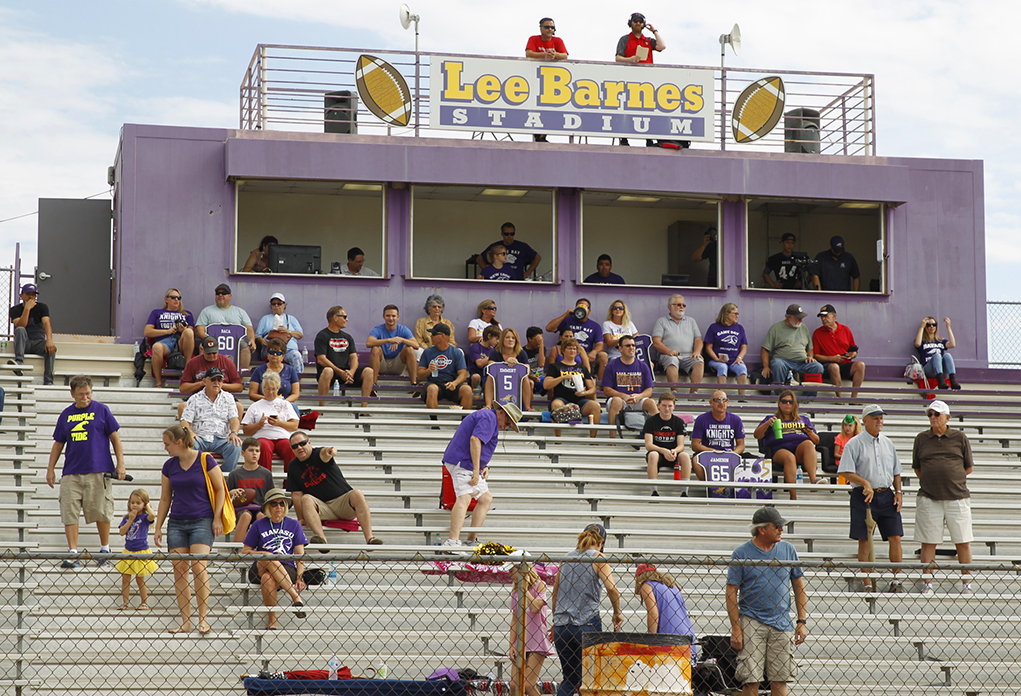 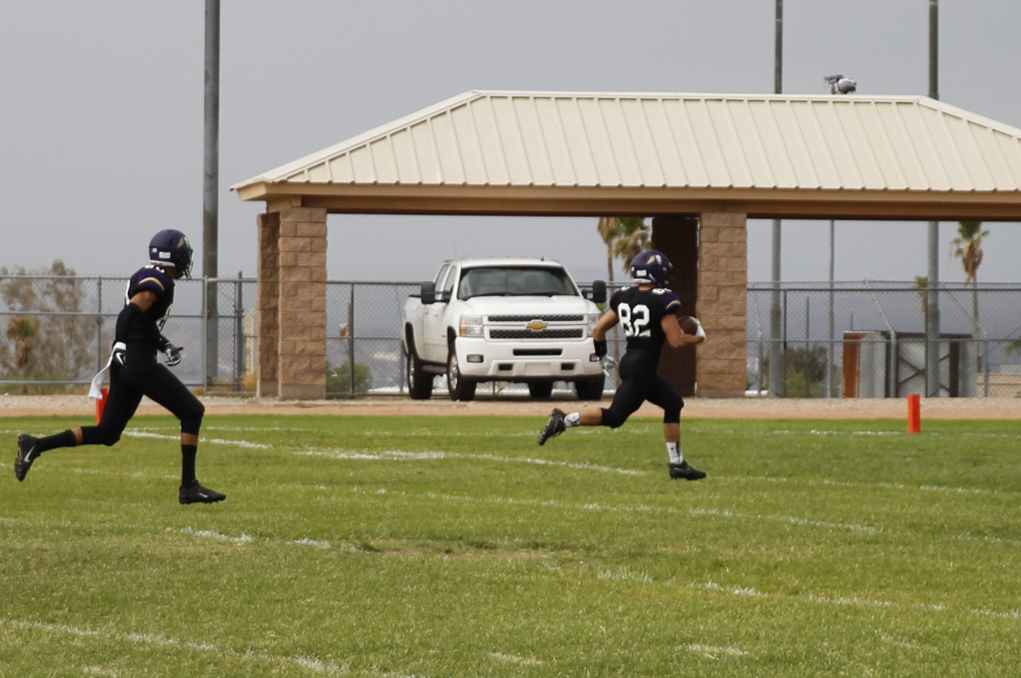 Kaleb Williams, 82, carries the ball down the field for a touchdown in the first quarter. Jillian Danielson/RiverScene 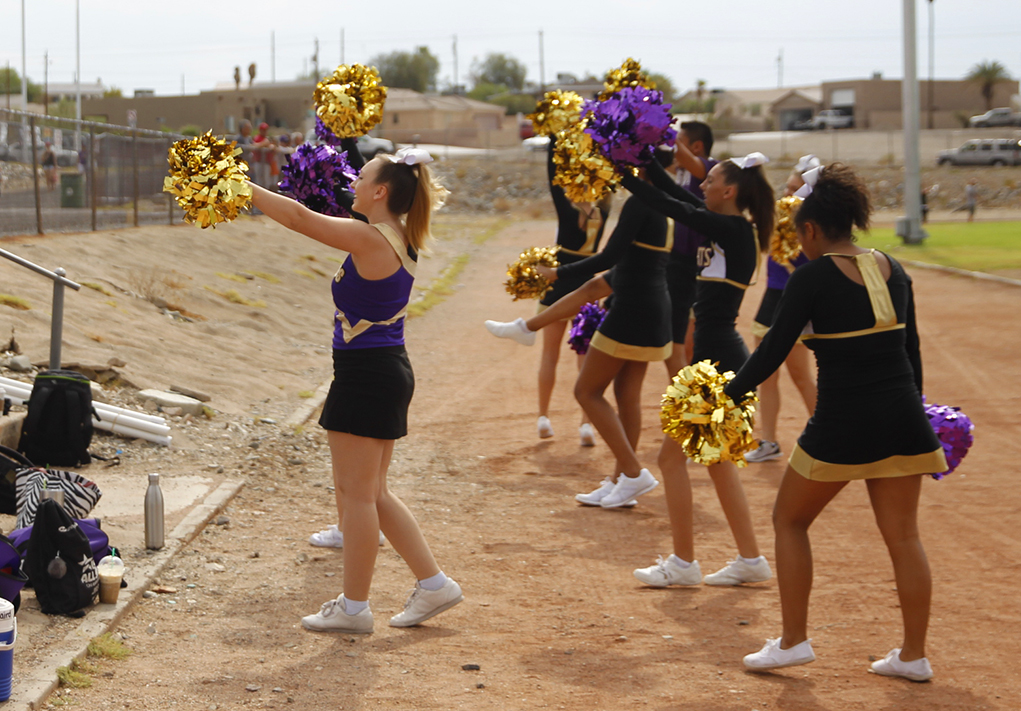 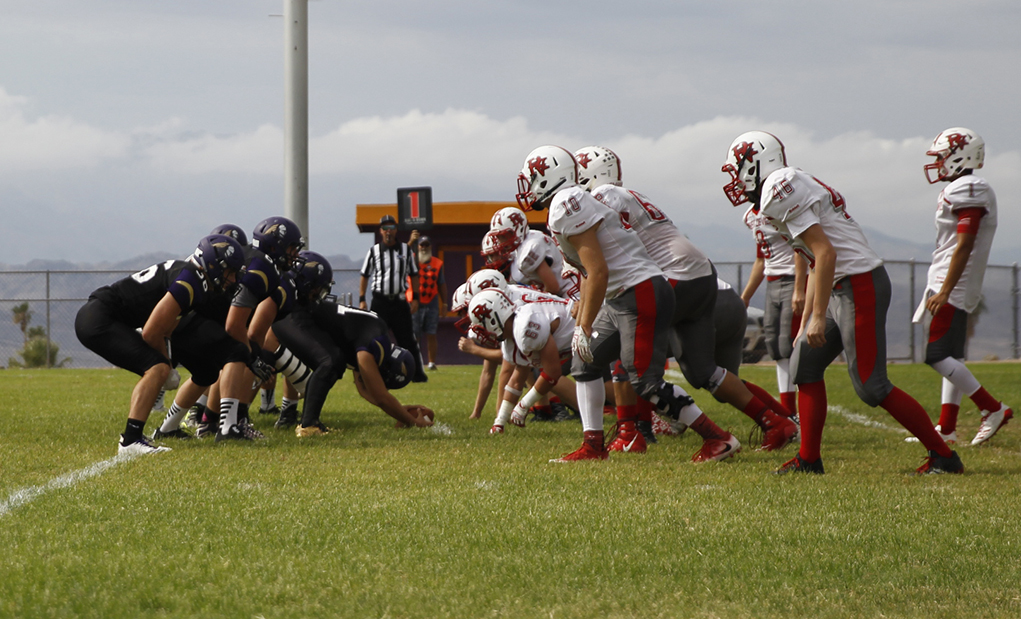 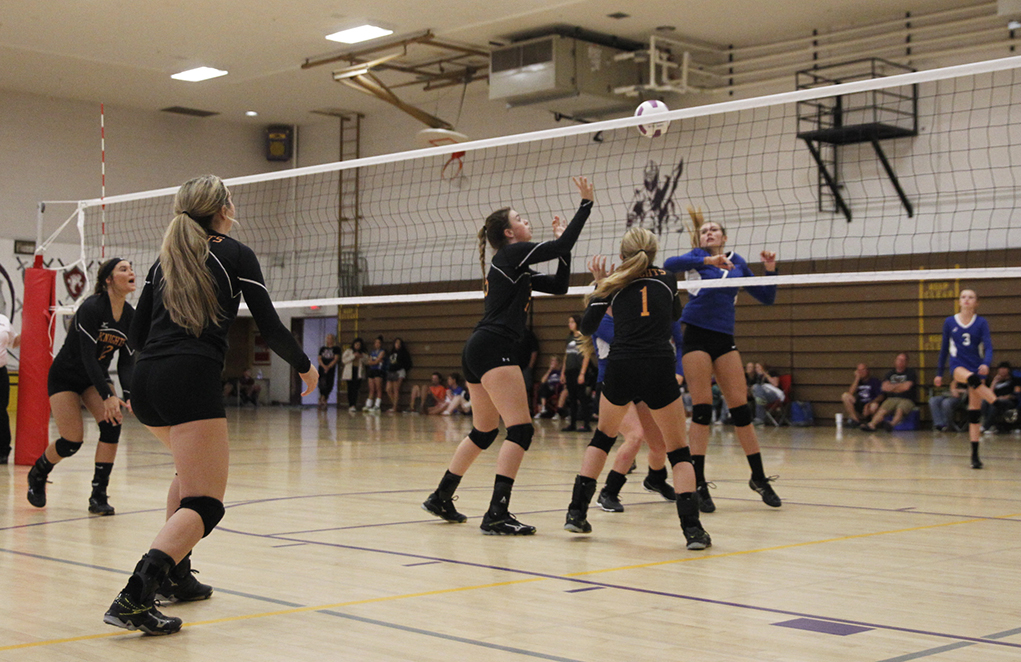 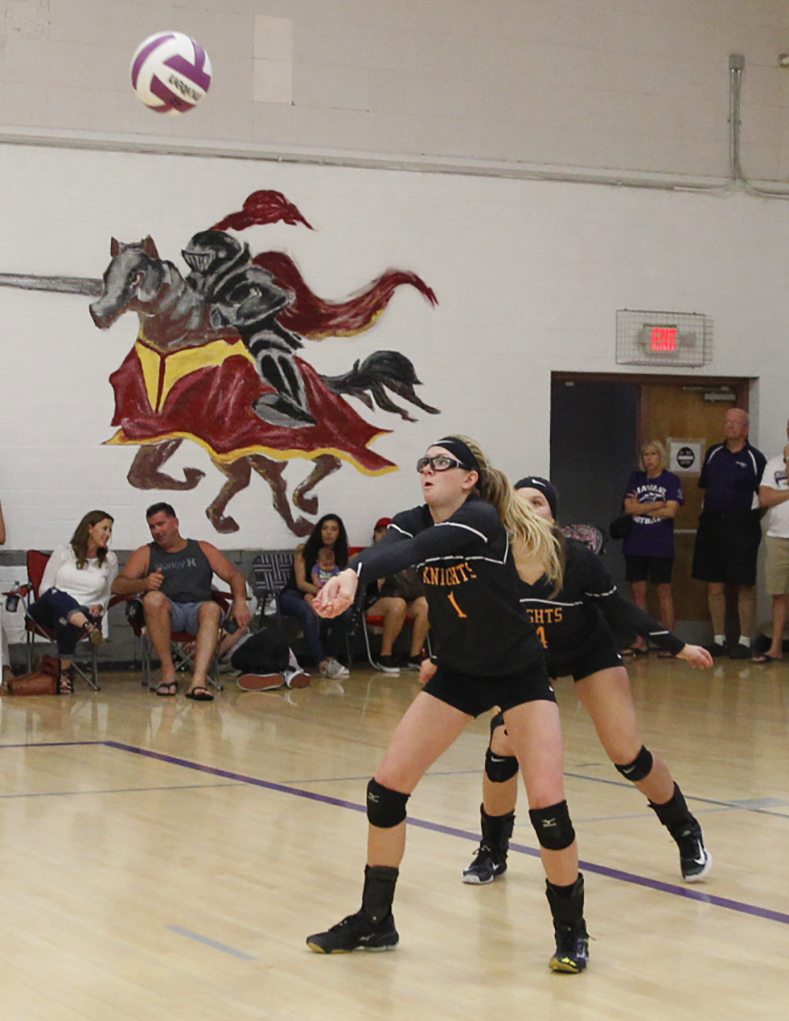 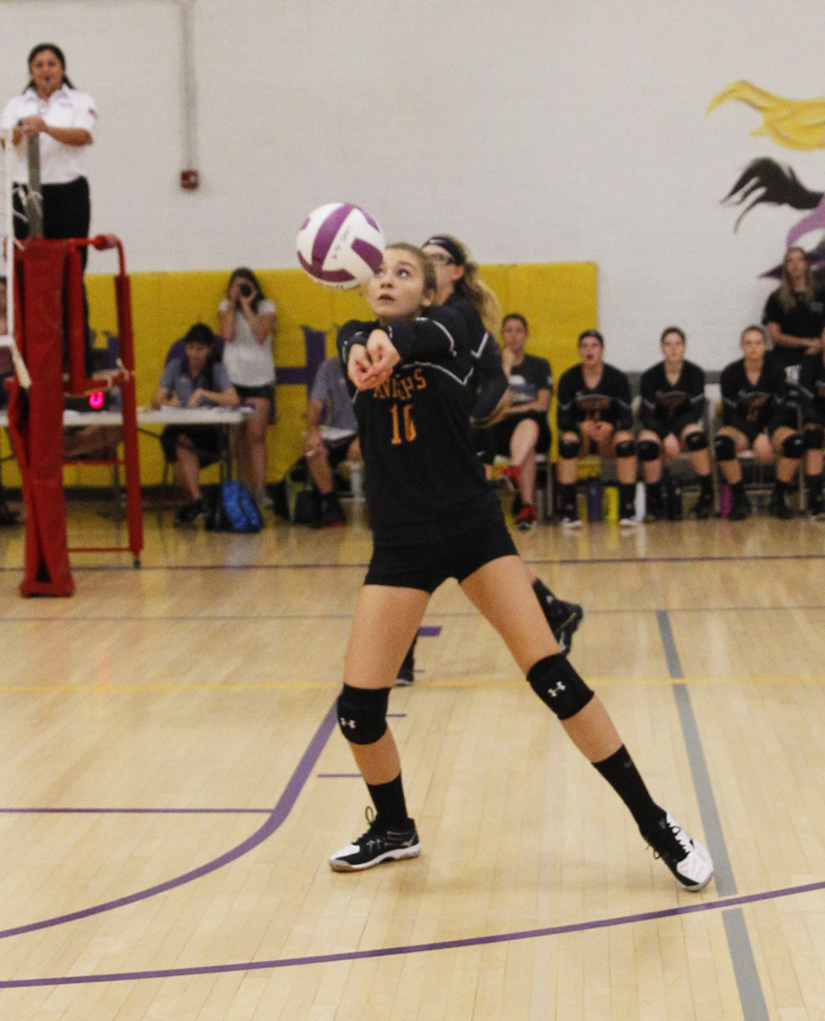 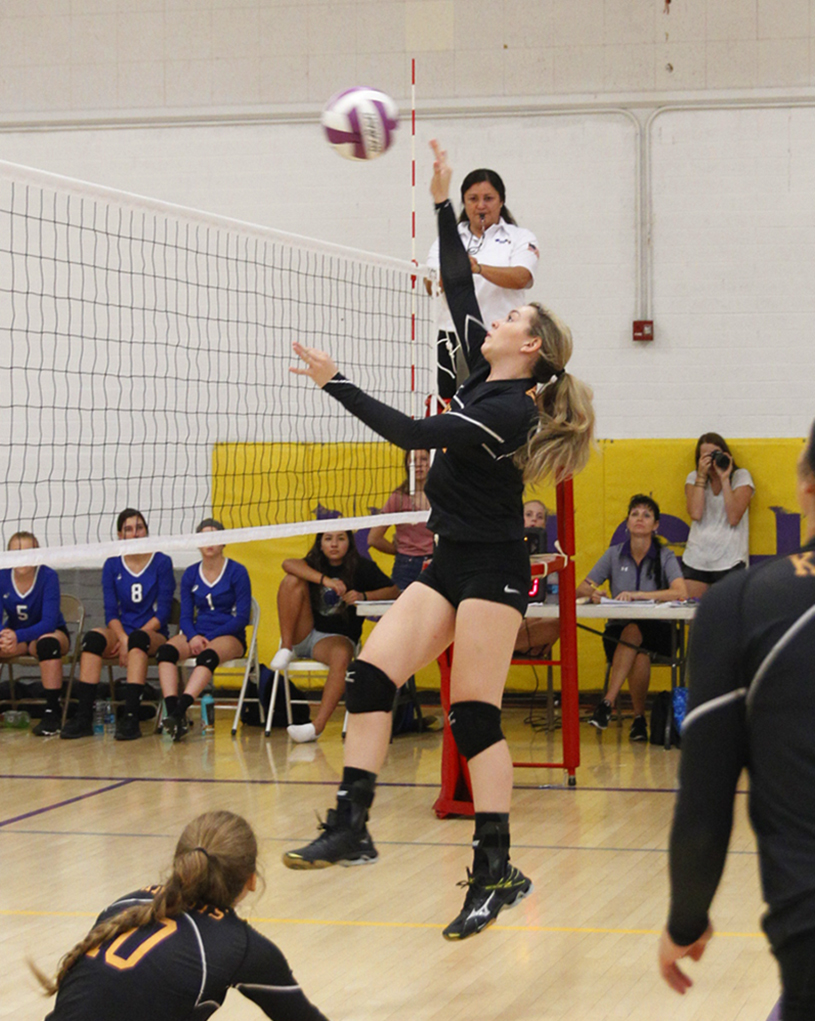